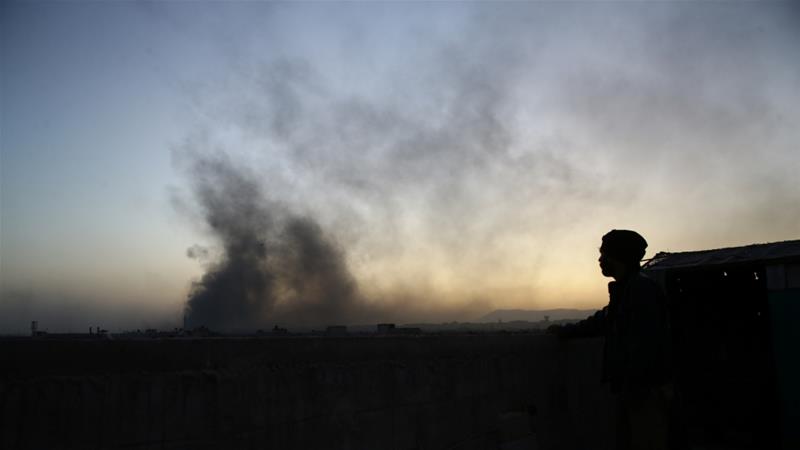 Five people have been killed in artillery fire in the Syrian capital, Damascus, according to a UK-based war monitoring group.

The Syrian Observatory for Human Rights (SOHR), which gathers details of casualties from a network of sources inside the country, said on Monday that 11 others were wounded in the attack on the neighbourhood of Bab Touma.

The government’s official news agency, SANA, confirmed the reports, saying those killed in the attack were civilians.

A source in Damascus police reportedly told SANA “armed groups deployed in several areas of Eastern Ghouta targeted the neighbourhood of Bab Touma with artillery shells, one of which hit a bus stop at the neighbourhood’s roundabout …”

SANA cited the source as saying that some were critically wounded, meaning the death toll was likely to go up.

It remains unclear who was responsible for the attack. No group has claimed responsibility.

According to the SOHR, at least seven others were wounded in shelling on other areas of Damascus.

Eastern Ghouta is an opposition-held area adjacent to Damascus, where the government of President Bashar al-Assad sits.

The proximity of Eastern Ghouta to Damascus makes it a key target.

Since 2013, the government has maintained a suffocating siege on the area in an effort to weaken the rebel groups, and continues to shell it despite a so-called de-escalation agreement meant to lessen the violence there.

The area is under the control of groups loyal to the Free Syrian Army (FSA), a loose conglomeration of armed brigades made up of Syrian army defectors and ordinary civilians, which receive financial and logistical support from the US, Turkey, and several Arab Gulf countries.

The four-year siege has led to a major humanitarian crisis, with severe food and medicine shortages.