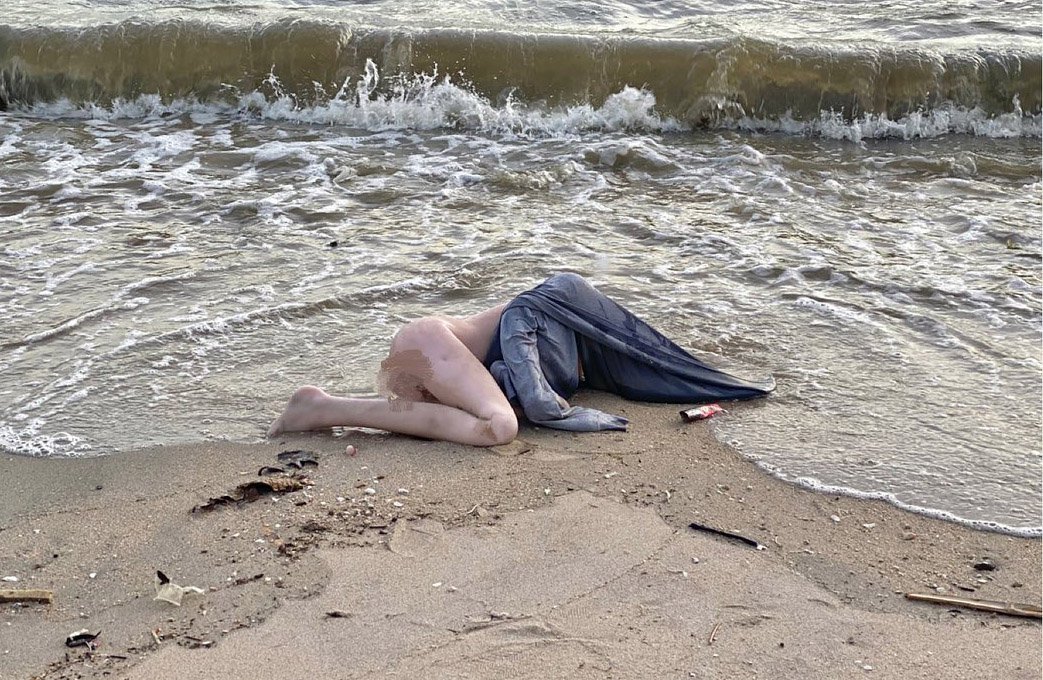 Tourists in Thailand were left horrified last week after stumbling across what they thought was a nude corpse on the on the beach.

Pictures show what appears to be a naked body with an uncovered leg lying on the ground with a grey dress covering the top half of the body.

The images were taken on Bang Saen beach in the Thai province of Chon Buri last Thursday.

But thankfully the ‘body’ turned out to be something far less sinister.

Naturally panicking, some worried beachgoers called the police to report the body.

Paramedics and cops rushed to the scene to find the victim – and soon discovered it was just a realistic sex doll without a head.

It is thought to be a Japanese model called the ‘AV Idol’.

Police think the doll may have been dumped in a canal or river and eventually ended up being in the sea, before being washed up on the beach.

The item is being kept at a local police station in case its owner decides they want to reclaim their doll.