A DEVOTED daughter volunteered at the same care home her father lived in so she could keep visiting him during the coronavirus lockdown.

Nina Ambrose, 49,was heartbroken when it was announced that there would be no visits to care homes, meaning she would not be able to see her father, Roger, 77. who moved to a care home in January. 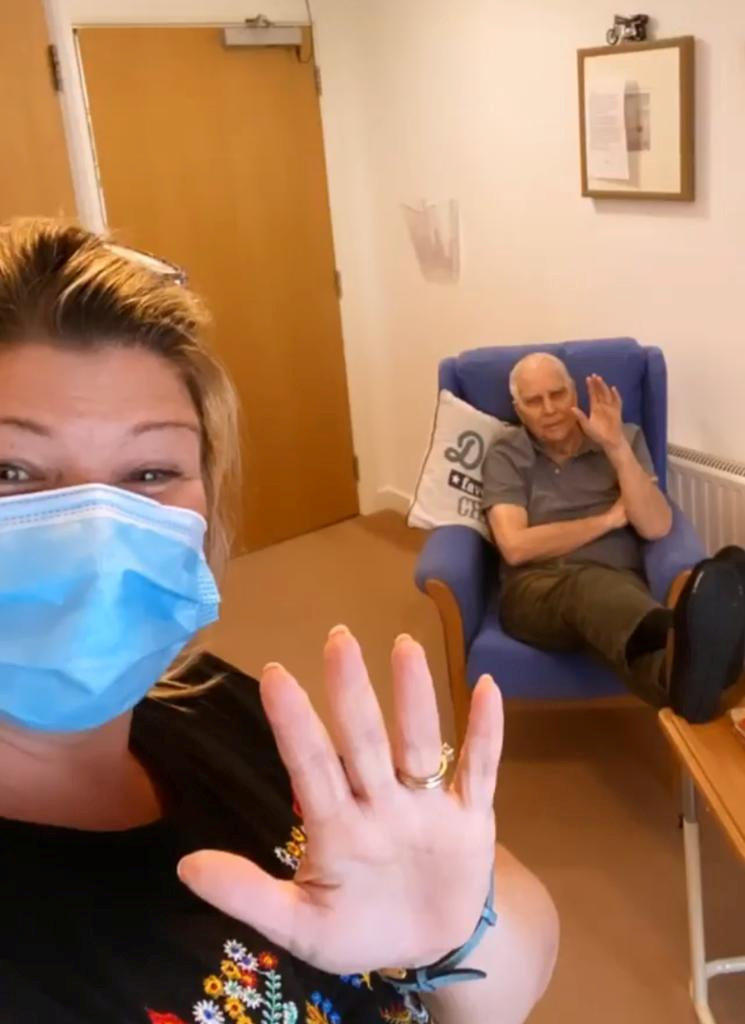 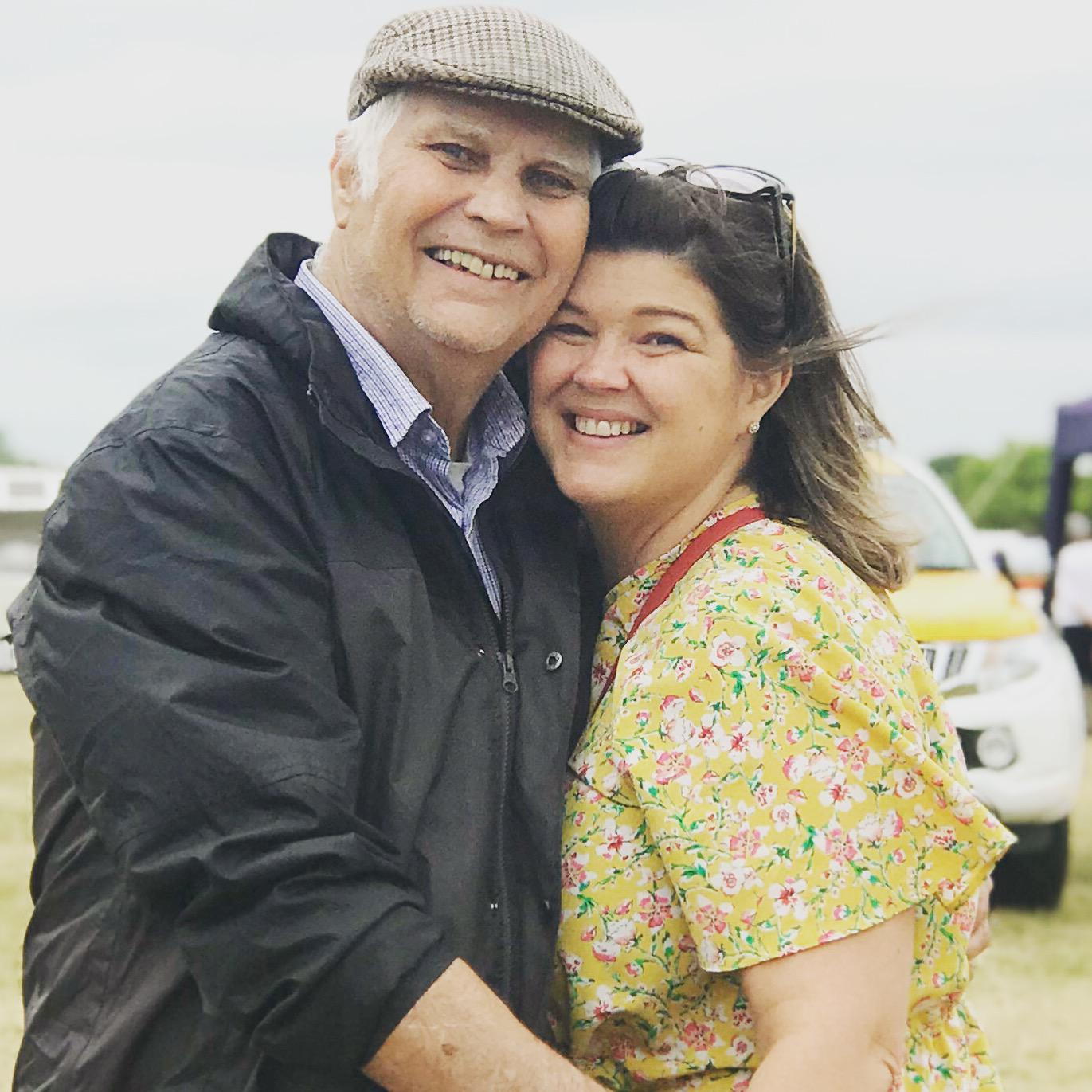 Roger, who has Alzheimer's disease moved to a care home in January.

After being furloughed from her job in cosmetics, she decided to apply as a volunteer at the same care home her father is in as an activities and events coordinator.

She has been working three shifts a week at the home in Chelmsford since April and makes sure she visits her father at the end of each one.

Nina, from Writtle, Essex said: "Without this, my mental health would absolutely have suffered during lockdown.

"It's lovely and rewarding to do, gives me a routine, and I've been able to meet residents and staff at a time which has been very isolating for many.

"Plus I'm seeing that everyone's dementia story and journey is different."

Roger, a former lorry driver has been living with the disease for 12 years and has seen his condition deteriorate in the last six months.

"Dad and I have always been very close, we're like peas in a pod. 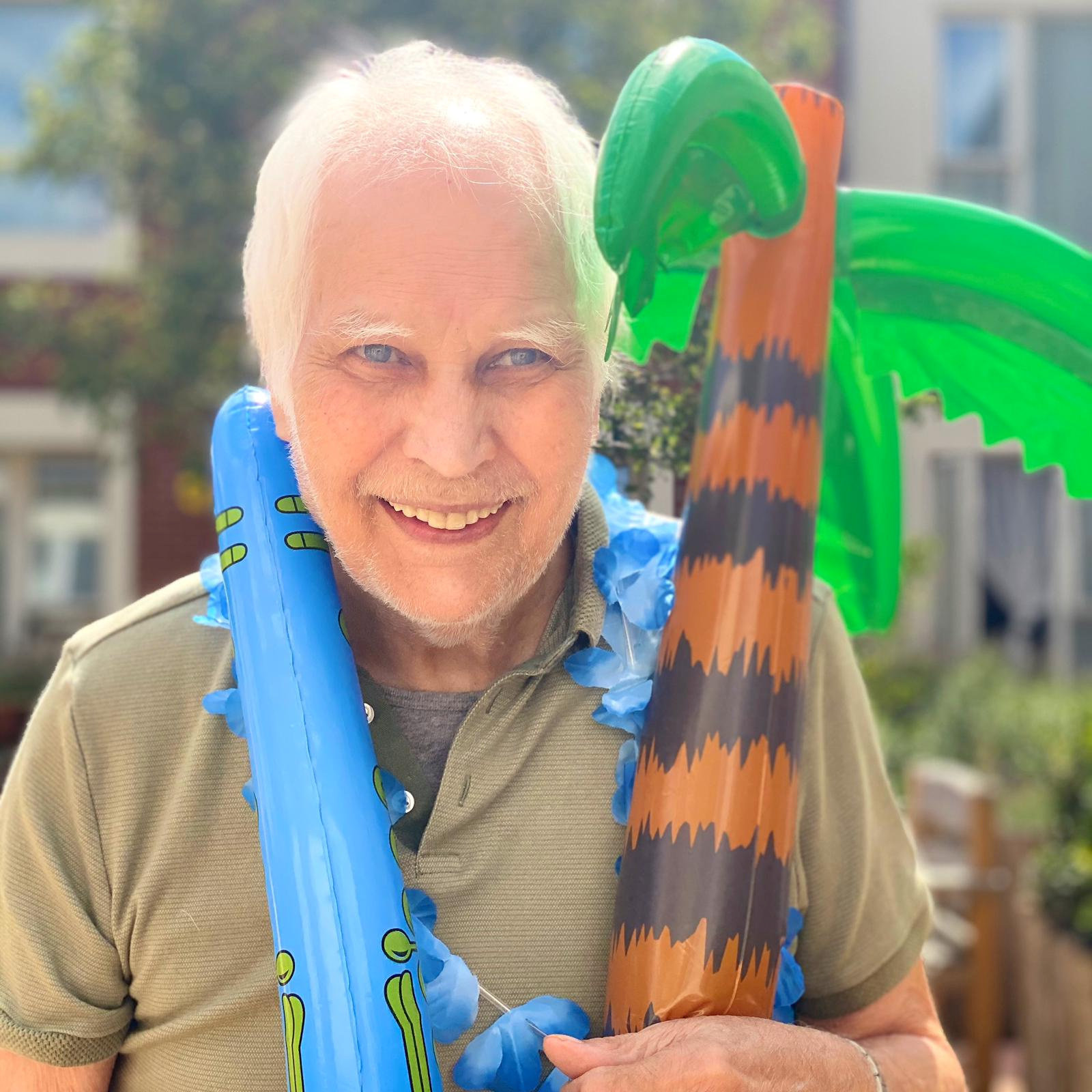 She added that he did a lot of volunteering work himself before he retired.

Nina used to work in culture and communications for Benefit and worked hard to make sure her father was able to remain at home for as long as possible.

He was unwillingly moved to Manor Lodge care home in January.

Initially, Nina was able to visit him a few times in a week but was not able to see him at all for five weeks as a result of the lockdown rules.

After being made redundant three weeks ago, she believes her volunteer job has made her consider a new career path in care.

It makes the residents so happy, when I go in, they start clapping and saying, 'sing sing', and they remember all the old songs.

"Music has such a big impact on people with dementia.

"It's been a massive game changer.

"I wouldn't have considered doing this job before, but this has absolutely inspired me.

"I feel I've got so much to give. I love to make people happy and make them smile.

"I'd like to spread that joy around as far as I can by working each weekday in five different care homes." 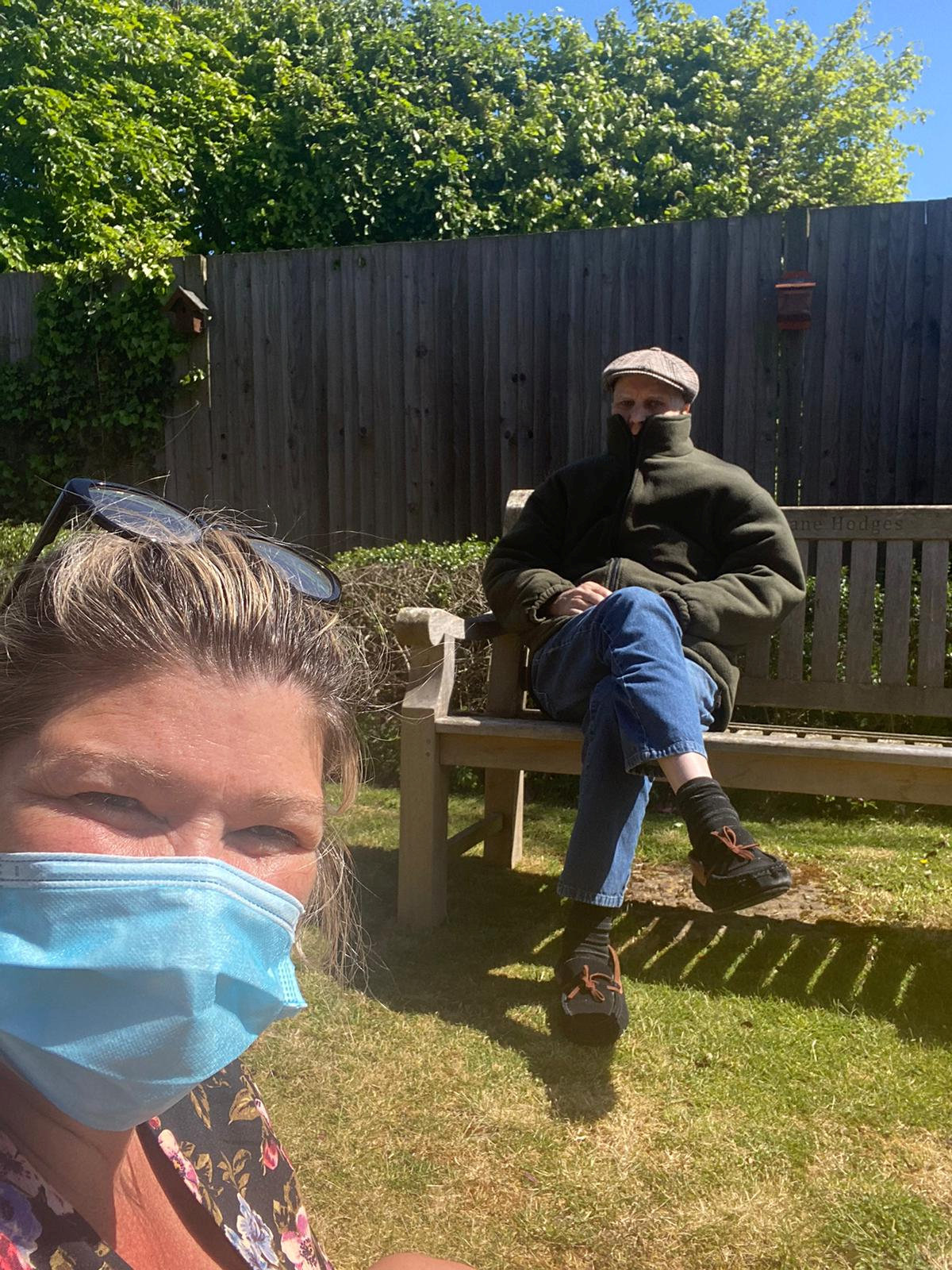 For Roger's birthday, they celebrated by having cake and singing happy birthday.

Nina often buys him pictures of cars and buses which can be painted by brushing over water as he is a fan of art.

She is now able to deliver his presents herself as a result of her shifts at the home.

She is moved as her father's story was one of 20 selected for London's Empathy Museum.

She aims to inspire others in similar situations by chronicling her father's journey through her Instagram page, @rantsandbigplants.

Technology was used to maintain his independence before he moved into the care home.

Nina installed a camera and remotely guided him on how to make a cup of tea for himself.

She offered advice to people by saying: "Don't be scared; it doesn't have to be all doom and gloom.

"You can tap into what made people happy and the activities they once enjoyed at whatever level they can enjoy them now.

"I tell Dad the same joke every week and he laughs his head off.

"People love mine and Dad's story, they love that we laugh.

"I had so many fears about what Dad would become but I forewarned myself and these difficult stages are easier for that." 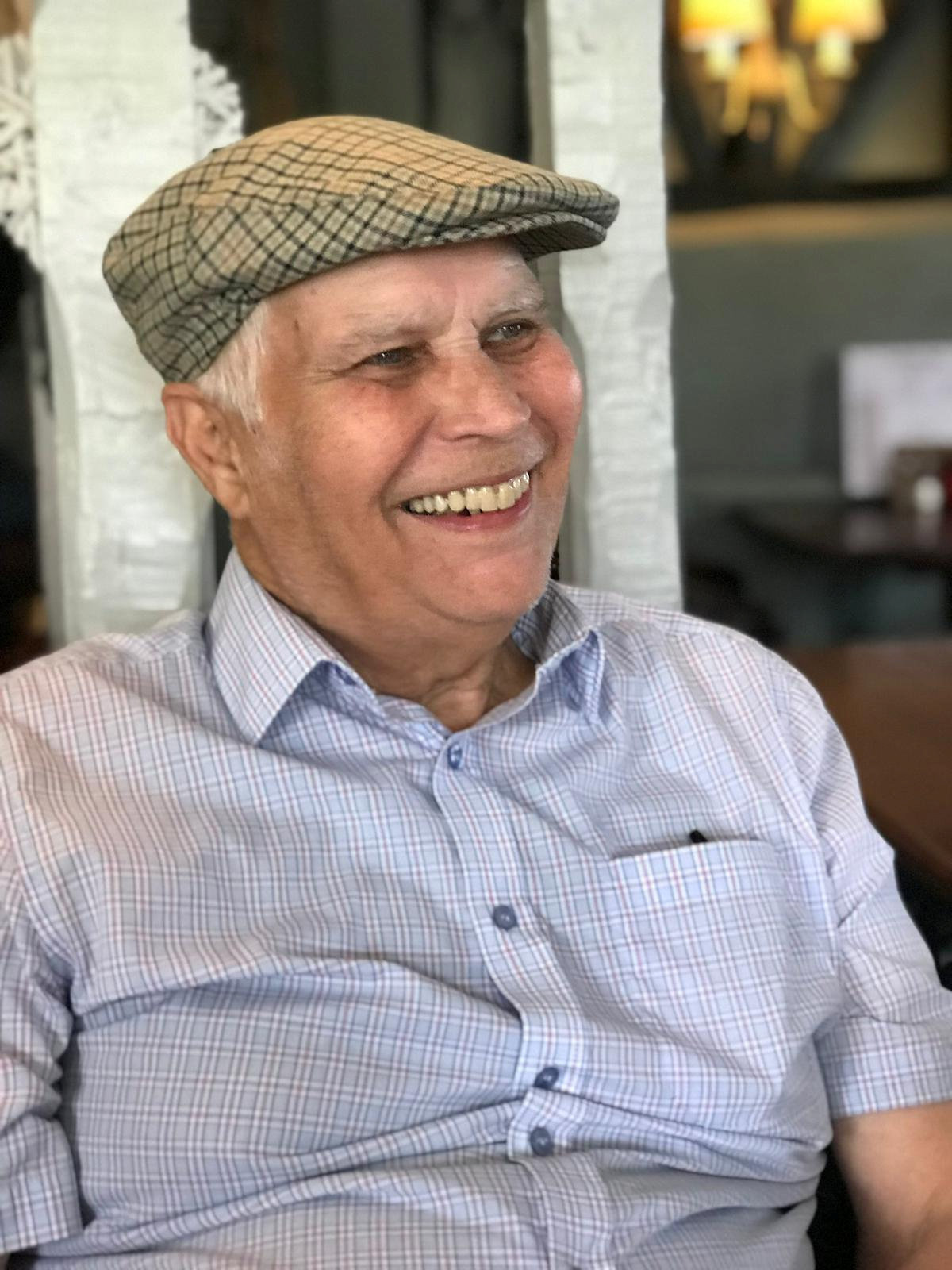 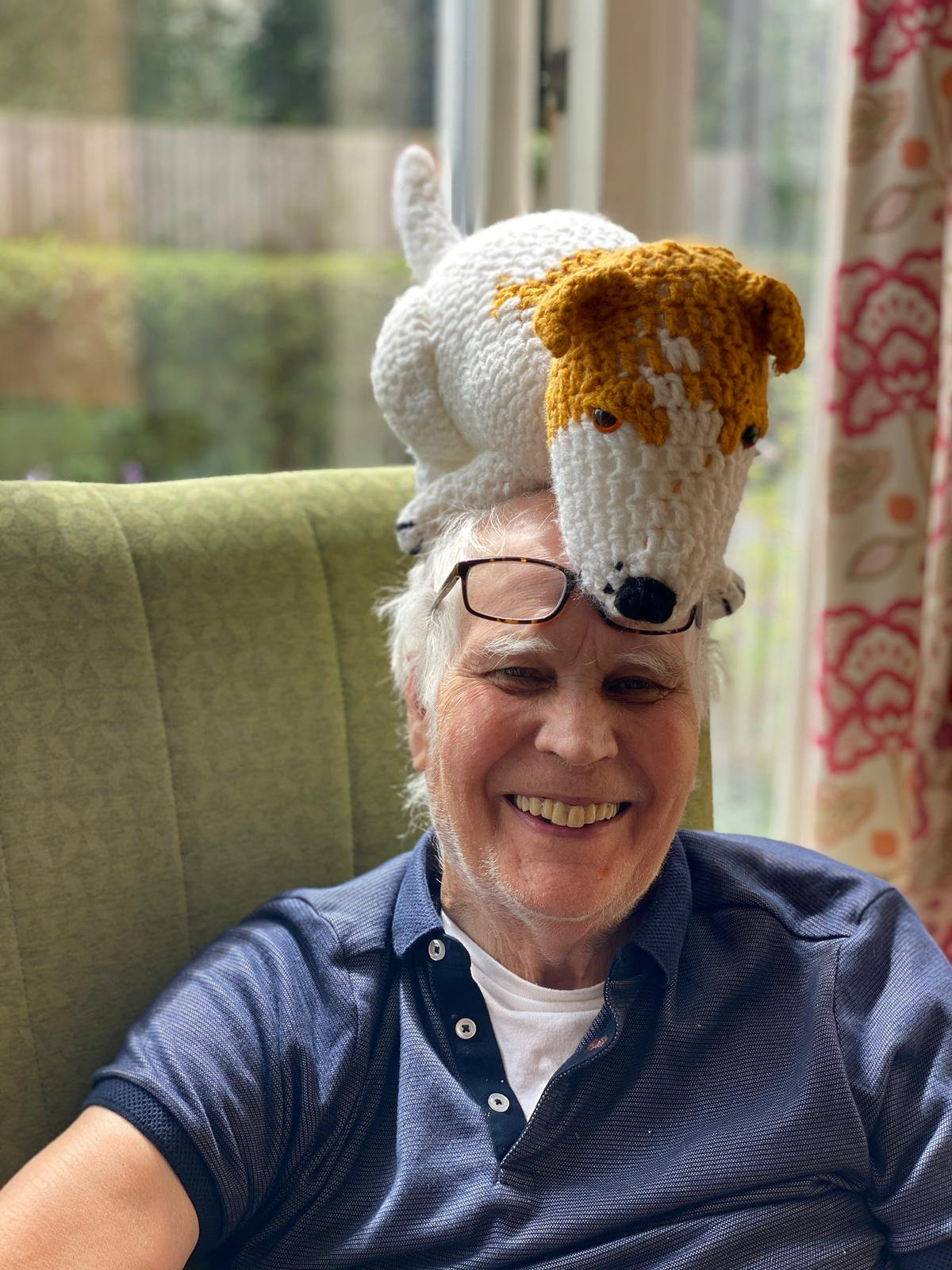