A DAD stabbed his children's grandmother before ordering his Rottweiler to kill her as his kids watched on and wept.

McCauley Caldeira, 25, seemed to be "possessed by a demon" when he bit his kids' grandmother's leg, stabbed her twice and then ordered his dog to attack her. 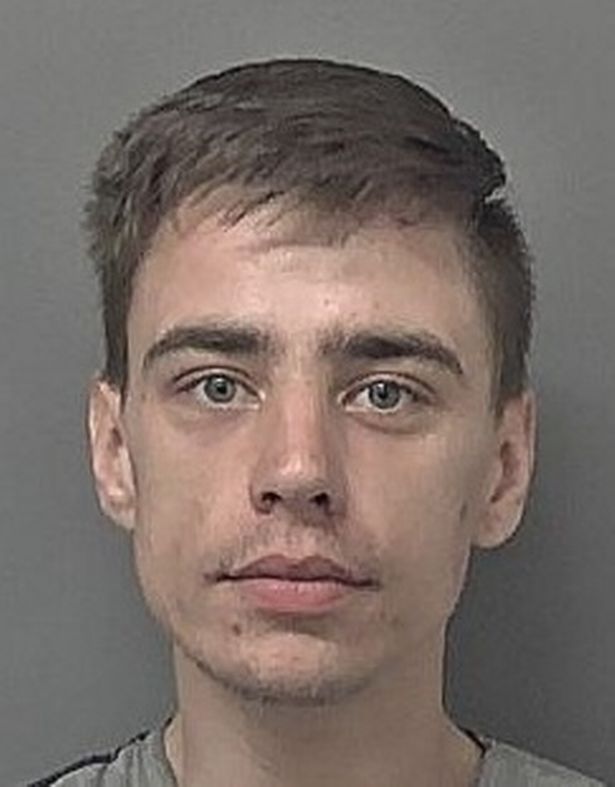 Caldeira was rolling around in the mud outside his girlfriend's house in Hull when he was locked outside on August 27 last year, the Hull Daily Mail reported.

Cops were told that Caldeira had his "mind opened" by watching videos of physicist Albert Einstein, entrepreneur Elon Musk and boxer Mike Tyson.

A 15-year-old boy was also caught up in the attack as he passed by the house.

Caldeira tried to get his dog to attack the boy as well before punching him.

Caldeira's terrified family locked themselves in a bedroom upstairs in the house to keep the frenzied attacker away.

He had been in a "turbulent" relationship with his girlfriend for seven years before she found out he was using synthetic marijuana, Hull Crown Court heard.

The couple split up but Caldeira stayed at his girlfriend's house for a few days from August 26.

Caldeira answered the door to the grandmother of his kids, and kissed her on the neck and told her he loved her.

Prosecuting lawyer Michele Stuart-Lofthouse said: "She was in the kitchen with her daughter and two grandchildren when the defendant came into the room and then ran outside.

“He started rolling around in the mud saying that he loved nature and the earth.”

The grandmother noticed something was “seriously wrong” and tried to lock the door to keep her and the kids safe.

Caldeira managed to push himself back inside and shouted "this is my f*****g house and my f*****g kids".

He then lunged at his children's grandmother and but her on the leg.

Caldeira picked up a six-inch knife and stabbed her in the back.

Ms Stuart-Lofthouse said: "She could see her grandchildren crying hysterically."

Caldeira then stabbed her again in the chest, and told his Rottweiler to attack her by shouting "f*****g attack her, f*****g kill her".

The dog bit the woman on the arm, but Caldeira's girlfriend was able to wrestle the knife from him.

The shirtless attacker ran outside and began shouting in the garden.

Caldeira went back into the house but couldn't get into the bedroom where the family was hiding.

He was taken to the police station where he stripped naked in his cell, defecated on the ground and wiped his faeces on an intercom.

Caldeira was sentenced for six offences including threats to kill, wounding with intent and assault occasioning actual bodily harm.

He was jailed for six years and nine months.