Warning to Aboriginal and Torres Strait Islander readers: This story contains images and references to a deceased person.

A Victorian coroner will call for urgent reform of the state’s controversial bail laws after finding cruel and inhumane treatment of an Indigenous woman caused her preventable death in jail.

Coroner Simon McGregor’s plea for the Andrews government to improve the criminal justice system’s treatment of Indigenous Australians is contained in highly anticipated findings of the inquest into Veronica Nelson’s death. 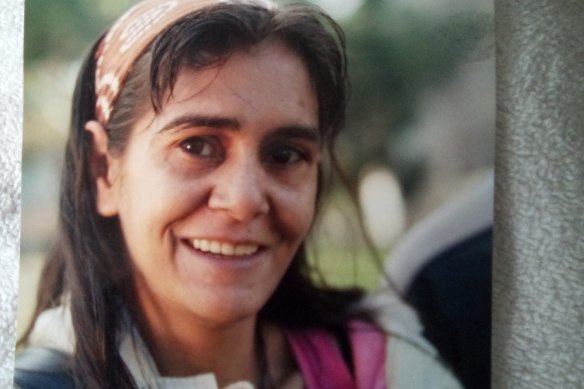 Veronica Nelson died in prison in January 2020 after calling for help about 40 times.

Sources with knowledge of the confidential report have briefed The Age and The Sydney Morning Herald on McGregor’s key findings and confirmed the coroner will use Nelson’s death to call for landmark changes to Victoria’s justice system.

The coroner’s expected findings will come as the Andrews government plans to move on stalled reforms to the state’s tough bail regime.

Government sources said many senior ministers supported the reforms, but they conceded the government was reluctant to embrace change in the lead-up to last year’s election because of the sensitivity of law and order issues.

The coroner will release the final report on Nelson’s death next week, and sources said McGregor would find aspects of her treatment were “cruel” and “inhumane” and that her death was preventable.

The bail regime was toughened after the 2017 Bourke Street massacre to help keep repeat violent offenders out of the community, but it has also led to the incarceration of large numbers of vulnerable Victorians, including women and Indigenous Australians, for relatively minor crimes.

The report, when released, will also recommend the government review the 1991 findings of the landmark Royal Commission into Aboriginal Deaths in Custody, which have never been fully implemented.

Nelson was withdrawing from heroin and suffering from an undiagnosed medical condition when she was arrested on suspicion of shoplifting in January 2020.

The 37-year-old was found dead in her cell at the Dame Phyllis Frost Centre, despite using the prison intercom system to buzz for help about 40 times.

Based upon the yet-to-be released report, sources say McGregor will make highly adverse findings about prison personnel, including employees of private healthcare provider Correct Care Australasia (CCA). He is expected to conclude that their actions, or failures to act, variously contributed to the death of Nelson after she arrived at the prison on remand for alleged shoplifting and bail offences.

McGregor will find her death could have been prevented if various CCA staff had given Nelson adequate medical screening and appropriate ongoing monitoring, and had called for an ambulance to take her to hospital.

Instead, staff sent Nelson from the prison’s health centre to a cell in its mainstream custody area, where she died.

In findings that will resonate around Australia given the ongoing concern about the continuing high rate of Indigenous deaths in custody in private and publicly run prisons, sources say McGregor will refer CCA to the Victorian Director of Public Prosecutions to consider whether the firm should be prosecuted for breaching the state’s health and safety act.

He will also call for the arms of the justice system, including police, courts and jails, to improve their interaction with Indigenous Australians accused or convicted of crimes.

Australian Institute of Criminology statistics show that 11 Indigenous people died in police and prison custody around Australia in the September quarter, the worst three-month result since at least 2017. In the year to the end of September, 29 Indigenous Australians died in custody.

The coroner will also criticise Corrections Victoria in his final report, and find that its employees and processes contributed to the failure to provide adequate healthcare.

State government oversight bodies that are meant to investigate prison incidents and identify when human and systemic failures contribute to a death in custody should also be overhauled, McGregor will conclude.

He has also focused on how broader failures within the state’s criminal justice system contributed to a series of actions that led to Nelson’s remand and ultimate death.

Along with reforms to the state’s bail laws, McGregor will call for police, prosecutors and the court system to do more to protect the legal and human rights of Indigenous people accused of crimes.

The senior judge whose review led to the tough bail laws being introduced, Paul Coghlan, recently told The Age and the Herald that too many people accused of minor crimes were being jailed.

“People charged with crap don’t get bail because they are incapable of having their affairs organised,” Coghlan said in a frank concession the system he helped design was failing.

McGregor has concluded Victoria’s bail regime is leading to the imprisonment of far too many Indigenous Australians, and parts of the system should be repealed to reduce the disproportionate impact on vulnerable inmates.

Along with moving to reform the bail system, the Andrews government recently moved to shift the provision of some healthcare in jails to not-for-profit providers and did not renew its contract with CCA. However, private US prison health provider GEO Group still provides healthcare in many Victorian prisons.

Nelson’s family have given permission for her photograph to be used.