Multi-millionaire financier Crispin Odey, 63, faces fresh sex claims less than two years after he was cleared of indecent assault and told he could leave court with his ‘good character intact’ as hedge bosses vow to take allegations ‘extremely seriously’

The claims against the 63-year-old – worth an estimated £823million – will be treated ‘extremely seriously’, the management of his hedge fund confirmed yesterday.

This latest allegation comes less than two years after Odey was cleared of indecent assault at a trial in March 2021, where he was accused of assaulting a woman after inviting her back to his home in Chelsea in 1998, while his pregnant wife was away.

Odey was acquitted however and told by the judge he could leave court with his ‘good character intact’.

However, the Tortoise news website reported in a podcast that a woman had allegedly complained of sexual misconduct towards her by Odey – after the trial had ended. 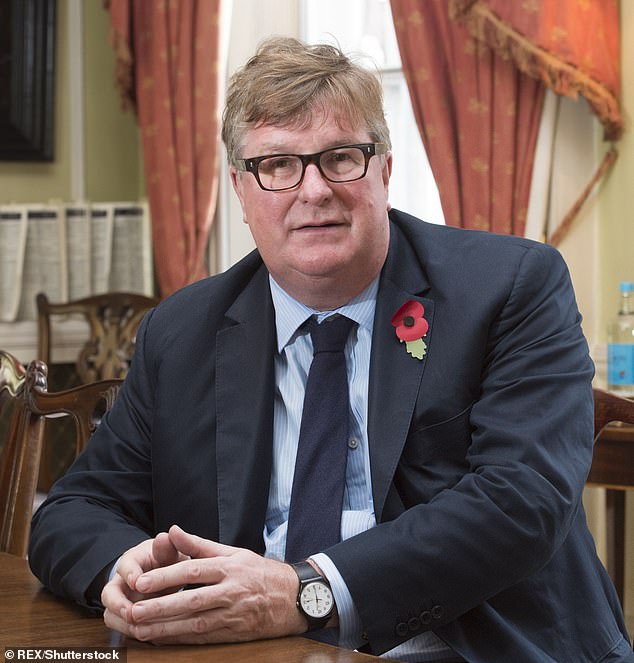 The alleged incident is said to have occurred last year but it is believed to have not been reported to the police, the Times said.

Odey told Tortoise that the claims contained ‘very many falsehoods and inaccuracies’. He declined to comment further when contacted by the Times last night.

The executive committee of Odey Asset Management, the firm he founded in 1991, said it was ‘independent to Crispin Odey and treats all allegations extremely seriously’.

Last year, Westminster magistrates’ court heard that Odey had been accused of assaulting a woman after inviting her back to his home in Chelsea in 1998, while his pregnant wife was away.

Odey, then 39 and the boss of his own successful city firm Odey Asset Management, had invited the 26-year-old woman to his home in west London, for a business meeting. She had gone along thinking it would, ‘further her career’.

The hedge fund boss, an arch Brexiteer and Tory donor, admitted propositioning the woman, but denied touching her. 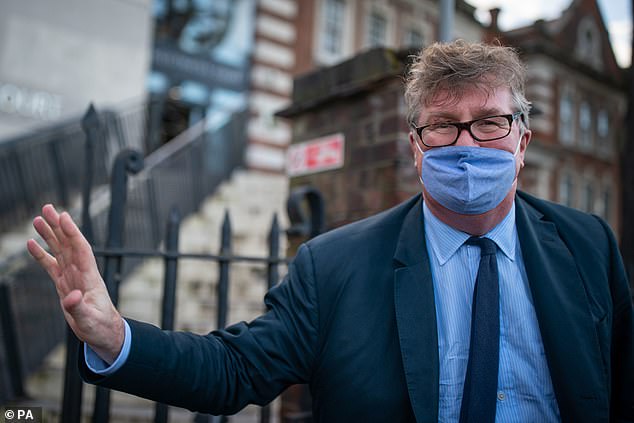 The alleged incident is said to have occurred last year but it is believed to have not been reported to the police, the Times said

Speaking for the first time about the claims as he gave evidence at his trial, the businessman admitted that the episode had put a strain on his 30-year marriage, admitting he’d been forced to tell his wife and children about the incident.

Mr Odey, who was married with children at the time, admitted that he had ‘made a pass’ at the woman during the incident in 1998 when he was aged 39.

But he denied her claims that he had ‘acted like an octopus’ by putting his hands down her shirt and up her skirt before she fled the scene.

Returning his verdict at Westminster Magistrates’ Court today, district judge Nicholas Rimmer said: ‘I am left unsure of (the complainant’s account) because despite the strength of her emotion and tears, her credibility has been thrown into question and her evidence is riddled with troubling inconsistencies.’

Giving evidence from the witness box Mr Odey said: ‘I am embarrassed to say if she had gone along with it, I would have gone further.’

Asked if he would have ‘taken the opportunity’ to sleep with her that night, had it arisen, Mr Odey replied: ‘I might have … I don’t know, it didn’t happen.’

Defence counsel Crispin Aylett QC cited ‘contradictions’ in her evidence and said she had a ‘natural tendency to embellish and exaggerate’, which he said made her ‘look like an unreliable historian’.

The court heard the complainant went to the police in 2017 in the wake of the #MeToo movement, which sprang out of widespread disclosures about disgraced film mogul Harvey Weinstein’s sexual misconduct.

Mr Aylett, summing up, said she ‘waited and waited until events on the other side of the world led her to believe she might become a standard bearer for a regiment of other complaints against Crispin Odey’.

The judge, returning his verdict, said: ‘I find troubling her (the complainant’s) obvious preoccupation with the press, with your money, and her apparent desire for publicity of her complaint.’

He added: ‘Where there is any doubt in a criminal case, given the high standard of proof, it must be resolved in favour of the defendant. 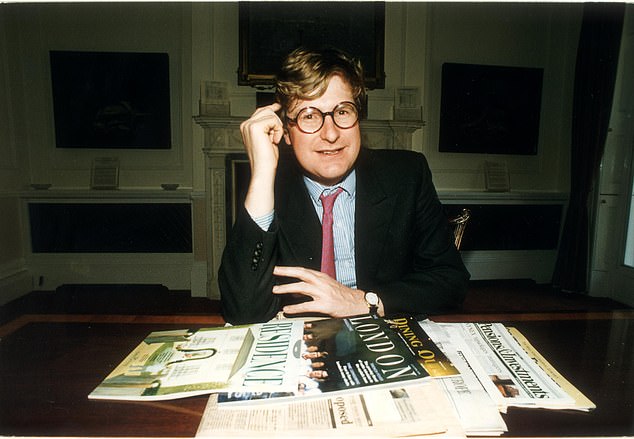 Mr Odey pictured in 1995. Recalling the evening, the financier said he invited the ‘attractive and clever’ woman to his home in Chelsea, West London, after meeting her at his office at trial in March 2021

‘I cannot dismiss the possibility that no more than your unwanted verbal advance or proposition to the complainant occurred on the evening in question.’

The judge said he found it ‘unsurprising’ that the Crown Prosecution Service initially decided not to charge Mr Odey, something subsequently reviewed and overturned by a chief crown prosecutor, despite no ‘stronger evidence’ emerging.

Addressing Mr Odey directly, the judge said: ‘I find you not guilty of this offence.

‘I acquit you, and you will leave this courthouse with your good character intact.’

But after his acquittal, The Sunday Times published an account from another woman who alleged that Odey had groped her breasts in a restaurant in 2008.

She reportedly complained to him the day after and received a letter from Odey which said: ‘I am really sorry. It didn’t feel like that kind of night and I certainly didn’t want to embarrass you . . . Is it unfair to feel so confused by your card?’

Odey declined to comment to the Times when approached about the allegation.

The survey is said to have included questions about whether employees felt comfortable reporting inappropriate behaviour in the workplace, however the results were not made public. 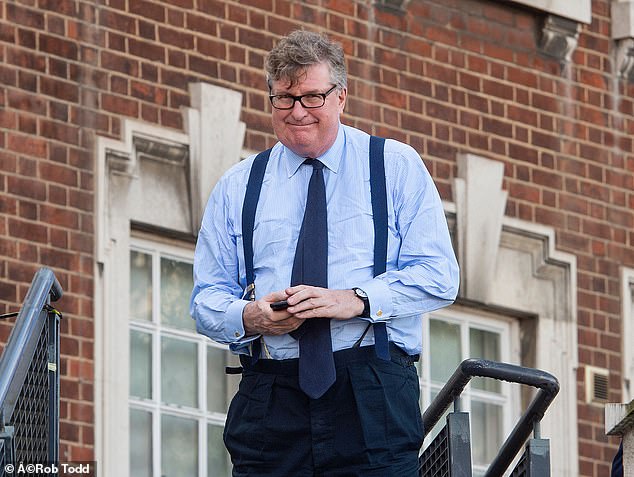 In 2008, Mr Odey earned £28 million after successfully predicting the credit crunch, and backed a no-deal Brexit, but denied he was doing so in order to profit from a fall in the value of British companies

In 2008, Mr Odey earned £28 million after successfully predicting the credit crunch, and backed a no-deal Brexit, but denied he was doing so in order to profit from a fall in the value of British companies.

The vocal Brexit backer, who is worth about £800 million, according to the Sunday Times Rich List, was briefly married to media mogul Rupert Murdoch’s eldest daughter Prudence in the mid-1980s, and has courted controversy over the course of his career through his investment strategies.

In November 2020 he stepped down as chief executive of Odey Asset Management, the company he founded in 1991, saying he would focus on managing his own funds.

As well as being a top hedge fund manager, Odey has played an active role, both publicly and personally, in supporting the Conservative party.

He financially supported the campaign for Brexit and once employed the former chancellor Kwasi Kwarteng.

His company, Odey Asset Management donated at least £1.7 million to the Conservative Party and pro-Brexit campaigns in the past decade.

Odey also made personal donations to Boris Johnson’s leadership campaign and had a private lunch with Kwarteng in July this year before Liz Truss became prime minister.

Mr Odey has been approached for comment by the MailOnline.