Members of a tobacco smuggling syndicate played a key role in setting up a police sting to bring down a Melbourne father who was plotting to kill a Christian pastor over the breakdown of his marriage.

Pierre Assaad was distraught and crying about his son’s ailing marriage when he accepted the help of a criminal figure with links to the illicit tobacco trade at a cafe meeting in Melbourne’s north-west. 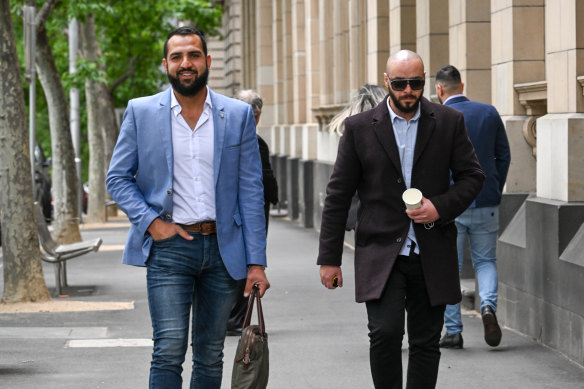 Assaad, whose own marriage had crumbled years earlier, believed his then-estranged daughter-in-law was “ripping off” his son, John Assaad, and wanted something done about it.

The man introduced Assaad to an undercover police officer known as “Operative 308”, who posed as a contract killer as part of a police operation to gain the father-of-five’s trust and arrest him.

Sources familiar with the case, who cannot be named for legal reasons, told The Age that Victoria Police’s Purana Taskforce used two prominent criminals to arrange a meeting between Assaad and the undercover operative at a Bunnings carpark in Craigieburn in 2020.

The since-dismantled police unit was tasked with investigating Melbourne’s gangland war, and was previously credited with breaking the underworld code of silence to turn insiders into police informants and protected witnesses.

Details of Assaad’s meetings with the operative were disclosed in the Supreme Court on Tuesday, as Justice Michael Croucher sentenced the former tobacco shop owner to five years in jail over the foiled murder plot.

Assaad last week pleaded guilty to one count of inciting murder during a sentence indication hearing at the Supreme Court.

The court heard Assaad had initially conspired to have his son’s estranged wife killed, but he shifted his focus and began plotting the murder of a Christian pastor who helped counsel his own ex-wife through their separation.

Assaad told the undercover operative that the pastor was a “bastard” and “big con man” who had “broken” his family. “I’ve had it in for him for six years,” he said.

The undercover operative told Assaad he could carry out the killing for $40,000. He asked for a deposit of $5000 and information about the pastor, which Assaad handed over in a blue folder. 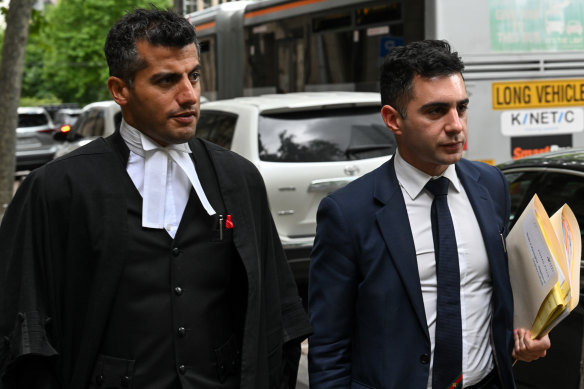 The court heard the pair spoke over the phone in code, referring to personal information and other details about the pastor as “building plans and council permits” to avoid being discovered.

At one point during a meeting in Craigieburn, the pair spoke about the operative taking photographs of the man’s body next to his driver’s licence as proof the job had been completed.

The planned killing never went ahead and Assaad was arrested and charged in June 2020.

The pastor told the court that the ordeal had been “an emotional nightmare”, causing him to develop anxiety and bouts of depression.

“My emotional tank was spent on dealing with the pandemic, restructuring work, and caring for my daughter,” he told the court.

“Being forced to deal with the ramifications of this crime caused high anxiety and depression.”

The pastor said he struggled to overcome the emotional and mental trauma he experienced as a result of the crime but that he did not seek revenge on Assaad.

“I seek justice and fairness,” he said.

“I hope the price I pay for standing against systemic toxic masculinity does not go to waste.”

Croucher sentenced Assaad to five years in jail with a non-parole period of two-and-a-half years, noting that, with time already served, he would become eligible for parole before the end of the year.

“The non-parole period is due to expire in the next few days if it’s not expired already,” he said. “The sentencing today will allow him to set the wheels in motion to apply for parole.”

Assaad’s lawyer, Rishi Nathwani, argued that his client’s limited criminal record, the psychological strain of being incarcerated during the COVID pandemic, a months-long delay in the case, and strong family support constituted grounds for a reduced sentence.

About a dozen friends and relatives of Assaad, including his son John, were in the public gallery during the hearing. Assaad’s family declined to comment but appeared relieved by the outcome as they left the Supreme Court on Tuesday afternoon.