The Andrews government is now in its third month without Daniel Andrews.

Although he’s not chairing the cabinet, fronting press conferences, tending his progressive flock on social media, meeting with bureaucrats and business heads, or the myriad other things that a modern premier does, the Andrews government machine has kept moving on with barely an interruption. 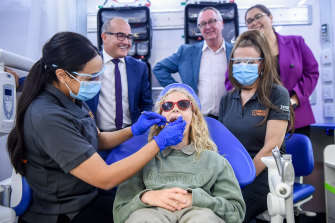 No Dan but, apparently, no big deal. It’s a rare TV evening news bulletin that doesn’t have a government minister or two talking up their latest whatever. The creative industries, hit hard by pandemic lockdowns, have been a recent focus. The Melbourne Metro project, now well advanced, is a regular backdrop for ministerial appearances.

So too are public schools. A recent media event promoting new rules governing the distances drivers must observe when passing cyclists offered a two-for-one. It was held at a school, thus targeting families as well as the increasingly influential bicycle lobby.

That is the business of state politics these days: always being seen to be doing something.

Andrews is not around, but his staff have kept the production house running, with Deputy Premier James Merlino as the stand-in. 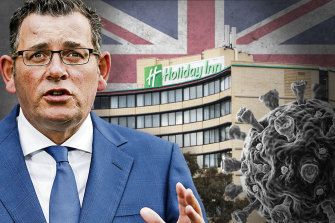 Given Andrews’ dominant presence in Victorian politics since Labor took office in 2014, his long absence as he recovers from his fall could have prompted a decisive shift in voter attitudes towards the government. But of course, these are not normal times; the pandemic seems so far to have rendered all governments in Australia bulletproof.

Last week, some fine reporting revealed some incredible weaknesses in the state-run hotel quarantine regime. Last year, 768 Victorians died because of missteps in the same system.

In the wake of Andrews’ testimony to the inquiry commissioned to examine those deadly failures, a minister, her department head, and the head of the Premier’s own department exited their jobs. And yet, the government’s standing seems to have suffered little damage.

Just how long the government can remain impervious to the normal rules of politics is not clear but the labour movement in Victoria is set to put it to the test. Essentially, the factional system within the state Labor Party is in danger of falling apart.

‘Whether the warring groups reconcile ahead of the federal and Victorian elections … is an open question too.’

It’s easy for one’s eyes to glaze over when talk turns to factional manoeuvrings. But the factions have long served the ALP as a useful way of maintaining discipline inside the party, while satisfying the competing aspirations of party activists and union officials. Without it, the Andrews government would never have become a reality.

That’s why this latest dispute is important, even if the internal workings of the Labor Party, especially in this state, are so arcane, they would challenge the intellectual abilities of the most accomplished Kremlinologist.

The basics of the current situation are that in recent years, both the left and right wings of the party in Victoria have been splintering off into a dazzling array of tendencies and sub-groups as individuals have fallen out and new alliances built on shared ambitions have formed.

The major right and left factions remain and their leading figures still purport to be able to represent the whole of the party. Recently, they’ve been working on a new stability agreement that would carve up winnable seats between the factions at coming elections, including the new federal seat of Hawke.

This has been done at the behest of the federal leader, Anthony Albanese, and the party’s national executive, which has been running the state branch since June last year, after The Age reported on rampant branch-stacking in the state.

Problem is, 12 unions from across the party’s ideological spectrum claim to have been shut out of the process by the faction heads and want the Supreme Court to force the executive to give them a say. Justice Tim Ginnane has agreed to hear their case on May 27.

It’s not just these unions that are unhappy. A bemused Martin Pakula, one of the state’s most senior ministers and a possible future leader, is part of the wrong grouping. “Apparently my seat is in the ‘contest’ column, so I’ll have to go and find some factional operative and find out whether they still consider me worthy of preselection,” he said last week. In a non-COVID environment, that sort of statement from a minister would be dynamite.

It could well be that the judge finds against the dissatisfied unions and in favour of the national executive. Courts generally don’t like intervening in internal party matters. But there would be avenues for appeal and the matter could drag on.

Whether the warring groups would or could reconcile ahead of the federal and Victorian elections to be held inside the next 18 months is an open question too.

On the face of it, the government is going well. Inside the party that sustains it, it’s a different story.