A CRACKED pool deck at the doomed Miami condo was flagged 25 years before the collapse disaster that has left 95 victims dead. 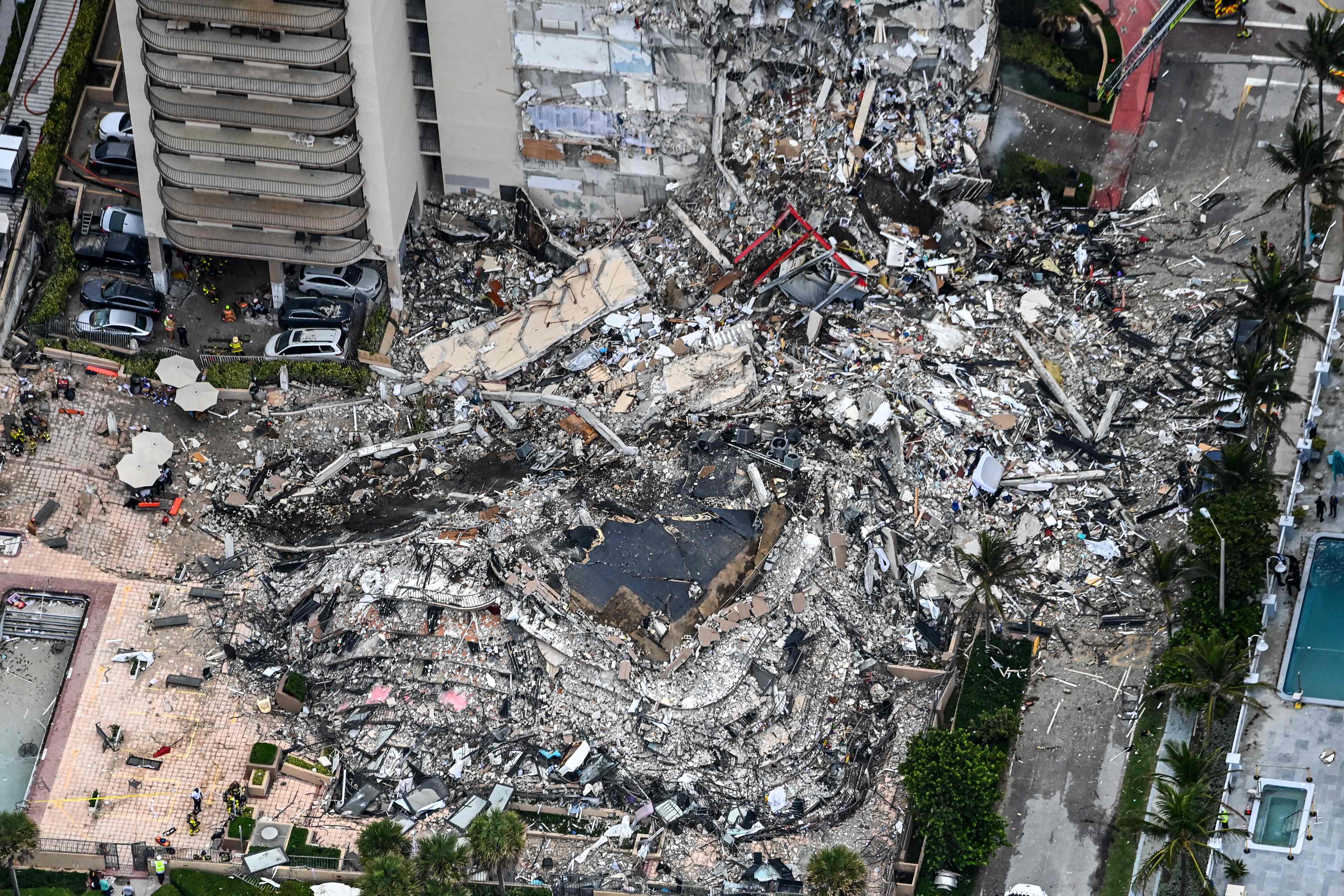 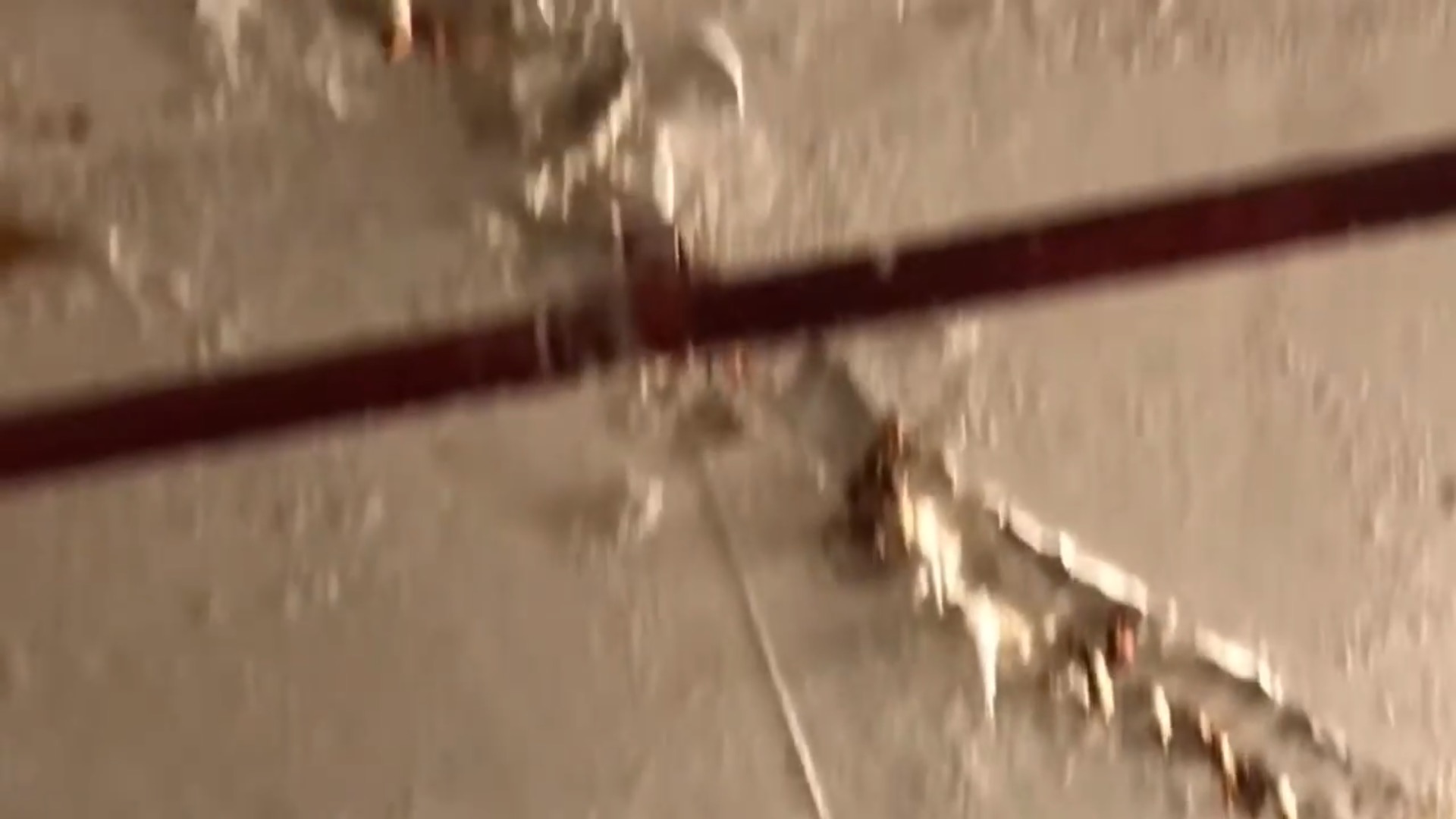 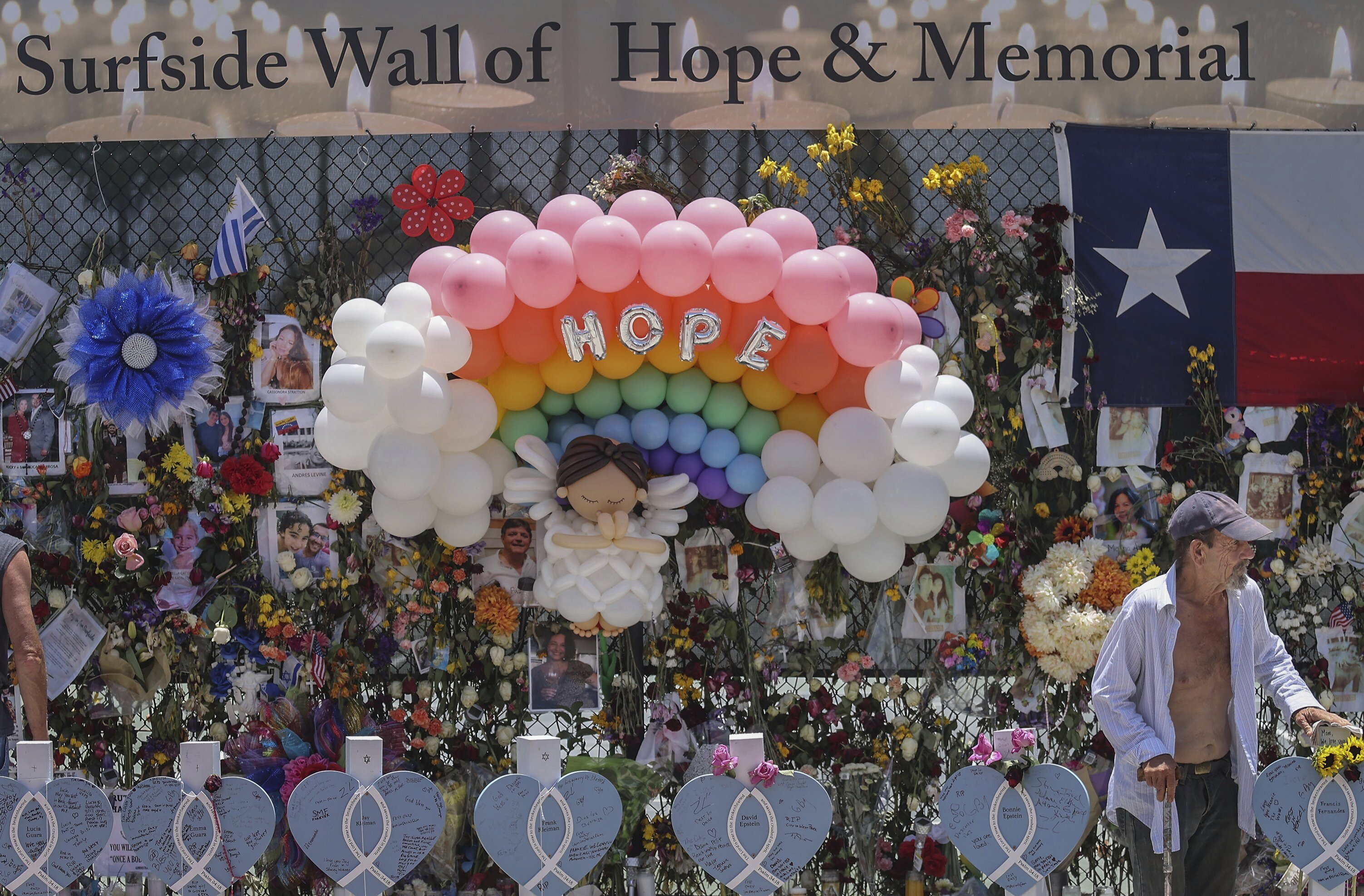 Back in March 1996, Rob Sommer of Western Waterproofing Company of America wrote a letter to Surfside building officials about a "concrete structural repair," the Miami Herald reported.

The news outlet's Tuesday report revealed that the letter read: "The scope of work will be concrete structural repair in the parking garage.

"Also included in the garage will be urethane foam injection in ceiling cracks."

According to the report, documents show the pool deck slab — which is part of the underground garage's ceiling — was in need of "500 feet of cracks sealed and 20-square-foot slab replaced entirely."

This necessary construction was needed just 15 years after the building was built.

Additionally, consulting engineer Tong Le wrote a letter to the town, which was dated November 20, 1997.

In the letter, Le certified that repair work costing $156,602 was completed.

Le wrote: "I performed inspection of different phases of the waterproofing of the deck and the repair of approximately … 20 square feet of spalls in the ceiling of the garage.

"The repair has been performed under our inspections from the beginning to completion."

And in 2018, a "major error" was found in the original construction of the pool deck, engineer Frank Morabito revealed, the Miami Herald reported.

Morabito even dubbed the prior repair work done in the garage as "ineffective."

Furthermore, about 36 hours before the deadly collapse, a pool contractor found a serious amount of standing water in the garage under the pool deck, according to the report.

A shocking video taken a year before the building crashed down shows ominous cracks in the walls, Daily Mail reports.

The video, which was taken by a prospective buyer, shows cracks that seem to have been painted over and water puddles in the ceiling of the parking garage.

Fiorella Terenzi, who took the video during a tour of the building, said the cracks convinced her not to buy a unit.

Several engineers said the cracks shown in the video do not provide any obvious warning signs of the building's devastating collapse a year afterward, the Miami Herald reports.

The garage is the same one described in an engineer's 2018 report as having "major structural damage."

Another video shared by a Florida resident shows water allegedly gushing from her mom's apartment wall.

Meanwhile, no one has been pulled alive from the building since the first few hours after part of the 12-story condo collapsed in the early hours of June 24. 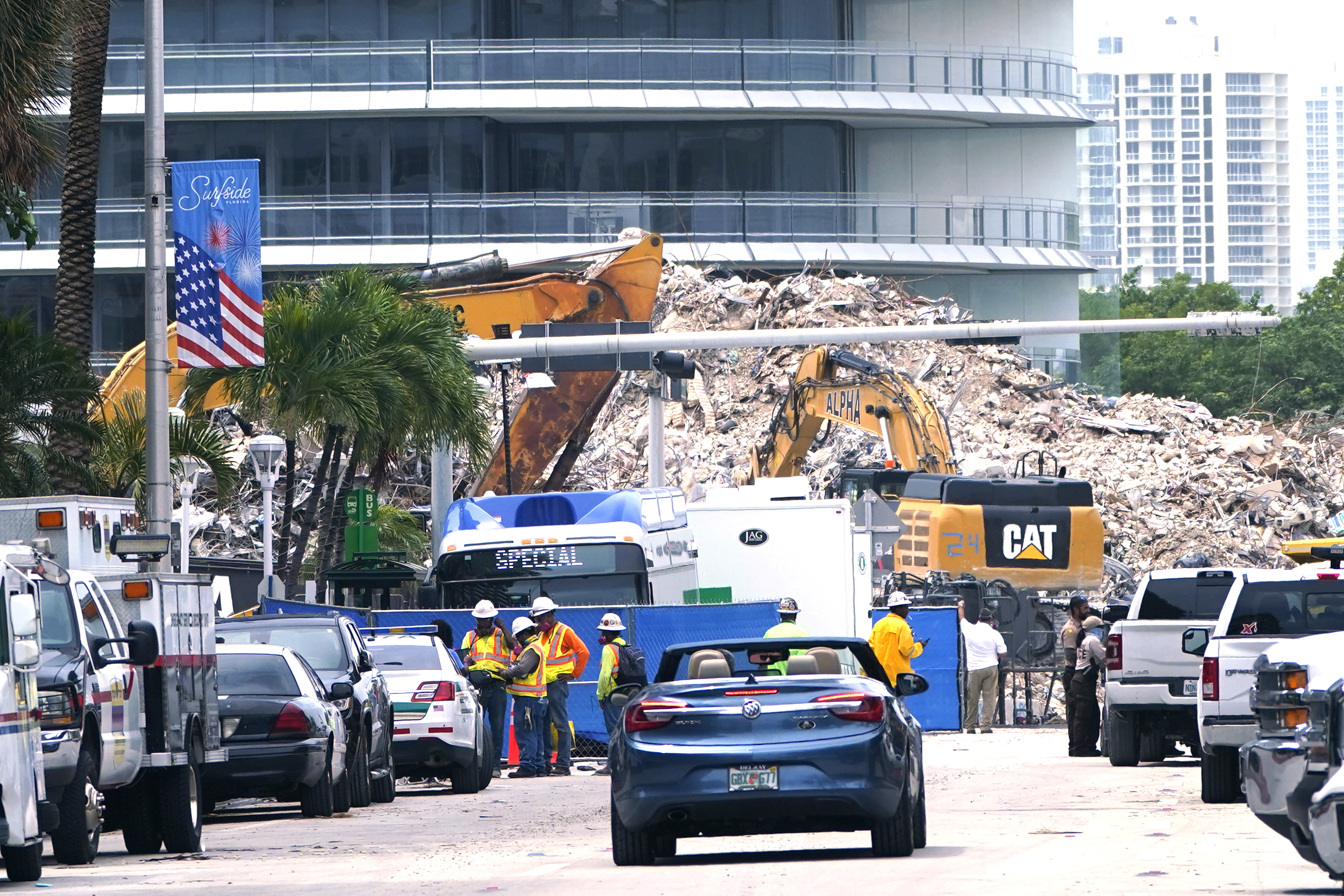 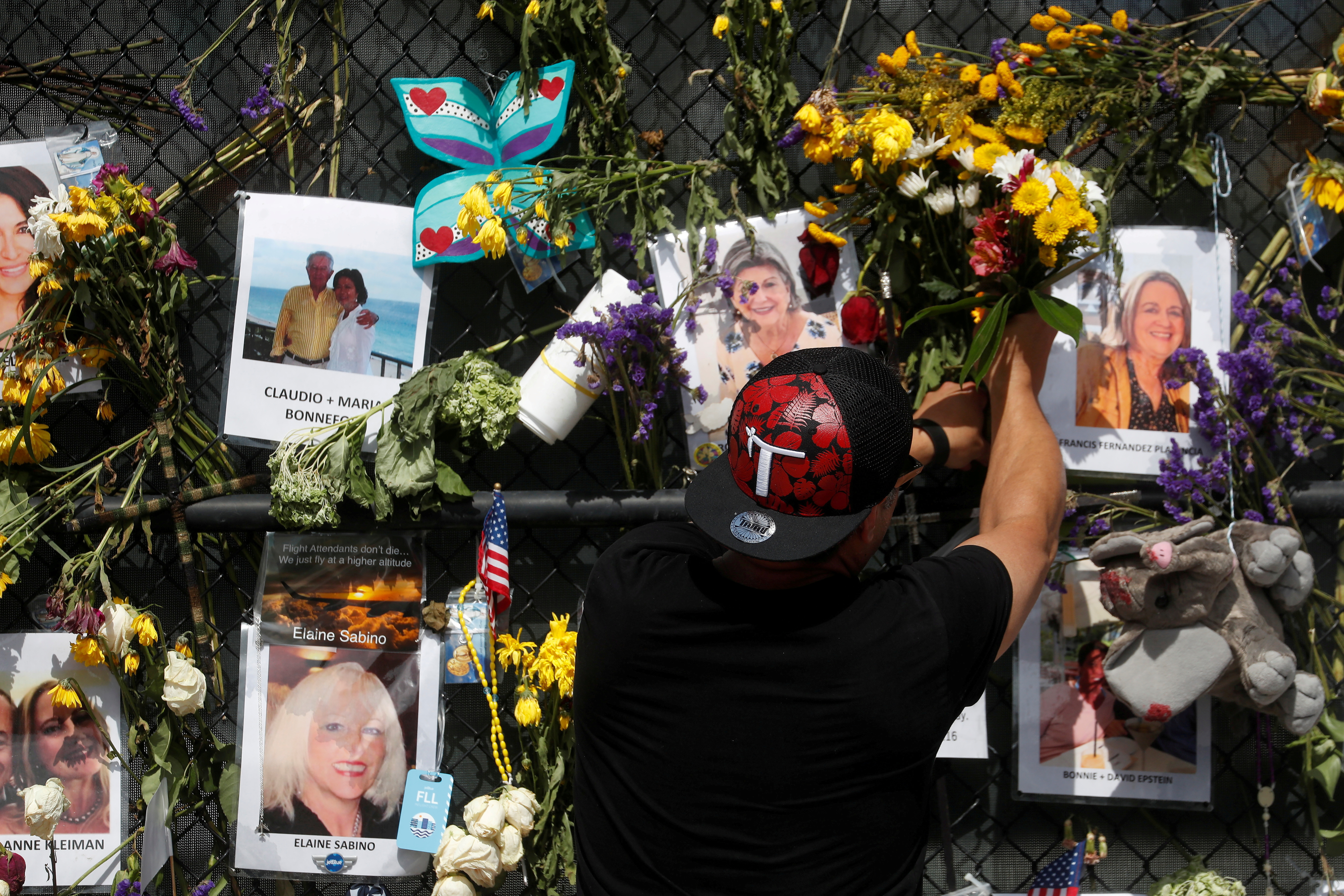