Schools are NOT ‘hubs of infection’: Covid rates in classrooms were 3.5 TIMES higher last autumn than they were this June when third wave began to spiral, government-funded study claims

Covid rates in classrooms were three-and-a-half times higher last autumn than they were this June when the third wave began to spiral, a Government-funded study has claimed.

Just 0.42 per cent of secondary school students tested positive for Covid in June — compared to 1.48 per cent in November last year. And only 0.27 per cent of primary school children had the virus, down from 0.75 per cent last November.

Health chiefs today insisted the survey, based on swabs taken in 141 schools, proved classrooms have not become ‘hubs for infection’, like some experts and teaching unions feared.

They said data showed the number of children testing positive in classrooms during June was not higher than the rest of the population.

The Office for National Statistics (ONS), one of three teams involved in the report, argued the findings support the hypothesis that ‘school gate’ measures have cut the risk of infection in school.

It also said: ‘The rapid asymptomatic testing programme may have enhanced this by keeping a higher proportion of infected pupils out of school in the summer term.’

Dr Shamez Ladhani, a consultant paediatrician at Public Health England, said: ‘Latest results show that infection and antibody positivity rates of children in school did not exceed those of the community.

‘This is reassuring and confirms that schools are not hubs of infection.’

It comes after Education Secretary Gavin Williamson announced children who do not develop Covid symptoms will not have to self-isolate after coming into contact with someone who tests positive for the virus.

The plans were yesterday backed by Joint Committee for Vaccination and Immunisation (JCVI) — which advises the Government on vaccine policy — chair Professor Sir Andrew Pollard, who said it ‘makes sense’ for youngsters to go to school unless they are feeling unwell. 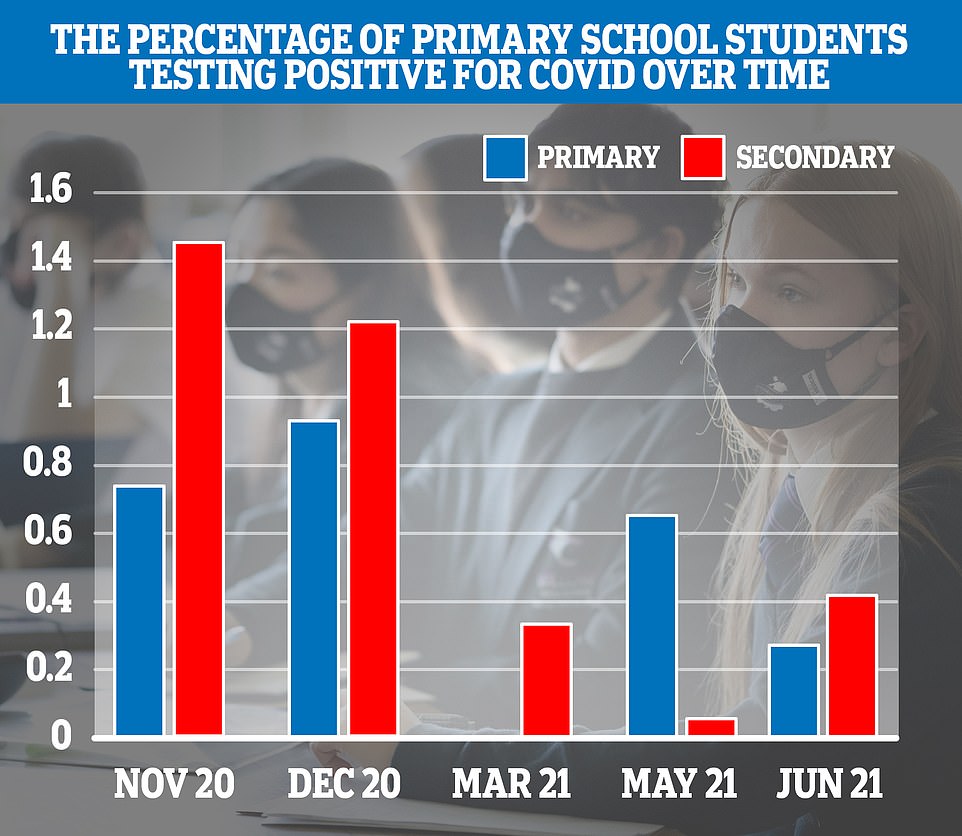 Covid rates in classrooms were three-and-a-half times higher last autumn than they were this June when the third wave began to spiral, a Government-funded study has claimed 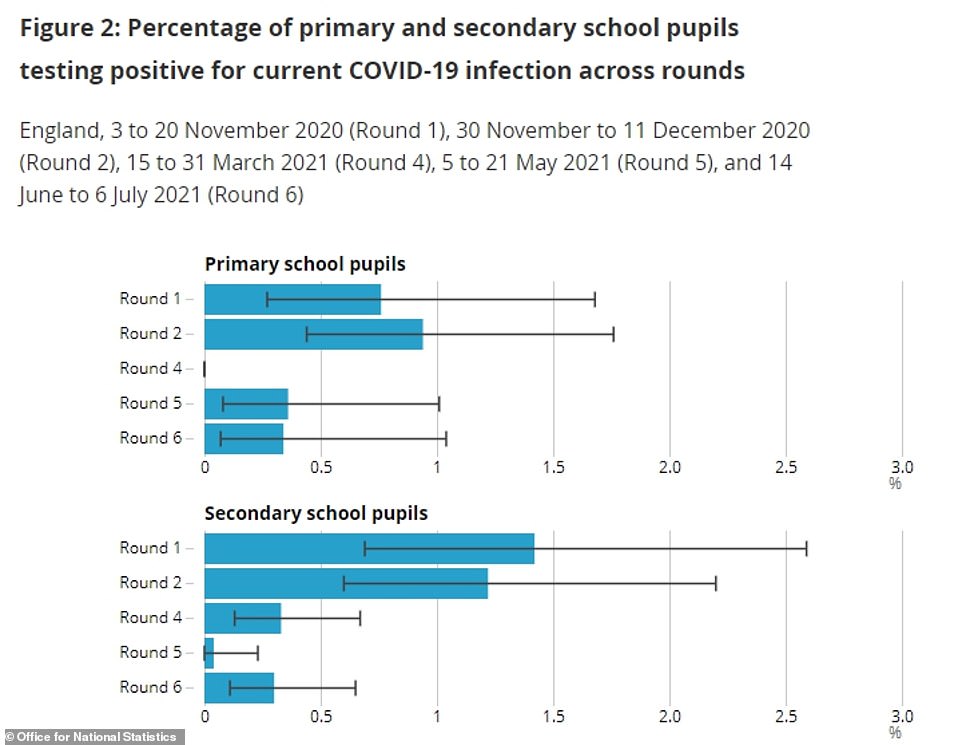 Just 0.42 per cent of secondary school students tested positive for Covid in June (round six) — compared to 1.48 per cent in November last year (round one). Only 0.27 per cent of primary school children had the virus, down from 0.75 per cent last November 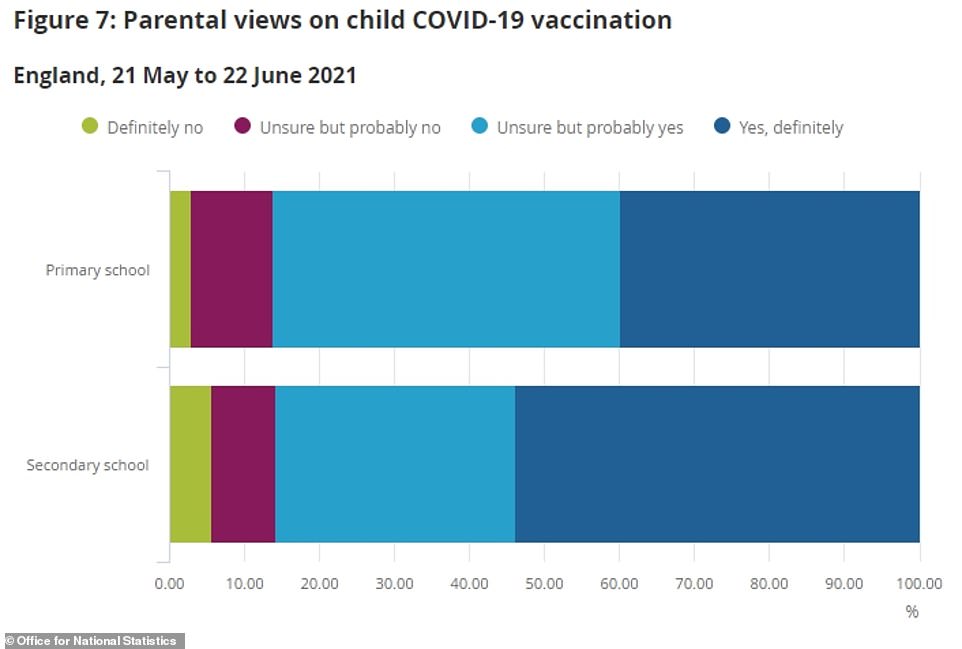 54 per cent of secondary school parents say they ‘definitely’ want their child to be vaccinated compared to 5.7 per cent who say they definitely do not 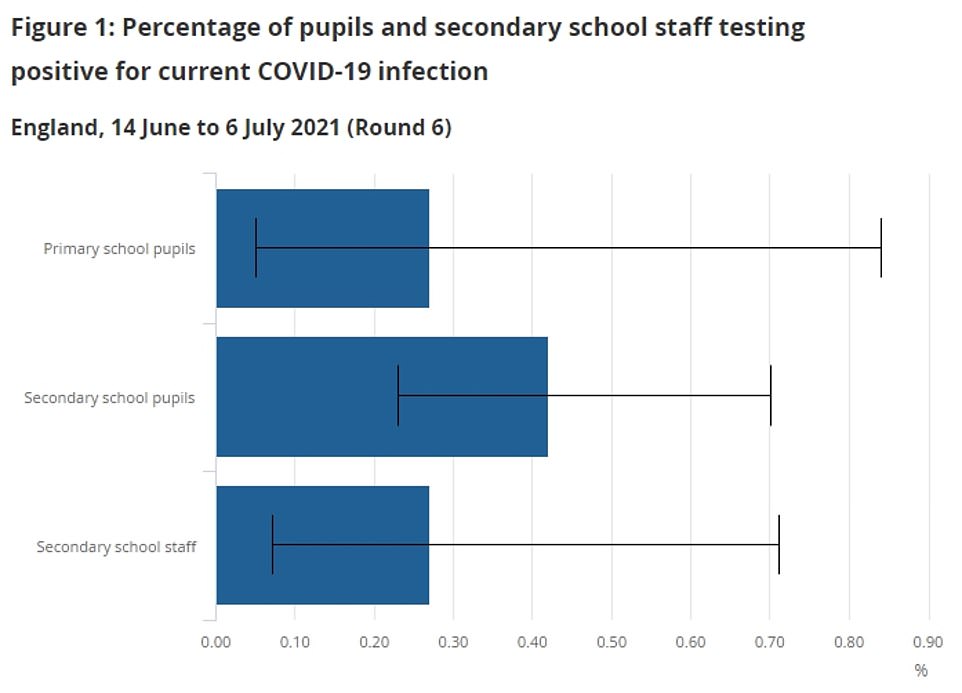 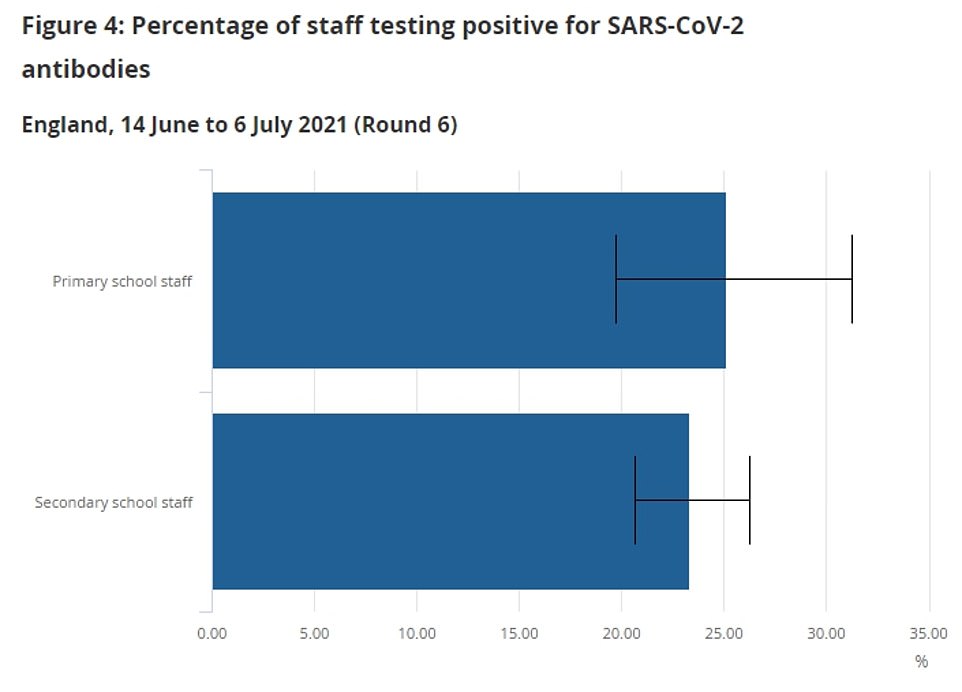 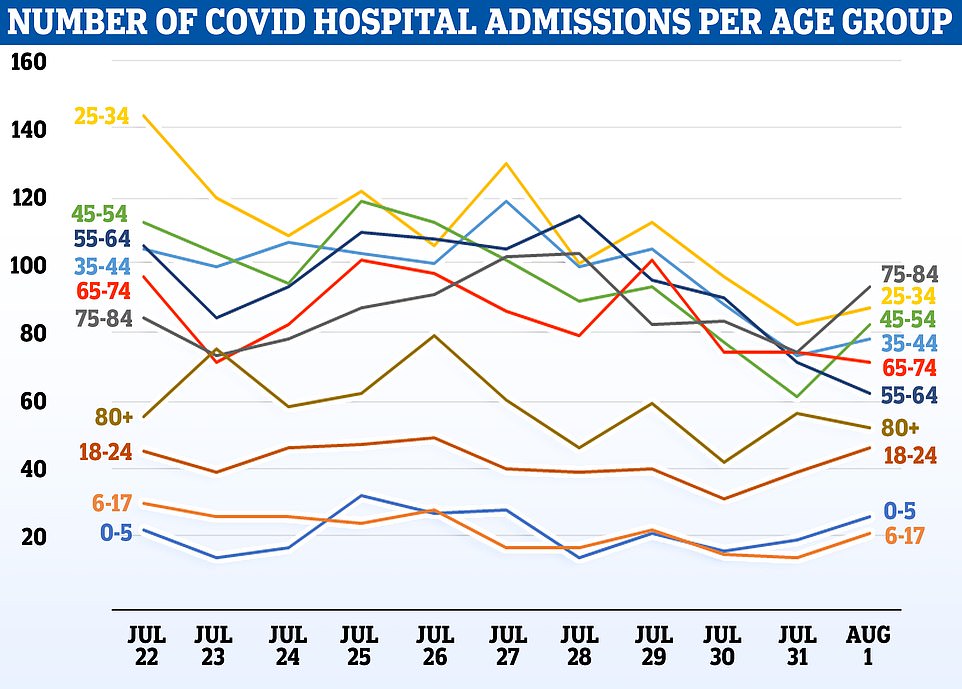 Pfizer’s Covid vaccine may pose more of a risk to boys, a study claimed today amid growing calls for No10 to rethink plans to dish out jabs to children.

New research has suggested boys are 14 times more likely to be struck down with a rare heart complication called myocarditis.

The data, from the US, will likely fuel an already fierce debate over Britain’s decision to press ahead with inoculating all 16 and 17-year-olds.

Last week, the Government’s advisory panel ruled older teenagers should be given their first dose. Ministers plan to invite them before they head back to schools and colleges in September.

But health officials have yet to make concrete plans for children to get top-ups. They want to wait for more safety data about myocarditis before pressing ahead.

Real-world data from the US, which has been vaccinating children for months, have shown teenage boys to be at a higher risk.

It prompted one member of the Joint Committee on Vaccination and Immunisation, which green-lighted the move to jab children, to admit different advice for boys was ‘theoretically on the cards’.

There is already precedent for just giving vaccinating just one gender, with the HPV jab offered only to girls until 2018.

The study, which also involved the London School of Hygiene & Tropical Medicine, also showed 92.9 per cent of staff had received at least one vaccine dose by the end of June 2021.

Some 70.5 per cent of staff had received both doses.

Despite the data suggesting schools were safe, it only applies to June — before the peak of the third wave in July.

Professor Mark Woolhouse, an epidemiologist at the University of Edinburgh, claimed there is now a ‘wealth of evidence from around the world that schools are not the main driver of Covid epidemics’.

He said the latest ONS survey ‘does not raise any immediate concerns about the re-opening of schools after the summer holidays’.

The SAGE adviser added the future inquiry into coronavirus should consider whether there was ever any need to close schools, saying he believes the evidence suggests the answer may be no.

The figures come despite the general secretaries of ten teaching unions writing to Mr Williamson in May to warn reopening schools at the time ‘would be catastrophic to the rate of infection’.

Speaking to the All Party Parliamentary Group on Coronavirus, Sir Andrew backed Mr Williams’ decision to allow children to stay in classrooms if they were contacted by NHS Tests and Trace.

He said: ‘Given that children have relatively mild infection compared to adults, apart from the exceptions who are largely going to be vaccinated in the current programme anyway, we probably should be moving to a situation where we’re clinically-driven.

‘If someone is unwell, they should be tested, but for those contacts in the classroom, if they’re not unwell then it makes sense for them to be in school and being educated.’

From August 16, under-18s will no longer be required to self-isolate if they are contacted by NHS Test and Trace as a close contact of a positive Covid case.

Instead they will be informed they have been in close contact with a positive case and advised to take a PCR test.

Guidance issued at the end of term states that schools no longer need to perform contact tracing after being notified of a positive case.

Close contacts will now be identified through the Test and Trace programme.

Previously, children were required to isolate for 10 days if another pupil in their bubble — which could be an entire year group — tested positive for Covid.