CORONAVIRUS has been branded a “natural disaster in all 50 states” as top doc Anthony Fauci warned Thanksgiving may spark a turbo-surge in cases.

The US hit four million cases for the month of November over the weekend, more than double the record 1.9 million cases set in October. 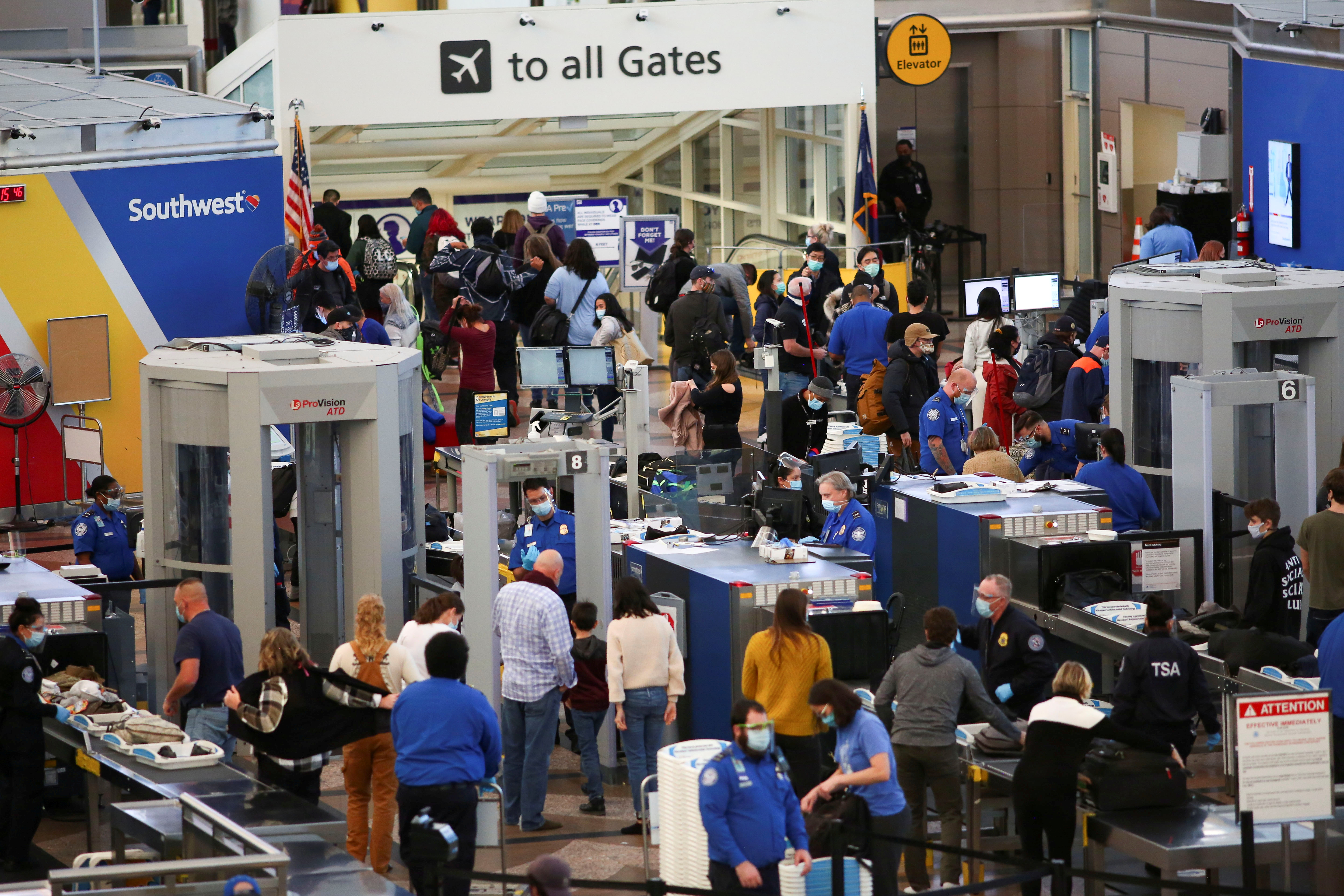 “There’s no way that the hospitals can be fully prepared for what we’re currently facing,” she said on Monday.

“This is like a natural disaster occurring in all 50 states at the same time. There are not adequate beds. There are no adequate staff. And because of the lack of national preparation, there are still no adequate supplies.”

Millions of American ignored the CDC’s travel advisory to not travel for the Thanksgiving holiday, as images showed folks packing airports around the country. 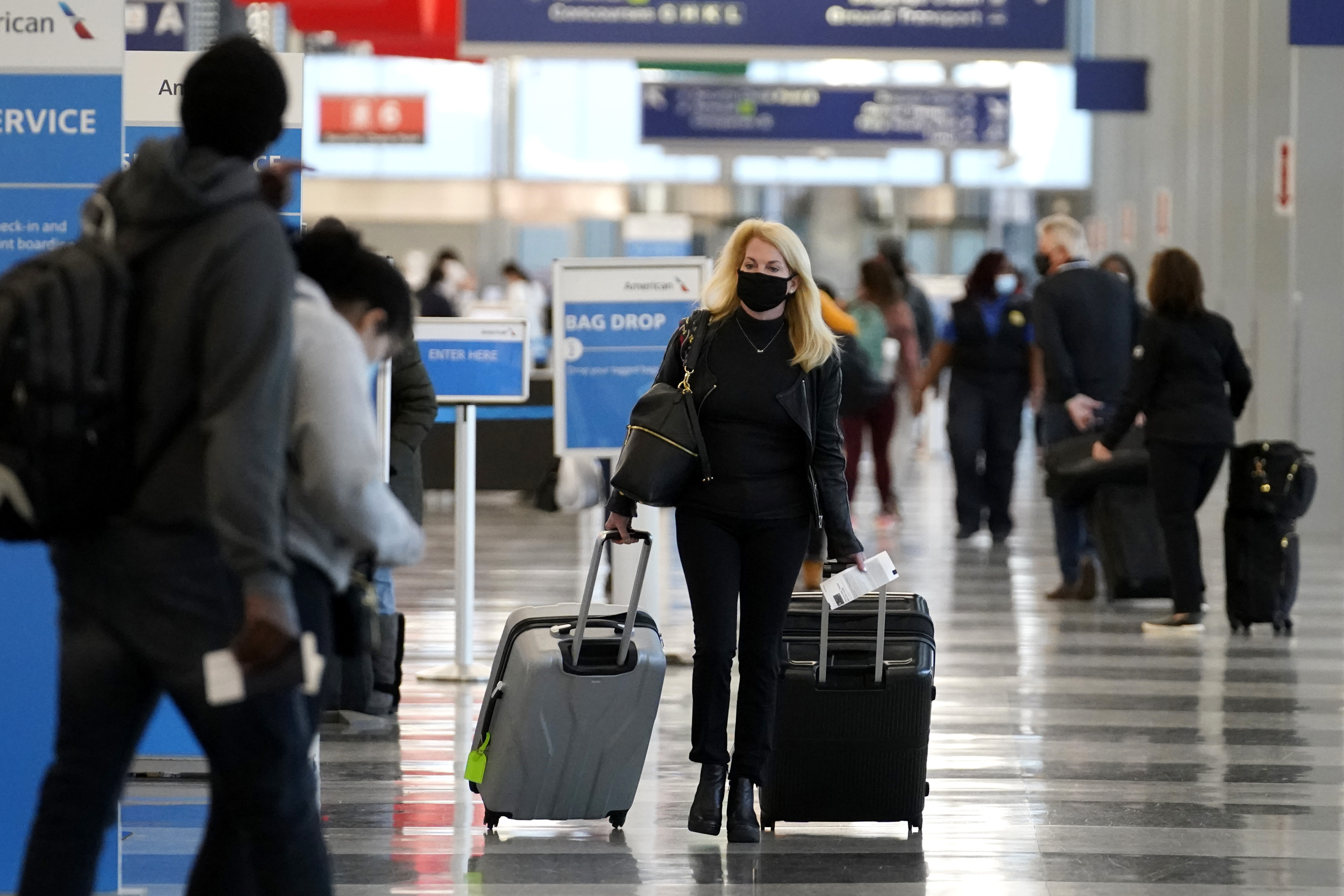 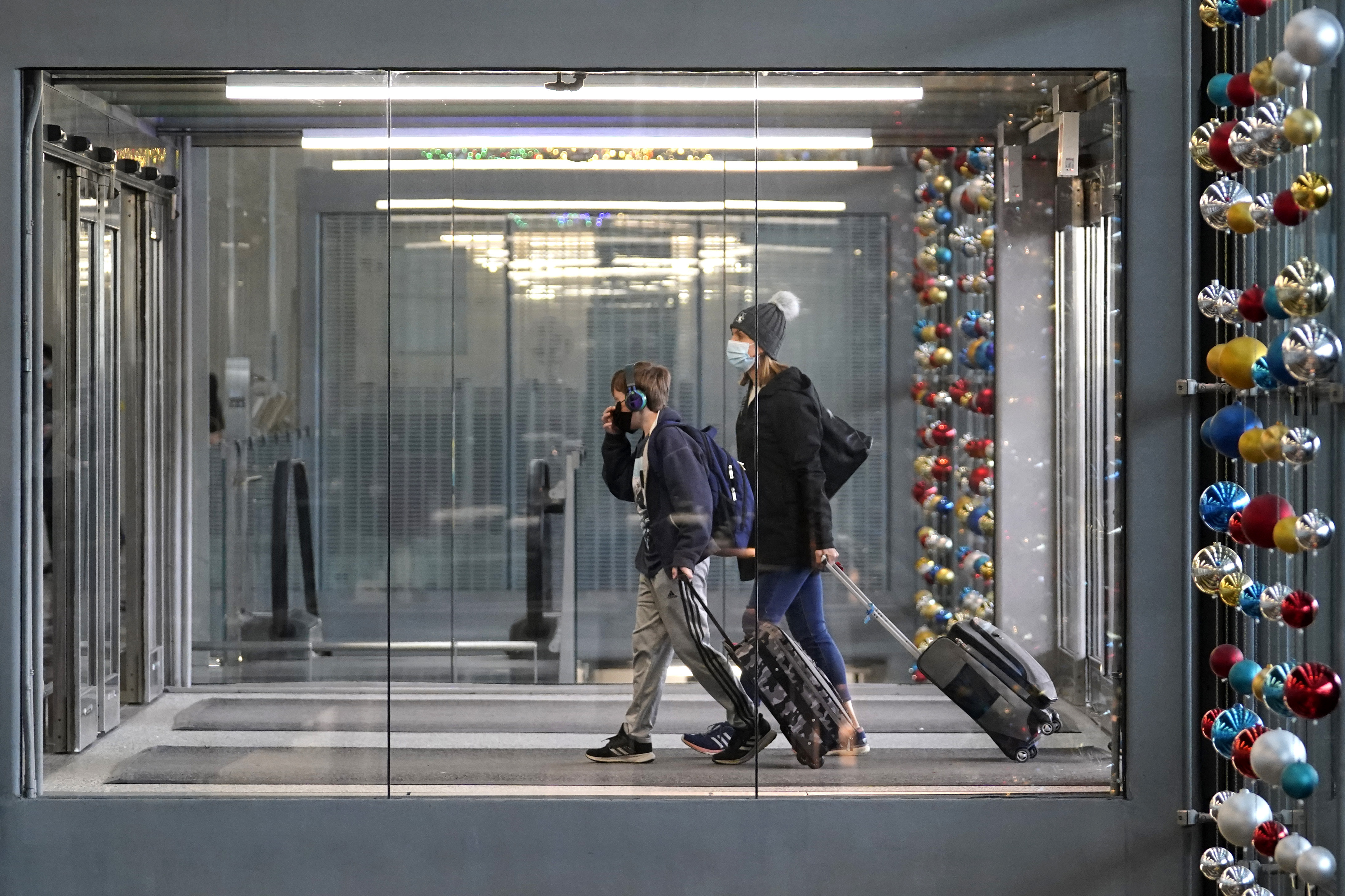 Meanwhile, Dr Fauci warned that irresponsible Thanksgiving gatherings could lead to a “surge superimposed upon that surge that we’re already in” after roughly six million Americans passed through US airports for the holidays.

However, Fauci warned that "it's not too late to do something about this," and urged people to be careful as they travel back home and follow the CDC quarantine guidelines.

Public health experts are warning that the US will keep seeing record-breaking numbers in the final month of 2020 with Christmas and New Year around the corner.

Ranney said in Rhode Island, plans are underway to open a field hospital on Tuesday because hospitals in the state are reaching their capacity of patients sick from the virus.

However, she warned that not every state have those options, “And even if you open a field hospital, if you have hundreds of staff who are sick – which is what many states across the country are currently facing – if you don’t have nurses and doctors and respiratory techs, even a field hospital isn’t going to save you,” she said.

“Our health care system is literally at the breaking point right now, thanks to Covid-19.”

With an influx of Americans arriving back home from their Thanksgiving break, it will be weeks before anyone knows how much of a role their holiday gatherings and travel play in new hospitalizations and deaths.

On Monday, New York Governor Andrew Cuomo told every hospital in the state to start recruiting retired doctors and nurses now before they become overwhelmed with coronavirus patients.

Cuomo revealed that hospitalizations have gone up from 850 in June to 3,552 now and new infections from Thanksgiving have not yet been announced.

Governor Cuomo also warned of an enter shutdown, which he called New York Pause, will happen if the hospital system becomes overwhelmed.

“We’re in for round two. With any luck, round two will not be round one. I’m just sorry that we have to go through it again. 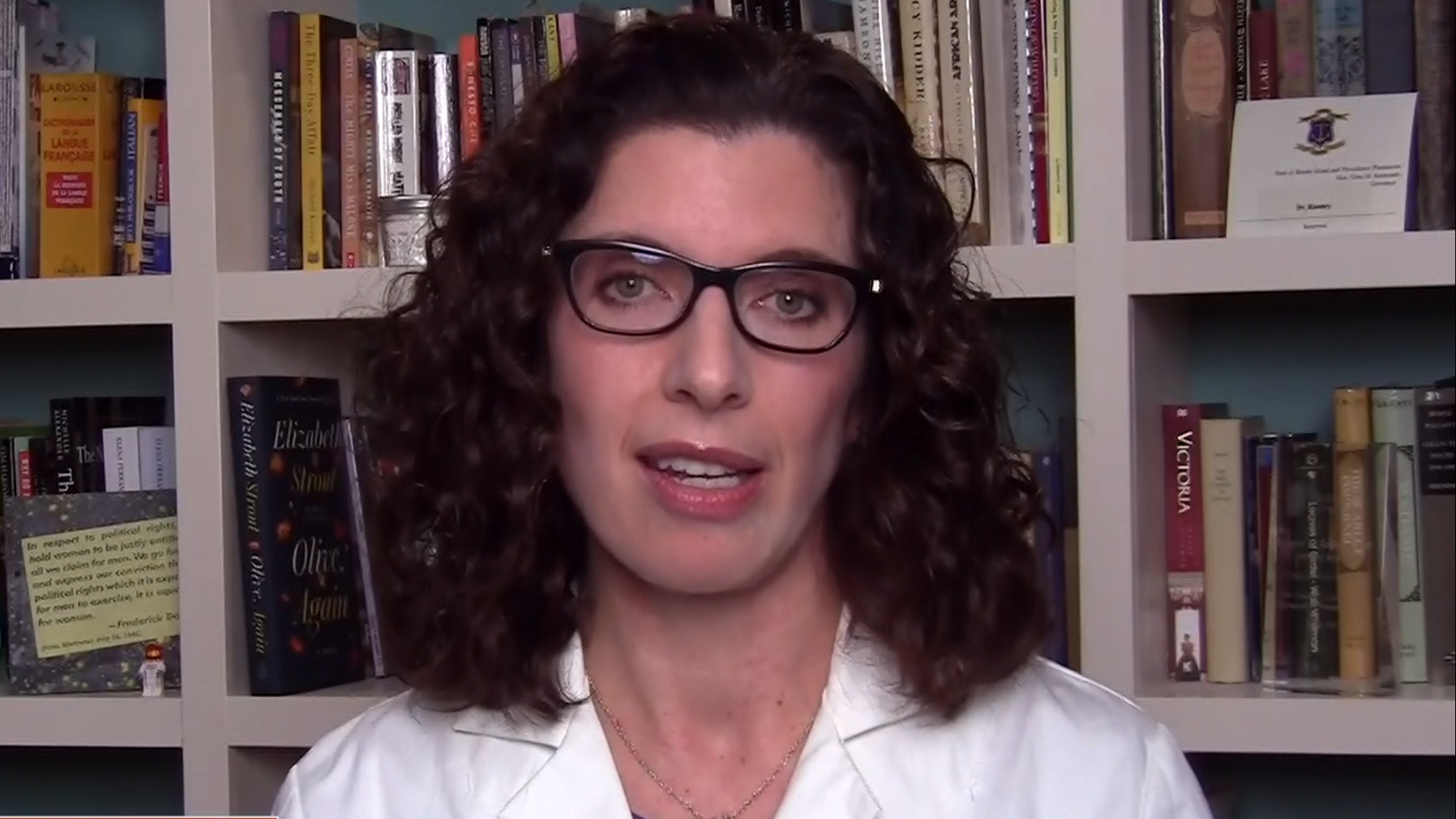 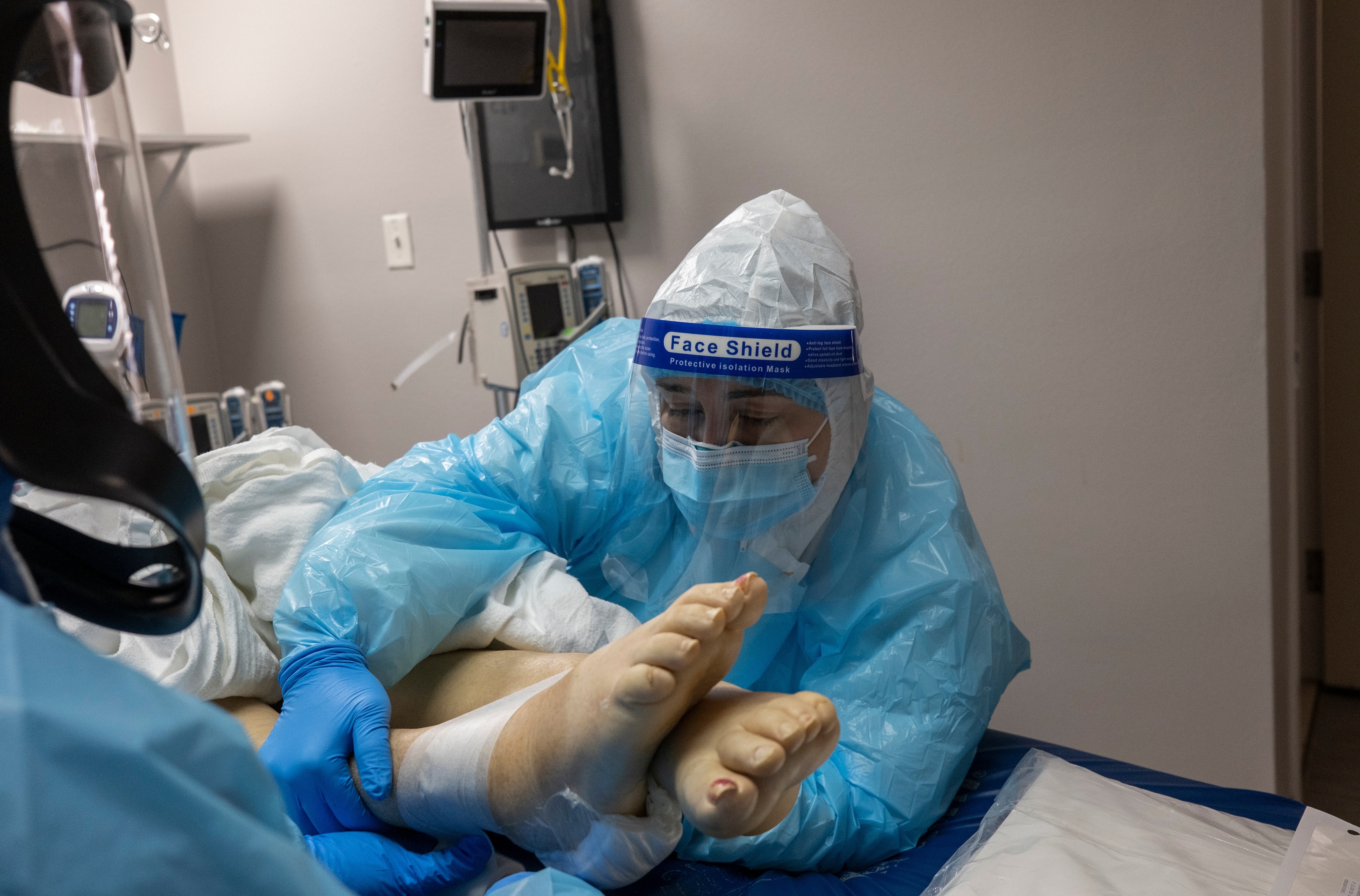 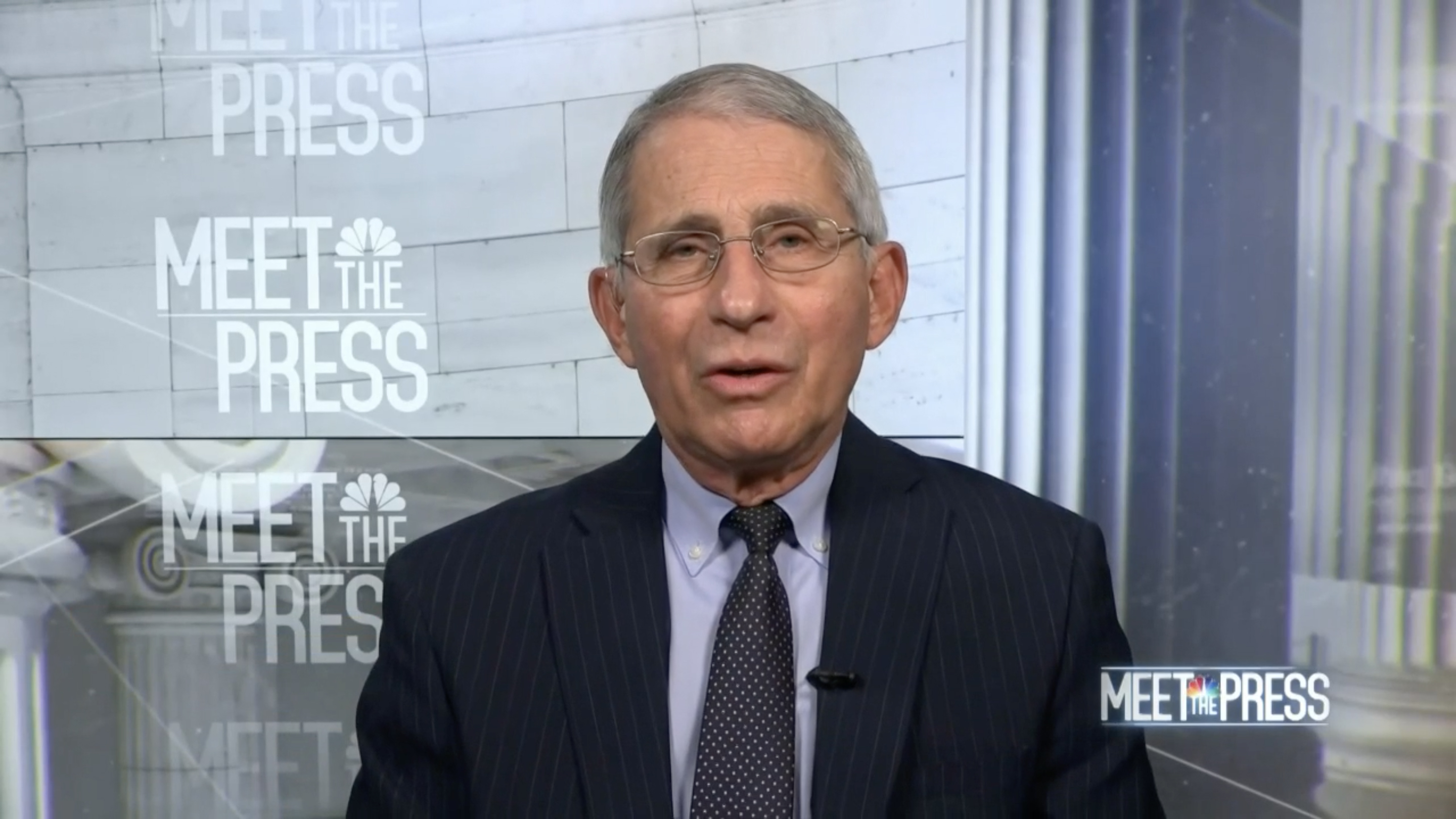 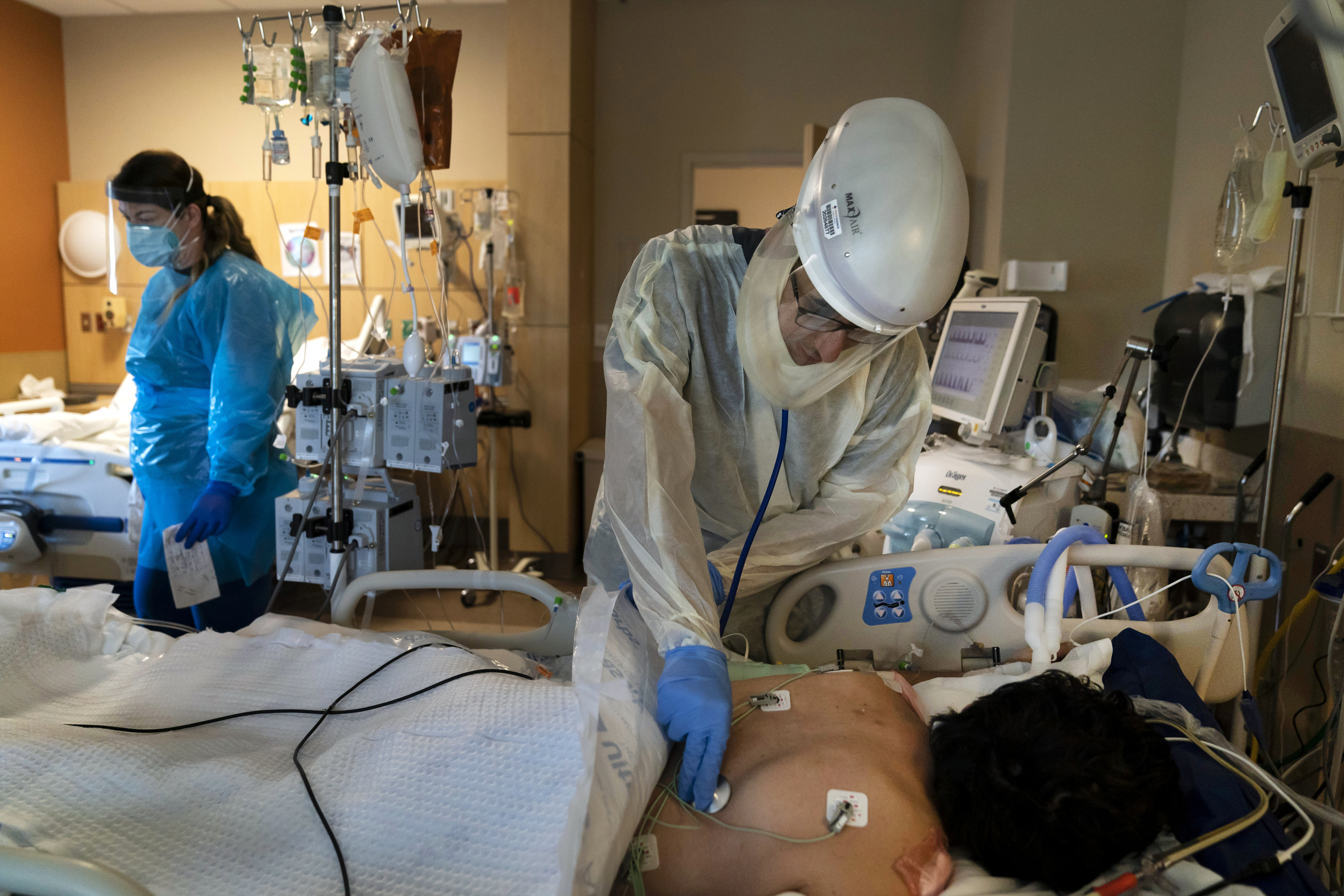 “We don’t know what the effect has been yet. We are seeing the rise all across the state. The first go around it was primarily New York City. We had upstate resources we could share.

“This is not the case this time – it is statewide. Literally every region is dealing with a hospital issue now. Look at those curves they are all going up at an alarming rate,” he added.

Monday's number of hospitalizations is the same as it was on March 23 but Cuomo said hospitals are better equipped to handle the crisis now.

On Sunday, 54 people died across the state of New York, the statewide Covid-19 test positivity rate is now 4.57 percent.

The US in November reached several grim records in the pandemic.

The nation also passed 90,000 coronavirus hospitalizations for the first time, as hospitals in many communities are at or near capacity and have raised alarms about being overwhelmed as demand continues to grow. 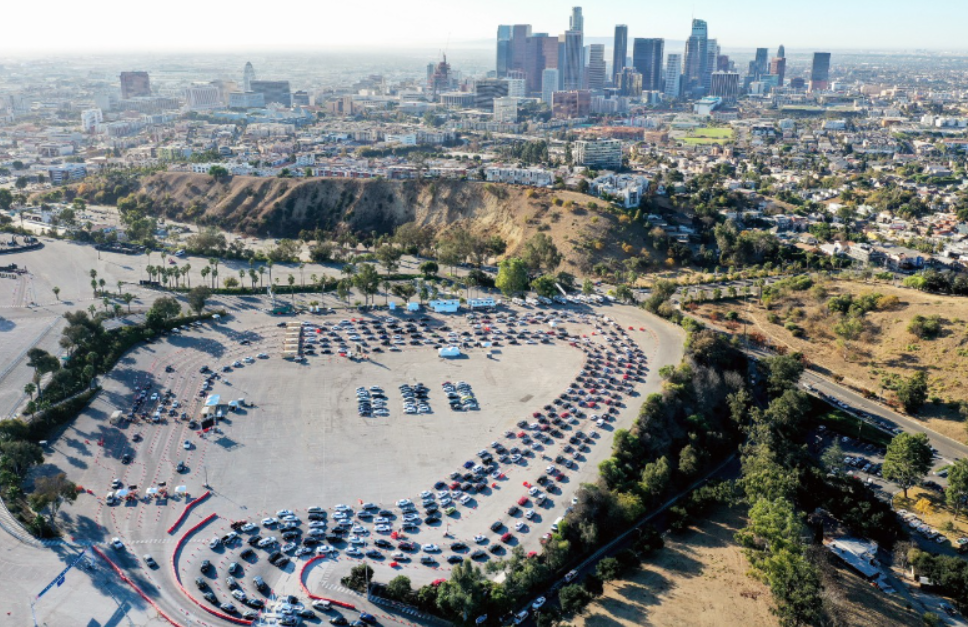 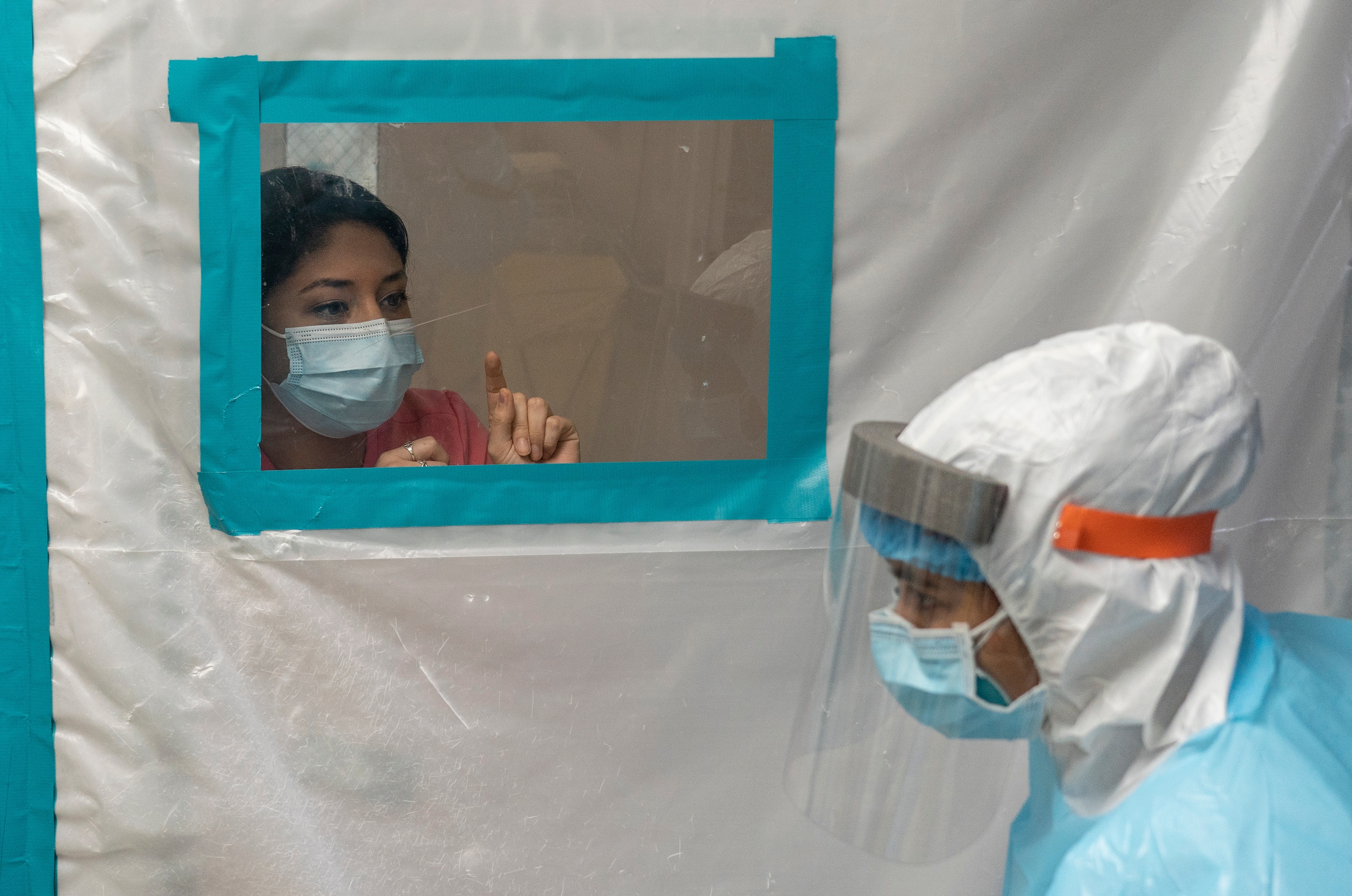 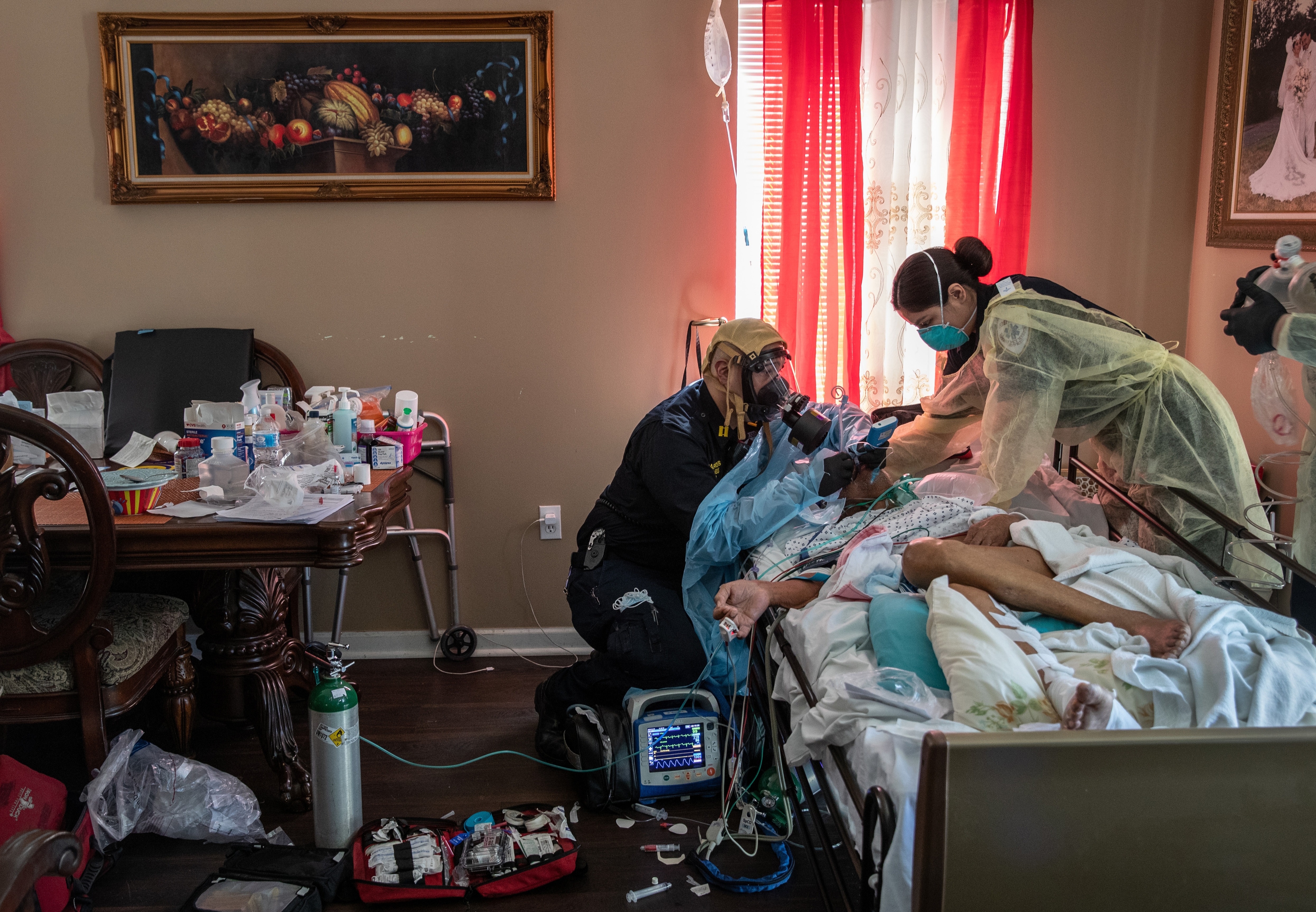 About half of the 50 states have reported their highest daily toll for the virus, as many states have reintroduced restrictions or added new ones to try to contain the spread.

However, the month also brought some encouraging news about a vaccine, with three candidates reported to be more than 90 percent effective against the virus.

On Monday, US Health Secretary Alex Azar said Pfizer's Covid-19 vaccine should be authorized and shipped within days of a Dec. 10 meeting of outside advisers to the FDA's tasked with reviewing trail data and recommending whether to approve the vaccine or not.

The vaccine from Moderna could also follow a week later, after the company announced on Monday that it would apply for US and European emergency authorization.

"So we could be seeing both of these vaccines out and getting into people's arms before Christmas," Azar said on CBS' This Morning.

The federal government will ship the vaccine and state governors will decide how they are distributed within their states. 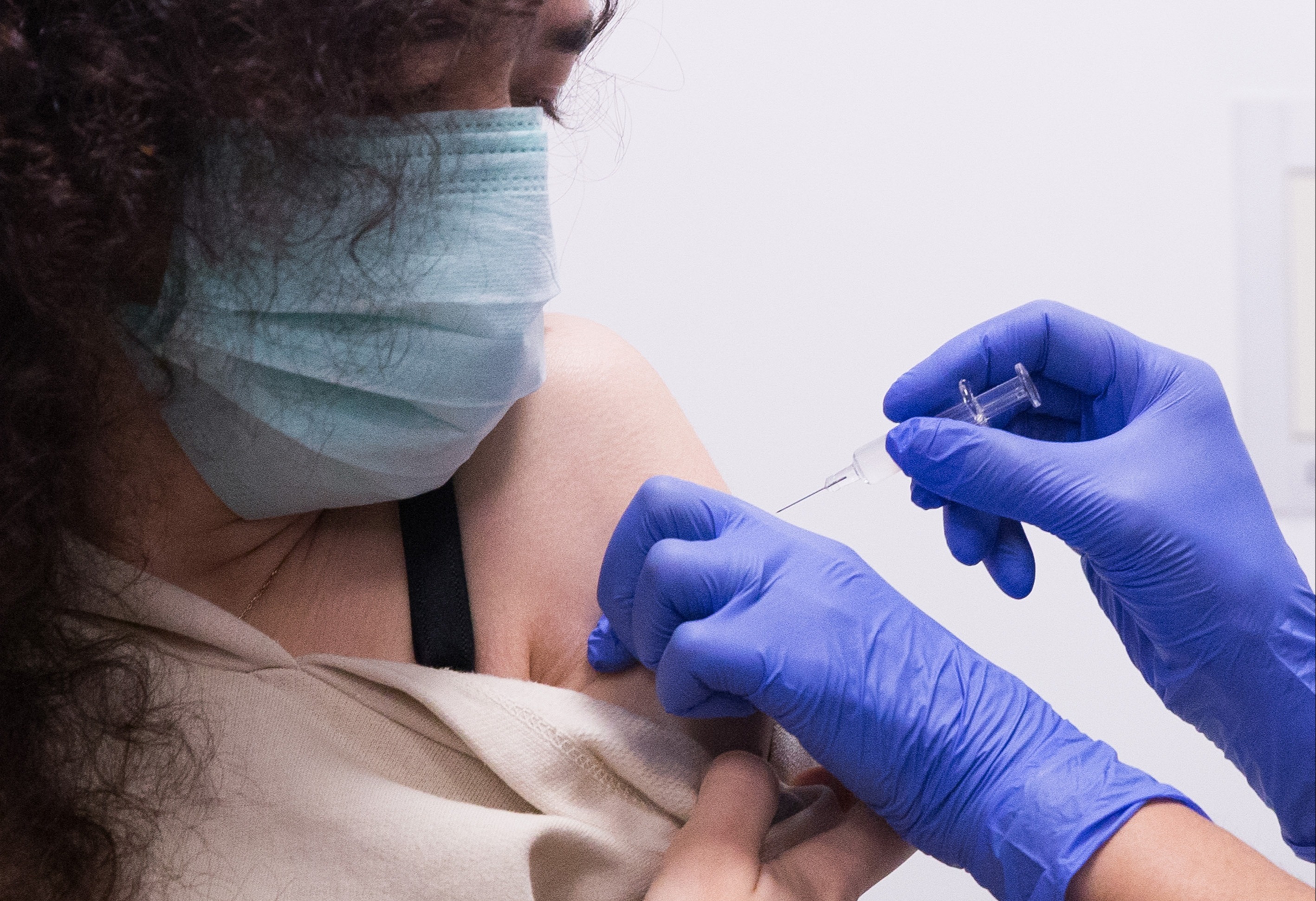 "They will be determining which people to be prioritized," Azar said.

Dr Fauci also said he expects vaccines to be rolled out by the end of December, which could help curb the spread of the virus.

'If we can hang together as a country and do these kinds of things to blunt these surges until we get a substantial proportion of the population vaccinated, we can get through this,' Fauci told NBC.