A COUPLE were saved by having a lie-in when a bus smashed into their home.

Doreen and Del Jones were in bed when the single-decker careered through a hedge, two fences and into their rear patio door. 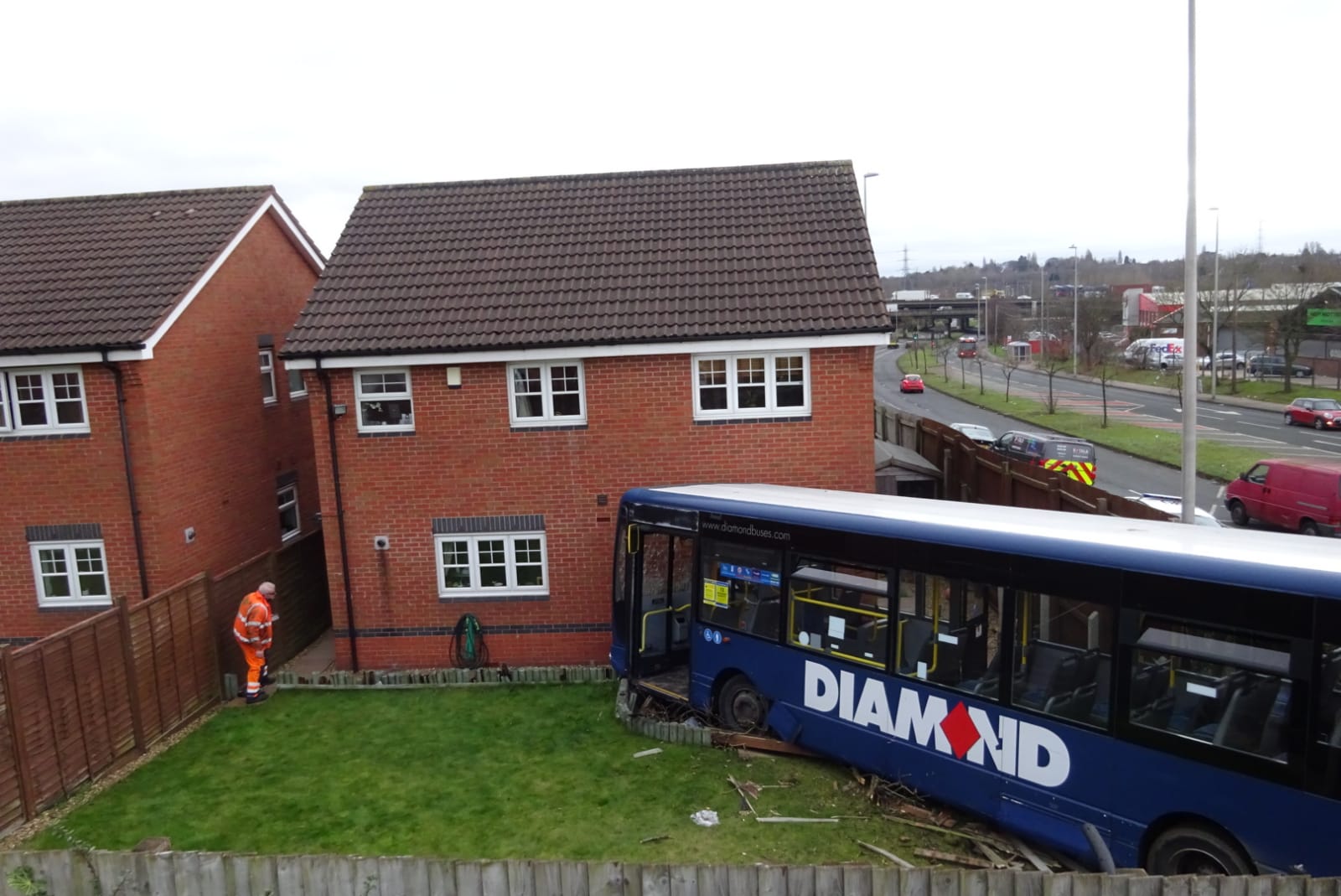 Doreen, 50, would usually have been leaving to go to work but was on a day off.

Husband Del, 55, would have been at his desk inches from the impact but had worked late the previous evening.

Doreen, said: “We were in bed chatting at around 9.30am when we heard this noise.

“We looked out on to our patio and there was a bus staring at us with a driver in his seat and his eyes popping out of his head in shock.”

Del said: “Our daughter had just left for university and our son had just gone to school.

“Had any of us been on the patio we would have been killed. I am still shaken.

“The driver said he was new and did not know the road layout.”

The family, of Walsall, West Mids, had agreed a house sale days earlier and hope it can still proceed.

Police said: “The bus driver was breath-tested and it was negative.”