Criminal couple who were jailed for £1m stolen goods operation browse designer clothes in Harrods in newly released CCTV after they were ordered to pay back £280,000

A criminal couple have been caught on CCTV splashing their ill-gotten cash in on designer goods in Harrods – after they were ordered to pay back more £200,000

A pair of Christian Louboutin high heels retail for around £500.

In the footage, taken from the store’s CCTV cameras, the criminal duo can be seen browsing before Mary appears to complete a transaction at the counter.

The criminal couple were jailed last year for their part in a multi-million-pound conspiracy of stolen plant and machinery from across the country. 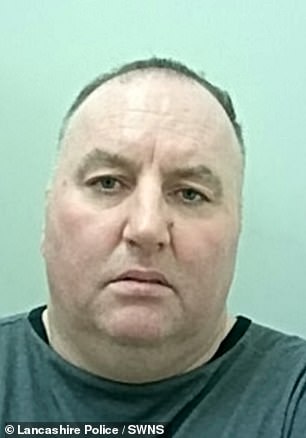 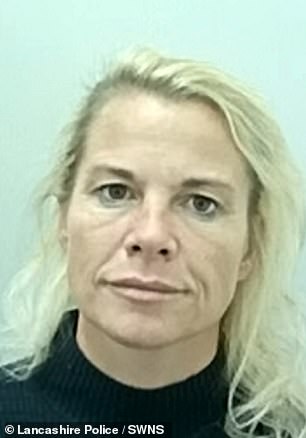 A couple, Tommy and Mary Smith (pictured), who were convicted for their role in a multi-million-pound stolen goods conspiracy which saw items stolen from across the country have been ordered to pay back a combined total of £280,000 or face further time in custody

Police swooped on Tommy Smith, who owned a scrap yard in Great Harwood, Lancs., as part of an investigation into high-value thefts and the handling of stolen goods.

The 43-year-old pleaded guilty to conspiracy to handle stolen goods and money laundering and was sentenced to six and a half years.

His wife, 44, pleaded guilty to conspiracy to handle stolen goods and money laundering and was sentenced to 15 months.

After their convictions, Lancashire Police tried to recover the couple’s ill-gotten gains on behalf of the victims via Proceeds of Crime legislation.

As part of that investigation, officers uncovered evidence of the couple enjoying a luxury lifestyle, including a trip to Harrods in London.

This week the pair appeared at Preston Crown Court where they were ordered to pay back a combined total of £280,000 – or face more time in prison. 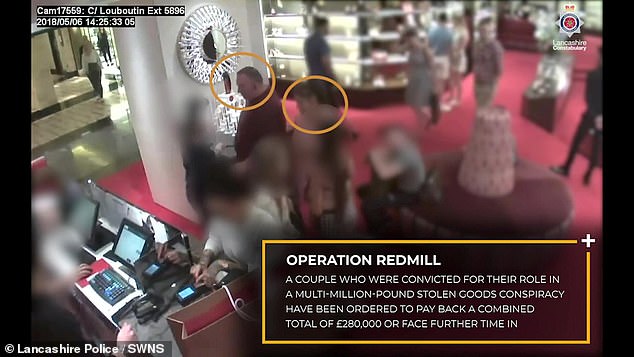 Mary, of Meadow Street, Great Harwood, was ordered to pay back £225,000 within three months or face a 30-month prison sentence.

It was discovered that the couple each benefited from their criminality to the tune of £1 million. That money will be paid back to the victims of the couple’s crimes.

The remaining balance of these confiscation orders will be held against them and can be revisited in future years if they are found to be in possession of assets.

Fellow con Scott Paton, 32, who previously pleaded guilty to conspiracy to handle stolen goods and money laundering, has been ordered to pay back £6,200.

He benefited through his criminality to the tune of £369,893.69 but has only been forced to repay the total of amounts of assets that could be attributed to him. 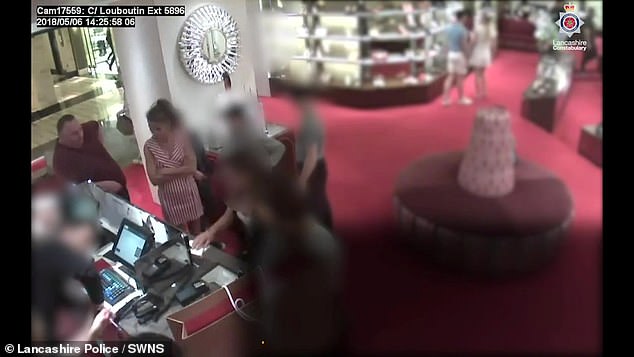 The other people involved in the conspiracy didn’t have any realisable assets, cops said.

Detective Sergeant Andrew Osbaldeston, of Lancashire Police, said: ‘This POCA hearing brings to a conclusion a four-year investigation and I would like to thank everybody involved in this process.

‘Through their criminal activity, Tommy and Mary Smith were profiting from the hard work of their victims to live a luxury lifestyle.

‘Although we have not been able to recover the full benefit amount from them at this stage, this order is indefinite so we have the ability to seize future assets off them until the full debt is paid.

‘It is important to point out that this money will be used to re-pay the victims, who through no fault of their own, were left out of pocket because of the greed of all those involved in the conspiracy.’