Coroner will warn of post-lockdown children’s mental health crisis after ruling death of bullied girl, 12, was suicide – and hearing that NHS services have seen a ‘massive escalation’ in self-harm

A coroner will write to Health Secretary Therese Coffey with concerns about children’s mental health following the Covid-19 pandemic.

An inquest into the death of 12-year-old Charley-Ann Patterson was told NHS services have seen a “massive escalation” in the number of young people experiencing anxiety and self-harm post-lockdown.

Charley was found dead at her home in Cramlington, Northumberland, on October 1 2020. 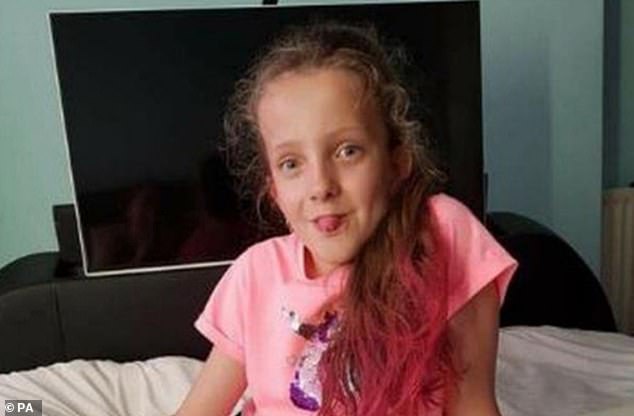 Charley Patterson, pictured, took her own life at her home in Cramlington, Northumberland on October 1, 2020, her inquest has ruled 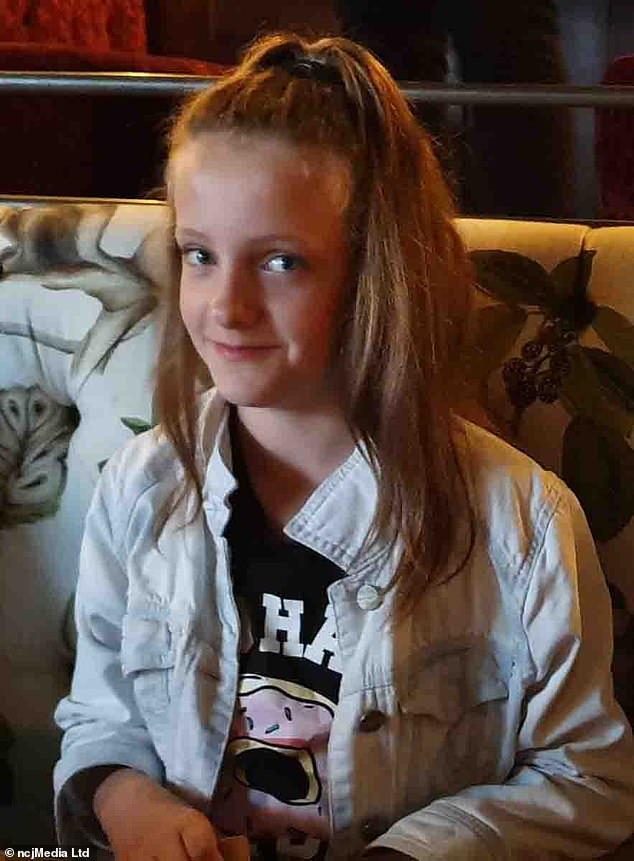 The schoolgirl, pictured, struggled with her mental health during lockdown and faced bullying ‘overwhelmingly by electronic devices’ while outside school, the inquest heard

She was bullied and struggled to get mental health support in the months before her death, her parents previously said.

He said he intends to write to Ms Coffey after hearing evidence about ‘the number of referrals services are receiving from young people with regard to their emotional wellbeing’.

One witness said referrals from a child struggling with their mental health have gone from one a week to one a shift following the pandemic, Mr Hetherington told the hearing.

He said the reason is ‘complex, including the impact of Covid-19, an increase in anxiety, body image, OCD, self-harm and overdoses’.

‘I will write to Therese Coffey to highlight the concerns I have heard and to see if actions can be taken,’ Mr Hetherington added.

Since the end of lockdown, the service has seen ‘a massive escalation’ in the number of young people experiencing mental health issues, including ‘a lot of school anxiety, issues with bullying and OCD’, Ms Parker said.

‘During Covid-19 we were really quiet in the beginning. People were trying to avoid services because of the outbreak, then when children have went back to school it has created a lot of issues,’ she told the inquest. 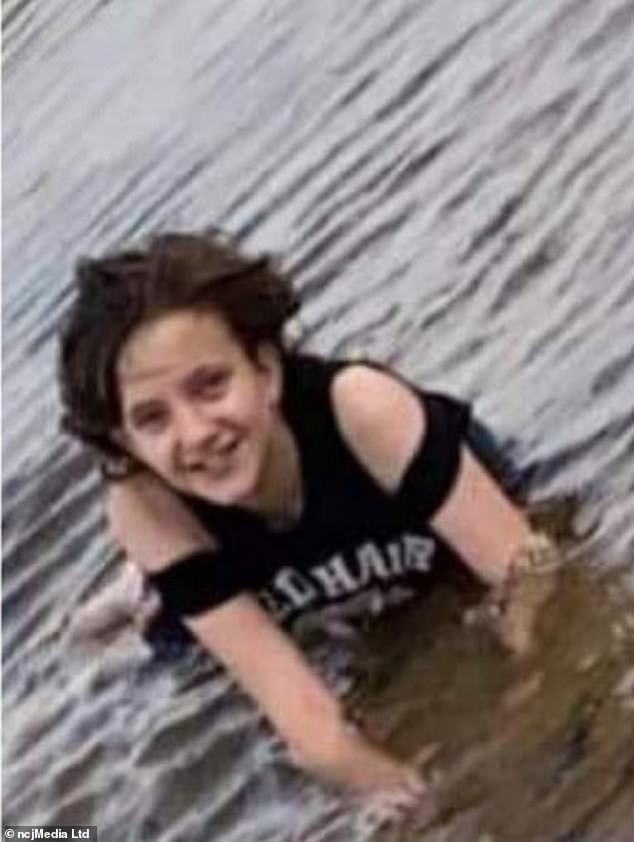 When Charley was at the school, around 36 children were classed as ‘the most vulnerable’ but there had since been ‘a further 100 or so’, Ms Travers said.

In the period leading up to Charley’s death, she suffered from bullying which took place ‘overwhelmingly by electronic devices’ and was likely to have happened outside school, Mr Hetherington concluded.

Charley suffered with low mood and anxiety related to a number of factors including Covid-19 restrictions, friendship difficulties and ‘other influences’, he said.

He said it was ‘of particular concern’ that a referral for Charley to the Northumberland early intervention hub after she attended A&E over self-harm concerns had not been made due to an error, but said he is ‘satisfied there had been a change in process’ since then. 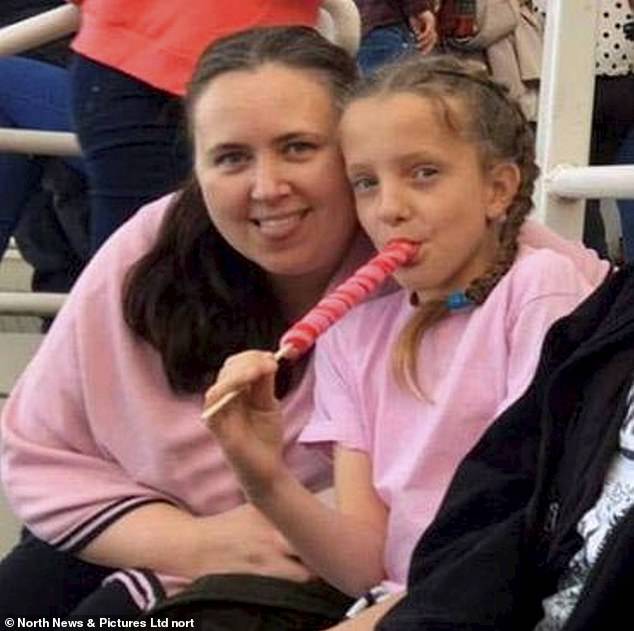 Charley Patterson, 12, with her mother Jamie, 35. Her inquest heard the schoolgirl had been bullied overwhelmingly by ‘electronic devices’

Mr Hetherington said it is not possible to say, if these steps had been taken, whether the outcome for Charley would have been any different.

He also said he was ‘reassured’ that the waiting time of three years that Charley’s mother Jamie Patterson says she was given for a referral to Children and Adolescent Mental Health Services (Camhs) ‘does not exist’ after hearing from witnesses.

After the hearing, Charley’s family paid tribute to the caring, animal-loving 12-year-old.

They have been campaigning for Charley’s Law, which calls for improvements in mental health provision for young people, including that they should be seen within a month of asking for professional help.

The family also called on schools to educate children at a younger age about bullying and safety online. 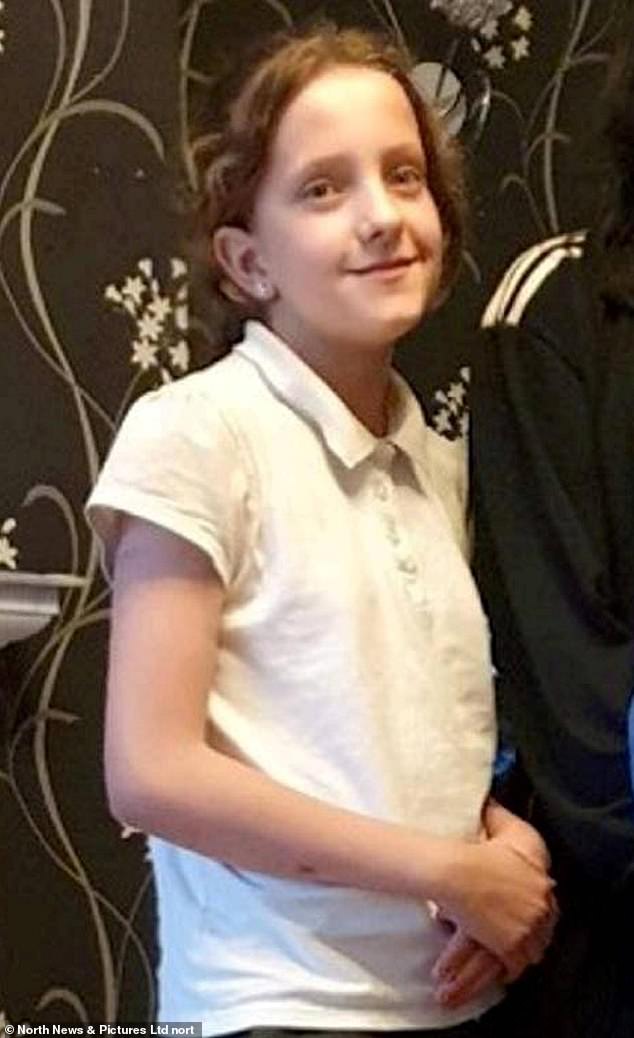 Charley Patterson, 12, was found dead by her devastated father on October 1 2020 after being bullied

They said: ‘This week has been incredibly difficult for us as some of the evidence that we have listened to has been heart-breaking.

‘However, we know that this has needed to happen and has shed light on what needs to be done, and the fact that the coroner felt the need to make a prevention of future deaths report to the Secretary State for Health and Social Care shows that this is such a significant and national issue and needs urgent attention by the Government.

‘We hope this, combined with our campaign, helps to prevent future deaths.’

The family was represented by Abigail Gowland of Watson Woodhouse solicitors.