Christmas plans in pieces as Victoria discourages travel to Sydney

Victorian authorities have strongly discouraged travel between Victoria and Sydney until the new year due to the escalating coronavirus outbreak in Sydney’s northern beaches.

The announcement has shattered thousands of Christmas travel plans, and comes as Victoria marks almost 50 days without a local coronavirus case. 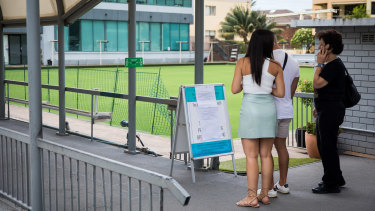 Confirmed cases travelled on the following transport services. Other passengers are considered to be casual contacts, and should get tested and isolate until a negative result is received.