'Steady as she goes': Number of positives for public health in budget

Former Australian Medical Association president Tony Bartone says while funding for the nation's pandemic emergency response, aged care and mental health were among a number of positive announcements in last night's federal budget, there are "still things that need to be addressed".

"If we look at public hospital, elective surgery waiting lists and emergency department waiting times … [there] were record wait times in a number of our states and jurisdictions [before the pandemic]," he told Today. 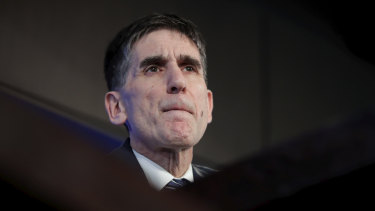 "During the COVID pandemic, obviously we had elective surgery frozen in many states and, indeed, in Victoria, for a significant period of time. That's going to put back pressure on people waiting for elective surgery."

Asked for his thoughts on whether budget predictions should be hinged on all Australians receiving coronavirus vaccinations by the end of next year, Dr Bartone said a mid-2020 vaccine arrival was "probably the best approximate timeframe", but "there is no guarantee".

"In the immediate outlook, it is steady as she goes and positive signs at this stage," he said of public health funding in the budget more generally.

Budget 'leaving too many people behind': Labor

"If you are over the age of 35, you will lose your wage subsidy in March … and you'll be competing for a job with someone under 35 who is being subsidised for work," Mr Albanese told Sunrise this morning. 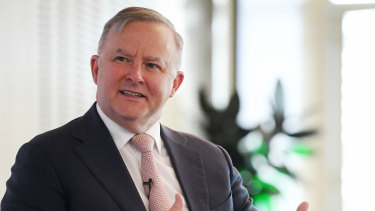 Anthony Albanese will deliver his budget reply speech on Thursday.Credit:

"If you are a woman, half the population … [who] are being particularly adversely affected by the pandemic … there is nothing really there to support you, and it is almost like it was an afterthought: a women's economic statement, throw it into the speech."

The Labor leader said there was no "competitive plan" for jobs in the budget.

"Where is the big reform as part of coming out of this crisis stronger?" Mr Albanese asked.

"There is nothing really there. We had compulsory superannuation come out of the recession that occurred under Paul Keating." 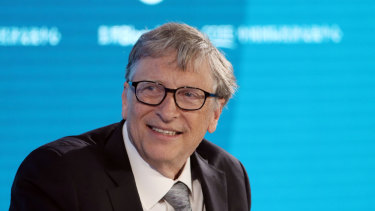 Bill Gates, co-chair of the Bill and Melinda Gates Foundation, has committed to scaling up vaccine manufacturing at an unprecedented speed.Credit:Bloomberg

Rich countries could be back to close to normal by late 2021 if a COVID-19 vaccine works, is ready soon and distributed properly at scale, Microsoft founder Bill Gates said on Tuesday (UK time).

"By late next year you can have things going back pretty close to normal – that's the best case," Gates, 64, told The Wall Street Journal CEO Council.

"We still don't know whether these vaccines will succeed," Gates said. "Now the capacity will take time to ramp up. And so the allocation within the US, and between the US and other countries will be a very top point of contention."

Asked who did best at balancing the competing health and economic needs of the pandemic, Gates said: "South Korea, Australia – because this is an exponential event, a little bit of intelligence early on makes a huge difference," he said.

COVID-19 vaccines developed by Pfizer/BioNTech and AstraZeneca/Oxford University are two of the leading candidates in the race to be first to get regulatory approval in the West.

Trump, back at the White House, compares COVID-19 to seasonal flu

The news just keeps coming from Washington as US President Donald Trump, still suffering from COVID-19, settles back into the White House after a brief hospital stay. Here's the latest: 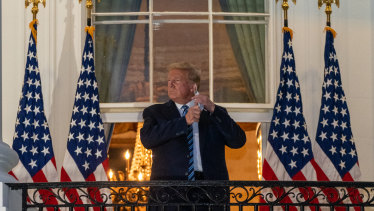 US President Donald Trump removed his protective mask on the Truman Balcony of the White House after three days in hospital.Credit:Bloomberg

Washington: Still sickened by COVID-19, US President Donald Trump has plunged back into playing down the disease that hospitalised him for three days and has so far killed more than 210,000 Americans. He compared it anew to the seasonal flu and signalled he plans to return soon to the campaign trail.

Back at the White House after a dramatic helicopter return from the military hospital where he was receiving an unprecedented level of care for COVID-19, Trump's attitude alarmed infectious disease experts. And it suggested his own illness had not caused him to rethink his often-cavalier attitude toward the disease, which has also infected the first lady and more than a dozen White House aides and associates.

Anxious to project strength just four weeks from election day, Trump, who is still contagious with the virus, tweeted on Tuesday morning local time (Wednesday AEDT) that he was planning to attend next week's debate with Democrat Joe Biden in Miami. "It will be great!" he said.

He also returned to his previous comparisons of COVID-19 to the seasonal flu.

"Many people every year, sometimes over 100,000, and despite the Vaccine, die from the Flu," he tweeted. "Are we going to close down our Country? No, we have learned to live with it, just like we are learning to live with Covid, in most populations far less lethal!!!"

In fact, COVID-19 has already proven to be a more potent killer, particularly among older populations, than seasonal flu, and has shown indications of having long-term impacts on the health of younger people it infects. During the 2019-2020 influenza season, the flu was associated with 22,000 deaths, according to US Centres for Disease Control and Prevention estimates.

Facebook also took the post down but not before it was shared about 26,000 times, data from the company's metric tool CrowdTangle showed.

Good morning, and welcome to today's coronavirus live blog. My name is Hanna Mills Turbet, and I will be helping to bring you the latest COVID-19 news from Australia and around the world.

It's post-budget day, so Australia's top politicians will be out in force this morning, trying to sell Josh Frydenberg's big-spending budget. We'll bring you all the news and analysis from our team in Canberra, as well as the local reaction around the country.

Feel free to shoot me an email – [email protected] – or leave a comment in the blog if you have any news tips or something to share.