The developers who illegally ripped down the Corkman Irish Pub in Carlton say they should not be jailed for 30 days for thumbing their noses at the courts, because of the “beautiful” $1.6 million park they have put in place of the demolition site.

Stefce Kutlesovski and Raman Shaqiri are appealing their month-long sentence for flouting Victorian Civil and Administrative Tribunal orders to turn the demolition zone into a park by February last year. 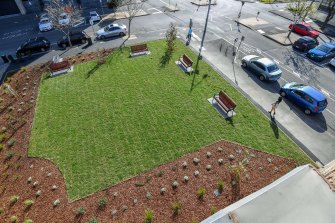 The former Corkman pub site in Carlton, which is now a public park.Credit:Joe Armao

The pair reduced the site to rubble in 2016 after tearing down the 159-year-old pub in Leicester Street without a building or planning permit.

Planning Minister Richard Wynne and the City of Melbourne successfully brought contempt proceedings against them in the Victorian Civil and Administrative Tribunal last  December.

Tribunal president Michelle Quigley fined their company, 160 Leicester Pty Ltd, $150,000; ordered the pair to pay $250,000 in legal costs; and, in a rare move, sentenced them to a month in prison.

Shaqiri and Kutlesovski applied for leave to appeal their prison sentence in the Court of Appeal on Wednesday, but abandoned their plan to appeal the conviction. Their QC, David Grace, accepting the contempt was serious. 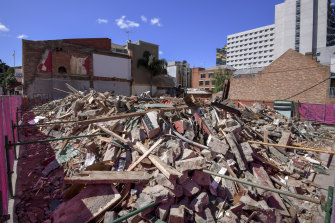 The rubble of the Corkman Irish Pub the day after it was illegally demolished in 2016.Credit:Eddie Jim

But because the park had eventually been built, Mr Grace said the contempt had been “purged” and at such expense that a prison sentence, which he said was manifestly excessive punishment, was no longer necessary. He said $1.6 million, including GST, had been spent on the park.

“Compliance has been achieved at considerable expense,” Mr Grace said.

“You can see the product of this work, which is clearly for the community’s benefit and reflects a beautiful streetscape and recreation area for the public to enjoy.”

The park, on the corner of Leicester and Pelham streets, was completed last month and is likely to be temporary, pending development of the site. 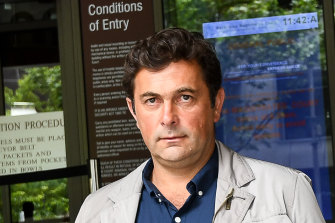 Mr Grace issued an apology to the court on behalf of his clients. Though the court heard the company had said sorry at the “11th hour” during the VCAT proceedings, the directors’ remorse had previously been “muted”.

“We have now completely rectified the situation and the orders are now complied with,” Mr Grace read.

“We are repentant and we have recognised what we have done wrong. This behaviour will not be repeated.”

That Shaqiri and Kutlesovski’s efforts were too little too late was essentially the argument from the barristers acting for the council and minister, Paul Holdenson, QC, and Andrew Woods.

The fact the park had been completed should not change the sentence, they argued. 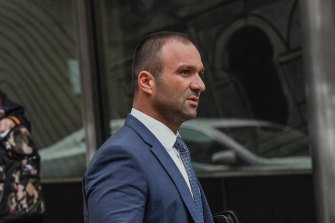 Mr Holdenson repeated Ms Quigley’s ruling that the pair had been arrogant in their flouting of the orders and disregard for authority.

“No apology, no remorse and no contrition,” he said.

Court of Appeal judges Phillip Priest, David Beach and Stephen Kaye were critical of the pair’s behaviour, with Justice Kaye quoting the VCAT ruling that Shaqiri and Kutlesovski had to be “dragged every step of the way to compliance”.

Shaqiri and Kutlesovski have already been fined $1.1 million for the illegal demolition.

The court will hand down a decision at a date yet to be set.