A POLICE officer has been sprayed in the face with an unknown substance near Parliament in Westminster today as cops launch a manhunt for the suspect.

The Metropolitan Police said the officer was attacked with the substance at around 8pm today while on duty at the Palace of Westminster in central London. 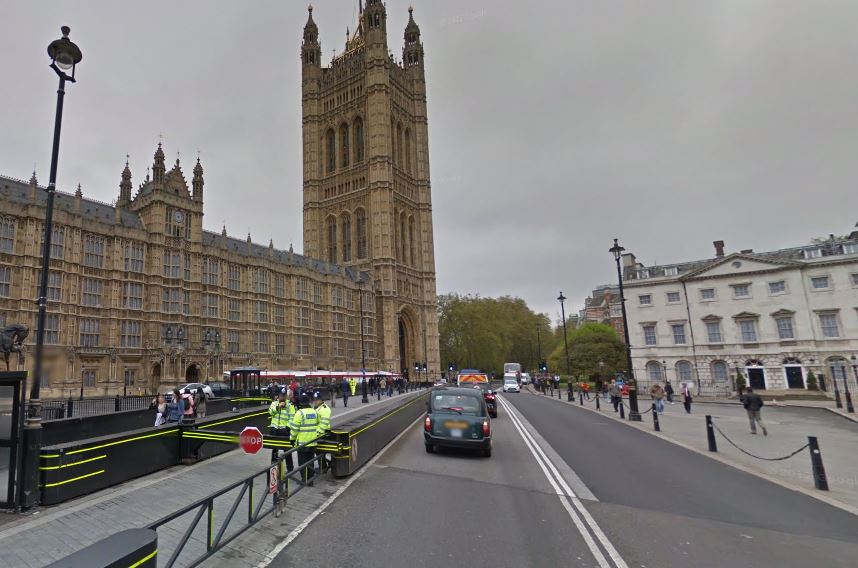 Police are using a helicopter to scour the area for the suspect, who fled towards Victoria Tower Gardens.

The officer suffered mild irritation to his face and was assessed by London Ambulance Service.

Anyone who witnessed any suspicious activity in the area, or who has information about the incident, should call 101 with the reference 6588/01DEC.

The shocking attack came hours after parliament was hit by a major security breach after an intruder slipped past police before being chased down.

Armed cops wrestled the suspect to the ground and trained their guns on him as more officers swooped in.

The unknown man was arrested on suspicion of trespassing on a protected site.

The main gates to Parliament – where Boris Johnson and senior Ministers gathered just this morning – was plunged rapidly into lockdown.

At around 3.30pm the suspect was bundled into a Met Police van and whisked off the Parliamentary Estate.

Dramatic photos show a bike strewn on the floor a good distance from where the man, wearing jeans and a coat, was being pinned.

It appears the intruder snuck in near the Carriage Gates entrance by Parliament Square which MPs and Lords usually use. 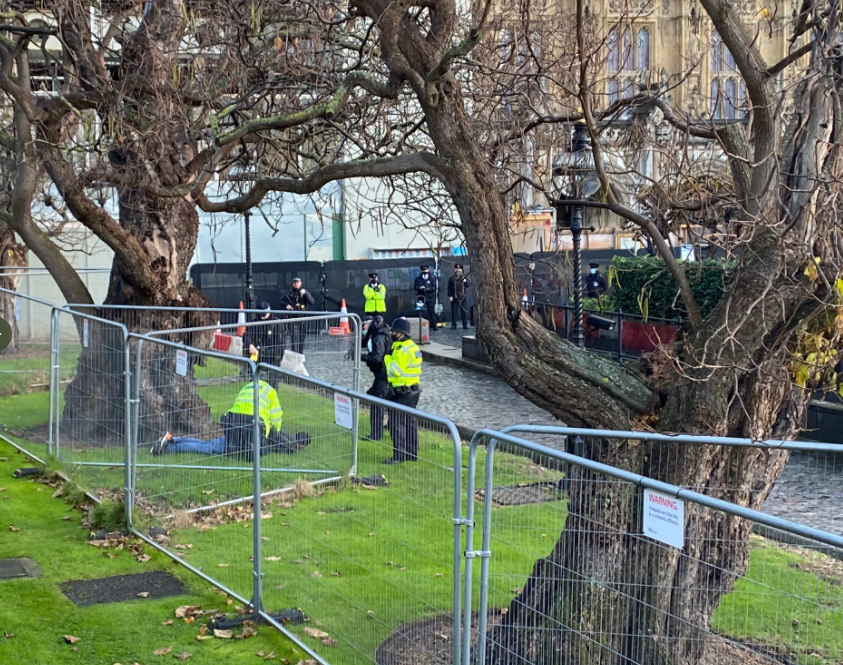 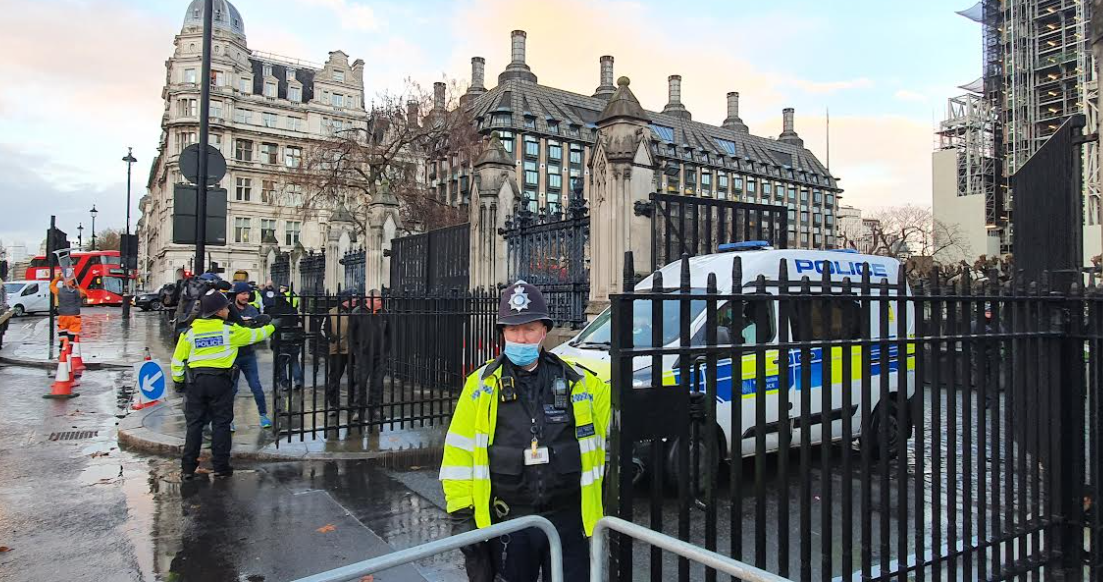