A GEORGIA cop was shot dead during his first day on the job and a manhunt has been launched to find his killer.

Dylan Harrison, 26, was killed Saturday, leaving behind a wife and a six-month-old baby. 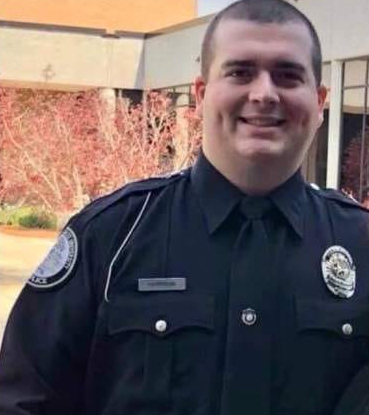 Georgia Bureau of Investigation (GBI) spokeswoman Natalie Ammons told a news conference Harrison was shot and killed outside the Alamo police station around 1am Saturday.

The Dudley native had been working his first part-time shift with the police department.

Harrison had been working in law enforcement since 2018 and was also employed full time with the GBI drug task force in Eastmond, according to the authorities.

While law enforcement did not reveal the details about what led to the shooting they did name Damian Ferguson, 43, who is also known as Luke Ferguson, as a suspect.

A statewide “blue alert” warning a suspect is on the loose who is thought to have killed an officer and could pose a threat to the community was also issued by the authorities.

A $17,500 reward for any information leading to Ferguson’s arrest was also put up by the GBI.

“Anyone with information on the whereabouts of Ferguson or with any information you think may be pertinent to this investigation should contact us,” Ammons said.

She added the investigation was “very active”.

Officials said Harrison’s body had been taken to a GBI crime lab to undergo an autopsy.

“Early this morning, one of our law enforcement officials in Middle Georgia was killed in the line of duty,” he said. “Our thoughts and prayers are with this officer’s family, friends, and colleagues at the Alamo Police Department.”

The Georgia Department of Public Safety said in a tweet it was “deeply saddened” by the officer’s death, sending “thoughts and prayers to the Officer’s family, blood and blue.” 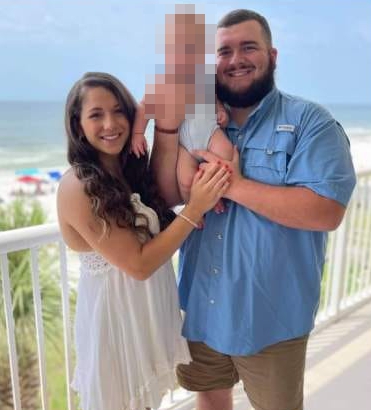