Wellington: A white supremacist who has expressed support for the Christchurch mosques shooting has nominated for a multicultural school board, challenging democratic values in New Zealand.

Philip Arps, who has been convicted for sharing the video of the 2019 mass killing, is one of nine people running for five seats on Christchurch’s Te Aratai College board. 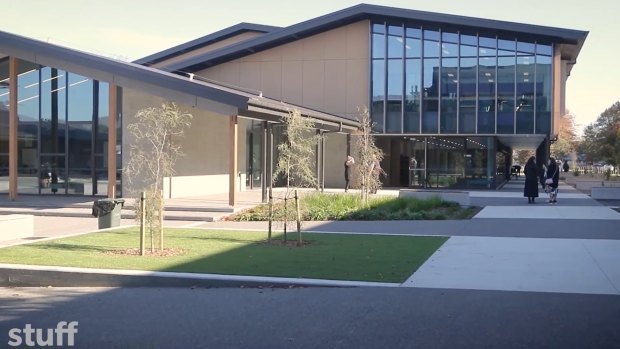 Christchurch’s Te Aratai College, a high school that prides itself on multiculturalism. Credit:Screengrab/Stuff

The high school is less than one kilometre away from the Linwood Islamic Centre, one of two mosques where Australian terrorist Brenton Tarrant murdered 51 worshippers.

Parents and students at the school, which boasts a highly multicultural enrolment, are outraged.

“His way of thinking and his values do not respect the school’s values at all,” head student Sophie Watson told local media outlet Stuff.

“Our beautiful school has so much diversity and strength … having someone on our board like that doesn’t make any sense.” 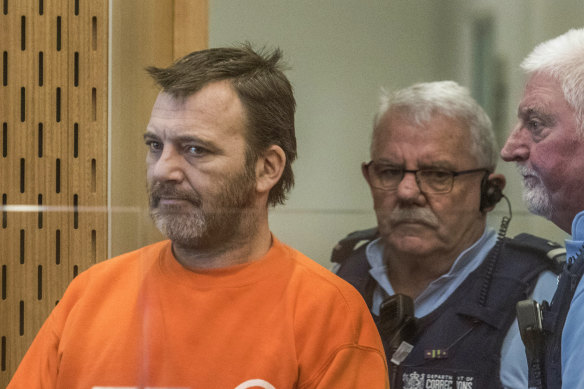 In 2016, he took a pig’s head and performed a Nazi salute outside the Al Noor Mosque, the other house of worship targeted in the 2019 massacre.

He served time in jail after downloading the livestream of the March 15 attacks, sharing it and asking a friend to add a video game-style “kill count”.

Earlier this year, he attempted to join anti-vaccine protests outside parliament in Wellington, telling a petrol station attendant “there’s going to be a public execution, I’ve been promising it. I’ll see you in seven to 10 years”.

Police blocked his travel to the capital after a member of the public heard his comments and called them in.

As of March this year, he has 50 previous convictions, has served 13 sentences of imprisonment and committed 19 offences while on bail.

However, as it stands, his candidacy is valid.

Associate Minister for Education Jan Tinetti told Radio NZ she had ordered an urgent review into the “grey area” which sets candidate eligibility.

The review is due back next week, just before voting closes. Results are to be announced on September 13.

On Tuesday, AAP asked party leaders directly whether white supremacists should be able to run for school boards.

“I would have thought that it would be quite self-evident to people that he is not a good option,” Luxon said.

Seymour said “if it’s up to the government rather than the voters to decide who stands, is that still democracy?”

Prime Minister Jacinda Ardern also chose not to comment on his candidacy, saying the issues were “very much devolved” to schools.

“We require it to migrate to New Zealand. You would think we need it to make decisions on the standards of education for our children,” she told AAP.

Board members have powers to set parts of the curriculum studied, staff employment and student welfare.

Christchurch-based Labour MP Megan Woods said the prospect of Arps winning had “caused a great deal of anxiety and concern and the local Muslim community”.

“I also know that the local community are a group of New Zealanders who moved here and respect the democratic institutions of New Zealand,” she said.

“They certainly have no desire, and neither do I, to see Mr Arps elected to that school board but I think they recognise that this is not a simple issue.”