A CONVENIENCE store boss has told customers NOT to wear face masks as he fears shoplifters and robbers will run riot.

The man has put up a sign, at his Nisa shop in Danesmoor, Derbs, saying: “For security reasons, pls do not cover your face or head in this shop." 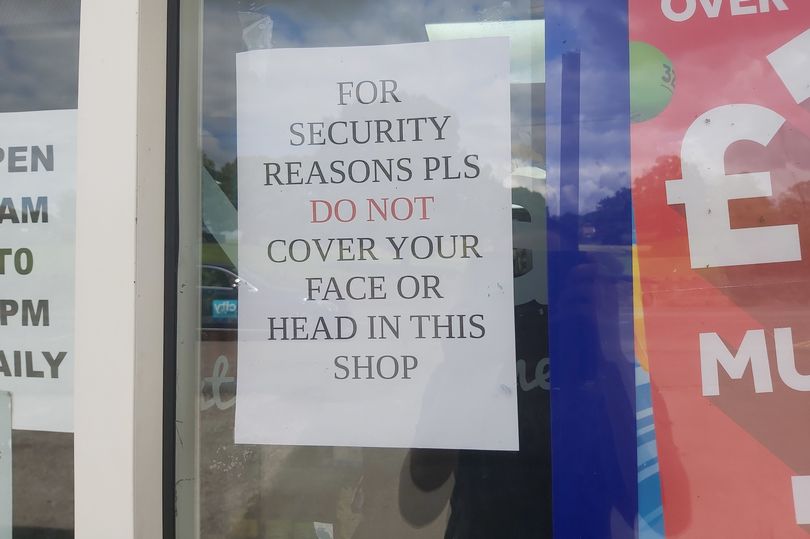 Explaining the reason behind the notice, he said: "I am allowing people to wear masks – maybe I've worded the sign badly – but we get a lot of shoplifting and if they've got a mask on, I can't prosecute them.

"What if someone comes in with a knife and threatens my staff, but they're wearing a mask? What am I meant to do? If someone's wearing a hood, I ask them to take it down.

"No-one seems to have thought of the security of people working in shops in all this. We do get shoplifting here and, on the last occasion, the guy was wearing a mask.

What if someone comes in with a knife and threatens my staff, but they're wearing a mask? What am I meant to do?

"Am I meant to just keep losing money? I've now been made to feel like the criminal."

Since July 24, face coverings have been mandatory in shops and supermarkets after the Government brought in new regulations to curb the spread of coronavirus.

The shopkeeper said he was "ridiculed" when wearing a mask at the beginning of the covid-19 crisis and believes it is too late to make people cover up now.

He said: "We should've been wearing them from the start, but only now, after the horse has bolted, have the new rules come in.”

The shop keeper added: "If people want to wear a mask or face covering for health or religious reasons, then that's not a problem; I'll be changing the wording of the sign to reflect that.

"When I've told people wearing a mask they don't need to, they generally say 'good' and take it off. I think a lot of people are more worried about getting fined than catching the virus."

Am I meant to just keep losing money? I've now been made to feel like the criminal.

Inside the store on August 2, a queue of around 10 people were waiting to be served and none were wearing masks, including the shop worker.

As they were leaving the store, two teenagers, aged 17 and 18, said they "weren't bothered" about not wearing a mask and "didn't care" about the sign.

A shopper who asked to be named only as Keith, 57, bought a four pack of San Miguel and was wearing a mask when he came out of the store.

He said: "I think people should do as they're told.

"I'm used to living in Thailand and following their government – you don't disobey the rules there.

"I didn't see the sign before I went in the shop; I thought it was law that you had to wear a mask."

According to government regulations, people found flouting the masks rules could face a fine of £100, reduced to £50 if paid within 14 days. 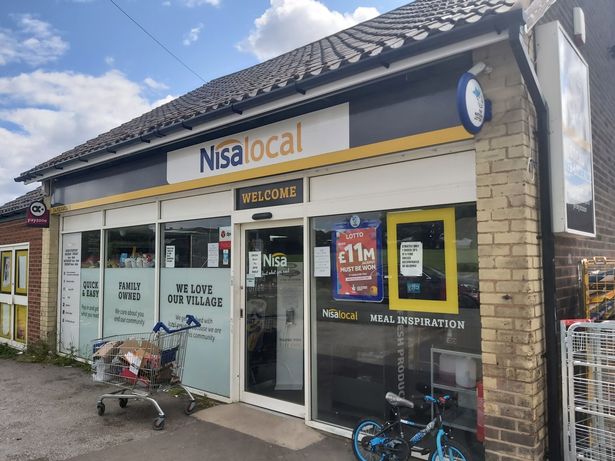