‘A whole village adopted Matadi to give him a different life’: Congolese boy, 8, who NBA star Dikembe Mutombo flew to LA to get facial tumor removed because he was shunned by his community, dies days after surgery from anesthesia complications

A Congolese boy who traveled to Los Angeles to undergo surgery to remove a large tumor on his face died four days after having an adverse reaction to anesthesia.

The foundation headed by the former NBA star said that during the delicate surgery on December 16, the boy suffered a rare and unexpected genetic reaction to anesthesia.

Calls and emails to the foundation and doctors at the Osborne Head and Neck Institute were not immediately returned Saturday. 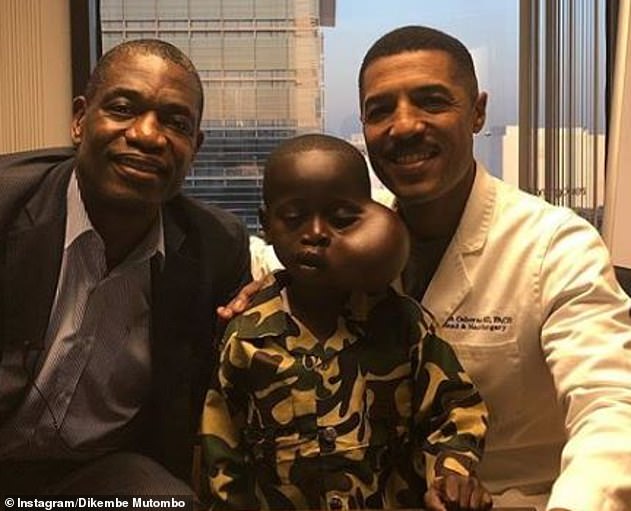 Matadi (pictured center with Dikembe Mutombo, left, and his doctor) the eight-year-old boy who arrived in L.A. from the Congo last week to have his tumor removed, has died 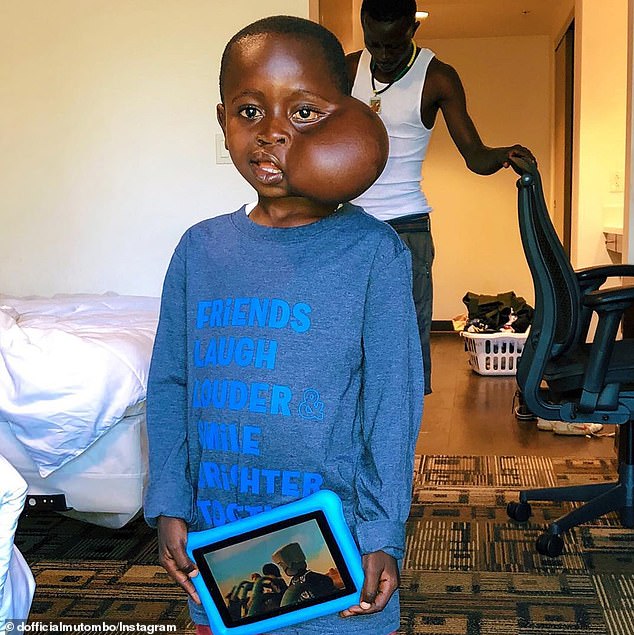 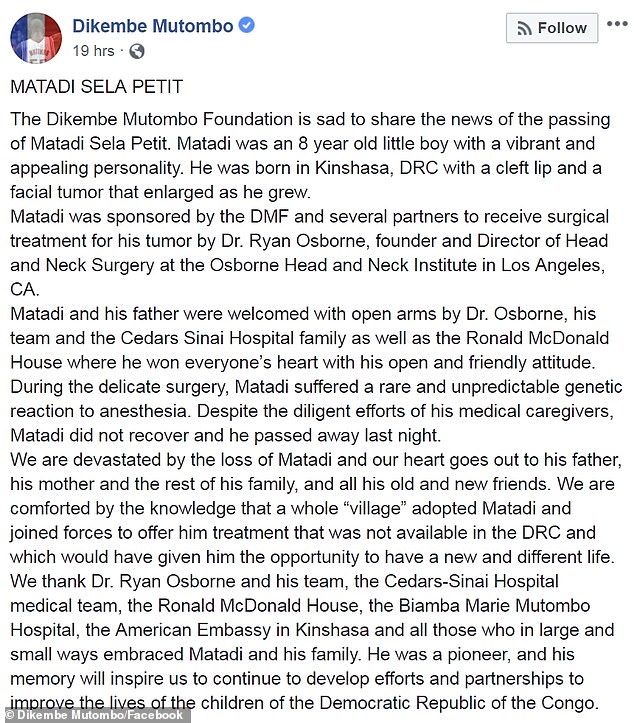 ‘Matadi was an 8 year old little boy with a vibrant and appealing personality,’ the foundation said on Saturday

In photos and videos posted on Instagram, Mutombo greeted the boy when he arrived at the airport with his father and accompanied him to a medical appointment.

The basketball star has set up a hospital in the Congo where he hails from a devout Christian community.

Matadi was being bullied and ostracized in his home because of the tumor.

Mutombo told TMZ: ‘I was touched by what he’s going through as a young boy who’s eight years old. Not going to school.’

‘The way he’s been pushed away by the society. His mom has to keep him in the bedroom every day because people are talking bad about him.’

He also tweeted, asking fans to ‘please keep little Matadi in your thoughts and prayers’ before he went into surgery.

‘We are hopeful for his full and complete recovery so that he can return home to his family,’ he wrote last week.

Matadi was born with a cleft lip and a tumor on one side of his cheeks that grew into the size of a balloon.

‘The Dikembe Mutombo Foundation is sad to share the news of the passing of Matadi Sela Petit,’ the statement read.

‘Matadi was an 8 year old little boy with a vibrant and appealing personality.

‘He was born in Kinshasa, DRC with a cleft lip and a facial tumor that enlarged as he grew.

‘Matadi was sponsored by the DMF and several partners to receive surgical treatment for his tumor by Dr. Ryan Osborne, founder and Director of Head and Neck Surgery at the Osborne Head and Neck Institute in Los Angeles, California. 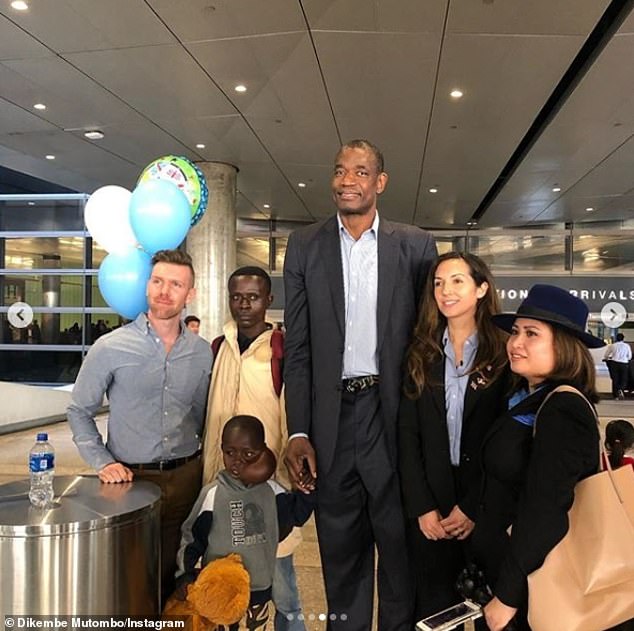 In photos and videos posted on Instagram, Mutombo greeted the boy on December 12 when he arrived at the airport with his father and accompanied him to a medical appointment 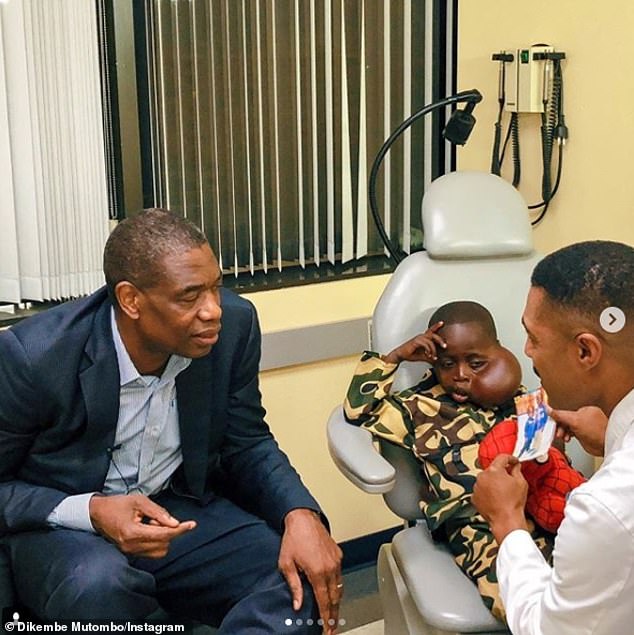 Six hours into the operation on Monday, the boy suffered a rare and unexpected genetic reaction to anesthesia

‘Matadi and his father were welcomed with open arms by Dr. Osborne, his team and the Cedars Sinai Hospital family as well as the Ronald McDonald House where he won everyone’s heart with his open and friendly attitude.

‘During the delicate surgery, Matadi suffered a rare and unpredictable genetic reaction to anesthesia.

‘Despite the diligent efforts of his medical caregivers, Matadi did not recover and he passed away last night.

‘We are devastated by the loss of Matadi and our heart goes out to his father, his mother and the rest of his family, and all his old and new friends.

‘We are comforted by the knowledge that a whole “village” adopted Matadi and joined forces to offer him treatment that was not available in the DRC and which would have given him the opportunity to have a new and different life.

‘We thank Dr. Ryan Osborne and his team, the Cedars-Sinai Hospital medical team, the Ronald McDonald House, the Biamba Marie Mutombo Hospital, the American Embassy in Kinshasa and all those who in large and small ways embraced Matadi and his family.

‘He was a pioneer, and his memory will inspire us to continue to develop efforts and partnerships to improve the lives of the children of the Democratic Republic of the Congo.’ 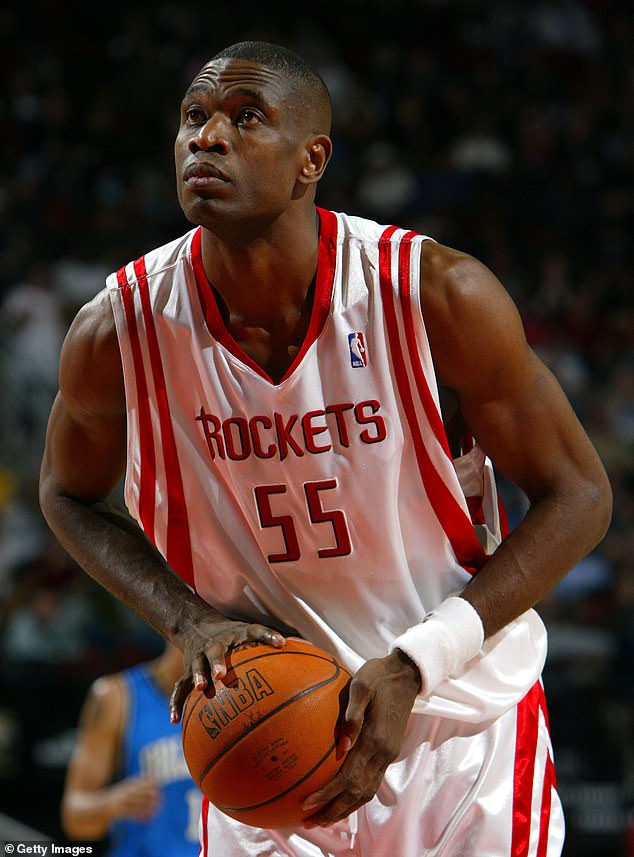 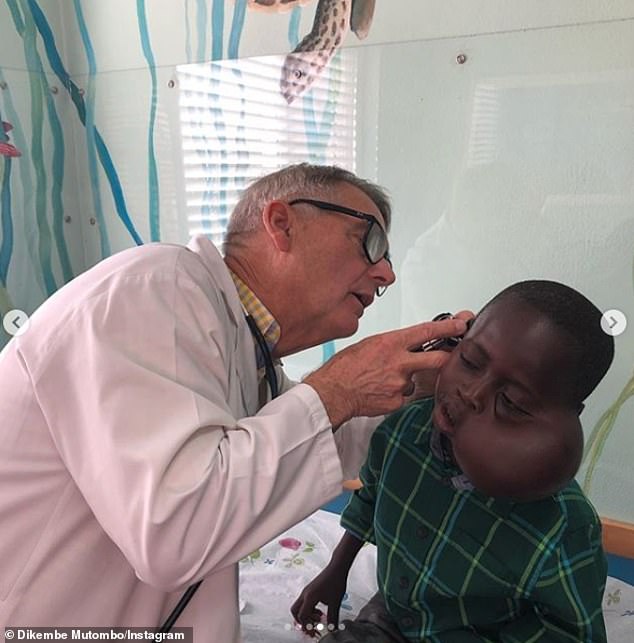 ‘Despite the diligent efforts of his medical caregivers, Matadi did not recover and he passed away last night,’ the statement said 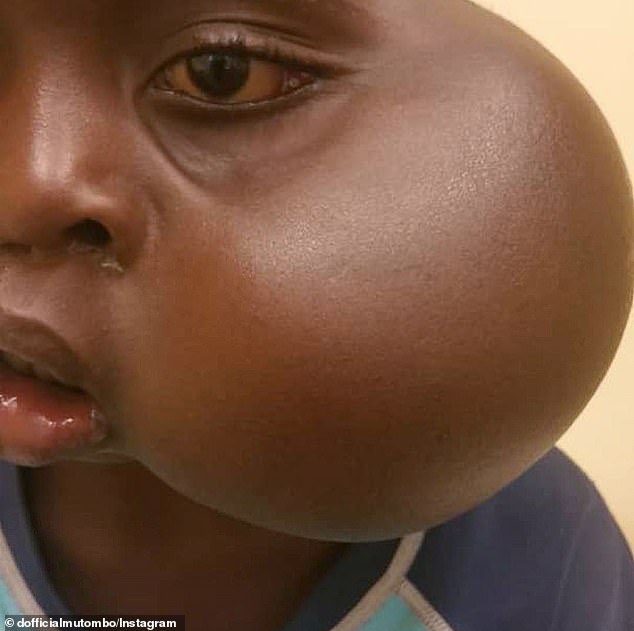 ‘Despite the diligent efforts of his medical caregivers, Matadi did not recover and he passed away last night,’ according to a statement by Mutombo’s foundation

Mutombo, the 7ft2in native of Congo, was inducted in the Basketball Hall of Fame after a stellar career as one of the game’s top defensive players in both college and the professional level.

In his post-retirement career, he has devoted his energies to philanthropic ventures benefiting his native country.

Mutombo has set up a hospital in the Congo where he hails from a devout Christian community.

The former Denver Nuggets star heard about Matadi’s story of being bullied and ostracized back home because of his condition, so he decided to pay for him to be treated in the U.S. where he says care is ‘a thousand’ times better.

The plan was for Matadi to be flown back to the Congo once the procedure and his after care is complete.