COMMUTERS today faced misery and chaos on “Meltdown Monday” as four million trains were rescheduled in the biggest rail timetable change for decades.

Every train run by the UK's busiest franchise, Govia Thameslink Railway (GTR) – which consists of Southern, Thameslink, Great Northern and Gatwick Express – was rescheduled from Sunday. 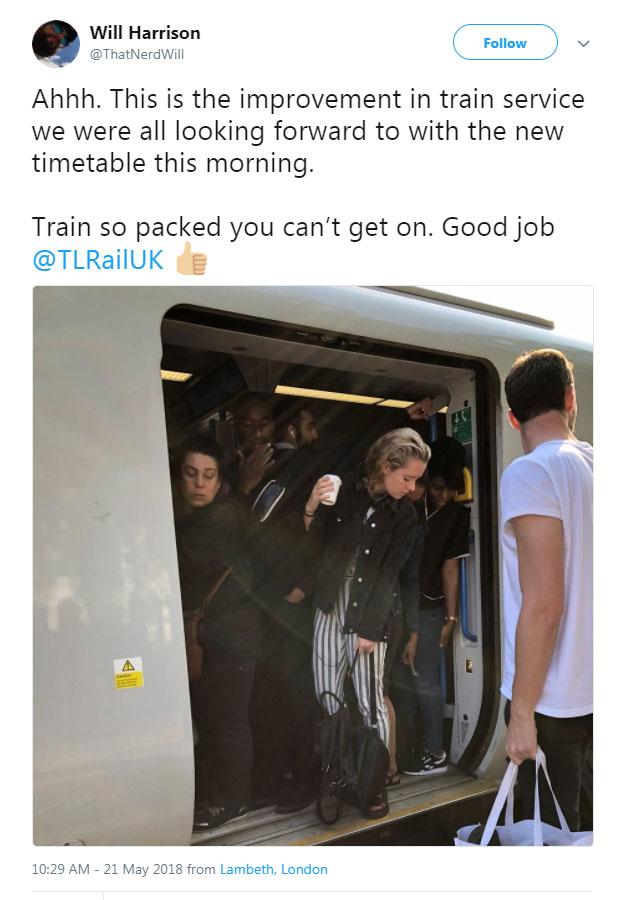 But today was the first time thousands of commuters used the new services and some were furious when trains were cancelled.

Angry workers took to Twitter to slam the "shambolic" timetable – with one arriving at work three hours after leaving home – in a journey which would have taken him just one hour and 40 minutes in a car.

Others posted images of packed trains and sarcastically praised train companies for their “great start” operating on the new schedule.

One woman, from Mill Hill, North London, wrote that she does not have a "hope of getting to work" after two trains were cancelled. 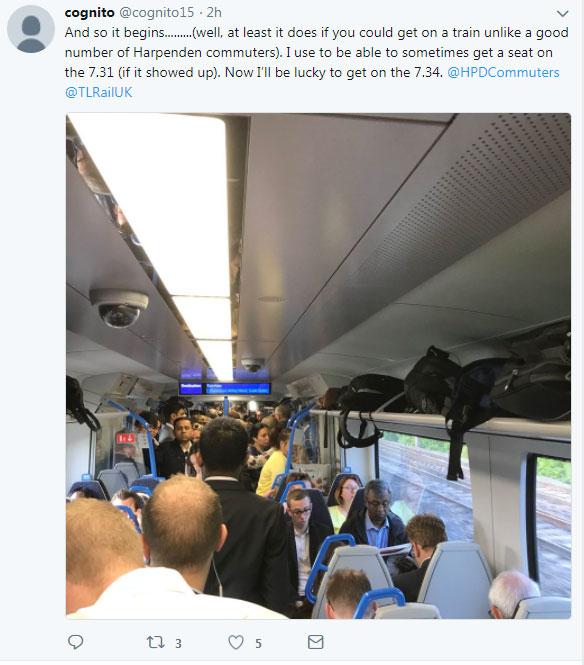 It comes after GTR warned that services could be disrupted as the new timetable was introduced, leaving some passengers frustrated on the first day.

As people aired their frustration on social media, the train operators said the disruption was due to a "short-term planning amendment".

When one Twitter user asked what this meant, Thameslink replied: "With the new timetable being introduced we have a lot of staff and stock in the wrong places.

"Some services have been altered/cancelled as a result whilst Control work to get everything in the right place."

Great Northern told one customer trains could be altered "for the next few weeks whilst getting everything into place".

One Twitter user posted: "2nd day on the new timetable and the second consecutive time my train has been cancelled. 06:29 RDH to LDB delayed but will be cancelled as the 06:11. Going well".

Another said: "So @GNRailUK have been badgering us for weeks about the timetable changes. Obligingly, I get up and out earlier to catch altered train and oh look. Cancelled. As is the one prior. Bravo @GNRailUK"

A GTR spokesman said: "We are introducing the biggest change to rail timetables in a generation and, as we have been informing passengers, we expect some disruption to services in the initial stages.

"This is a significant logistical challenge as we make rolling incremental changes across more than 3,000 daily services.

"We apologise to customers for any inconvenience caused during the initial stages of the timetable change.

"The improvements we are making will lead to a significant boost in capacity with a 135 increase in services across the GTR network immediately."

He said: "The union is picking up reports from both Northern and GTR of a hopeless lack of planning, combined with a shortage of crew and fleet, which has reduced the Monday morning journey to a nightmare for many passengers.

"It is our members dealing with the anger at the sharp end, not the well-paid top brass from Arriva and Govia who are responsible for this Meltdown Monday on our railways.

"Both of these companies have sought to compromise safety and access by hacking back on critical staff and it is no surprise to RMT that they can't be trusted with the massive logistical challenges of bringing in new timetables. 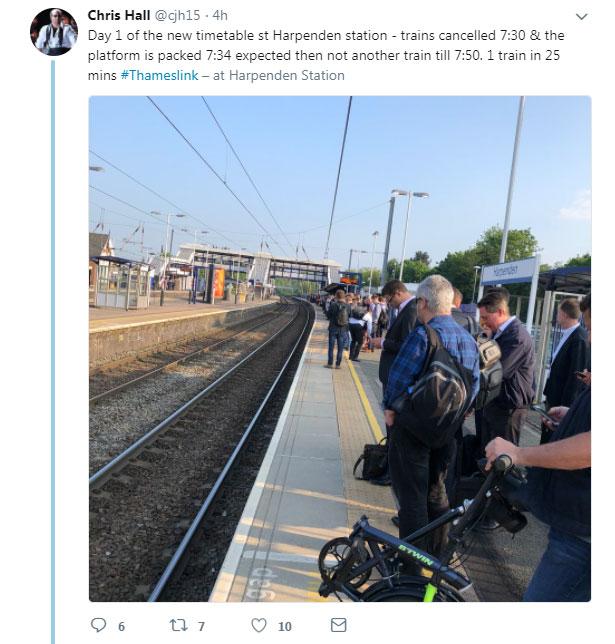 "Frankly I wouldn't trust the private train operators to run a bath, let alone our vital rail routes. After Virgin/Stagecoach were kicked off the East Coast last week, it's time for the rest of these racketeers to be sent packing as well and for our railways to be run by the public sector as a public service."

More than four million trains across Britain were rescheduled from Sunday in the largest timetable change in living memory.

The number of alterations is seven times larger than normal due to the introduction of new trains and services following billions of pounds of investment.

The shake-up is designed to increase overall frequencies and reliability, but some passengers will find their regular journeys are no longer possible.

MOST READ IN NEWS

'Sadistic' girl, 16, 'laughed as she tortured a doctor to death in park'

The new GTR timetable was developed from scratch and was designed to tackle existing issues by extending stop times at busier stations and increasing turnaround times at destination stations.

Many of the timetable changes are a result of the £7 billion invested in the Thameslink programme in the South East, including rebuilding London Bridge station, new trains and track improvements.

There will be almost 400 additional GTR trains every day.

Some passengers in a number of locations complained they will be served with fewer or slower services, including in Hertfordshire, Bedfordshire, Kent, East Sussex and Surrey, where many people pay several thousand pounds for annual season tickets to London.