Police and Crime commissioner for Kent slams ‘selfish’ Met Police recruitment campaign that will ‘poach’ officers from other forces by offering £5,000 bonus

A police and crime commissioner (PCC) has blasted a new recruitment campaign by the Metropolitan Police to recruit experienced officers from other forces by offering a £5,000 bonus as ‘selfish’ and ‘poaching’.

Matthew Scott, the PCC for Kent – which borders the London force – has urged the Met to withdraw its generous offer.

‘The failure of the Met Police to recruit will now be felt in neighbouring police forces as they selfishly seek to poach our experienced and trained officers to meet their own targets,’ he said.

‘Policing works best when we work together, but clearly the Met is not co-operating here.’

The Met Police is offering experienced officers a one-off bonus of £5,000 if they transfer to the London force. 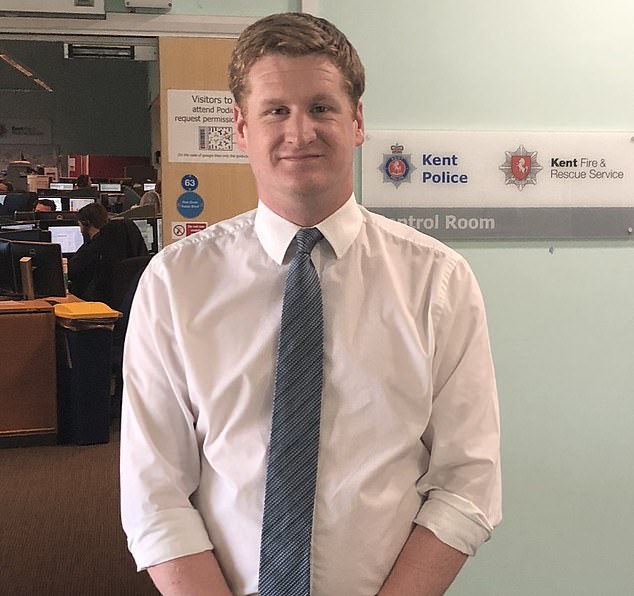 Matthew Scott, the PCC for Kent – which borders the London force – has urged the Met to withdraw its £5,000 recruitment offer for experienced officers

Police constabularies in England and Wales are recruiting to meet the Government’s target of 20,000 additional police officers by March 2023.

But the Kent PCC has called on the Met and the Mayor of London Sadiq Khan to stop using bonus payments to try to recruit experienced officers from neighbouring forces.

Commissioner Scott along with other PCCs has written to the London Mayor expressing dismay and dissatisfaction at the capital’s tactics.

The letter says: ‘The most disturbing of these proposals is the £5000 payment to incentivise police officers to transfer from their current forces into the Metropolitan Police.

‘All forces have their own uplift target to achieve and we are all operating in a competitive employment market within the South-East that presents challenges for us all. 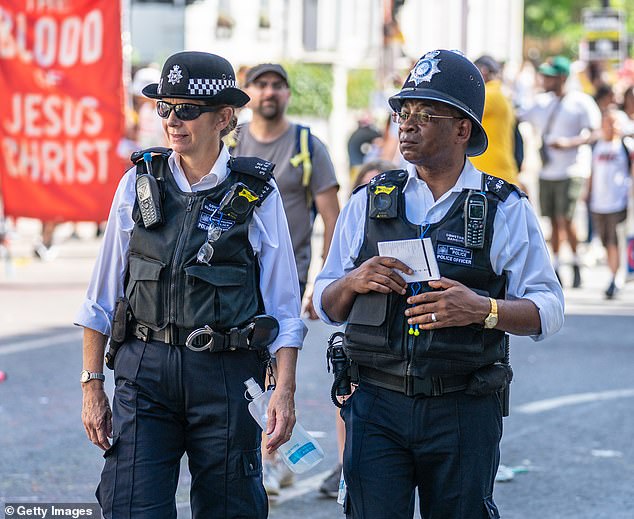 Over the past three years, 9,400 people have chosen to become Met police officers, helping the force to reach 33,567 officers in March. Now, the Met plans on recruiting 4,000 new officers by March 2023

‘As Police and Crime Commissioners for forces where we all met our uplift target last year, it is notable that the Metropolitan Police failed to hit its recruitment target and yet still received full funding from the Home Office.

‘This was a financial option not made available to any other force. Given the imbalance of funding that already exists between the Met and other forces, the use of this additional income to encourage transferees from neighbouring forces is therefore particularly offensive and short-sighted.’

Commissioner Scott added: ‘I have always argued officers should be better paid, but it must be a level playing field across all forces.’

Dame Lynne Owens, former director general at the National Crime Agency, has also hit out at the Met’s plans.

She tweeted: ‘There is a phrase “hitting the target but missing the point.” I cannot believe that this offer is a long, or even medium term solution and it surely must come with a package, beyond financial, that looks at retention too.

‘UK policing is at its best when it’s truly collaborative. In my time as director general, I witnessed an increasing slide to competitiveness based on the false geographic boundaries that mark out the policing structure in the UK.’

Over the past three years, 9,400 people have chosen to become Met police officers, helping the force to reach 33,567 officers in March – the highest number on record.

Now, through the National Police Uplift Programme, the Met plans on recruiting 4,000 new officers by March 2023.

The Met insists the London job market is on the rebound after Covid, with more job opportunities and fewer job seekers as well as ‘more of our officers choosing to retire’.

Clare Davies, director of resources at the Met Police, stated: ‘Our growth is helping us achieve positive results in driving down violent crime and bolstering our presence in town centres and in neighbourhoods across London.

‘The additional measures we have introduced are all targeted at making the Met competitive in the London job market at a time when all police forces and a number of other sectors are recruiting.

‘We will be doing everything we can whilst we have the funding to encourage the best of the best to join us. We will also continue to press hard for a fair pay award for all our officers so that we remain an attractive employer.’