A college student who was found naked and severely burnt along a national highway in India has said she was set on fire by a gang of men who had attempted to rape her.

The unnamed woman was discovered lying along a national highway in Shahjahanpur in Uttar Pradesh, police said on Wednesday.

Superintendent of Police S Anand said the woman told investigators that three men had tried to rape her in a field near Rai Kheda village on Monday. When they did not succeed, they poured kerosene on the woman and set her alight.

The second-year BA student was admitted to a district hospital and later referred to the Dr Shyama Prasad Mukherjee Hospital in Lucknow, where she continues to receive treatment, The Hindustan Times reported. 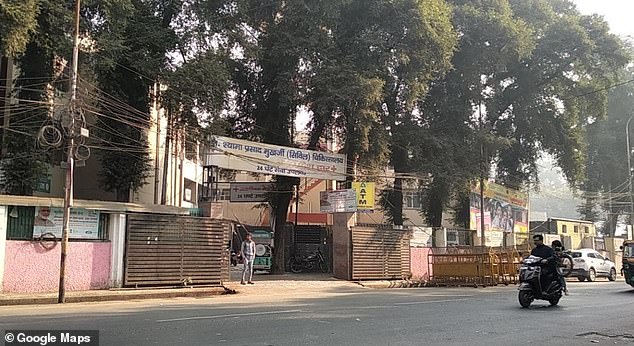 A college student who was found naked and severely burnt along a national highway in India has said she was set on fire by a gang of men who had attempted to rape her. She is receiving treatment at the Dr Shyama Prasad Mukherjee Hospital in Lucknow (pictured)

CCTV footage showed the woman coming down alone from the third floor of her college building.

‘Investigations with the help of CCTV footage have found that the girl went out of the college campus from a broken outer wall about 20 minutes after entering the premises and was seen walking alone on a canal road,’ Anand said.

He added that the woman said she did not know how she got from the third floor of the college building to the hospital and that she had made several changes to her statements.

Prior to exiting the campus, the woman was seen talking to her friends outside a classroom and visiting a library, Anand said.

Three teams have reportedly been deployed to investigate the incident. Another is guarding the woman at the Lucknow hospital where she is undergoing treatment after suffering burns to 72 per cent of her body.

More than a dozen college students have reportedly been questioned in connection with the investigation, including friends of the woman.

Another person, who is a resident of the woman’s village and whom she called on the day of her alleged attack has also been questioned, Anand said.

Asif Ali, a resident of the village where the woman was found said locals covered her up with a stole before calling police. 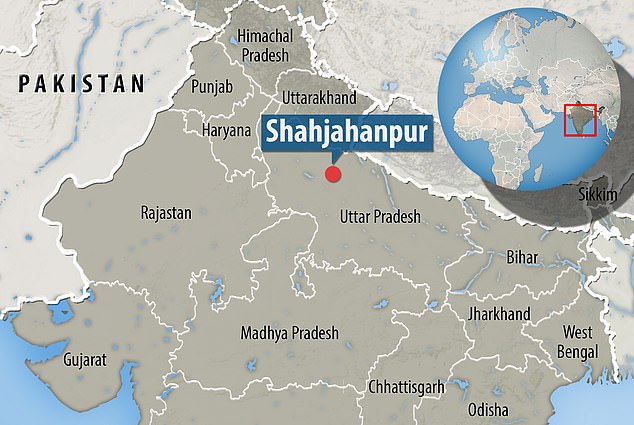 Anand said that some tumblers had been discovered in the field where the woman said the attack took place but there was no obvious sign of alcohol.

The incident is the latest in a long line of violent attacks against women and girls in India, where violence against women in endemic.

In 2019, the country recorded 88 rape cases per day, according to the National Crime Records Bureau.

Uttar Pradesh, where the college student was attacked, was the state with the second most reported cases at 3,065, coming behind only Rajastan, which had almost 6,000.

The figures are thought to represent just the tip of the iceberg as many rapes and sexual assaults are believed to go unreported due to social stigma and a lack of faith in police.