Clarks, one the UK’s oldest shoe chains, has been rescued in a £100 million investment by Hong Kong-based private equity giant LionRock Capital.

The deal will see the 195-year-old retailer enter into a form of administration known as a Company Voluntary Arrangement (CVA), with Clarks insisting that no jobs will be lost and staff will continue to be paid.

Bosses said the move will allow them to keep all 320 stores open with no rent on 60 sites. 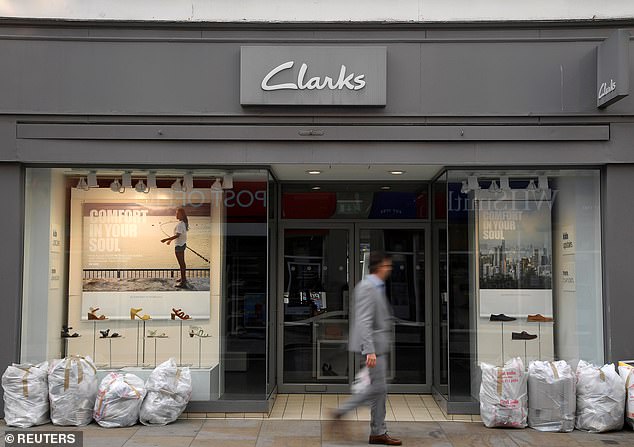 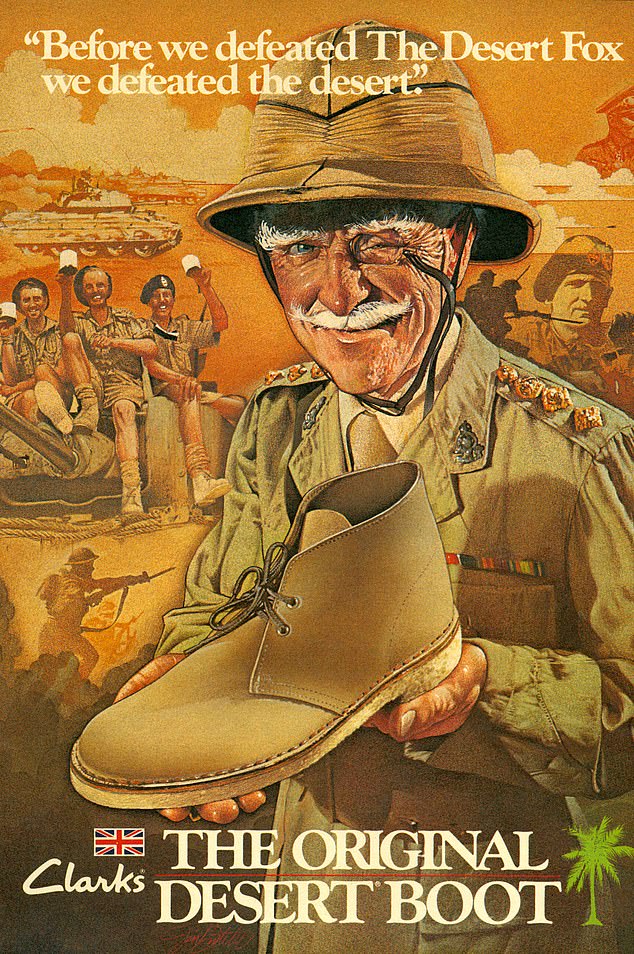 A Clarks Desert Boot advert in the 1980s. More than ten million of the boot were made after Nathan Clark came up with the idea while serving as an officer in the Royal Army Service Corps

Clark: 195-year-old firm founded by Quakers that is best known for the Desert Boot

Clarks was established in Street, Somerset, in 1825 when Quakers Cyrus and James Clark moved from making rugs out of sheepskin to footwear by using the off cuts to produce slippers.

More than 22,000 Clarks styles have been produced since, and the chain is perhaps best known for its Desert Boot made of calf suede leather.

More than ten million of the boot were made after Nathan Clark came up with the idea while serving as an officer in the Royal Army Service Corps in Burma during the Second World War in 1941.

They have since been worn by the likes of Liam Gallagher, Bob Dylan, Robbie Williams and even Tony Blair.

It enjoyed a boom in the 2000s as sales of the boots soared and had pre-tax profits of more than £100million.

But the company has been hit in recent years by the decline of the high street which has intensified in recent months thanks to the lockdown that closed all its stores between late March and July.

The business relocated the bulk of its production to Asia in 2005 and shut its last remaining British plant in 2006.

The remaining outlets will be switched to a turnover-based model, where rent is calculated on the amount of cash that goes through the tills, but the process must be voted through by landlords at a meeting next month.

Philip de Klerk, interim finance chief at Clarks, said: ‘In order to address the permanent shift in structural shopping behaviour as a result of the Covid-19 pandemic, the CVA is being launched out of absolute necessity.

‘The proposal to creditors outlines a combination of a reduction of rent and a move to rebase Clarks’ rental cost base through a turnover-based model that aligns to future performance and reflects the wider retail market.

‘As part of the CVA, we will move 60 of our 320 stores to nil rent. It is important to stress that we are not announcing the closure of any stores today, and employees and suppliers will continue to be paid.’

If successful in a vote next month, LionRock will buy a majority stake in Clarks, with the Clark family to remain invested in the business.

That would see the Clark family lose majority ownership of the company for the first time since it was founded by Cyrus and James Clark in 1825.

Gavin Maher, a partner at Deloitte, which is running the CVA process, said: ‘The retail trading environment in the UK has been under pressure for some time.

‘The Clarks UK business has been faced with weaker consumer confidence and reduced footfall.

‘In the midst of Clarks undertaking its transformation plan, Covid-19 exacerbated these challenges, with working capital and turnover significantly impacted, placing acute liquidity pressure on the group.

‘The turnover rent model better aligns the risk and reward of trading during these uncertain times, and the CVA, together with the proposed investment from LionRock, provides a stable platform upon which the management’s transformation strategy can be delivered.’

The company is the latest in a long line of high street firms which have turned to insolvency specialists to avoid complete collapse. 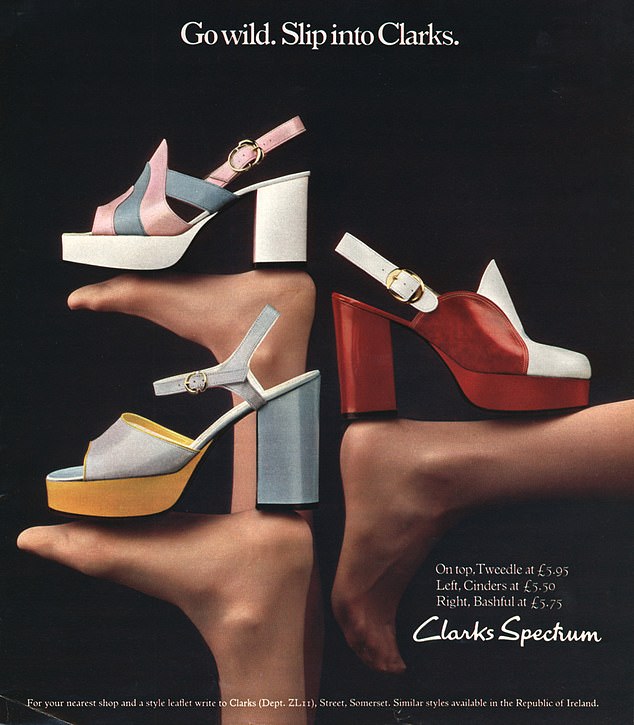 A Clarks shoe advert from the 1970s. The Somerset-based company has operated since 1825

Retailers including New Look, Jigsaw and Edinburgh Woollen Mill have all used insolvency processes to reduce debts as struggling stores buckled under the pandemic pressures and restrictions on high streets.

Restaurants and bars have also turned to CVAs, with Pizza Express, Revolution Bars and Pizza Hut all using the insolvency tool.

Daniel Tseung, founder and managing director of LionRock Capital, said: ‘Clarks is one of the world’s most recognised consumer names and we look forward to working with the Clark family in extending its tradition of providing customers with top-quality products and exceptional service.’

Last week, the footwear retailer, based in Somerset, announced it had begun talks with landlords about shop closures and rent reductions with hundreds of jobs reportedly at risk.