Chinese telecoms giant Huawei is accusing the United States of hacking into its servers and stealing its source code while denying American claims that it is an espionage front for Beijing.

Huawei on Thursday opened a legal front in its counter-offensive against U.S. warnings that it could aid Chinese intelligence services, filing suit to overturn a U.S. law that bars federal agencies from buying its products.

Huawei said the case was filed in a U.S. District Court in Plano, Texas, challenging a 2019 defense bill that prevents government agencies from buying its equipment, services, or working with third parties that are Huawei customers.

The move may send a global signal that Huawei is willing to use all means, including national courts, to prevent attempts to exclude it from a race to the 5G market – the future of high-speed telecommunications.

‘The U.S. Congress has repeatedly failed to produce any evidence to support its restrictions on Huawei products. We are compelled to take this legal action as a proper and last resort,’ Huawei’s rotating chairman Guo Ping said.

‘If this law is set aside, as it should be, Huawei can bring more advanced technologies to the United States and help it build the best 5G networks.’ 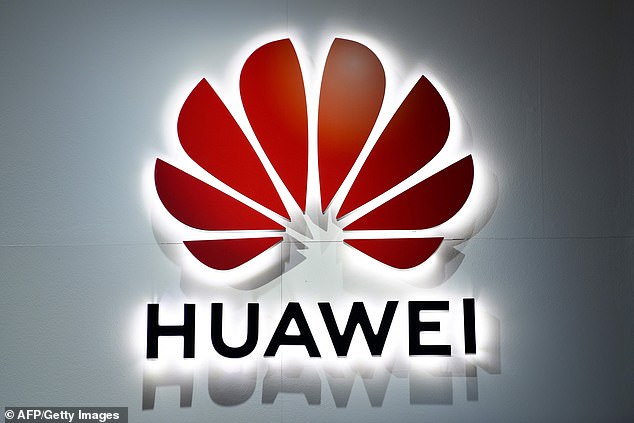 Huawei, the Chinese telecoms giant, has accused the United States of hacking into its servers

‘The U.S. government is sparing no effort to smear the company,’ he said at a news conference at the tech giant’s corporate headquarters in the southern Chinese city of Shenzhen.

Guo even countered that the U.S. government ‘has hacked our servers and stolen our emails and source code’, without providing details.

The concerns have escalated as Huawei has risen to become the world leader in telecom networking equipment that connects much of the world, and one of the top smartphone manufacturers alongside Samsung and Apple.

The lawsuit says the legislation is an ‘unconstitutional exercise of executive and/or judicial power’ and deprived Huawei of a ‘fair hearing’ to rebut the allegations against it.

A law recently enacted by Beijing that obliges Chinese companies to aid the government on national security has added to the concerns about Huawei.

The U.S. has warned that Huawei’s equipment could be manipulated by China’s Communist government to spy on other countries and disrupt critical communications, and is urging nations to shun the company.

This comes just as the world readies for the roll-out of ultra-fast 5G telecommunications, an advancement in which Huawei will play a key role and which will allow widespread adoption of next-generation technologies like artificial intelligence.

Huawei has responded to the pressure with an aggressive PR campaign in recent months, with its reclusive founder Ren Zhengfei emerging to deny the claims in foreign media interviews.

This week the company gave news organisations a tightly guarded tour of its massive production lines and R&D facilities in southern Guangdong province. 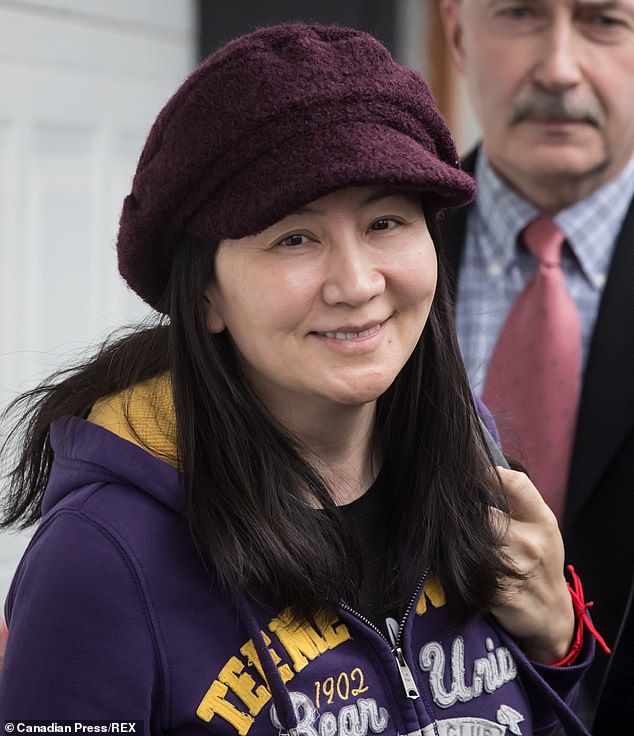 Huawei has been making headlines in recent weeks after the December arrest of its chief financial officer, Meng Wanzhou, who is wanted in the United States for allegedly violating sanctions against Iran

A Canadian court on Wednesday set a May 8 date for the start of Meng’s hearing into a U.S. extradition request over charges that she and Huawei circumvented U.S. sanctions against Iran.

Two Canadians were subsequently detained in China in suspected retaliation over Meng’s arrest.

Huawei officials said the company, which operates in 170 countries, had never been party to any major security breaches and never received any request from the Chinese government to install security ‘backdoors’ in its equipment or to gather intelligence.

Chief legal officer Song Liuping acknowledged, however, that Chinese laws may require Huawei to respond to government requests for assistance but said it would only do so in matters such as terrorism or criminal activity.

‘But if this went beyond express stipulations of the law, we would reject such a request,’ Song said, adding that installing backdoors would be commercial ‘suicide’ if such things were revealed.

Huawei officials denied that the privately held company was ‘owned or influenced’ by China’s government.

Some China-watchers, however, say it is highly unlikely that Ren could have steered his company to such heights in such a strategic sector without the support of Beijing, which has clearly stated its goal of becoming the world’s high-tech leader.

Much of the U.S. concern is rooted in fears that China, through Huawei, may export the high-tech security state that is accelerating under President Xi Jinping.

Guo suggested the U.S. campaign to contain Huawei was prompted in part by the US’s belated realisation that the company had become a rival to American tech leaders.

Huawei’s equipment is seen as considerably more advanced than that of competitors such as Sweden’s Ericsson or Finland’s Nokia.

‘Is it afraid that other countries may catch up to and overtake its use of advanced 5G technologies?’ Guo asked.