CHINA may be using its network of "honey trap" spies to lure British officials with sex in bid to steal state secrets, it has been warned.

MPs and experts have revealed it is almost a "certainty" that Chinese agents are active in the UK. 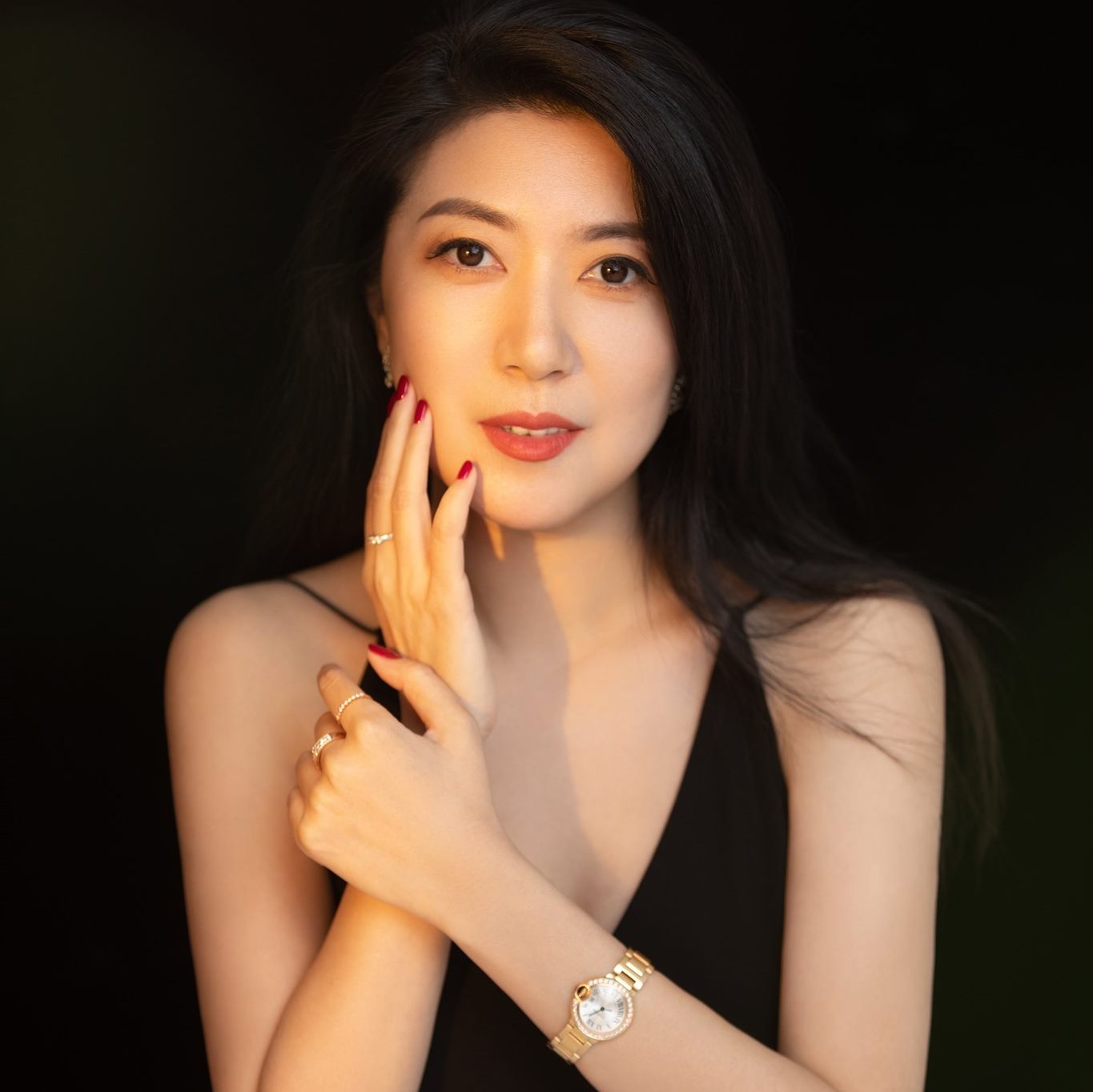 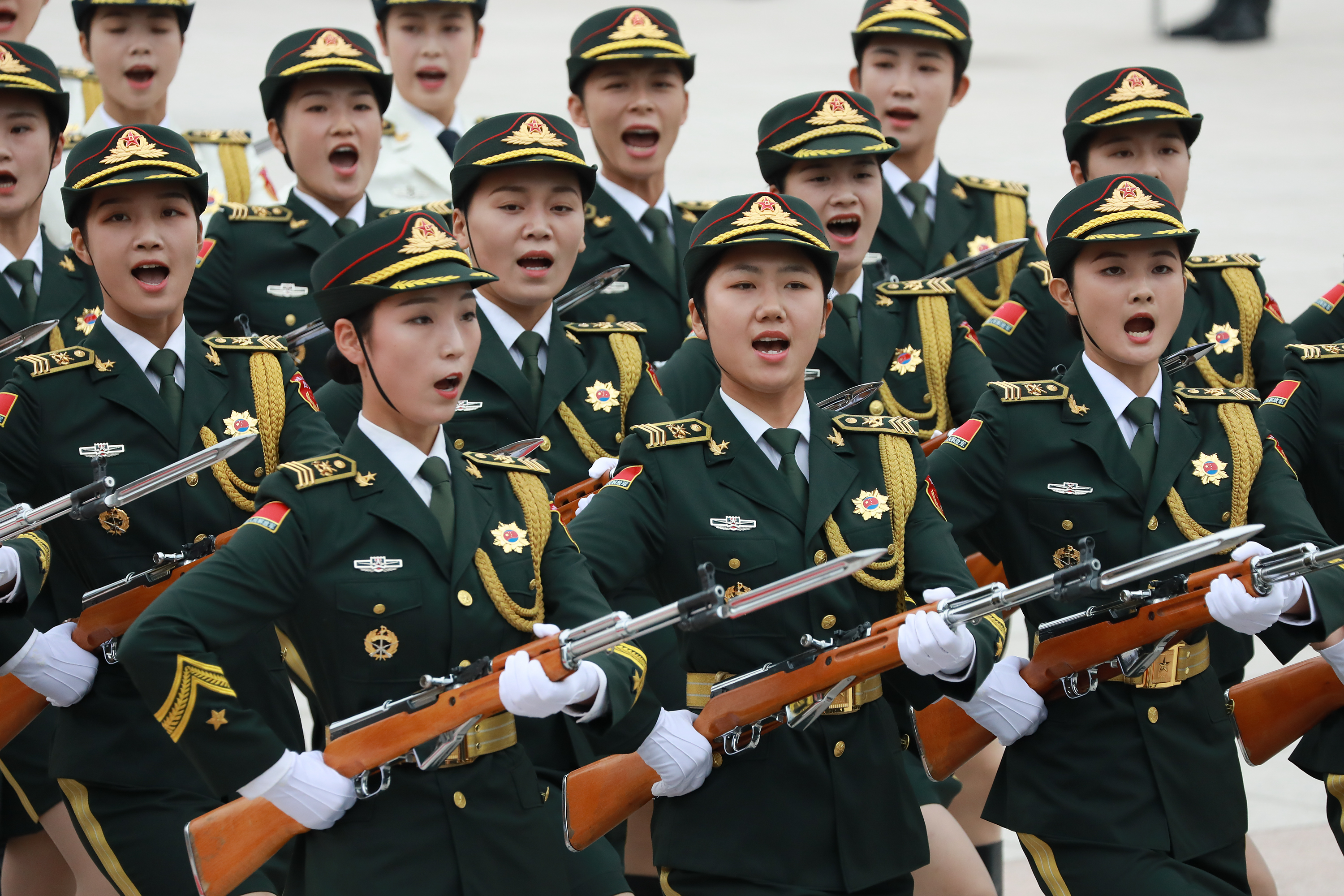 They have sounded the alarm as it emerged US congressman Eric Swalwell had a relationship with suspected Chinese spy Christine Fang.

It also comes after top spooks at MI5 identified the Communist regime as one of the biggest espionage threats to the UK.

Experts on security and China told The Sun Online that Beijing is most likely using agents offering "cash and sex" to try and steal secrets in Britain.

Like something from a spy thriller, the honey trap agents are believed to often be attractive women who have attended top universities and speak perfect English.

It is believed they often use social media – such as LinkedIn and Facebook – to connect with their prey as they lure them in.

They will then bed the target, and use their influence over them to try and extort valuable information for the Communist Party.

Chinese operatives however are said to not just be looking for high profile politicians, but aides, staffers and interns could also be at risk.

Mr Tugendhat MP, chairman of the Foreign Affairs Committee, told The Sun Online: "Tackling foreign influence like this is what MI5 and the police are for, but it is really difficult – and most of it is down to judgement.

"We have got to take this seriously." 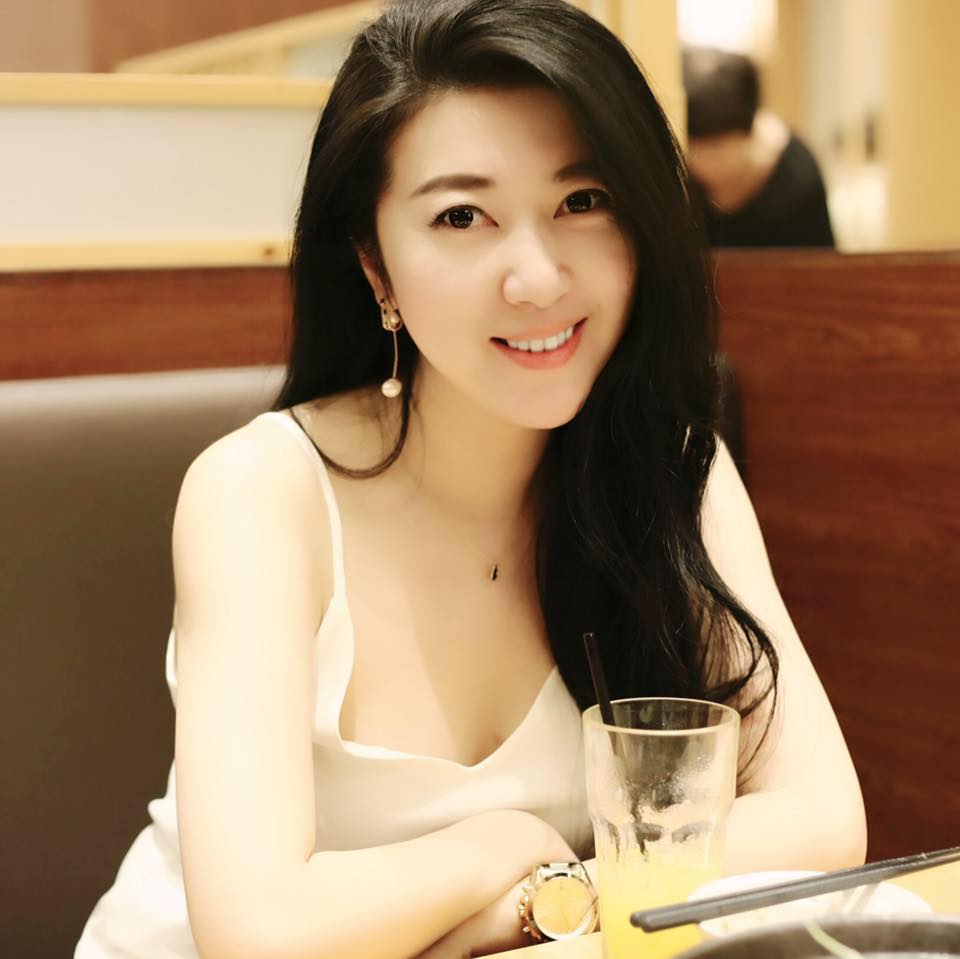 Chinese influence is increasingly coming under scrutiny as it emerged loyal Communist Party members have top jobs at some of the UK's biggest firms.

Relations between China and the West remain frosty amid rows over the coronavirus pandemic, 5G, human rights, and Hong Kong.

Mr Seeley told The Sun Online: "We should be concerned. Because of the UK's global status people here could potentially be targets.

"I wouldn't overstate the case, but we certainly need to be a little less naïve about some of these covert forms of influence we have seen from China and Russia."

He added: "We need a much more consistent approach. We need to be trading with China and seeking areas to work together.

"But we have to mindful these states are authoritarian powers and they have a different view of the world to us." 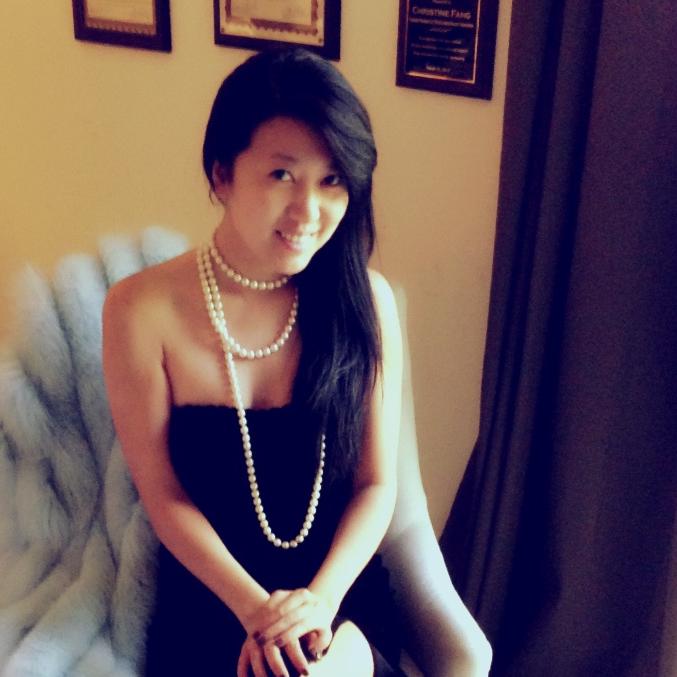 Professor Anthony Glees, from the Centre for Security and Intelligence Studies at the University of Buckingham, told The Sun Online what the UK knows about it just the "tip of the iceberg" for Chinese espionage.

"We must assume the Chinese are doing the same thing here, using cash and sex to get agents into areas of interest to them," he said.

Sam Armstrong, from Henry Jackson Society, told The Sun Online: "It is a certainty that what China is doing in the US it is doing here in the UK.

"We are no-less valuable a target for intelligence to the China than the US is, and if its in their toolbox to use a certain tactic – they will use it there and they will use here."

British human rights activist and Communist Party critic Benedict Rogers added the potential Chinese use of honey traps is "something to be concerned about" in Britain.

What happened to US rep Eric Swalwell? 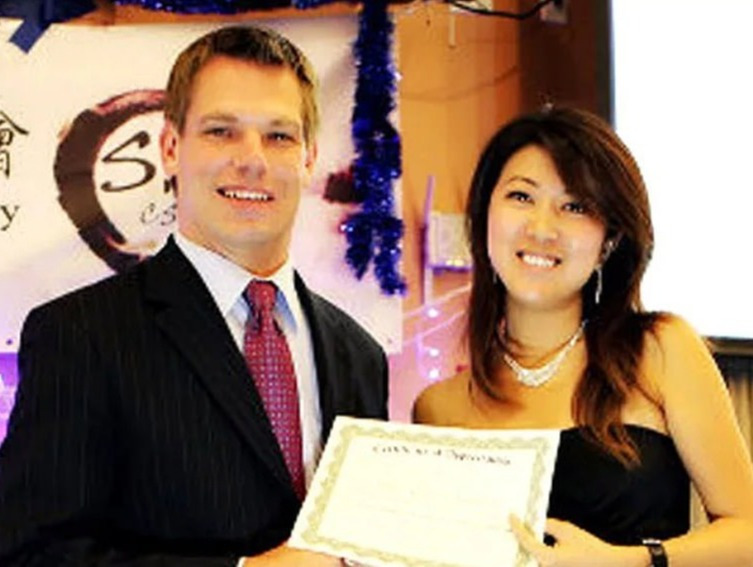 ERIC Swalwell is a US congressman who has been serving in California since 2013.

The Democrat has become the centrepiece of a modern day spy thriller over his relationship with Christine Fang.

Known as Fang Fang, the suspected Chinese spy reportedly had sex with two mayors and targeted politicians to infiltrate US political circles.

The apparent expose about Fang was published by Axios on December 8.

Fang targeted aspiring politicians from 2011 to 2015, with a reported focus on Swalwell.

He is one of the youngest members of the House and someone who Fang reportedly helped fundraise.

The Democrat rising star is reported to have cut ties with her after being warned about Fang by the FBI in 2015.

Shortly after this and as federal agents were circling, she fled the US.

Swalwell, 40, a married dad-of-two, has refused to confirm or deny whether he had sex with the suspected Chinese agent.

Swalwell, who sits on the House Intelligence and Judiciary Committee, claims his relationship with the alleged spy was leaked while he was involved in impeaching Donald Trump.

He is is now facing pressure from Republicans to resign his post, and so far president-elect Joe Biden has remained silent on his colleague's alleged actions.

Theresa May's aides were told be aware of about "Chinese spies offering sex" during a visit to the G20 in Hangzhou back 2016.

And in 2008, MI5 issued a warning that China may use "sexual relationships" to "pressurise individuals to cooperate with them".

Prof Glees told The Sun Online: "Its about money and sex – not somuch ideology. I don't know of anyone who has said they like Chinese communism."

'TIP OF AN ICEBERG'

He added: "These things are all consistent with the idea that there is a Cold War with China – yet we don't seem to be behaving that way. This is the tip of an iceberg."

Speaking to The Sun Online, Mr Armstrong added it would "defy credulity" to think China is not using its spy-craft arsenal in the UK.

He said: "We rarely find out when an intelligence operation takes place, the mark of a successful one is you don't know about it."

Britain is not known to have ever prosecuted a suspected Chinese spy, something Mr Armstrong says expects will change in the post-pandemic world of an increasingly assertive China. 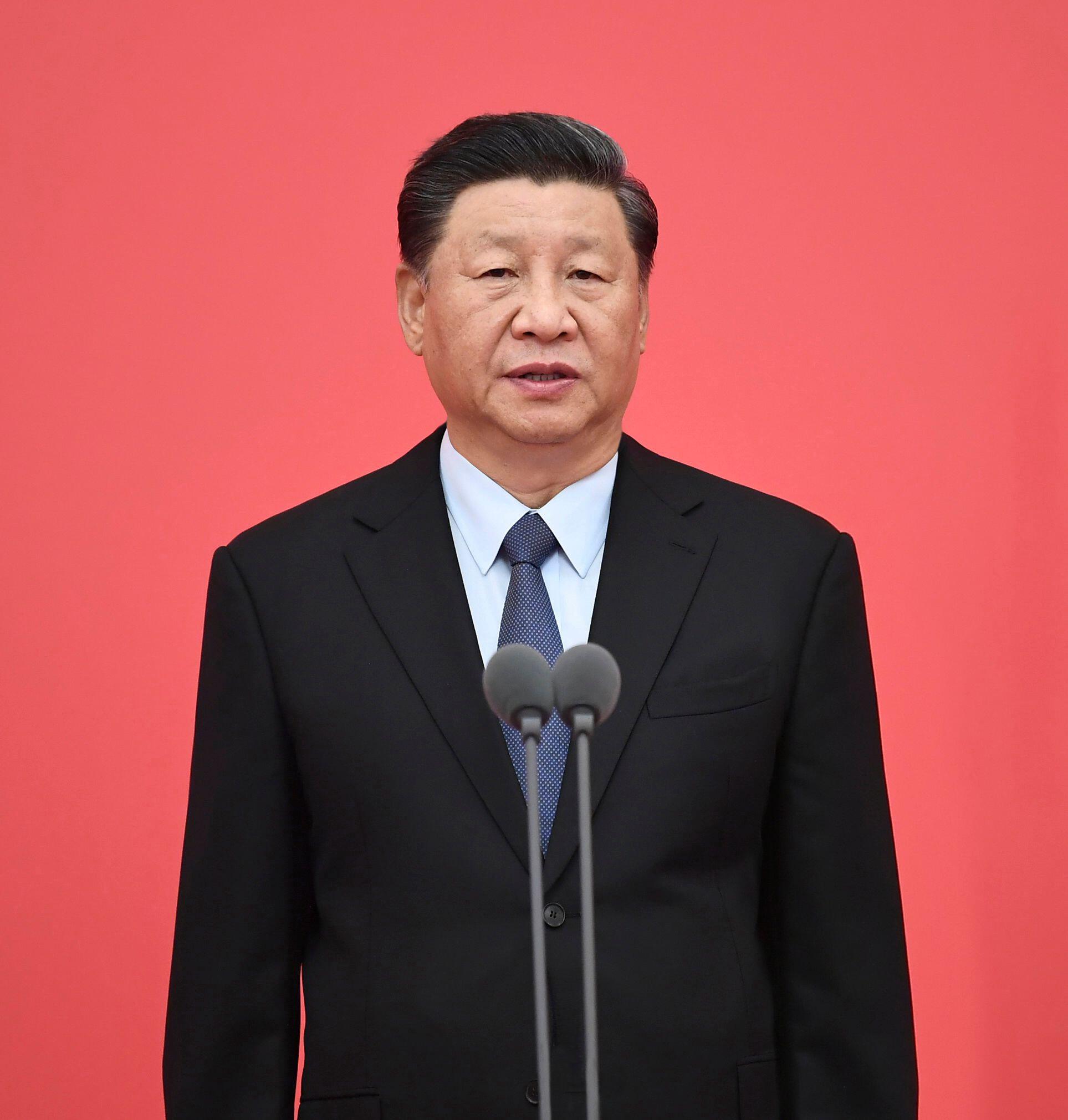 Revelations about Swalwell and Fang have sent a shockwave through the political world in the US – with former CIA officials warning there could be "thousands" of Chinese agents in America.

MI5 has said it is "looking to do more" to counter the threat from China, and its chief Ken McCallum described the nation as Britain's biggest long term spy challenge.

UK spies are understood to have already detected attempts by their Chinese rivals to influence politicians.

Mr Rogers, who founded the Conservative Party's human rights commission and Hong Kong Watch,told The Sun Online he "wouldn't be surprised" if China is using honey traps in the UK.

He warned there has been "naivety and kowtowing" to China's intentions and he urged the West to stand together to combat a "particularly angry and aggressive" China post-pandemic.

He told The Sun Online: "In general terms we need to take a strong stand, and specifically we need to be alert about potential espionage like honey traps." 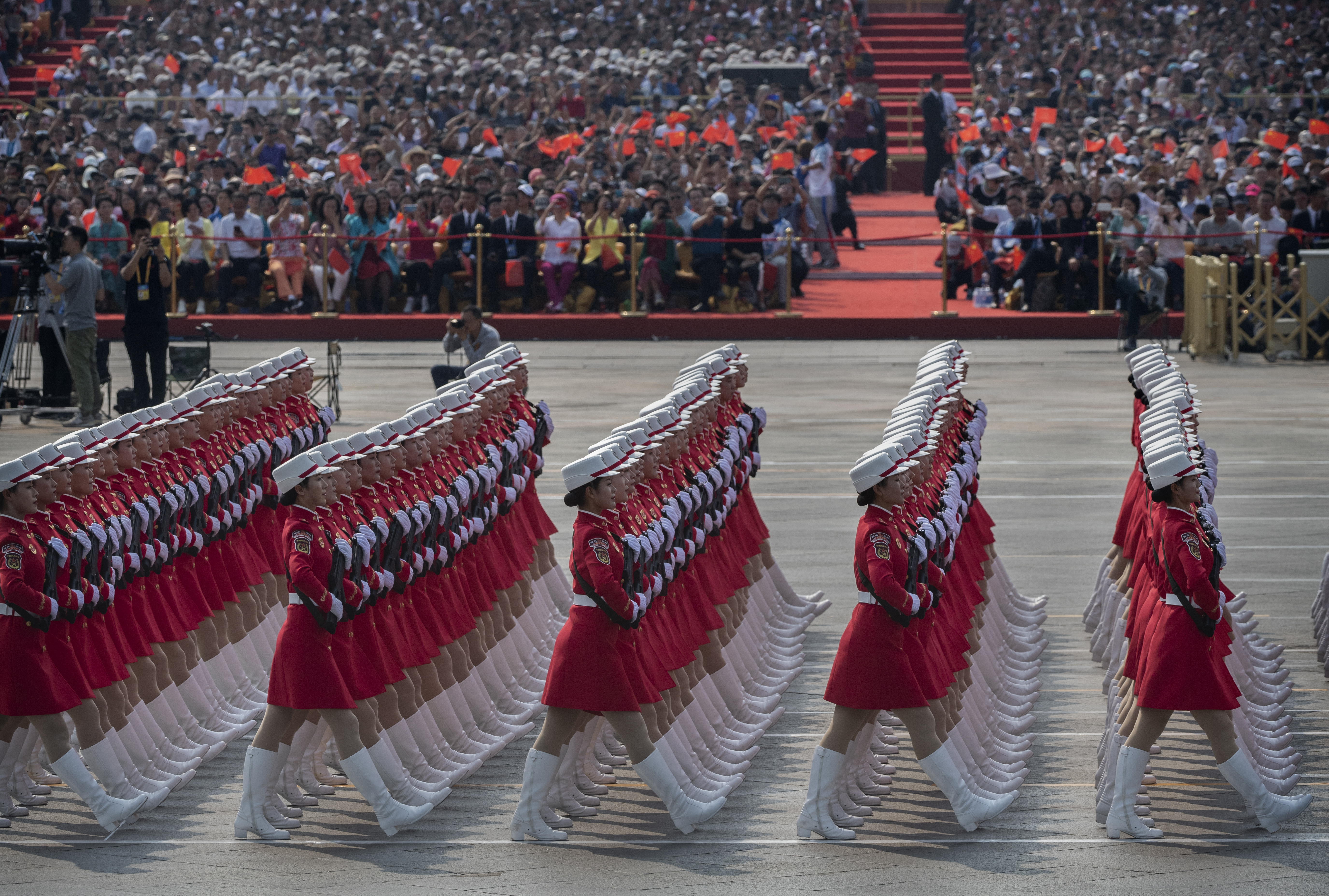 Leaked documents revealed this weekend that Chinese Communist Party members are working in British consulates, universities and for some of the UK's leading companies, reported The Mail on Sunday.

The database revealed almost 2million party members and exposed how Beijing's influence has expanded into the UK.

Members who swear a solemn oath to be "loyal to the Party", are working at firms like Astra Zeneca, Rolls Royce, HSBC – but there is no suggestion any of them have actively spied.

Whitehall sources acknowledged the potential security threat – particularly at a consulate in Shanghai which is just one floor away from an office used by MI6.

An alliance of some 30 MPs have also pledged to raise an urgent questionin the Commons – with Iain Duncan Smith calling on these Communists to be expelled from UK government offices.

The Sun Online has contacted the Home Office for comment on the intelligence threat from China.