Xi Jinping has insisted that the island would ultimately be reunified with the mainland, and the issue should not be left for future generations to deal with.

The Chinese leader made the remarks in a speech commemorating the 40th anniversary of a message sent to Taiwan in 1979, in which Beijing called for unification and an end to military confrontation.

President Xi described on Wednesday a “one country, two systems” approach that would “safeguard the interests and well-being of Taiwanese compatriots”. 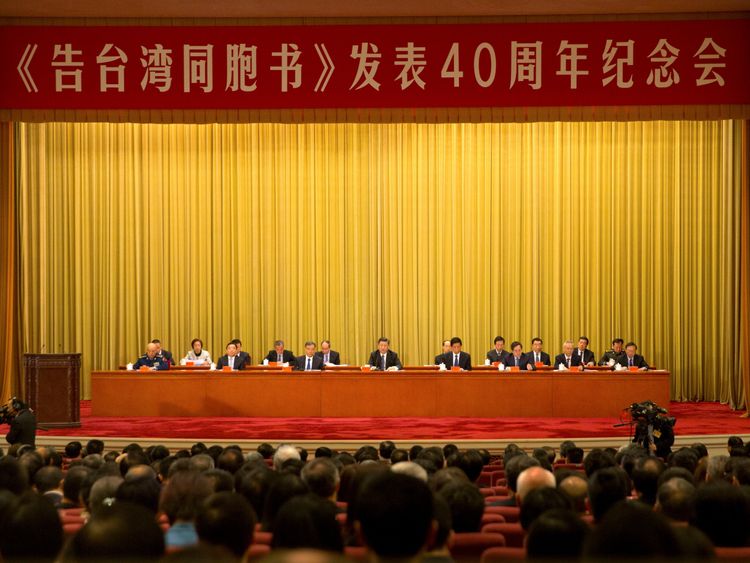 He added that Beijing can “make no promise to give up the use of military force and reserve the option of taking all necessary means” against Taiwanese separatist activities and “outside forces” that interfere with reunification.

President Xi said that no one or no party can stop the trend toward unification.

He said: “China must and will be united… which is an inevitable requirement for the great rejuvenation of the Chinese people in the new era.”

President Xi also proposed talks between the two sides to work out “a systematic arrangement for the peaceful development of the cross-strait relationship”. 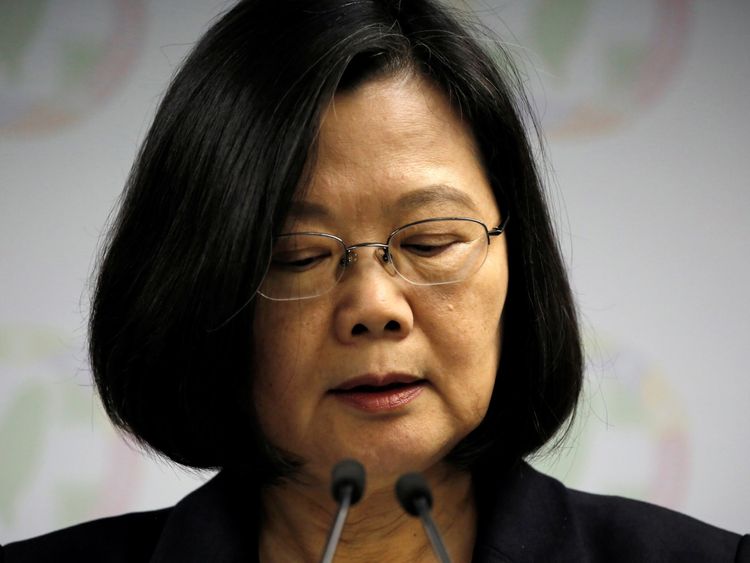 China still sees Taiwan as part of its territory to be reunified, despite the two sides being ruled separately since the end of a civil war that brought the communists to power on the mainland in 1949.

The rival nationalists set up their own government on Taiwan, which sits about 160km (100 miles) off the Chinese mainland.

Taiwan considers itself a sovereign state, with its own currency, political and judicial systems, but has never declared formal independence from the mainland.

While President Xi said that people on both sides want peaceful reunification, it is unclear how his message will be received on the other side of the Taiwan Strait.

Relations have been strained for the past two years since the election of Taiwan’s President Tsai Ing-wen, who has refused to acknowledge Beijing’s stance that the island is part of “one China”.

Mrs Tsai warned China on Tuesday that Taiwan’s people would never give up the kind of freedoms unseen on the authoritarian mainland.

She added that Beijing “must respect the insistence of 23 million people for freedom and democracy” and “must use peaceful and equal terms to handle our differences”.