CHILLING CCTV footage has shown the moment a student was stabbed to death by killers high on laughing gas.

Birmingham University student Jack Donoghue, 21, was stabbed to death outside a nightclub by a gang of thugs who were “out looking for trouble”. 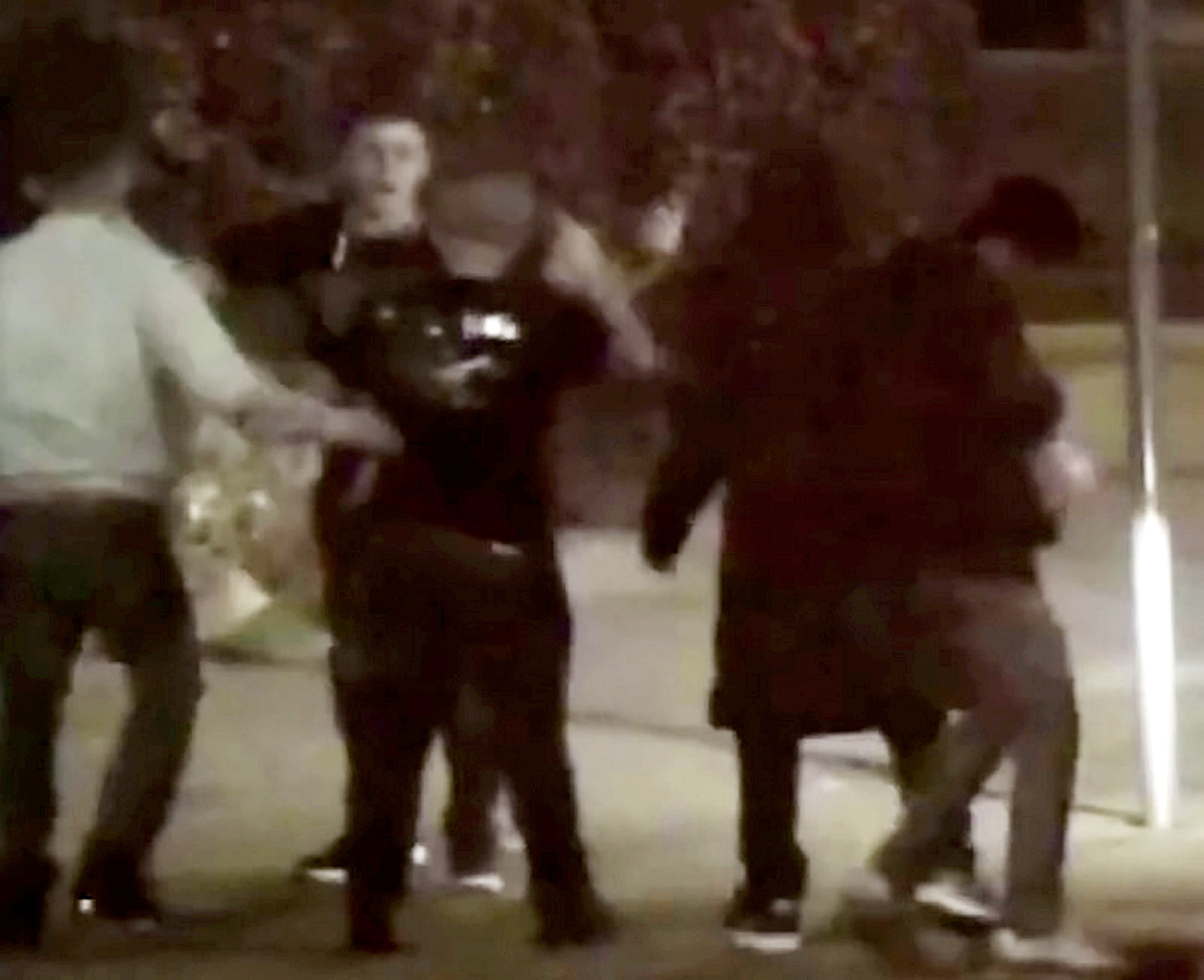 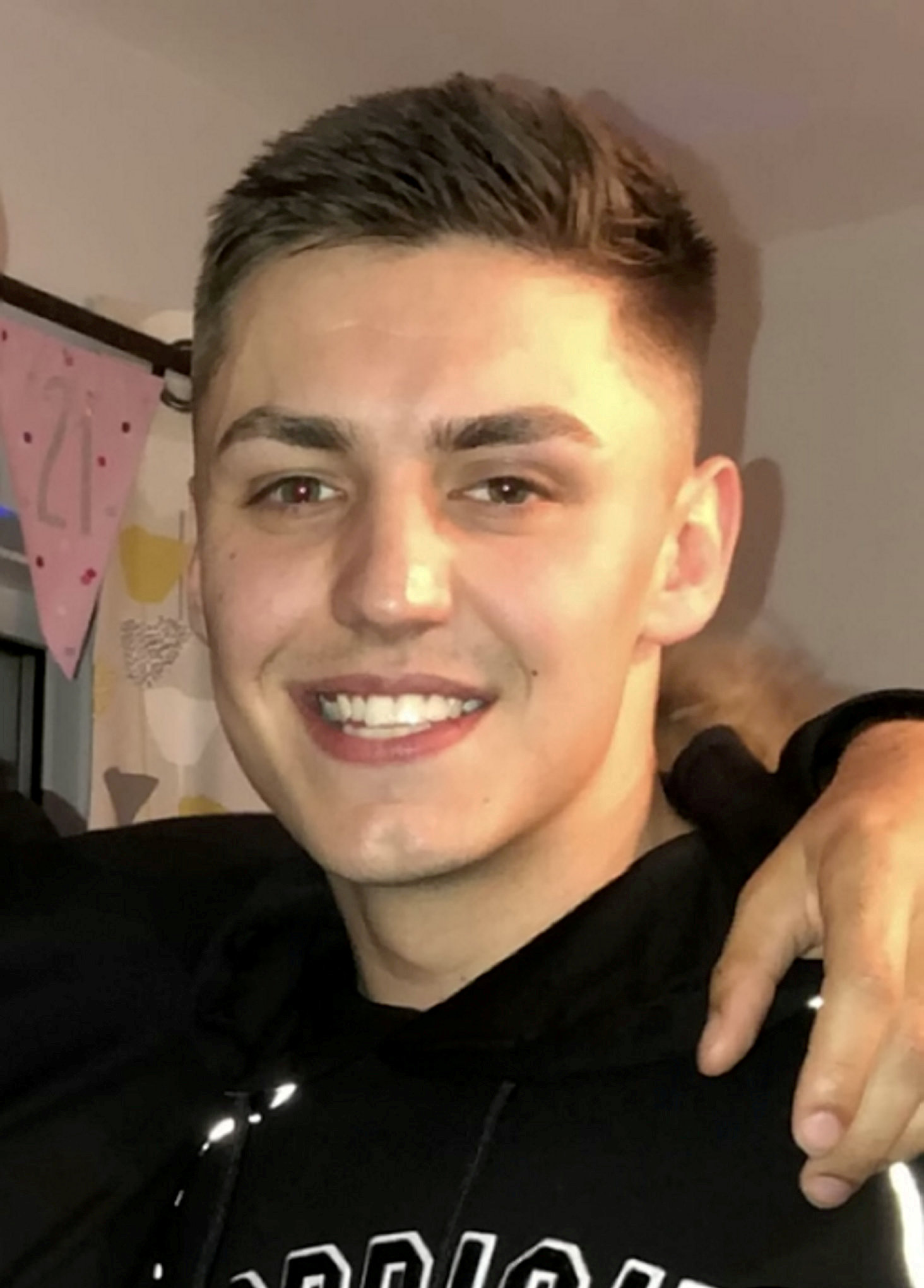 Shocking footage captured the moment the yobs surrounded Jack before attacking him as he left Popworld in Solihull, West Midlands, on November 30 last year.

Jack’s family asked West Midlands Police to release the footage to warn young people of the consequences of carrying a knife after their son’s killers were jailed for 51 years.

In a statement, Jack’s family said: "Although it is painful to watch what happened to Jack in the CCTV we feel it is important for everyone to see the impact knife crime can have."

The disturbing footage shows the yobs kick and punch Jack, who bravely tries to defend himself despite being outnumbered.

The video then shows the harrowing moment knifeman Tyrall Blake, 21, stabs Jack in the chest.

As Jack staggers away, he lifts his shirt to inspect the wound as his attackers flee the scene, and callously continue their night out.

While the student managed to reach a bench where security staff tried to administer first aid, he tragically passed away in hospital three hours later from catastrophic blood loss.

Birmingham Crown Court heard how the four men were thrown out of Yates’ bar and refused entry to Popworld earlier that evening. 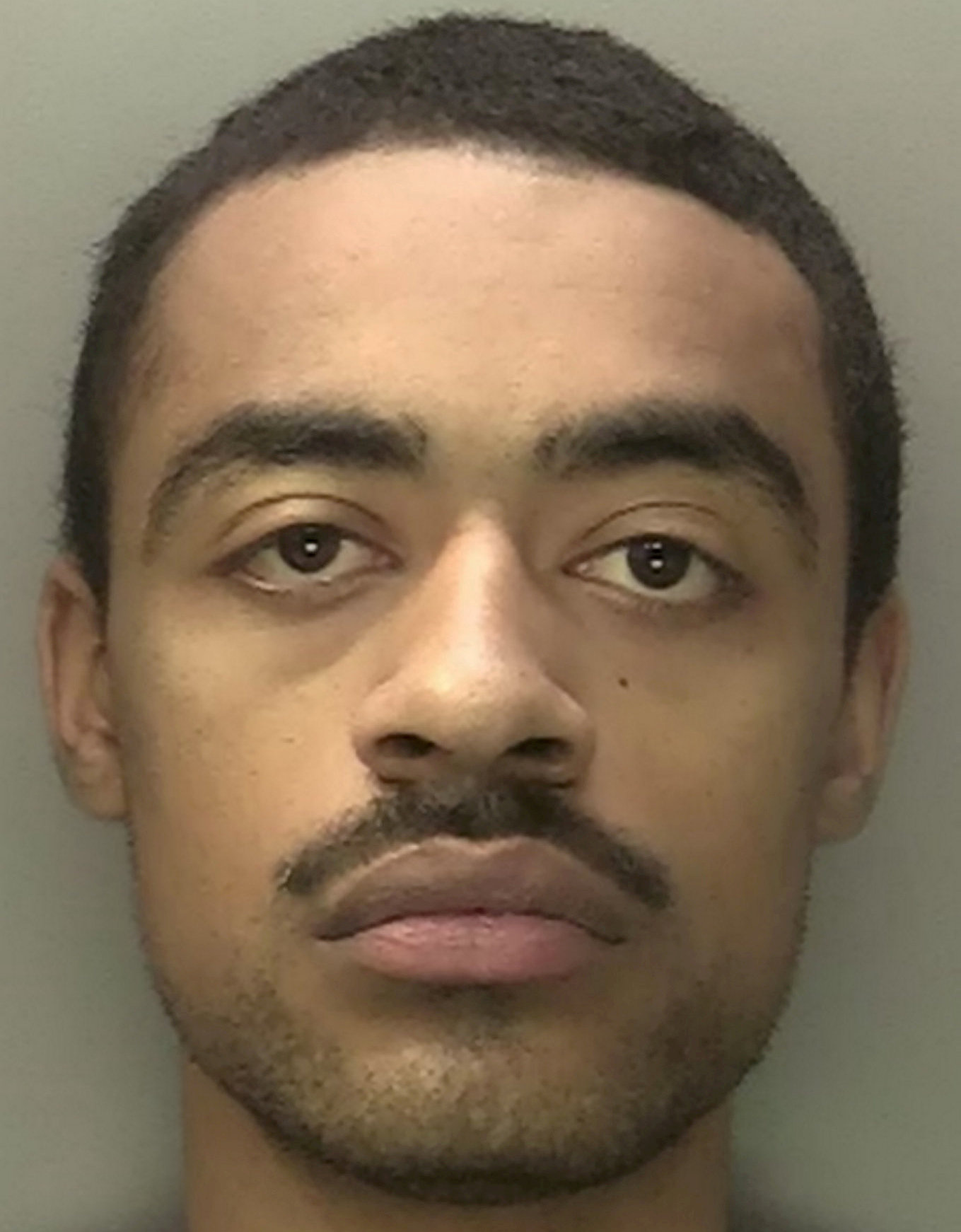 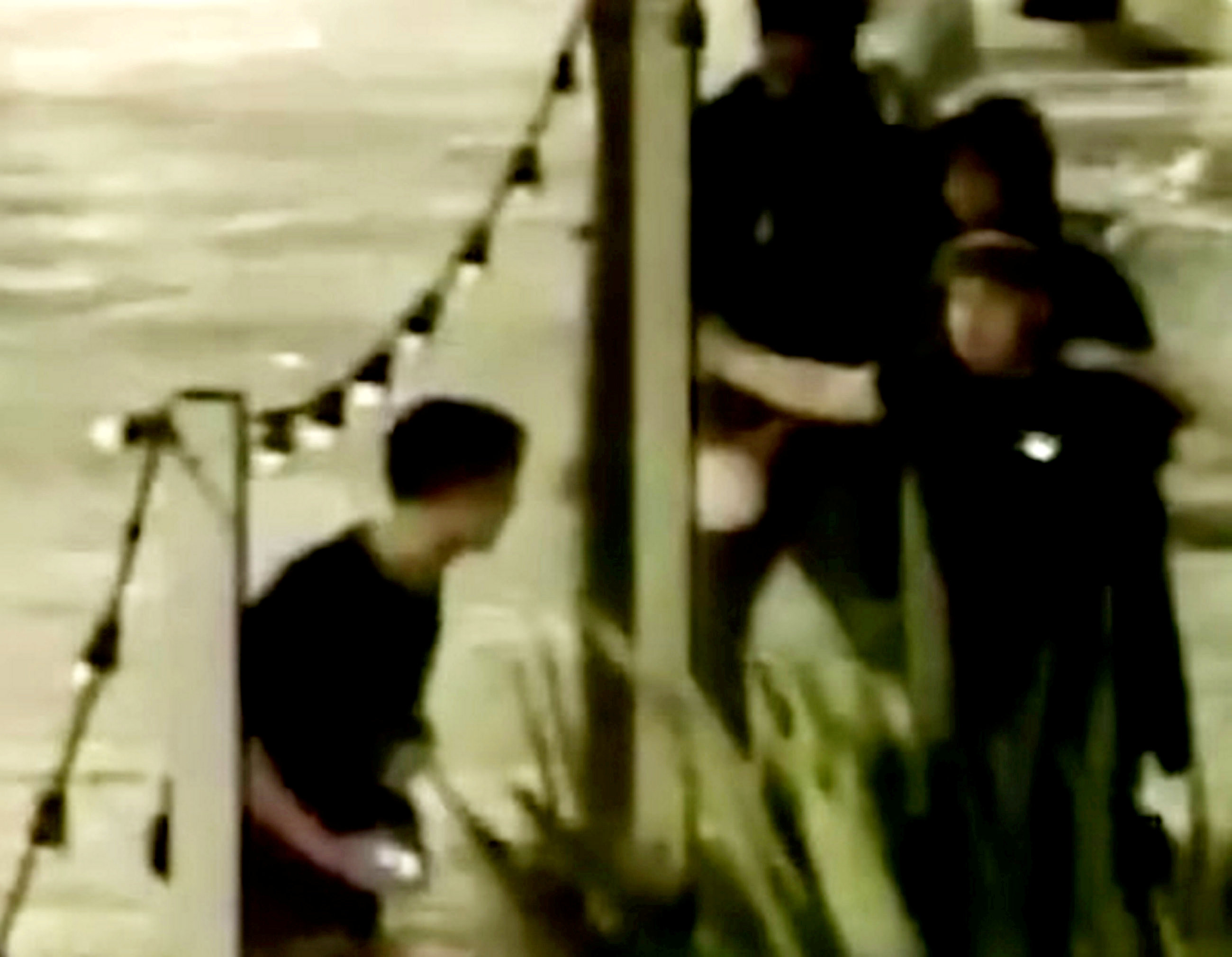 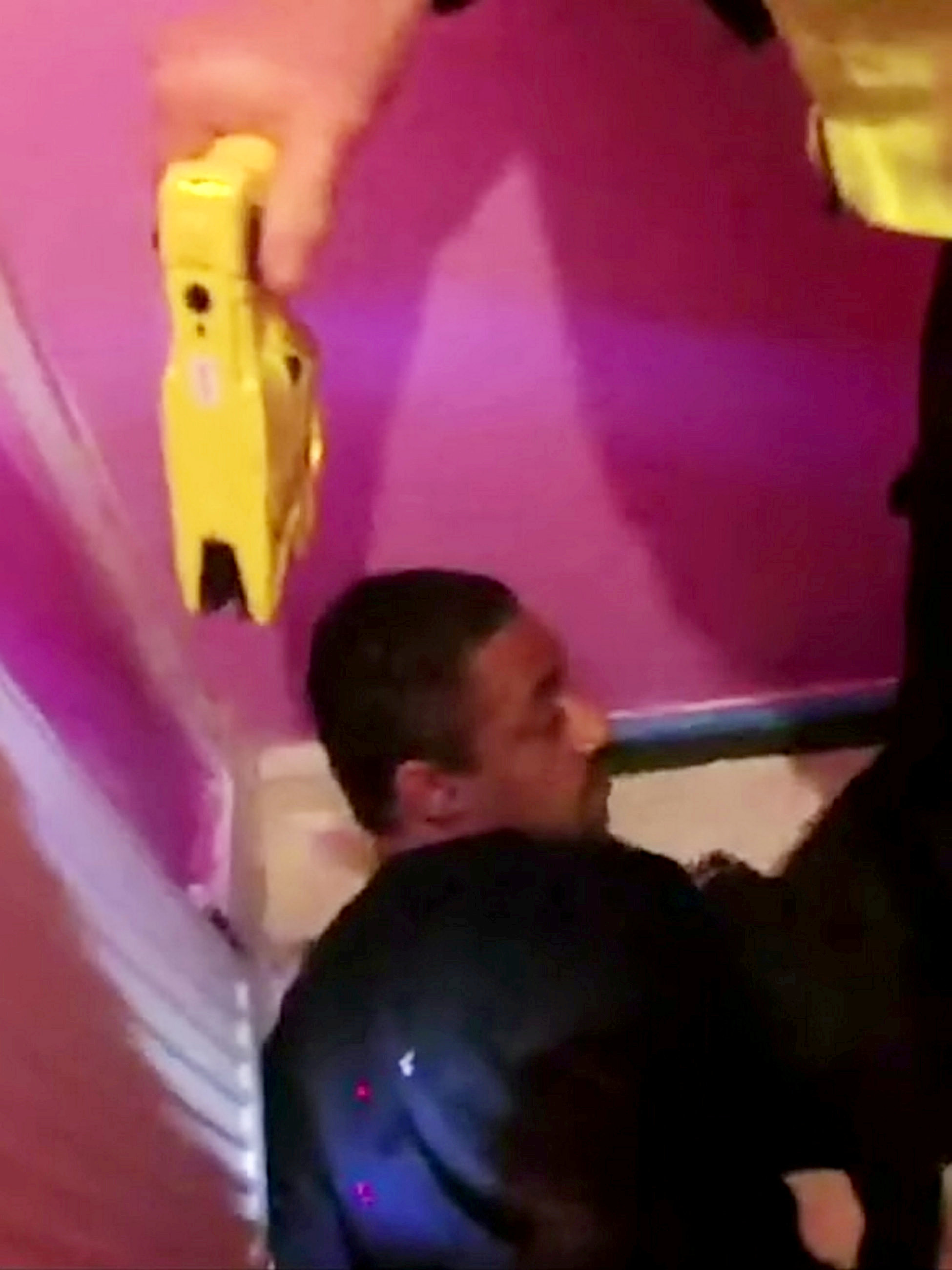 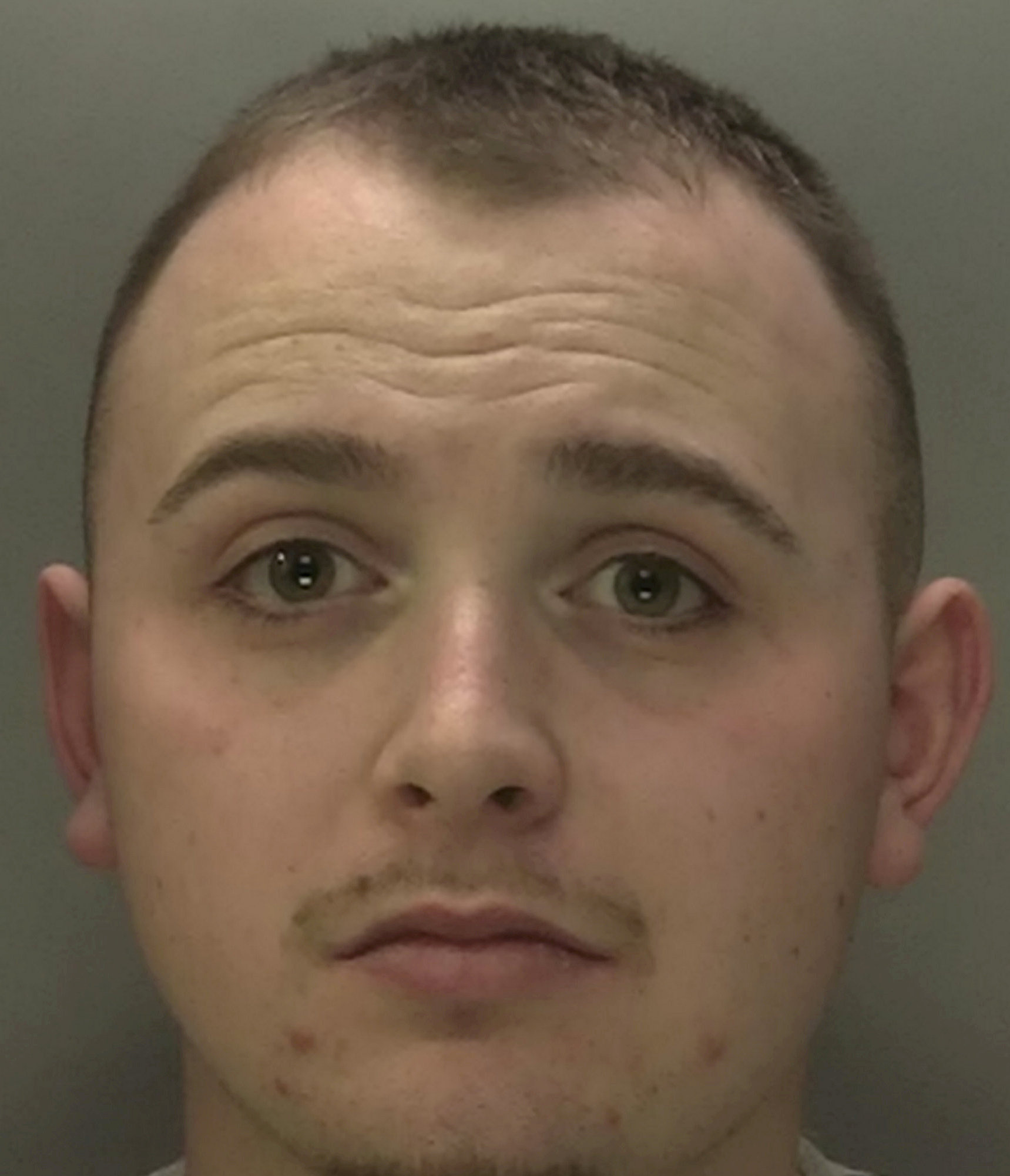 Instead, the ruthless gang began to randomly attack and rob people outside.

Tragically, Jack became their target after he left the nightclub alone at 3am.

Witnesses described the “bravery and valour” the young student showed as he tried to defend himself and attempt to diffuse the situation.

Tyrall Blake, of no fixed address, will be locked up for a minimum of 23 years for the "wholly unjustified" attack, after he was found guilty of murder and assault with intent to rob.

Regan Watters, 21, of Stechford, Birmingham, pleaded guilty to manslaughter, assault with intent to rob and violent disorder and was jailed for 11 years.

Nile Bennett, 23, of Erdington, Birmingham, was caged for nine-and-a-half years and Connor Moore, 20, of Lichfield, Staffs., for seven-and-a-half years, after both were found guilty of manslaughter and violent disorder.

Detective Inspector Jim Mahon, of West Midlands Police, said: "This was an appalling, senseless attack on an innocent young man just trying to enjoy a night out in Solihull with friends.

"These four thugs were determined to cause trouble and inflict violence that night, and for some reason decided to pick on Jack.

"His bravery and sense of justice meant he was able to defend himself to a point, but sadly this again shows the deadly consequences that carrying a knife can often have.

"Jack's family have endured the trial and had to watch the CCTV of Jack's last moments many times.

"They have acted with dignity and respect during all proceedings which is a credit to them as a family.

"It's really important that young people, parents and teachers understand the terrible consequences of knife crime.

"Carrying a knife will not protect you from harm, it is increasingly evident that it will escalate minor violence into serious harm and death.

"Lives are lost, and others face years behind bars."

His dad David Donoghue said: "In life there are so many good people, and so many kind people, then occasionally there is that one in a million star.

"This was our son Jack, who was brutally murdered.

"He had pure innocence, he was fun, loved his family and loved his friends. In fact he loved the world."

In a statement, Jack's family said: "The family are devastated that Jack, our fun loving, doting son has been stolen from us.

"His laughter and smile filled every room. He had a massive heart and he loved and cared for his family and friends. He would do anything for anyone.

"We are thankful to have had so many beautiful memories of our amazing boy.

"We will miss him deeply and treasure our memories, but our family will never be the same." 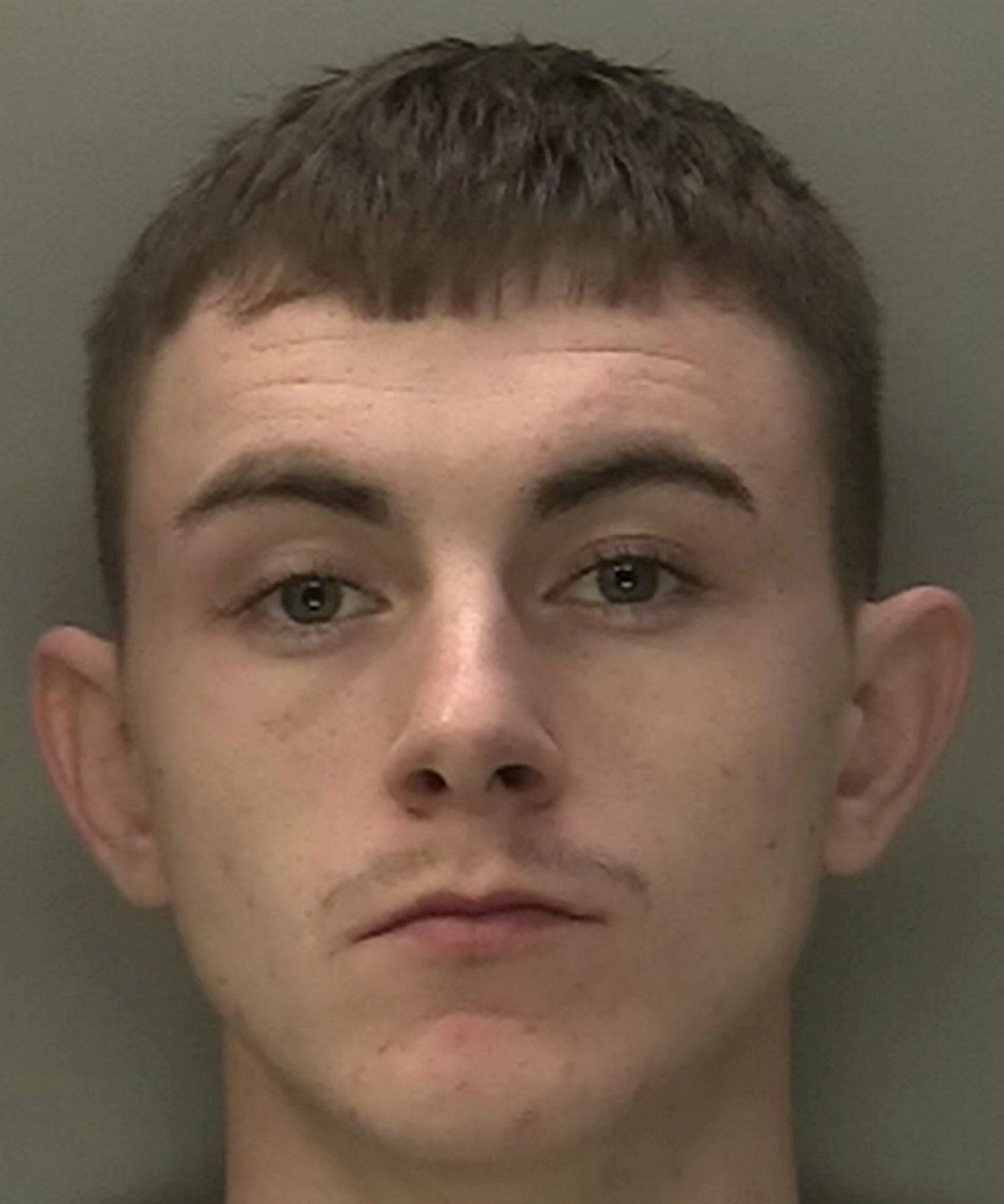 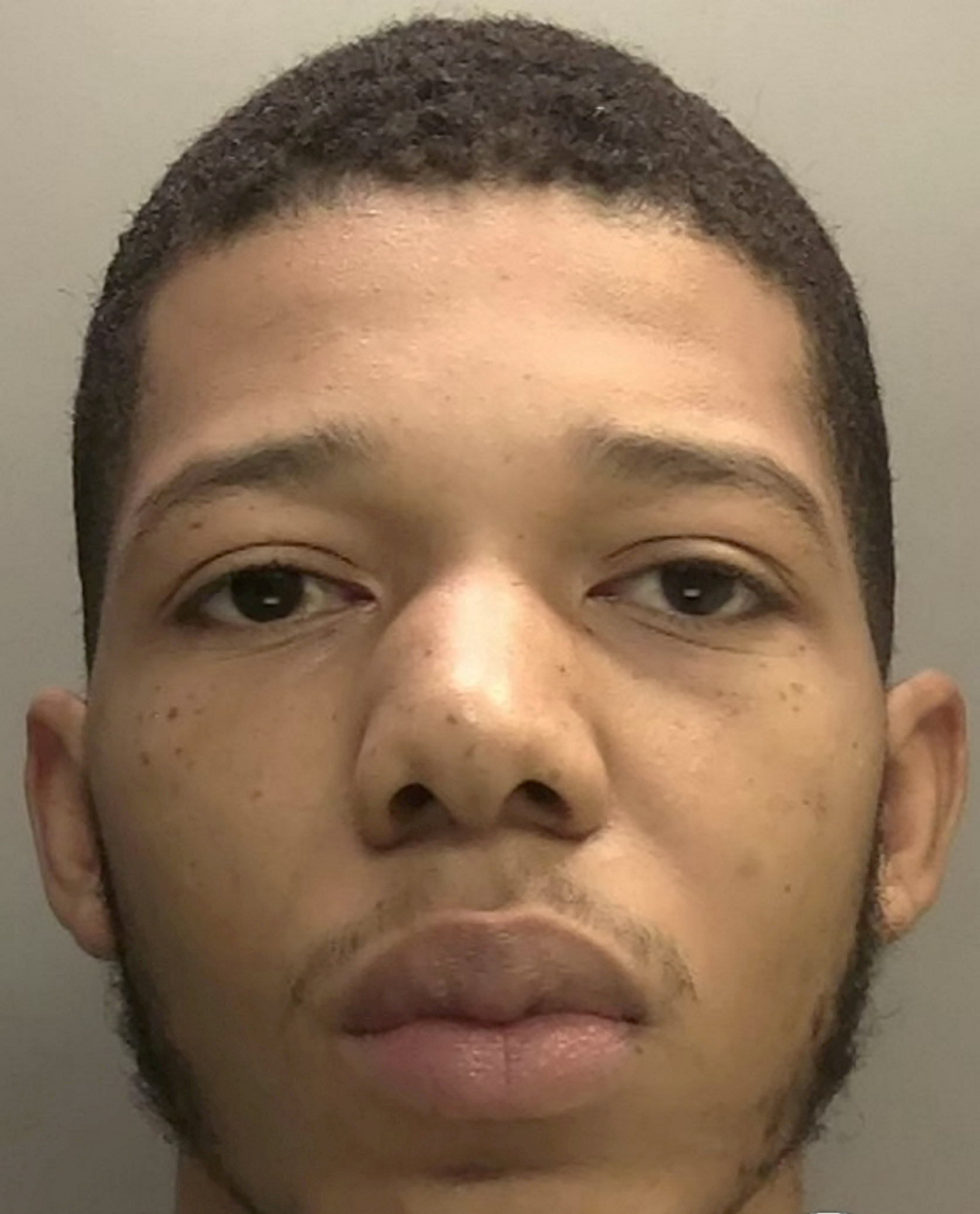