Children as young as four were reportedly left in tears after being told Santa was ‘made up’ during a Christian assembly.

Pupils were then asked to smash up chocolate versions of St Nicholas and his reindeer to hammer home the point.

Parents said their children had come home feeling devastated following the sermon by a children’s worker from a Christian charity.

The head teacher of Fleet Wood Lane School in Spalding, Lincolnshire, insisted that the children were not told ‘Santa does not exist’, but has since apologised and said the school would no longer be working with the group. 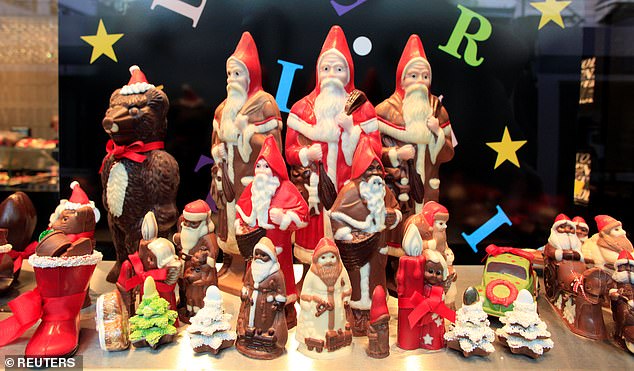 The Mary Bass Charity, which seeks to ‘further the religious and other charitable work of the Church Of England’ in the Lincolnshire district of South Holland, said it was investigating.

It is understood the woman delivering the assembly on Thursday was trying to explain to children that Jesus was the reason behind Christmas, not Santa, who had been ‘made up’.

They were asked to demonstrate they understood that there was more to Christmas than sweets and presents by smashing up the chocolate.

Parents said many took this to mean Santa did not exist. One mother, whose youngest child at the school is four years old, said: ‘My children said two children were asked to come to the front of the hall and smash chocolate Santas and reindeer with hammers to symbolise they were not what Christmas was all about.

‘They were encouraged to do this by the offer that they could take the chocolate home afterwards, and were also told that if they didn’t believe in God and Jesus they would go to hell.

‘Many of the children took that to mean that Santa was not real. My children were quite upset and we had to reassure them that he was and they would still be getting presents this year.’ 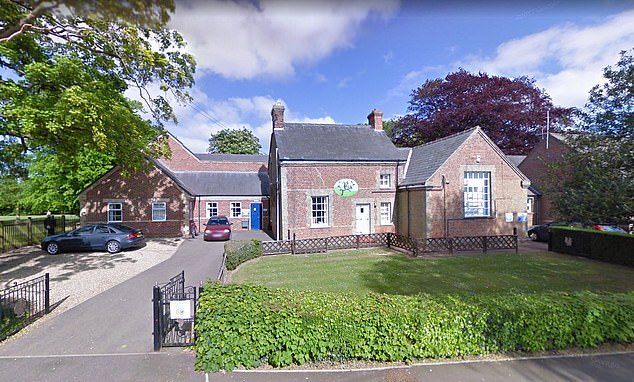 Some parents said they would be refusing to let their children go to any other assemblies delivered by the woman.

Another parent, Rachael Partridge, writing on a school Facebook group, said: ‘My daughter came home with a smashed-up chocolate Santa in a bag and explained why. I was really annoyed at this because Christmas time is a magical time for my kids.’

The row comes after children as young as nine at St Cuthbert’s Church of England Primary in Darwen, Lancashire, were asked to research whether Santa Claus exists as part of their homework.

Michael Griffin, clerk at the Mary Bass Charity, said: ‘We plan to meet to discuss this and take appropriate action when things are clearer.’

Fleet Wood Lane head teacher Rachael Cotton said: ‘I have written to parents stating that some of the presentation by the Mary Bass Charity in a school assembly was inappropriate and assured them that we will not be using representatives from this charity again.

‘We have apologised to parents and children and totally sympathise with their concerns.’