Children aged nine, seven and four were ‘blatantly abducted’ and taken to Libya by their father, court hears as judge allows their identities to be revealed to help mother bring them back to Britain

A High Court judge has expressed concern about three children ‘clandestinely’ taken to Libya by their Libyan father – as their identities were revealed to help their mother’s appeal to bring them home.

Mr Justice Peel said Khalid Aljehani, nine, and his sisters, Aasiyah, seven, and Maimunha, four, have been wrongly removed from the care of their mother Dawn Daley, 44, of Wythenshawe, Manchester, by Fares Aljehani.

He said the youngsters have been, ‘on the face of it’, victims of a ‘blatant abduction’.

The children, who left Britain in July, are at the centre of private litigation in the Family Division of the High Court in London.

But judges involved have decided that restrictions – barring the children from being identified in media reports of that litigation – should be lifted.

They have given Ms Daley the go-ahead to launch a public appeal for help. 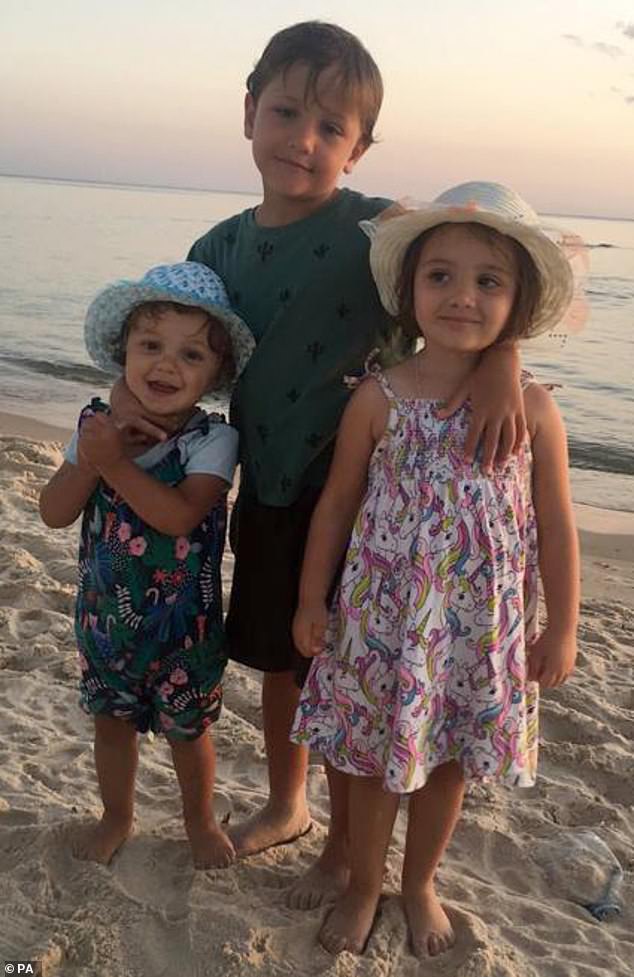 (Left to right) 4-year-old Maimunha Aljehani , 9-year-old Khalid Aljehani and 7-year-old Aasiya Aljehani have been wrongly removed by their father Fares Aljehani from the care of their mother Dawn Daley, of Wythenshawe in Manchester 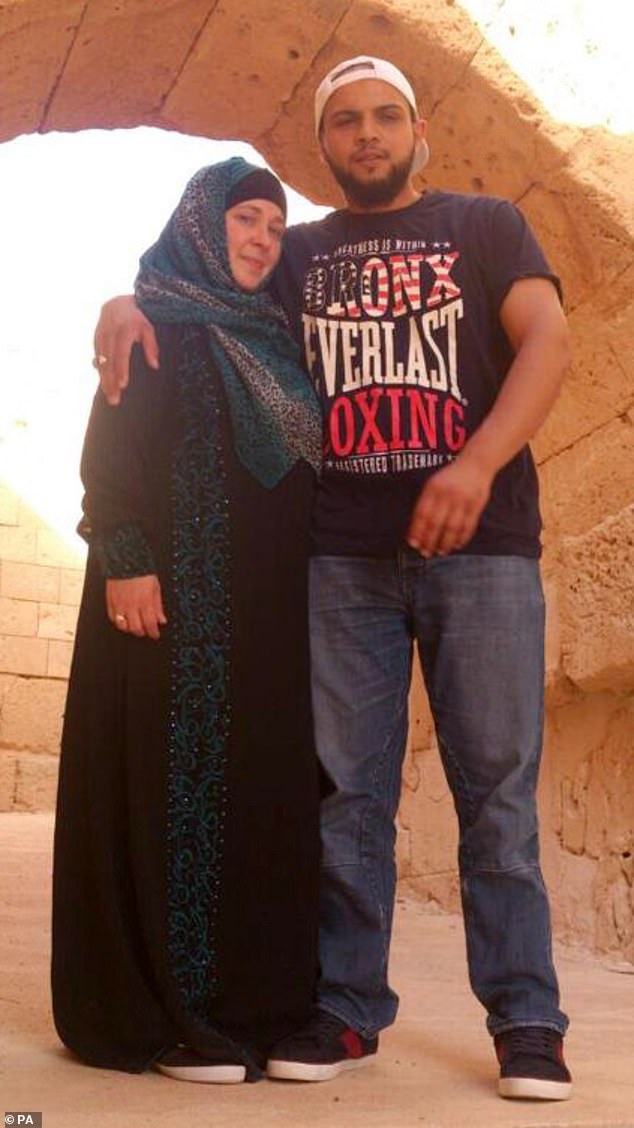 Lawyers representing her have now launched an appeal in the hope that publicity will help get the children back to Britain.

They said Ms Daley and Mr Aljehani were married but estranged and involved in divorce proceedings.

‘From everything I have read and heard it is apparent that (the children) have been wrongly removed from this country by their father in what was, on the face of it, a blatant abduction,’ he said.

**Do YOU know where the children are?**

‘Those children are now with their father and his family in Libya.

‘The removal was under the ruse of a holiday which the father said he wished to take in England.

‘Instead, he took them clandestinely to Libya.

‘In so doing it seems to me that he acted unscrupulously and contrary to the needs of these children who have always lived in this country and have been in the primary care of their mother and attending school here.’

The judge said Mr Aljehani had been served with notification of legal proceedings, begun by Ms Daley, and his response had been to send a ‘laughing emoji’.

‘On the face of it, this father has perpetrated an act of great cruelty on these children and their mother,’ added Mr Justice Peel.

‘I would urge anybody who can do anything to assist the return of the children to this country to do so.

‘That includes the father himself, his family and any judicial or other authorities in Libya who are minded to take appropriate steps.’

A solicitor representing Ms Daley called on Mr Aljehani to do the ‘right thing’.

‘We remain gravely concerned for all three children,’ James Netto, who is based at the International Family Law Group, said.

‘Ms Daley has had virtually no contact since their abduction from this country in the summer of 2022.’ 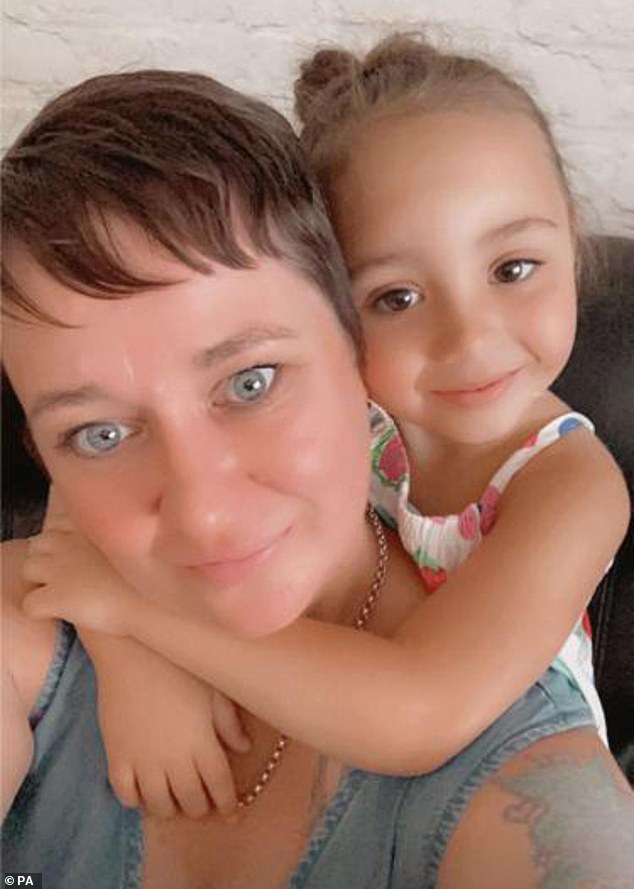 Dawn Daley and her 7-year-old Aasiya Aljehani. Ms Daley has not seen her children in three months and is seeking the help of the public to locate them

He added: ‘Christmas is approaching and with each day that passes, the more painful it is for the children and for their mother.’

Mr Netto said Mr Aljehani had sent ‘laughing emojis when told of a High Court hearing about his own children’.

He went on: ‘On behalf of Ms Daley, I urge you to do the right thing and bring these children home.’

Ms Daley said, in a statement released through lawyers, that she had to ‘carry on’.

‘It’s been over three months now since I last heard from my babies,’ she said. 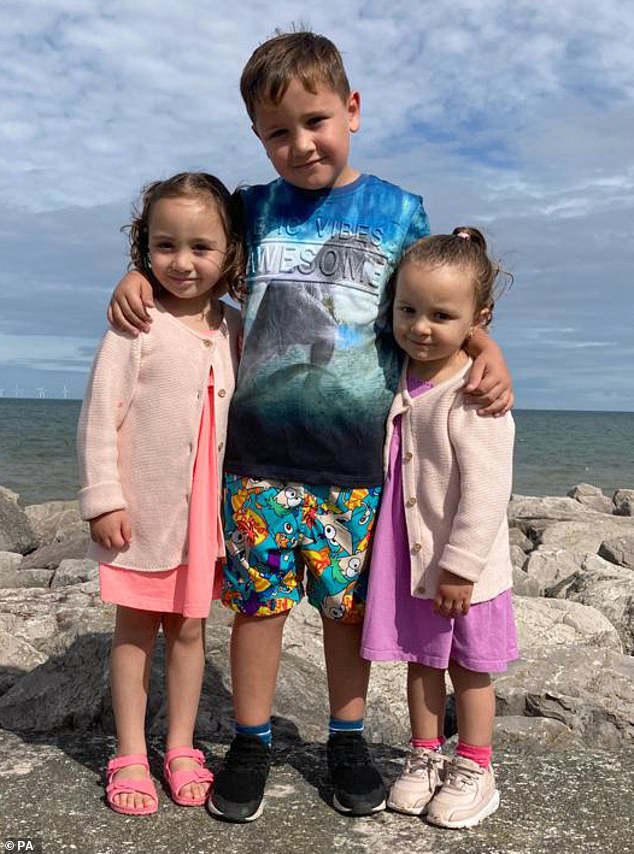 Mr Justice Peel raised concern of the welfare of the children (pictured). He said he thought they had been ‘blatantly abducted’ by their father

‘Three long hard months for me and all of my family.

‘Some days are harder than others but I remind myself that I have no option but to carry on for the sake of myself and all of my children.

‘Fares, I urge you to do the right thing and bring the children home where they belong.’

She added: ‘I can only imagine what’s going through their little minds. I could understand your doing what you have done if I ever restricted you having a relationship with them, but this is something I would never do as I believe children need both parents in their lives.’