Child labour laws must be urgently strengthened to stop young social media influencers from being exploited by their parents, MPs say

MPs have urged the government to regulate the influencer market amid concerns that child influencers could be overworked to maximise profits.

Ministers have also been told to boost advertising laws to force influencers to make it clear when advertising products – in order for children to develop ‘media literacy’ and prevent harmful ideas around body image from taking hold.

The report by the Digital, Culture, Media and Sport (DCMS) Committee says child labour regulations should be brought up to date to reflect the growth of child influencers.

‘Child viewers, who are still developing digital literacy, are in particular danger in an environment where not everything is always as it seems,’ said Tory MP Julian Knight, the chairman of the committee.

‘There is a woeful lack of protection for young influencers who often spend long hours producing financially lucrative content at the direction of others.’ 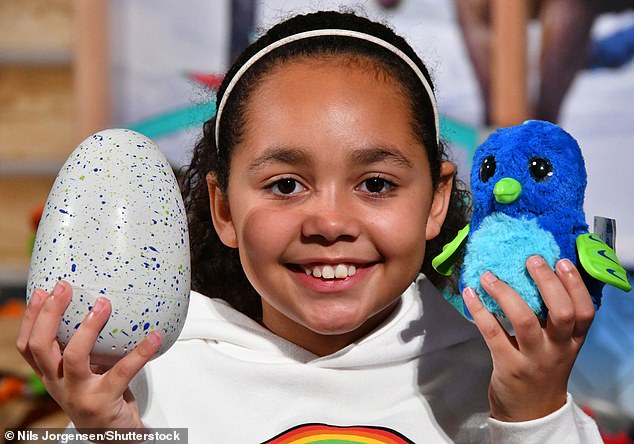 Tiana Wilson, 14, from Nottingham, has been a successful online influencer for over five years and now has 11.4million subscribers on Youtube

Football fan Lorenzo Greer, 13, is one of the UK’s most successful child influencers with 1.7million Youtube subscribers

He added that ‘inaction’ had left regulations behind the times in a digital world, and that was particularly concerning when it came to the protection of children.

According to Ofcom, last year up to half of all children said they watched vlogger or YouTube influencer content and ‘kidfluencers’ can earn as much as £100,000 per month.

Successful child influencers in Britain include 14-year-old Tiana Wilson from Nottingham, who has 11.4million Youtube subscribers, and football expert Lorenzo Greer, 13, with 1.7million followers. There is nothing to suggest these children have been exploited, The Times reports.

In the US, 11-year-old toy tester Ryan Kaji has emerged as a phenomenally successful influencer, with 32 million subscribers and projected earnings of almost $30 million. 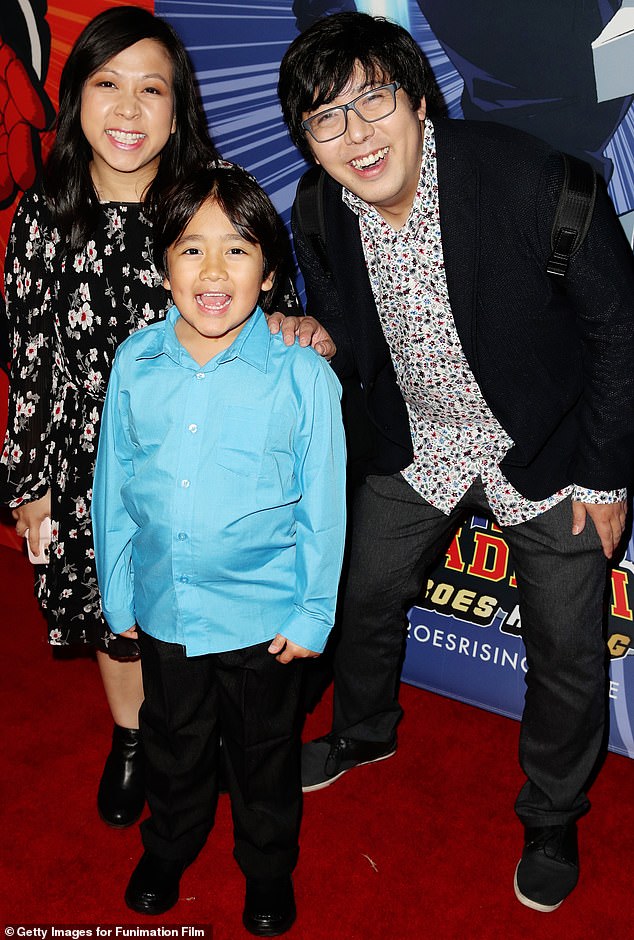 In the US, 11-year-old toy tester Ryan Kaji (pictured with his parents) has emerged as a phenomenally successful Youtuber, with 32 million subscribers

The committee urged the Government to conduct a study into the influencer industry so it can be properly regulated as it grows – as well as manage rules around pay standards and practice, and advertising regulators be given more power to close influencer loopholes.

They also called for an official code of conduct for influencer marketing to be commissioned.

Mr Knight said: ‘The rise of influencer culture online has brought significant new opportunities for those working in the creative industries and a boost to the UK economy.

‘However, as is so often the case where social media is involved, if you dig below the shiny surface of what you see on screen you will discover an altogether murkier world where both the influencers and their followers are at risk of exploitation and harm online.’

The committee’s report said it had heard concerns during its inquiry that some children within the influencer economy were being used by parents and family members – who often manage their online accounts – who were seeking to capitalise on the lucrative online market.

‘The explosion in influencer activity has left the authorities playing catch-up and exposed the impotence of advertising rules and employment protections designed for a time before social media was the all-encompassing behemoth it has become today,’ Mr Knight said.

‘This report has held a mirror up to the problems which beset the industry, where for too long it has been a case of lights, camera, inaction.

‘It is now up to the Government to reshape the rules to keep pace with the changing digital landscape and ensure proper protections for all.’