Chicago thieves dress up as COPS and ‘force their way into elderly woman’s house and stole prescription, groceries, utility money’

A gang of thieves posing as cops were caught on video barging into the suburban Chicago home of an elderly woman before stealing her medication, and money for a month’s worth of groceries and utilities.

Homeowner Ann Robertson, 91, reported Saturday that a man came to the door and told her he was an officer before pushing her aside. Then two other men, claiming to be undercover cops, also entered the home.

The men still are at large.

Robertson, who lives with her husband and daughter, caught the men stuffing their pockets with her possessions.

‘My grocery money, my prescription money, my gas money, my utilities money – I had enough money for a whole month,’ Robertson told CBS2.

‘I was flabbergasted. Everything was gone.’ 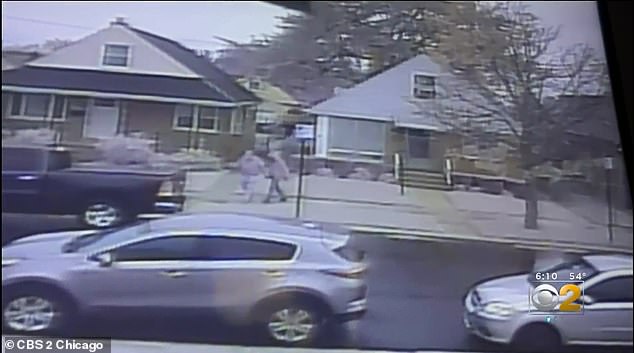 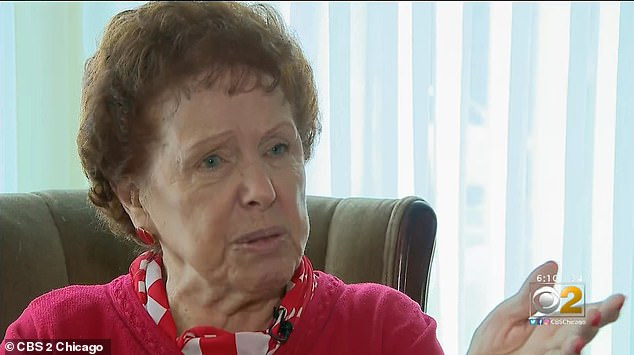 Ann Robertson, 91, said she believed the men to be police officers as they were seen wearing fake black uniforms

Surveillance footage from the Southwest Side’s Clearing neighborhood captured one of the thieves stalking the home before forcing entry. Neighbors said they saw someone earlier in the week driving down the street taking pictures of the home.

Moments before the robbery, footage shows the thief getting out of a black pickup, with no license plate, after parking in front of the Robertson house. He knocks on the door of the home multiple times before Robertson opens the door and he forces his way inside wearing a fake black uniform.

Robertson said she initially trusted the man, thinking he was an actual officer. 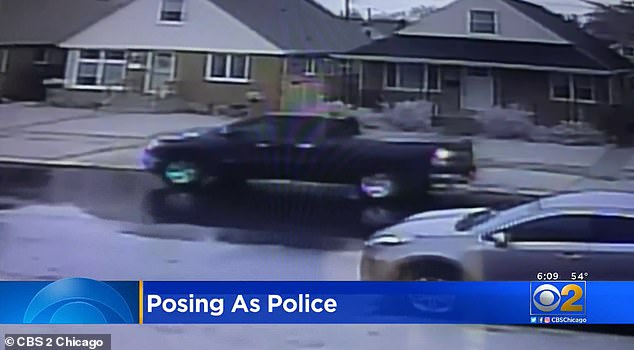 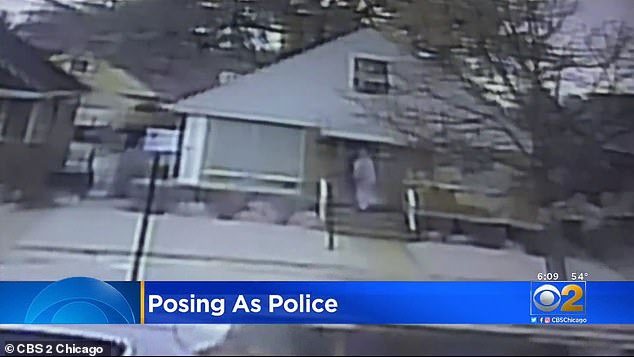 ‘I thought he was police. I thought it was safe,’ Robertson said. ‘He had a round circle that said, ‘Police.’’

Robertson also said the man told her he was there to check her ‘pipes’ before heading inside the home.

‘He put me in a chair and he pushed me in front of the sink,’ Robertson said.

She said she realized she was being robbed after the two other men entered the home.

‘I walked into the bedroom and I saw the three men in my bedroom, and I said: ‘What are you doing here? Get out!’ Robertson said.

Video reveals the three men leaving the home moments later with their pockets stuffed as they headed toward the black pickup truck. 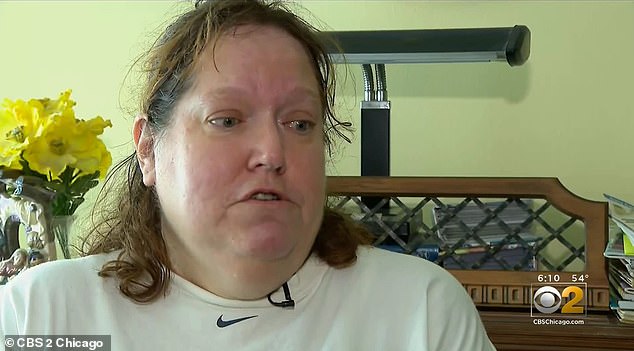 Police arrived later at the scene wearing uniforms similar to those of the fake cops.

The robbery has left Robertson and her family shaken, afraid to open the door even for trick-or-treaters on Halloween. They left a note on their door explaining they had been robbed.

‘I don’t want this to happen to someone else. It’s not fair,’ Robertson’s daughter Katie Sigafoose said. ‘People should trust and be trusting, but you can’t trust people.’

The issue remains under investigation and the thieves still have not been identified. If caught, they may be charged for impersonating a police officer, which is a Class 4 felony, as well as the theft. Impersonation carries a sentence of up to three years.