London: The joy of receiving a note from a member of the royal family, in response to a card or a letter, has long been keenly felt across the globe.

But Harry and Meghan, the Duke and Duchess of Sussex, must make new arrangements for their correspondence after Charles, the Prince of Wales, withdrew his financial support for the mail service provided by his team at Clarence House. 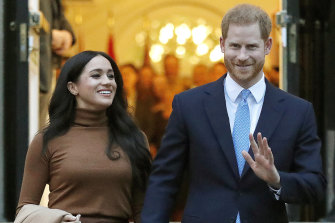 Prince Harry and Meghan, the Duke and Duchess of SussexCredit:AP

The couple’s decision not to return as working members of the royal family means that all professional ties will be severed from the end of next month.

For practical reasons, that will include arrangements relating to their mail, well-wishers might have to start posting their cards to the US instead.

Clarence House Correspondence Section, comprising around four staff, has traditionally handled the Sussexes’ mail, as well as that of William and Catherine, the Duke and Duchess of Cambridge, Prince Charles and Camilla, the Duchess of Cornwall. 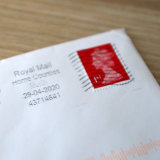 Many people from around the world receive a response after writing to the royal family. Credit:Getty Images

Thousands of letters and cards are received each month for each family member, all of which are sifted and organised, with the majority generating polite replies on monogrammed paper, franked from Buckingham Palace.

The Prince of Wales receives the most post but the amount for the Sussexes has dwindled to mere sackfuls, with notable spikes around birthdays, Christmas or significant announcements. The process, funded privately by the Prince, costs tens of thousands a year, with staff costs, overheads, stationery and stamps.

One issue is that the office will have no prior knowledge of events, campaigns or announcements by the Sussexes that might prompt a mail spike. A source close to the couple said new arrangements have not been made, but there is a Los Angeles address for the Archewell Foundation on their website.

They will have to move quickly to deal with a deluge of congratulatory messages when the Duchess gives birth to their second child in early summer.

The couple’s interview with Oprah Winfrey, to be broadcast in the US next Sunday, will also generate a response. The 90-minute special, recorded over two days at their Santa Barbara home this month, will discuss their decision to quit as working Royals.

An aide said audiences could expect the couple to expand on issues raised by the Duke in his interview with James Corden, broadcast last week, in which he discussed everything from his son’s first word to the “toxic” British media.

Gayle King, a friend of Ms Winfrey and a CBS anchor, claimed the chat show queen had told her the interview was “the best she has ever done”.