Macmillan has been accused of ‘racism and bullying’ in an internal report which found staff complaints of discrimination were ‘brushed under the carpet’ and whistleblowers were dismissed as ‘troublemakers’.

The report said the cancer charity’s workplace culture is ‘systemically racist’ and its approach to diversity is masking widespread bullying and exclusion.

One employee recalled how the word ‘P**i’ was used during an online meeting and went unchallenged, while a senior member of staff allegedly ordered a colleague to ‘talk to security about these people and make sure they’re checked’ when a Muslim fundraising organisation visited the charity’s offices, The Times reports.

Macmillan, which provides a range of services to people living with cancer, commissioned the report following complaints from ethnic minority and disabled staff over its ‘superficial, tokenistic or theoretical approach’ towards diversity.

The findings of the report were sent in a document to staff marked ‘strictly confidential’.

Macmillan today apologised to members of staff who had complained of discrimination, admitting that the report was ‘painful reading’. 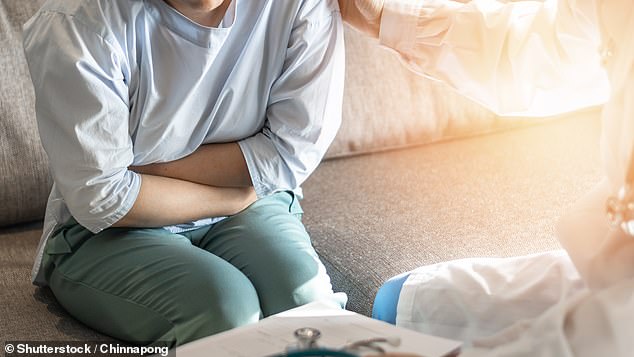 The charity employs a ‘dedicated Equity, Diversity and Inclusion team’ as part of an aim to make Macmillan ‘more equitable, diverse and inclusive’, as well as launching a new strategy last year.

This includes ‘perspective panels’ in which staff discuss can share stories and understand different experiences and various ‘staff networks’.

But the report said: ‘Staff described an organisational culture at Macmillan that is systematically racist and ableist.

‘Staff spoke in detail about, and shared examples of, racism and ableism — both overt and covert.

‘Reported behaviours and incidents ranged from discriminatory comments and microaggressions to exclusion and bullying.

‘Many staff reported acutely oppressive and painful experiences that had impacted and continue to impact on their mental health and wellbeing.’

It found that staff had taken leave from roles due to the impact on their mental health.

Discriminatory incidents were also ‘downplayed, ignored or deliberately “brushed under the carpet”‘.

This included the involvement of senior staff and the charity’s HR department, which were also said to be ‘lacking expertise’ when it came to complaints about discrimination.

The report added: ‘While many staff spoke about individual allies or positive relationships, Macmillan was frequently described as an oppressive and unsafe environment for minoritised staff to work in, let alone to thrive, feel valued or a true sense of belonging.’

The charity was voted England’s most popular in a YouGov survey earlier this year, liked by 85 per cent of respondents.

But the probe found there is a ‘deep-seated lack of trust in reporting processes and incident handling’ and ‘a massive covering up culture’.

He added: ‘We want to sincerely thank those colleagues who recounted their experiences and we share their determination that Macmillan should be a workplace where everyone feels they belong.

‘We are committed to making sure their strength in speaking up will help us make the changes needed to move us forwards.

‘The findings of this report serve as a powerful and humbling demonstration of how much more we have to do in order to support our colleagues who identify as disabled and/or ethnically diverse, and we are determined to do so.

A statement from the charity added: ‘Earlier this year, Macmillan collaborated with our internal Black, Asian and Minority Ethnic and Disabled employee networks to commission the Social Justice Collective to conduct a listening exercise to deepen our understanding of colleague experience and contribute to enhancing our Equity, Diversity and Inclusion Strategy. We have now received a report summarising its findings.

‘The report reveals a number of areas where Macmillan has fallen far short of the standards that colleagues have a right to expect. As a leadership team, we fully accept the findings of the report, and its recommendations.

‘There is no doubt that the findings of this review make for painful reading and we are profoundly sorry that anyone has ever suffered a distressing or harmful experience at Macmillan.

‘We are now taking time to listen and reflect, collaborating with those who contributed to ensure that we take the right steps in response.’