A charity boss who was repeatedly asked where she ‘really’ came from by a lady-in-waiting says she has suffered ‘horrific abuse’ on social media.

Lady Susan, who had served the late Queen for six decades, stepped down from her honorary role ‘with immediate effect’ amid a furious outcry after Ms Fulani revealed she had asked: ‘Where are you really from?’.

But Ms Fulani – whose charity represents Afro-Caribbean victims of domestic abuse – says her family has been under ‘immense pressure’ since the exchange. 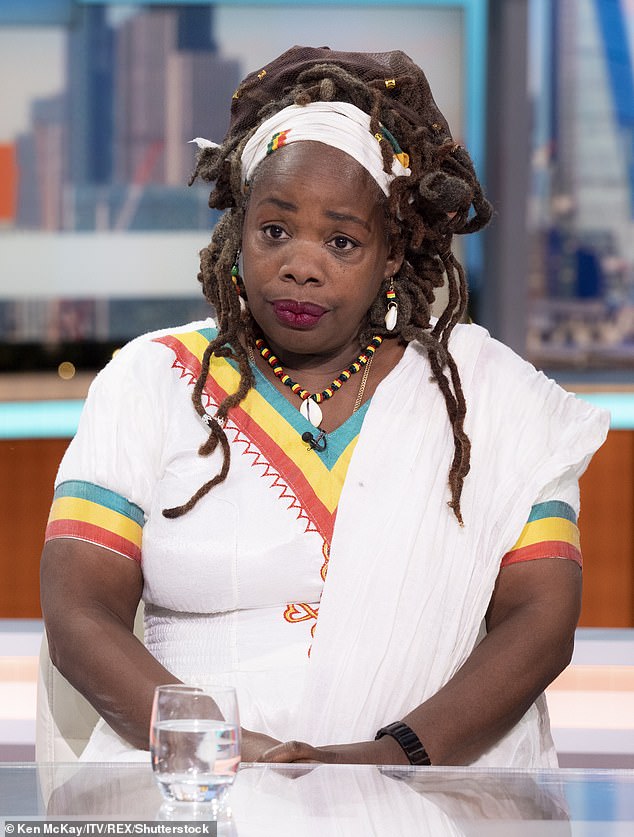 Ngozi Fulani, the British-born founder of the charity Sistah Space, expressed shock at her treatment by Lady Susan Hussey 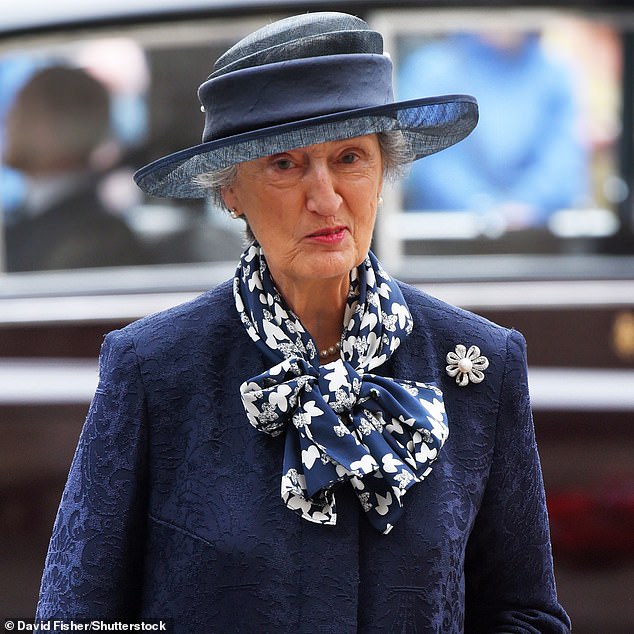 Lady Susan, who had served the late Queen for six decades, stepped down from her honorary role ‘with immediate effect’ amid a furious outcry

In a statement issued on Monday, she said: ‘The last week has been an extremely difficult time for us all at Sistah Space.

‘My team, family and I have been put under immense pressure and received some horrific abuse via social media.

‘Yet throughout this time I have been heartened by the huge amount of support we have received.

‘I want to thank everyone for that, and it has shown me that love will always triumph over hate.’

Lady Susan, the Prince of Wales’ godmother, is said to have repeatedly challenged Ms Fulani when she said she was British at the Queen Consort’s reception highlighting violence against women and girls.

According to a transcript Ms Fulani posted online, Lady Hussey asked where she came from, to which she replied that her charity was based in Hackney, North-East London.

But Lady Hussey went on to ask her: ‘Where do you really come from, where do your people come from?’

A stunned Ms Fulani replied: ‘My people’ lady, what is this?’ She eventually said she was of Caribbean descent and African origin, to which Lady Hussey apparently replied: ‘I knew we’d get there in the end, you’re Caribbean!’

Now plans are said to be under way for Charles and Camilla to meet Ms Fulani so that they can address what happened at the event and the issues involved, though she claims not to have received any contact. 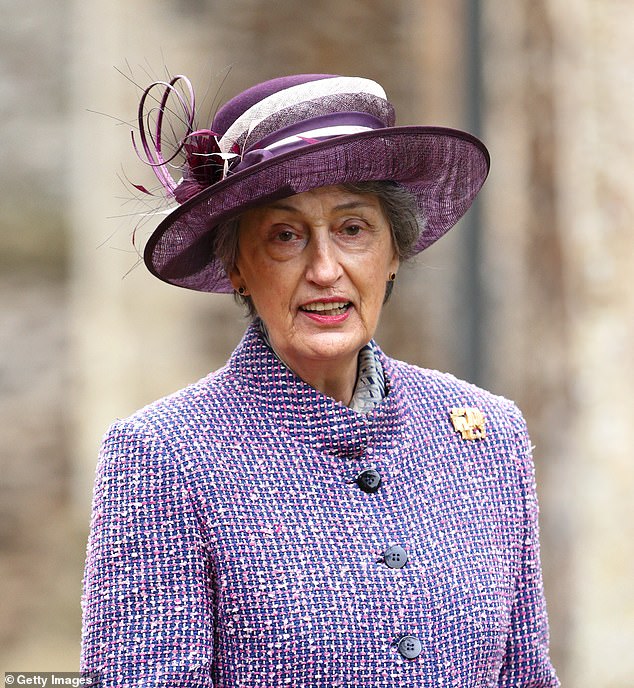 According to a transcript Ms Fulani posted online, Lady Hussey repeatedly asked where she came from

Meanwhile, Ms Fulani told ITV’s Good Morning Britain: ‘Although I didn’t experience physical violence, what I feel I experienced was a form of abuse.’

Pressed on whether the Palace has contacted her via her organisation, Ms Fulani said: ‘No. I don’t know where this has come from but I’m telling you categorically – we have not heard from the Palace.’

Describing how Lady Susan also touched her hair, she added: ‘I was stood next to two other women – black women – and she (Lady Susan) just made a beeline for me and she took my locks and moved it out of the way so that she could see my name badge.

‘That’s a no-no. I wouldn’t put my hands in someone’s hair and culturally it’s not appropriate.’

Ms Fulani also said the comments were down to racism, not Lady Susan’s age.

‘I’ve heard so many suggestions it’s about her age and stuff like that and I think that’s a kind of a disrespect about ageism’, she said on BBC Radio 4’s Today programme.

‘If you invite people to an event, as I said, against domestic abuse, and there are people there from different demographics, I don’t see the relevance of whether I’m British or not British. You’re trying to make me unwelcome in my own space.’ 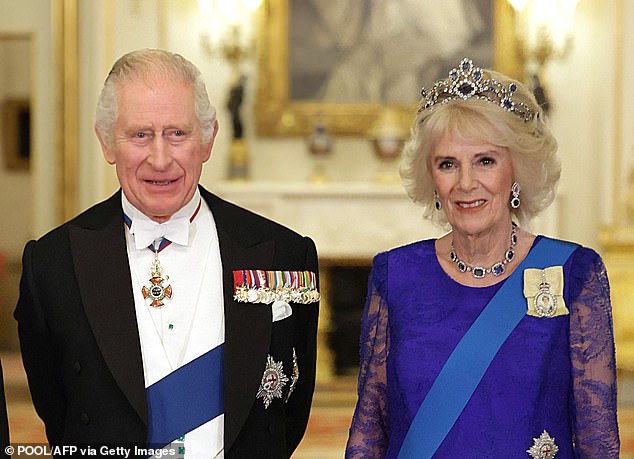 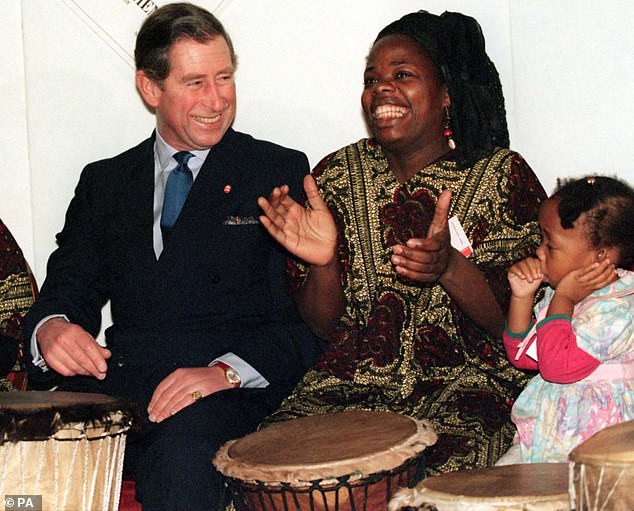 In 1997, Ms Ngozi met the then Prince of Wales when Charles visited the Limelight, a nightclub in London’s West End (pictured)

Ms Fulani added in her statement: ‘It has been an emotional whirlwind and we now wish to take the time to pause, reflect and learn from these events.”‘

As a new race row engulfed the royals, Buckingham Palace said it took the incident, at the Queen Consort’s reception on violence against women on Tuesday, ‘extremely seriously’ and had investigated immediately.

A spokesman said: ‘We take this incident extremely seriously and have investigated immediately to establish the full details. In this instance, unacceptable and deeply regrettable comments have been made. We have reached out to Ngozi Fulani on this matter, and are inviting her to discuss all elements of her experience in person if she wishes.

‘In the meantime, the individual concerned would like to express her profound apologies for the hurt caused and has stepped aside from her honorary role with immediate effect. All members of the Household are being reminded of the diversity and inclusivity policies which they are required to uphold at all times.’