In Victorian times it was not unusual to pack a picnic, grab some friends and head for the local cemetery for some recreational time.

Now a proposal for Melbourne’s biggest new cemetery in a century could see graveyards once again become places where people can enjoy themselves. 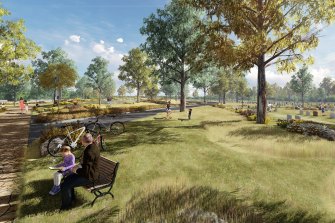 An image of the proposed Harkness cemetery from the Greater Metropolitan Cemeteries Trust.

In a bid to attract the living, the Greater Metropolitan Cemeteries Trust wants a large new public cemetery at Harkness, on the city’s western fringe, to double as a recreational space.

Think picnics, dog-walking, a nature reserve or park with iconic architecture and maybe somewhere to have a coffee.

The trust will shortly announce its chosen consortium to develop a master plan that chief executive Deb Ganderton said would reflect the trust’s vision of an open green space that can have multiple uses.

“There are many roles that cemeteries play within a broader context for communities other than burial space [including] wildlife habitat, carbon offsetting, recreational open space, historical assets and storytelling, events and exhibitions, tourism, water catchment, commercial activities and agricultural functions,” she said.

This concept was backed by the state environment and planning department in a recent parliamentary inquiry.

Researcher Samuel Holleran, a member of Melbourne University’s DeathTech research team, said new cemeteries were being designed with the needs of the community in mind.

“There’s a growing recognition that what cemeteries can deliver best are things that planners are often looking for elsewhere: walk-ability and urban green space,” he said. 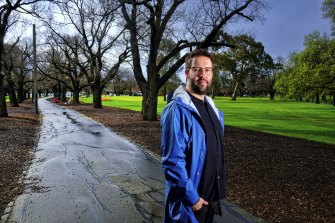 RMIT centre for urban research deputy director Professor Hannah Badland said there was often a lag between the infrastructure new neighbourhoods needed and government’s ability to provide it.

“The coronavirus lockdowns in Melbourne last year revealed massive inequities between the inner and outer suburbs in terms of accessible open public space and what we broadly call liveable neighbourhoods,” Professor Badland said.

According to data from the Australian Bureau of Statistics, Greater Melbourne’s total population increased by a quarter between 2006 and 2016, with the outer suburbs accounting for nearly 60 per cent of growth from 2011 to 2016.

The state government’s 2017-2050 Plan Melbourne strategy, for instance, recognised a need to identify suitable locations for new cemeteries but stopped short of including them as part of its integrated approach to green infrastructure design.

“Typically, a graveyard wouldn’t be regularly frequented by a lot of the population, but something like a park or a beautiful green space would be,” she said.

Melton Environment Group president Daryl Akers said the cemetery site was of special environmental value because it would sit between new housing developments and the Gilgai Woodlands Reserve, home to several endangered species.

“We feel that the cemetery, if developed sympathetically with the local environment, could be a valuable community asset and perform a valuable role in preserving our rapidly declining natural environment and the native wildlife that finds refuge there,” he said.

Though Mr Akers was confident the Melton community would welcome the cemetery development, Mr Holleran sounded a note of caution.

A recent national survey conducted by the DeathTech team showed nearly one third of Australians were uncomfortable with the idea of using a cemetery as a green space for recreation.

The cemetery site, Mr Holleran said, would therefore need to be “developed very carefully and tastefully, bearing in mind different cultural perceptions as to what is acceptable in what is, to many, a sacred space.” 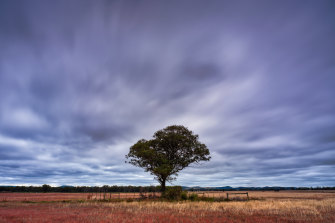 Profesor Badland agreed respectful design and community consultation would be critical to the site’s success, but said it was equally important to ensure that long-term resilience was built into the plan.

“The development basically triages public land for perpetuity, so there’s a need to think really carefully about what the population and the environment is going to look like in one hundred or even two hundred years’ time.”