CANDACE Owens sent singer Cardi B into a tailspin Sunday night when the conservative commentator attacked her for her recent interview with Democratic presidential nominee Joe Biden.

Owens, who posted a clip of herself speaking on the Ben Shapiro Show, also agreed with the host’s assessment that Cardi B’s music “contributes to the disintegration of black culture and values.” 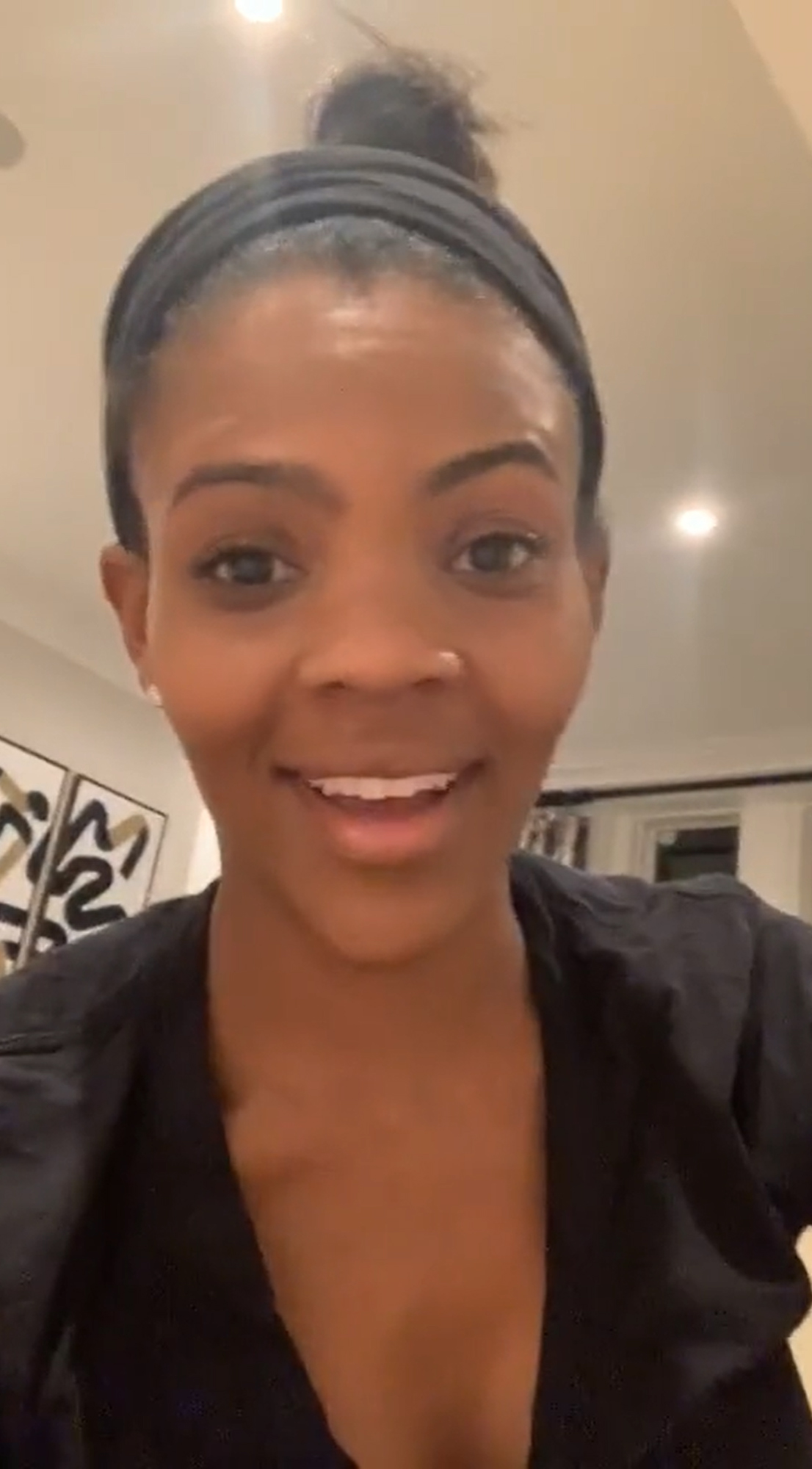 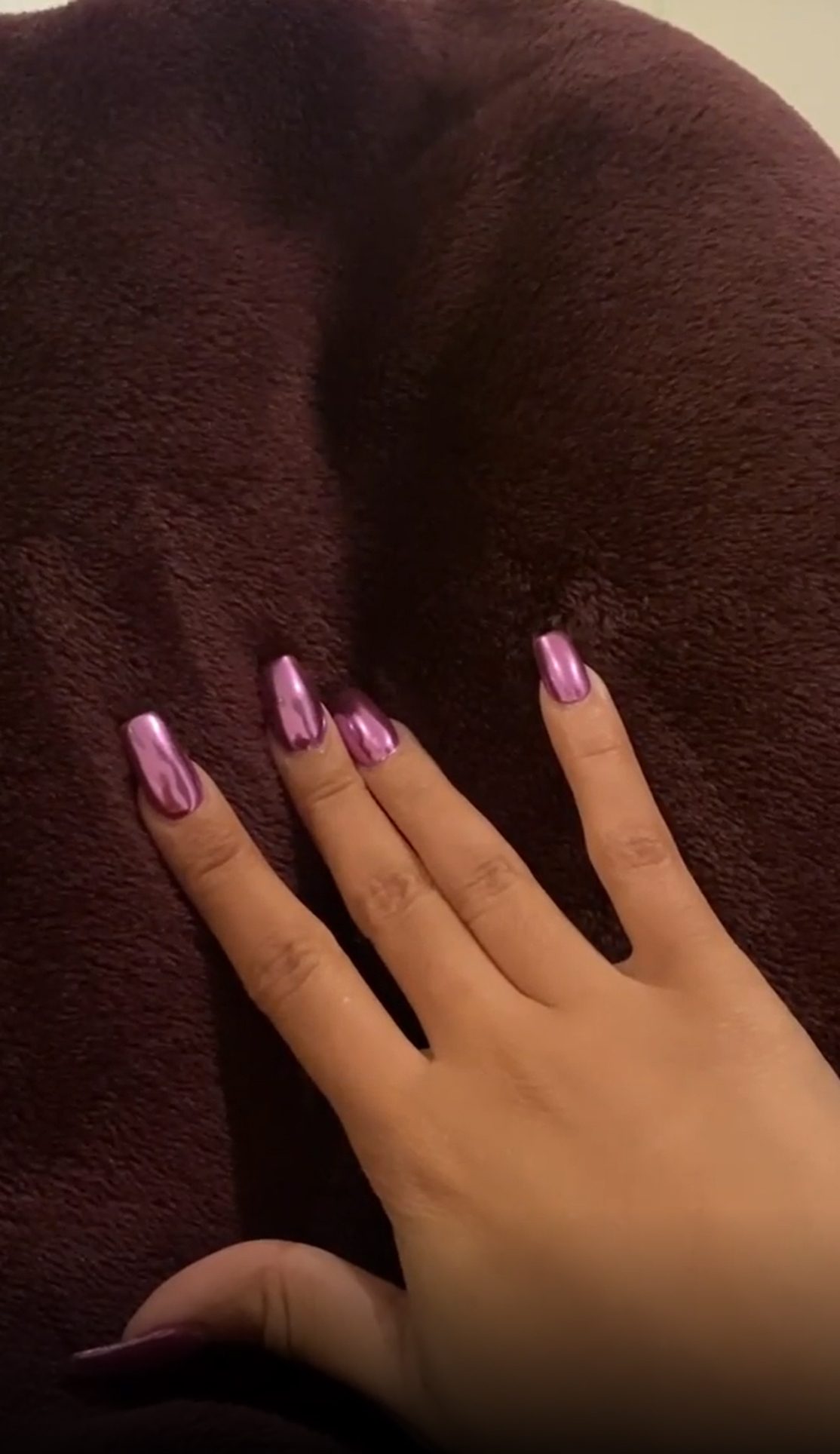 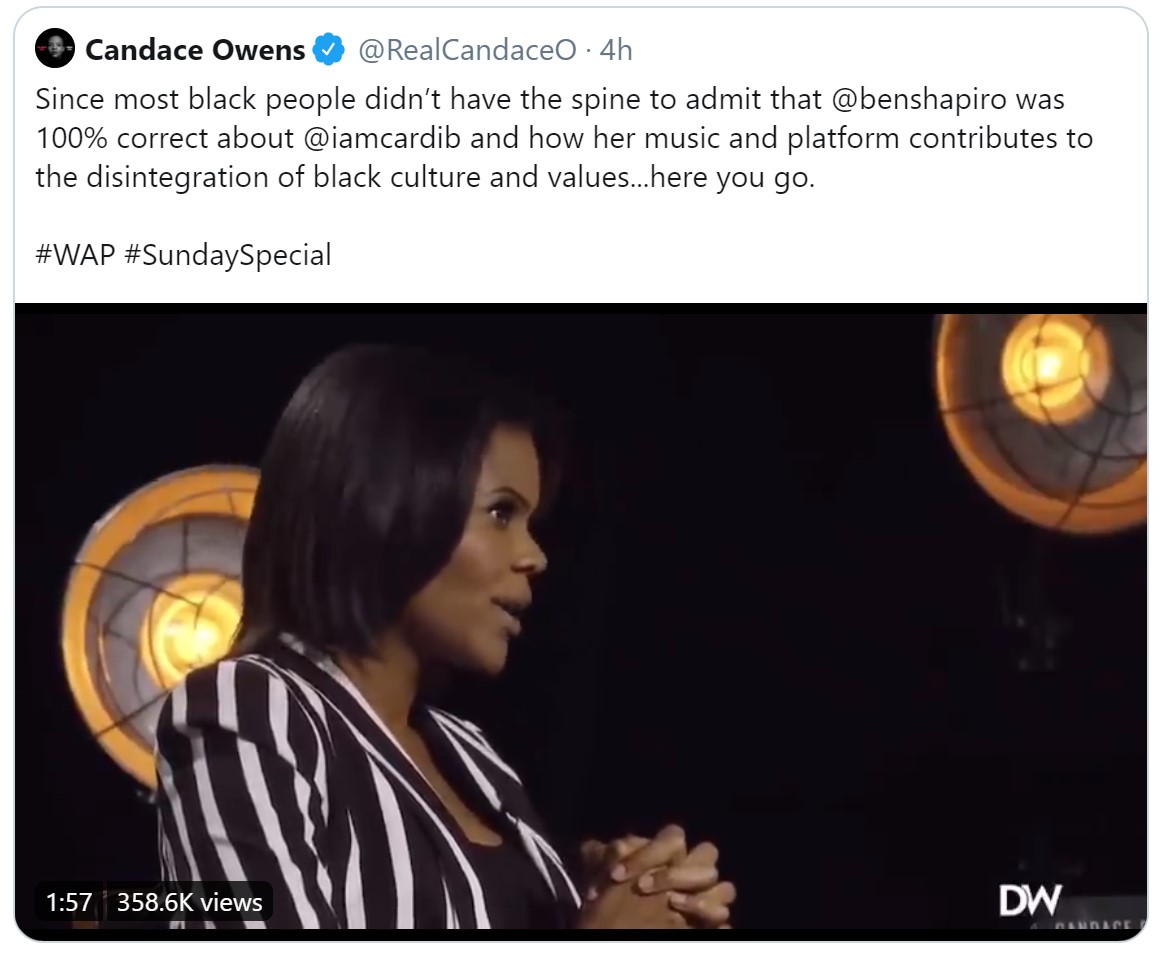 “If black America is not insulted by the fact that Joe Biden, who has been hiding in his basement for the entire year, made an appearance and came out because he was going to do an interview with CARDI B, do we have nothing better to offer?” Owens said in the clip.

She continued: “This is akin to Donald Trump saying I’m going to give no interviews but he came up and decided to give an interview to Justin Bieber.'

Cardi was quick to respond, defending her interview with Biden while slamming Trump supporters in a nearly nonsensical recap of her sister, Hennessy Carolina, getting harassed at the beach.

“You want to know why Joe got to talk to me Candace? Because I have the #1 song and yet my sister can’t go to the beach in the Hampton’s without Trump supporters harassing because they were by themselves,” Cardi retorted, sharing a video clip of the incident. 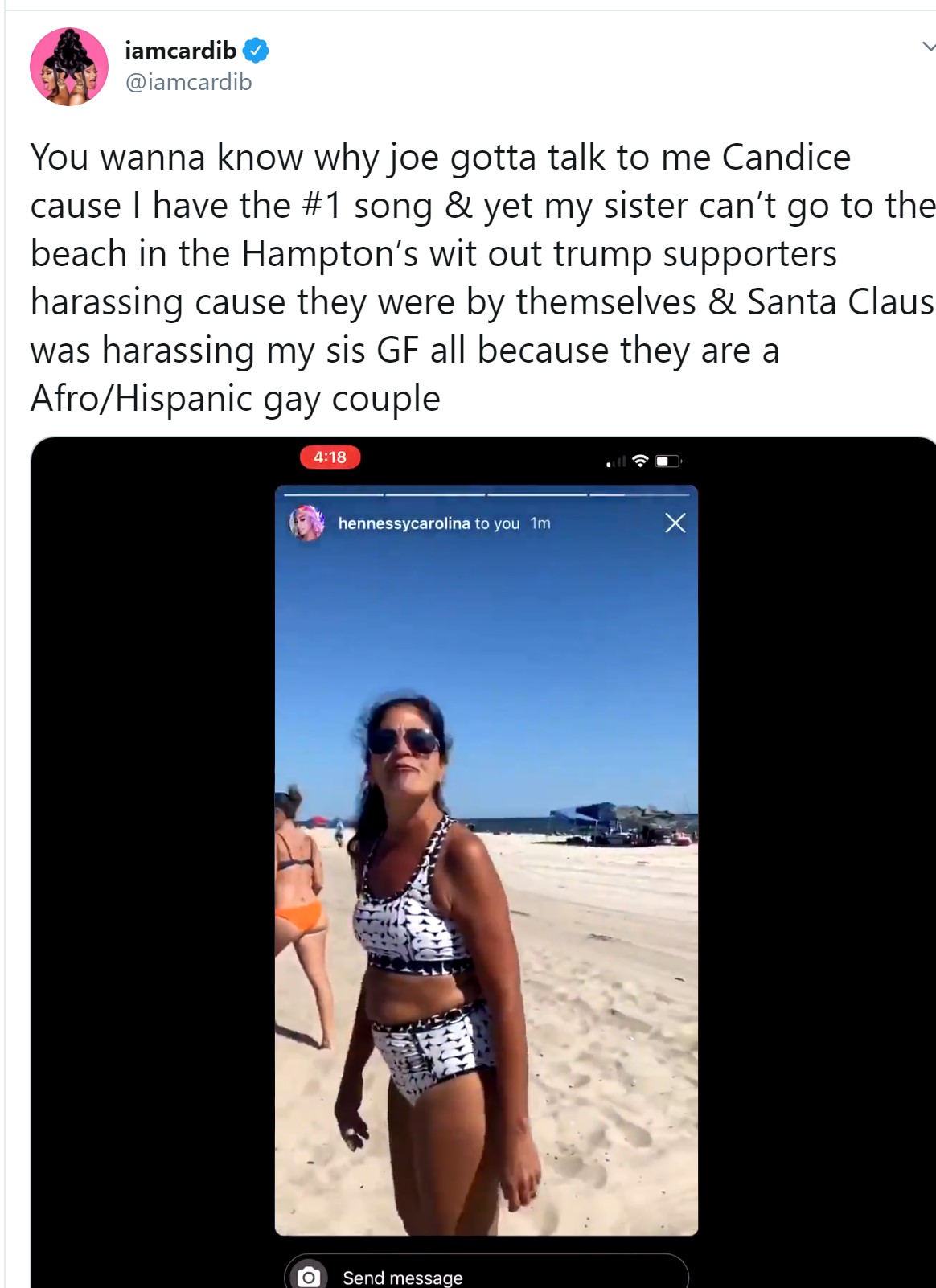 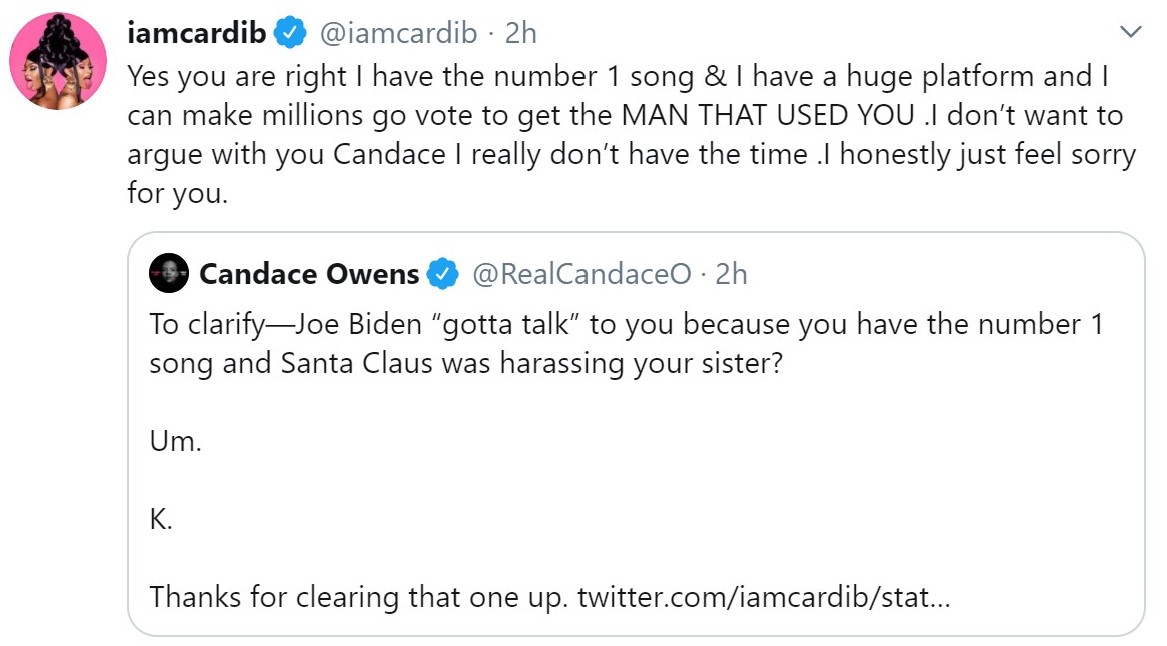 She added: “Santa Claus was harassing my sister’s girlfriend all because they are an Afro/Hispanic gay couple.”

Owens then accused Cardi of “encouraging MILLIONS to go vote for the man that locked up entire generations of black men.”

“Joe Biden used you. Bernie Sanders used you. Neither one of them like or know your music. They think you’re dumb,” Owens told Cardi.

Cardi responded by telling Owens that she did not want to argue with her, claiming she “feels sorry” for her rival who she said President Donald Trump did not pick to speak at the Republican National Convention. 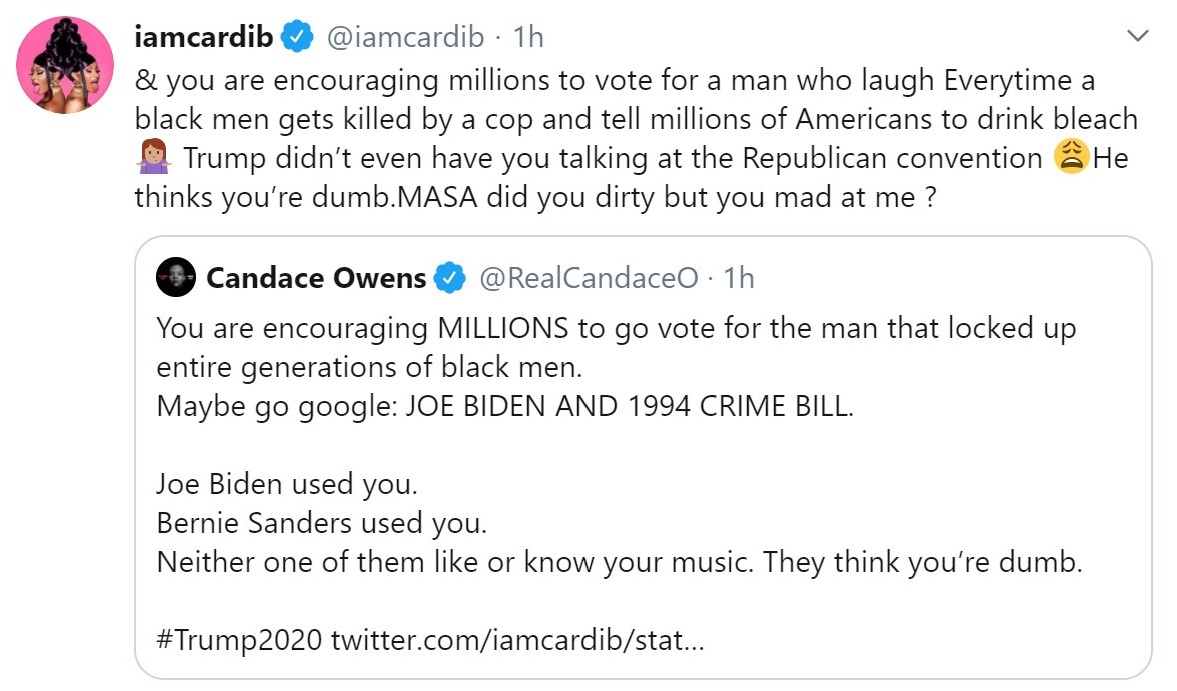 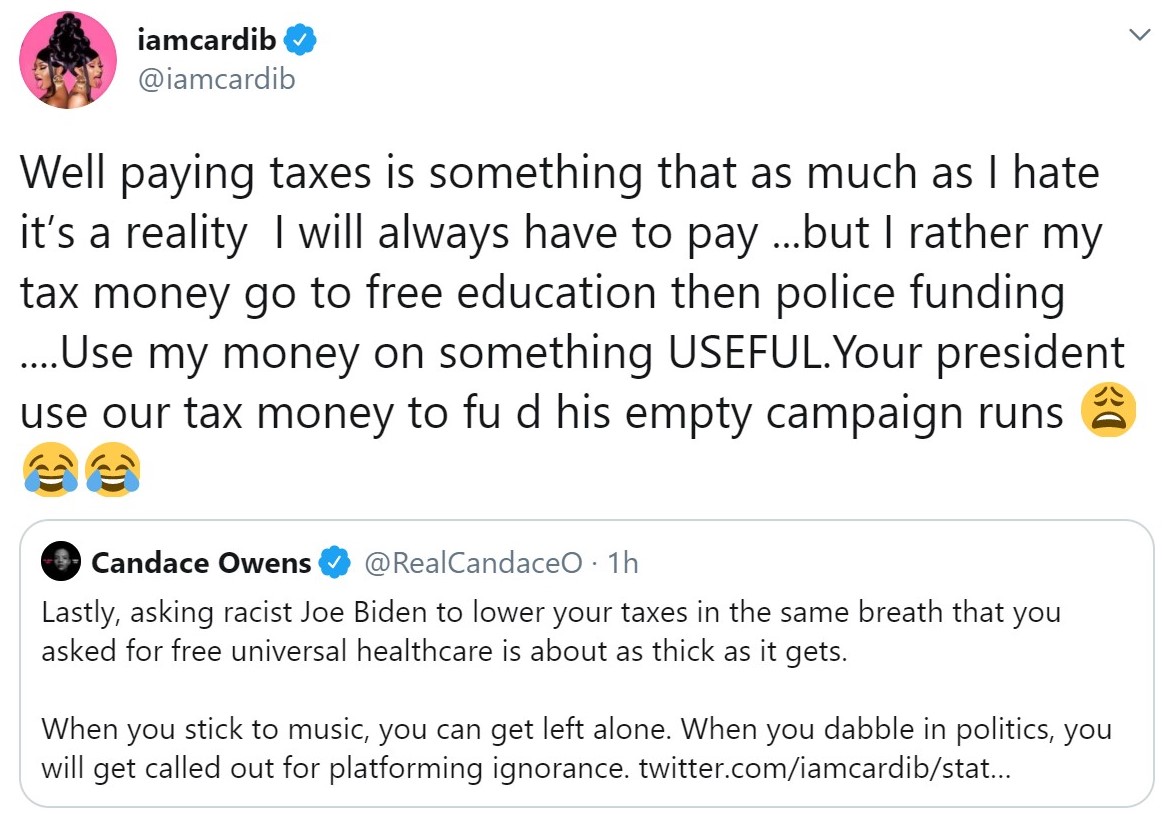 “He thinks you’re dumb. MASA (sic) did you dirty but you mad at me?” Cardi said, using the slavery era slang for “master.”

“When you stick to music, you can get left alone. When you dabble in politics, you will get called out for platforming ignorance.,” Owens said.

Cardi then took to Instagram Live to escalate the brewing feud with Owens, who in return mocked her for doing so.

“Cardi B is in the middle of a live Instagram about me. Riveting, educational content about how she has so many followers so that’s why Joe Biden has to speak to her,” Owens tweeted.

Owens then took to her own Instagram Live to address her supporters about the clash with Cardi.

The singer, whose real name is Belcalis Marlenis Almánzar, has often conducted interviews with high-profile politicians.

In April, Bernie Sanders joined the WAP crooner for an Instagram Live chat in which he called for Biden to become a “more progressive candidate.”

“Uncle Bernie! Big Booty got uncle Bernie in my life!” Cardi shouted in the April video.