Heartwarming moment a California wildfire evacuee returns home to find her loyal dog Madison guarding the ground where their house used to stand, as he is reunited with his brother

A woman who was forced to leave her dog behind when she evacuated as a wildfire tore through her neighborhood in Northern California last month returned home this week to find the beloved pet waiting in the ashes where her house used to stand.

The caption explained that Madison’s ‘parents’ were unable to get home to him after the Camp Fire broke out and rapidly expanded across thousands of acres.

‘They hoped and prayed he would be OK. When they finally got clearance to go back to the lot where their house once stood….Madison was waiting there for them as if he were protecting his former home. Never give up!!’ the post read.

A heartwarming video shows the moment Madison was reunited with his brother Miguel, who was rescued in neighboring Citrus Heights.

SCROLL DOWN FOR VIDEO 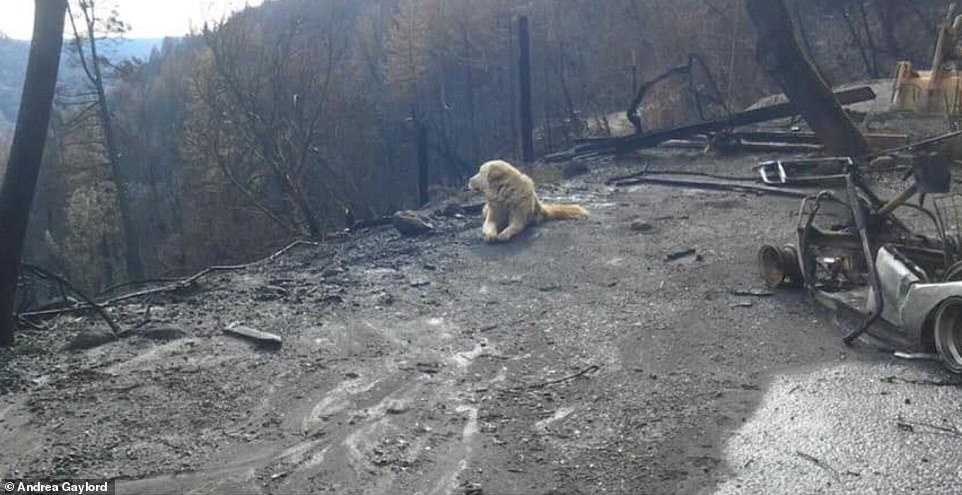 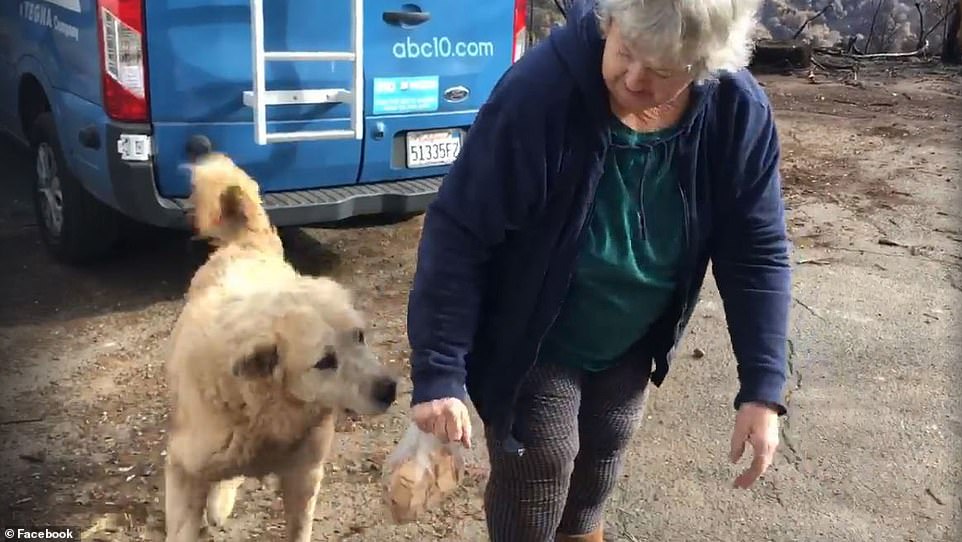 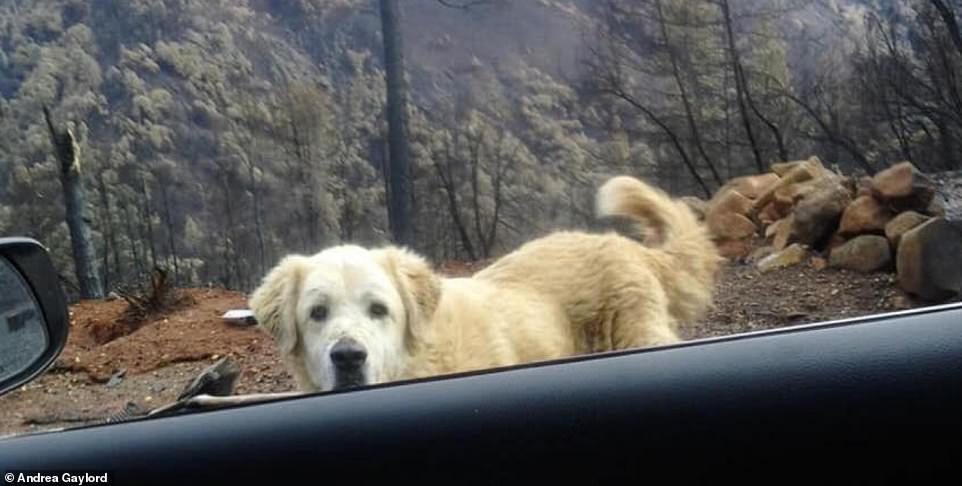 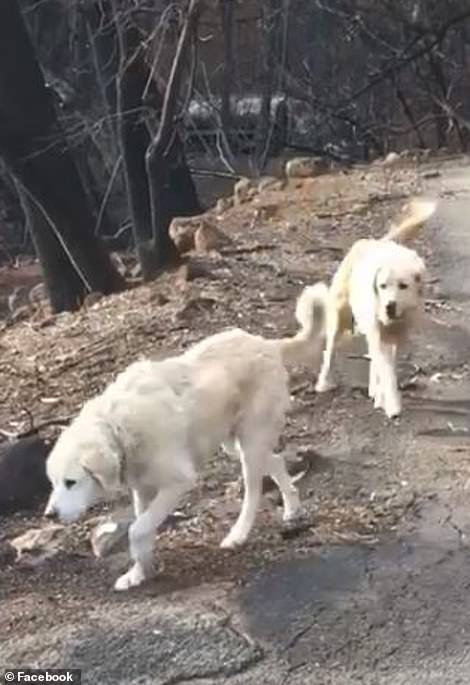 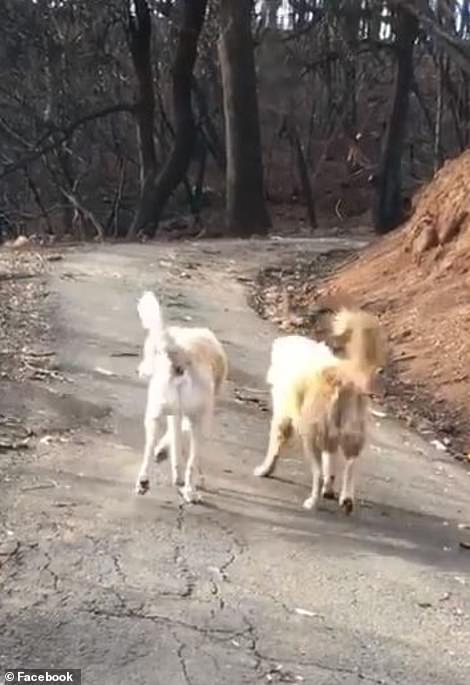 Adorable video shows the moment Madison was reunited with his brother Miguel, who was rescued in neighboring Citrus Heights weeks after the fires tore through

Here’s a sweet video for you! Madison, the dog who waited for his owners at their burned home, was reunited with his brother Miguel today! ❤️❤️❤️ #CampFire #Paradise

More than 50,000 people in the town of Paradise and two neighboring communities were forced to flee as the Camp Fire torched 240 square miles after igniting on November 8.

This week hundreds of residents were finally allowed to return and survey what’s left of their homes after the deadliest and most destructive wildfire in state history.

At least 85 people were killed and 11 are still missing one month on.

Shayla Sullivan, who has spent the past month rescuing pets in the wake of the fire, shared Madison’s inspiring story in a comment on the K9 Paw Print Rescue post.

She said she caught sight of Madison several times during her searches but was unable to get to her, so she would leave out fresh food and water in hopes that the dog would find it.

Sullivan wrote: ‘I’m so HAPPY to report that Andrea was allowed to return to her property today and THERE MADISON WAS!!!! He had stayed to protect what was left of his home, and NEVER gave up on his people!

‘I’m so happy I’m crying as I write this! He didn’t give up through the storms or the fire! A LOOOOONG month it must have been for him!’ 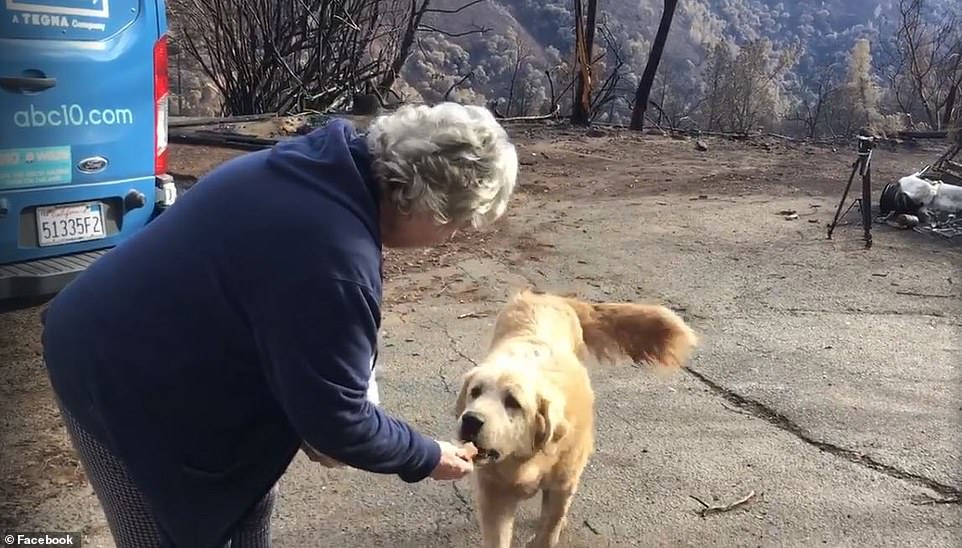 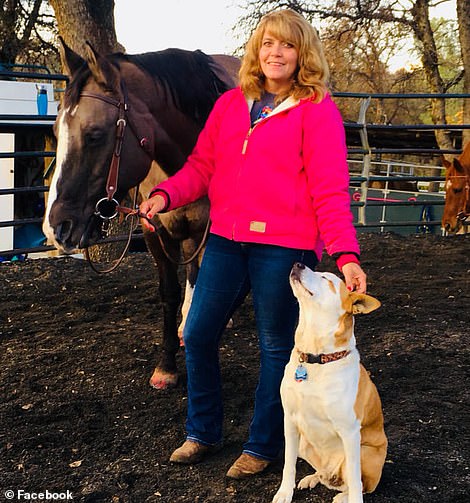 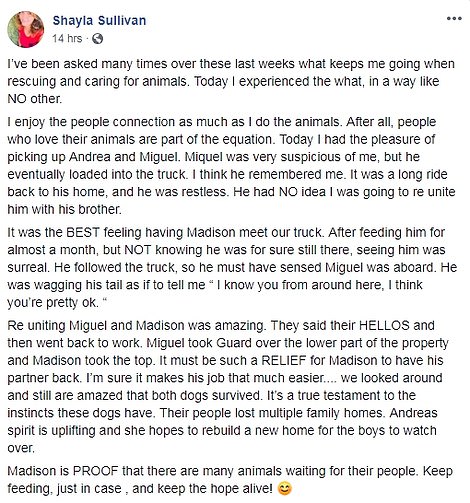 Shayla Sullivan (left), who spent the past month rescuing pets after the fire, shared Madison’s story in a Facebook post (right)

Describing the moment Madison and Miguel were reunited in a post on her own profile, Sullivan wrote: ‘It was the BEST feeling having Madison meet our truck. After feeding him for almost a month, but NOT knowing he was for sure still there, seeing him was surreal.

‘He followed the truck, so he must have sensed Miguel was aboard. He was wagging his tail as if to tell me: “I know you from around here, I think you’re pretty ok.”‘

Sullivan said that after the dogs greeted each other they ‘went back to work’ protecting their home.

‘Miguel took Guard over the lower part of the property and Madison took the top. It must be such a RELIEF for Madison to have his partner back,’ she wrote.

‘We looked around and still are amazed that both dogs survived. It’s a true testament to the instincts these dogs have. Their people lost multiple family homes. Andrea’s spirit is uplifting and she hopes to rebuild a new home for the boys to watch over.

‘Madison is PROOF that there are many animals waiting for their people. Keep feeding, just in case , and keep the hope alive!’ 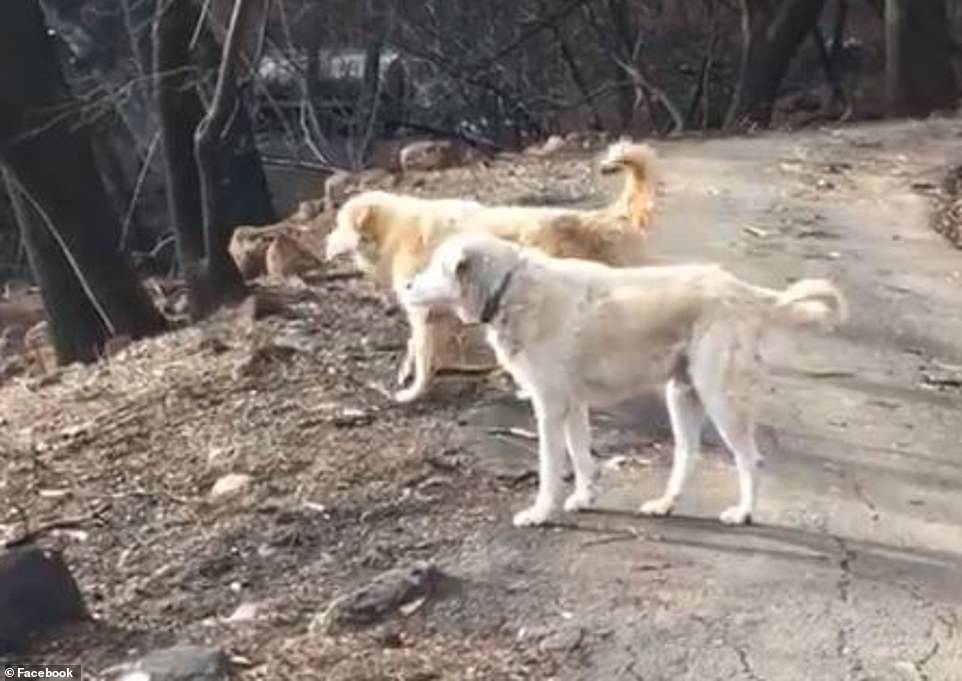 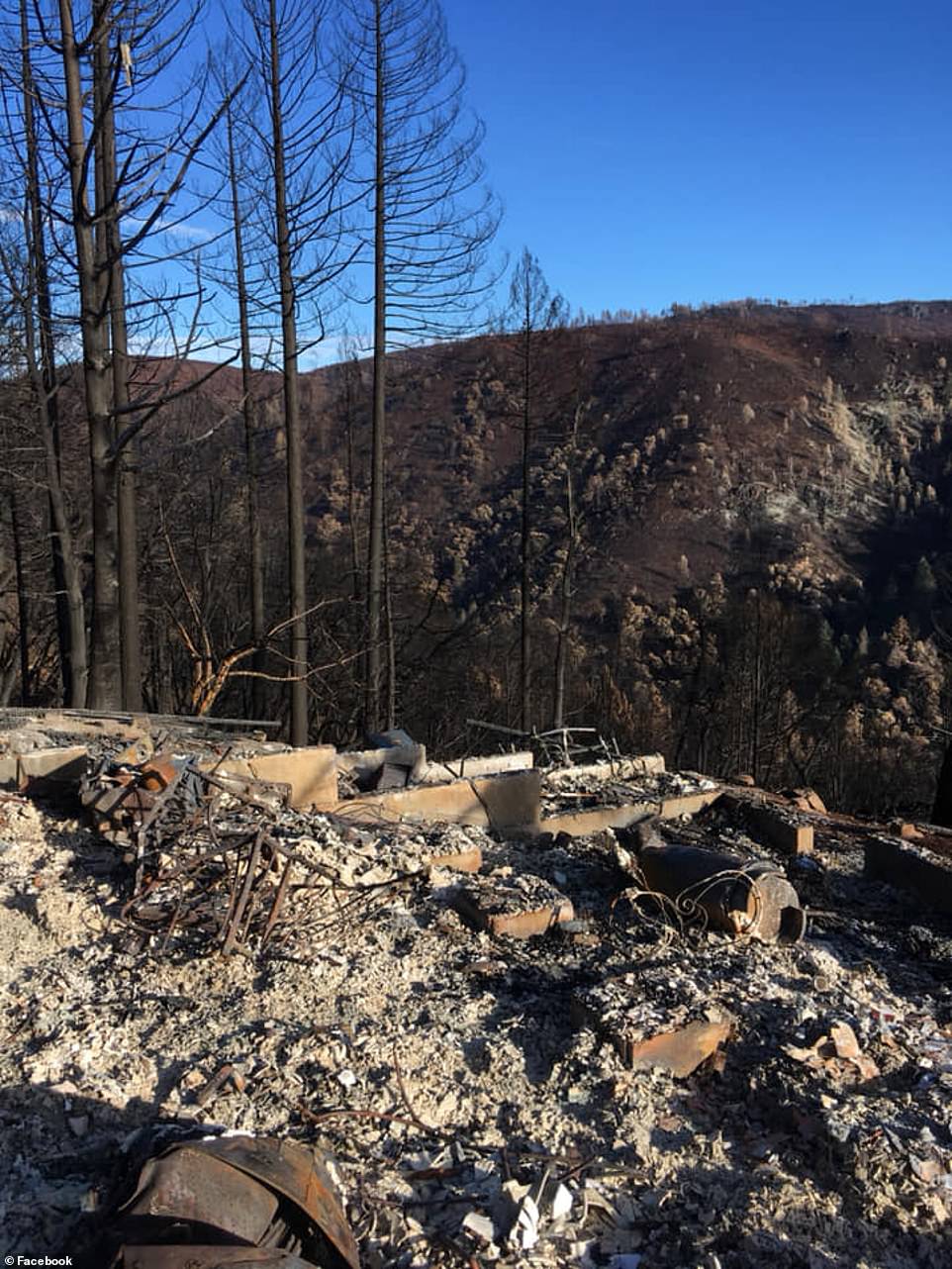 Hundreds of residents were finally allowed to return to their communities and survey what’s left of their homes this week, one month after the deadliest wildfire in California history