CALIFORNIA is suffering a record number of new Covid cases as 5,000 body bags were ordered and portable MORGUES are seen outside a hospital.

The crippling Covid cases come the same week that the first doses of Pfizer's coronavirus vaccine have begun to be distributed across the nation. 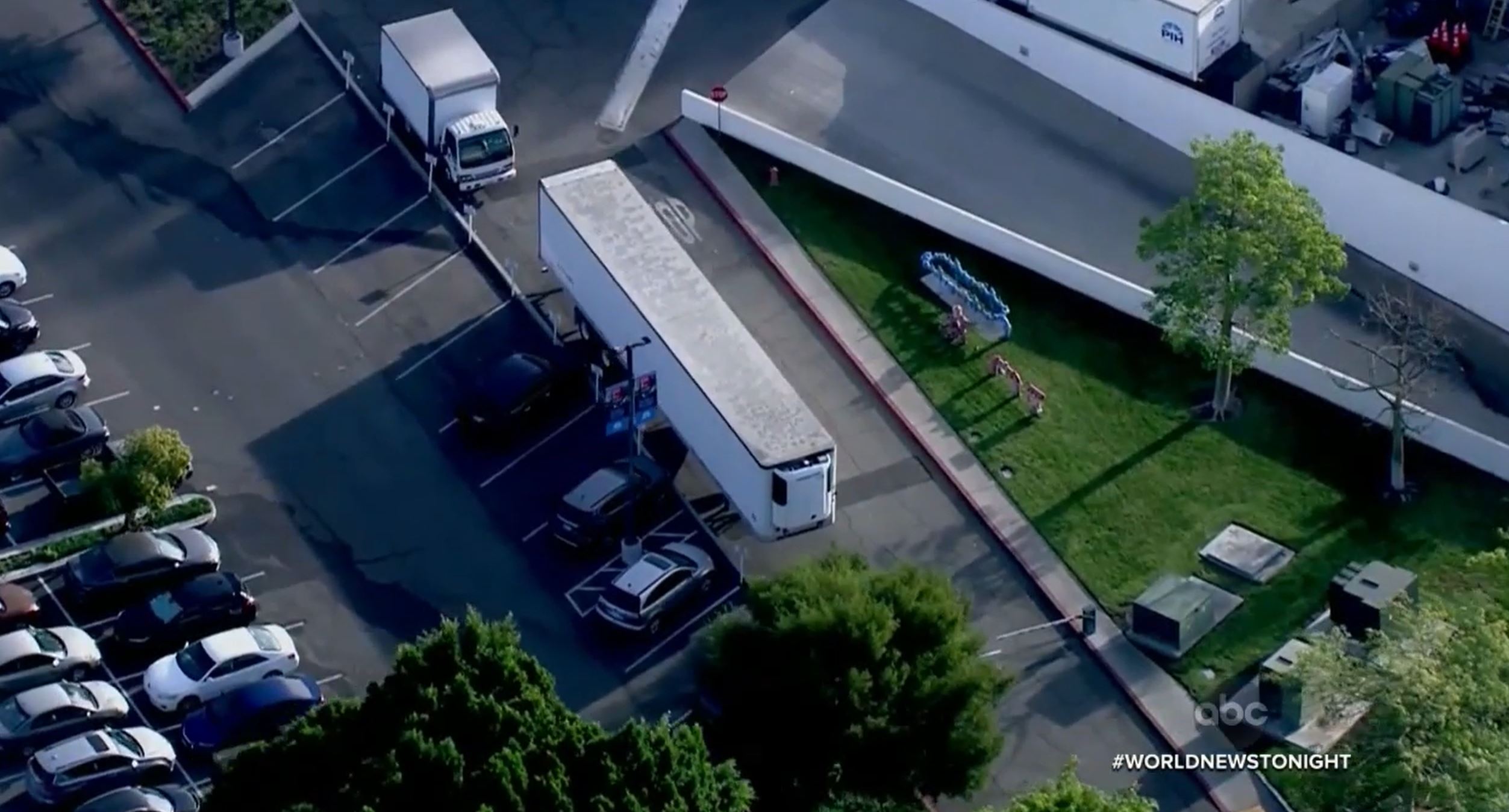 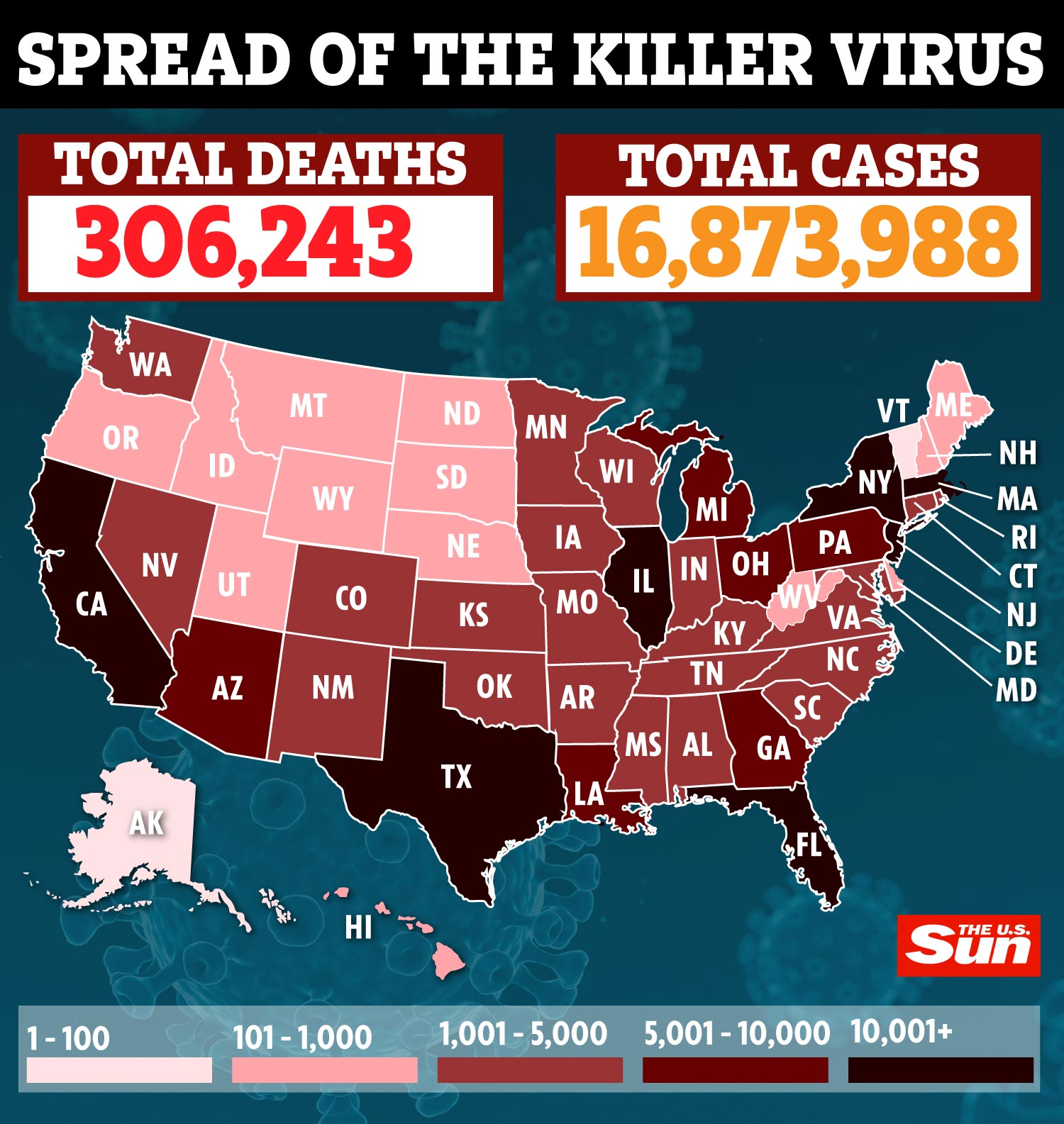 There's hope that vaccine rollout beginning with healthcare workers and those working an living in long-term care facilities will bring relief to the crippling weight of the pandemic.

As of Wednesday, cases continued to climb near 17million, with more than 300,000 deaths, according to Johns Hopkins University.

For the third time in a week, the US reported over 3,000 deaths in a day, Reuters reported.

On Wednesday afternoon, it was announced that all counties in the Bay Area of California are going to be put under a stay-at-home order, KRON reported.

This came as the ICU capacity dropped to 12.9percent – below the 15percent threshold set by Democratic Gov Gavin Newsom.

The stay-at-home mandate will begin at 11:59pm on Thursday, KRON reported.

As hospitals run out of bed space, Newsom announced that refrigerator trucks will be put outside hospitals in Los Angeles, San Francisco, and Inyo counties, Reuters reports. 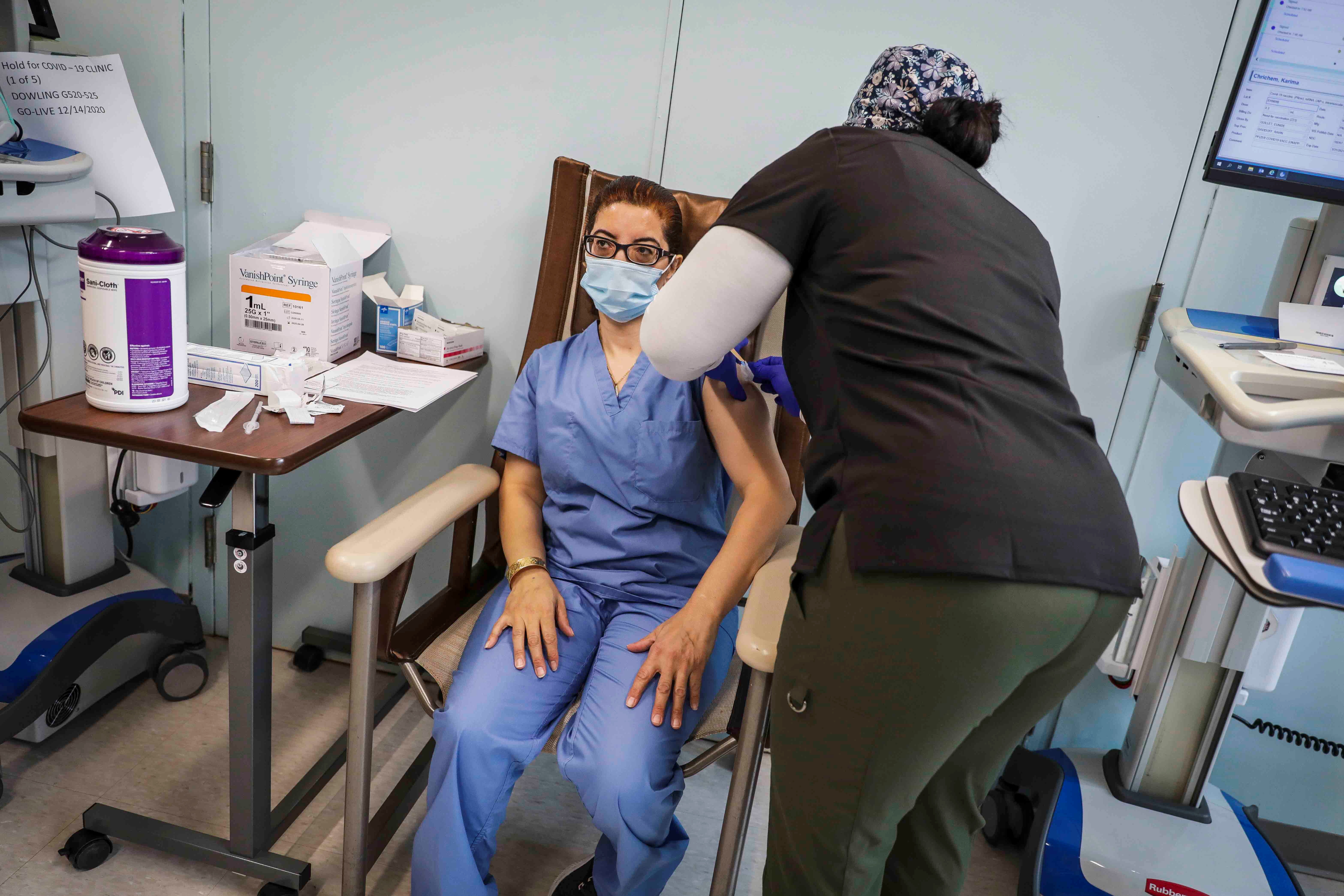 A total of 5,000 body bags were also distributed, Newsom said.

Pictures show the temporary morgues set up outside hospitals in New Mexico – a chilling image like those seen in New York City when the East Coast city was the epicenter of the pandemic in the spring.

With numbers continuing to climb, there is hope that the beginning of distribution of Pfizer's Covid-19 vaccine will bring some relief.

As of Wednesday, 1,600 healthcare workers in NYC had been given the Covid-9 shot in the past 48 hours, WNBC-TV reported.

Pensa was among the first to receive the jab on Tuesday.

Dr. Taison Bell, a critical care and infectious disease physician at the University of Virginia, said he's "prayed for" the moment she got the vaccine, Buzzfeed reported.

Moderna is also set to have a public hearing with the FDA on Thursday, in hopes that its own vaccine will be given emergency approval.

As a snowstorm began battering the East Coast on Wednesday, New York Gov Andrew Cuomo said if all goes according to plan, the state will require regional distribution centers to submit plans for vaccine rollout by January 1, The Daily Mail reported.

That requirement would be dependent on a shipment ofModerna vaccines expected to arrive on December 22, the Mail reported.

In a tweet, Cuomo said New York State has received a total of 87,750 Pfizer vaccines to date.

"An additional 80,000 Pfizer vaccine doses will arrive in the next days to start the vaccination program for residents and staff at nursing homes," he tweeted.