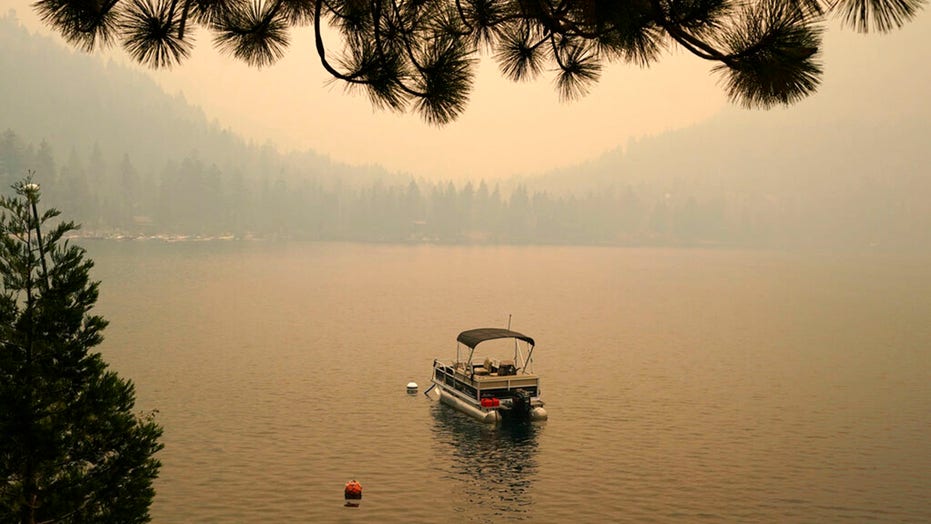 More than 1.3 million acres have burned thus far in the Golden State, according to the National Interagency Fire Center.

The center said 2.5 million acres have been scorched nationally this fire season.

Evacuation orders are in effect for residents near 17 large fires or complexes across the U.S. and more than 26,200 wildland firefighters and support personnel are working to snuff out the threatening flames. 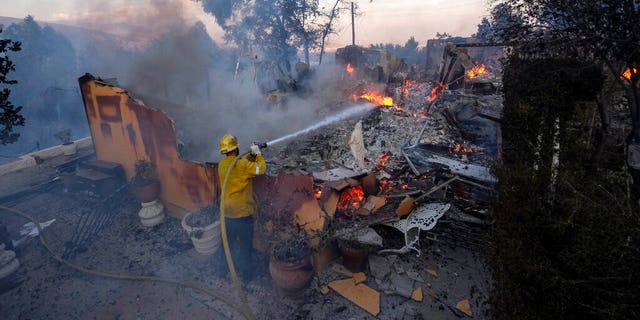 Officials said more than 2,500 firefighters were on the line and more resources were streaming in, including firefighting aircraft.

The Caldor Fire has since spread over the Sierra Nevada, dangerously close to Lake Tahoe, where skies were painted with thick, yellow-colored haze this week. 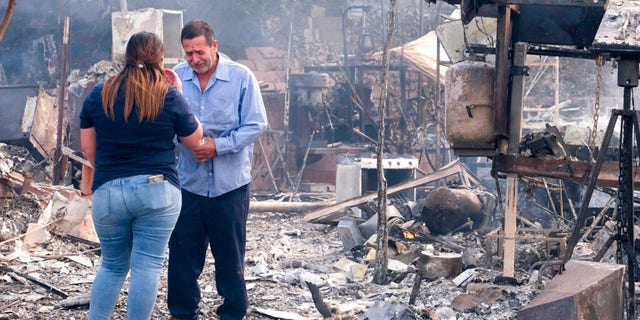 South Lake Tahoe and Tahoe City had the nation’s worst air pollution on Wednesday morning, according to AirNow, reaching the “hazardous” category of the 0-500 Air Quality Index.

The air was so bad that schools in Reno, Nevada, – located approximately 60 miles from the fire – closed for two days and the Washoe County School District’s schools in Incline Village on the north shore of Lake Tahoe remained closed on Wednesday.

Microscopic particles in wildfire smoke – or PM2.5 –  can lead to respiratory problems and other health issues, especially for people with chronic health conditions. 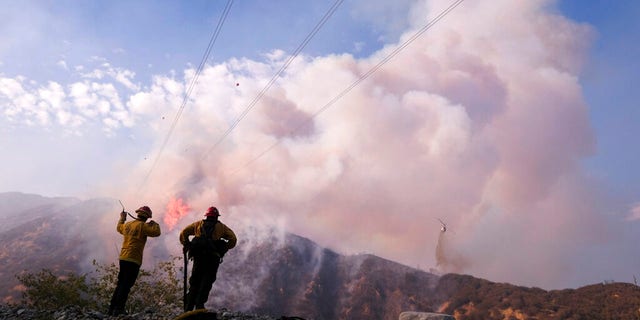 Government programs rely on data from around 950 permanent monitoring stations and mobile units around the country, though stations are notably concentrated around major cities on the West Coast and east of the Mississippi River.

The Caldor Fire wasn’t the only threat as a new wildfire in San Bernadino County forced the evacuation of 1,000 residents and quickly burned several hundred acres, including a dozen homes and structures.

The South Fire, which started on Wednesday, has already reached 500 acres, according to Cal Fire. 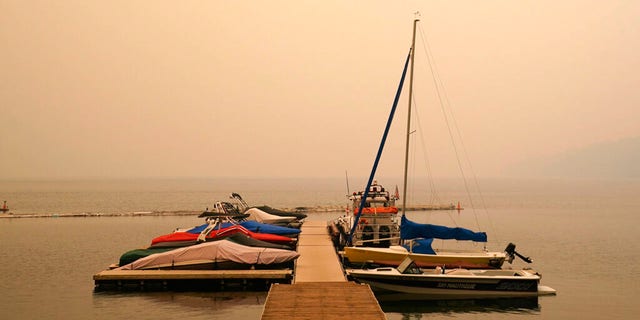 Smoke from the Caldor Fire, shrouds Fallen Leaf Lake near South Lake Tahoe, Calif., Tuesday, Aug. 24, 2021. The massive wildfire, that is over a week old, has scorched more than 190 square miles, (492 square kilometers) and destroyed hundreds of homes since Aug. 14. It is now less than 20 miles from Lake Tahoe.
(AP Photo/Rich Pedroncelli)

In addition, SFGate reported that the Grass Valley Police are ordering residents of the historic Gold Rush town to evacuate immediately due to the Bennett Fire, which also erupted on Wednesday..

On Tuesday, President Joe Biden declared that a major disaster exists in California and ordered that federal aid be made available to local governments, agencies and fire victims in four northern counties.

Ninety-two fires are burning in 13 states, mainly in the West.

According to scientists, climate change has made fires harder to fight each season as temperatures rise and drought worsens due to its impact.