DEVASTATING before and after pictures show the damage caused by the Dixie wildfire as it continues to wreak havoc across parts of California.

The blaze, which is said to be the second-largest inferno in the state's history, was only 21 percent contained on Sunday. 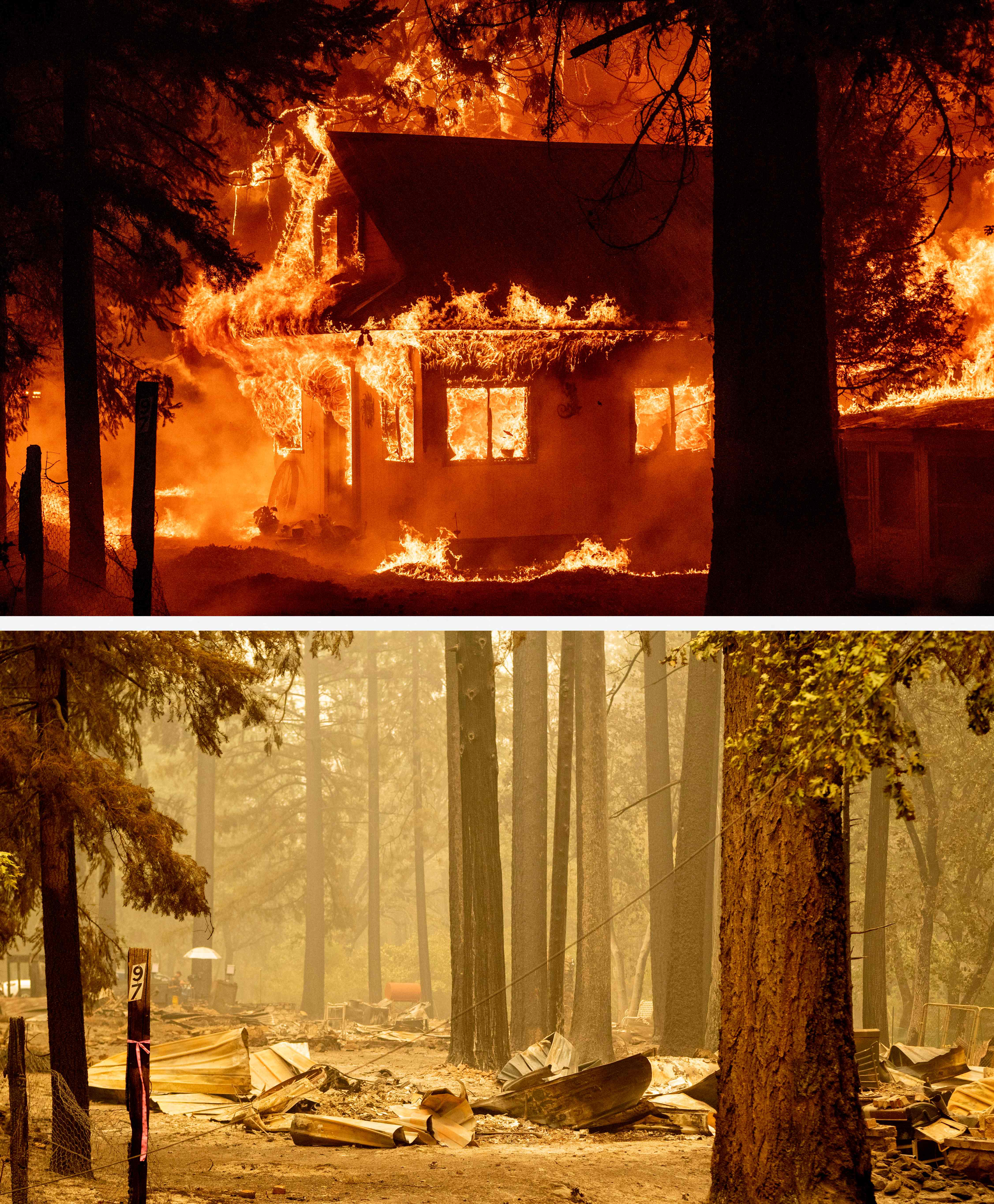 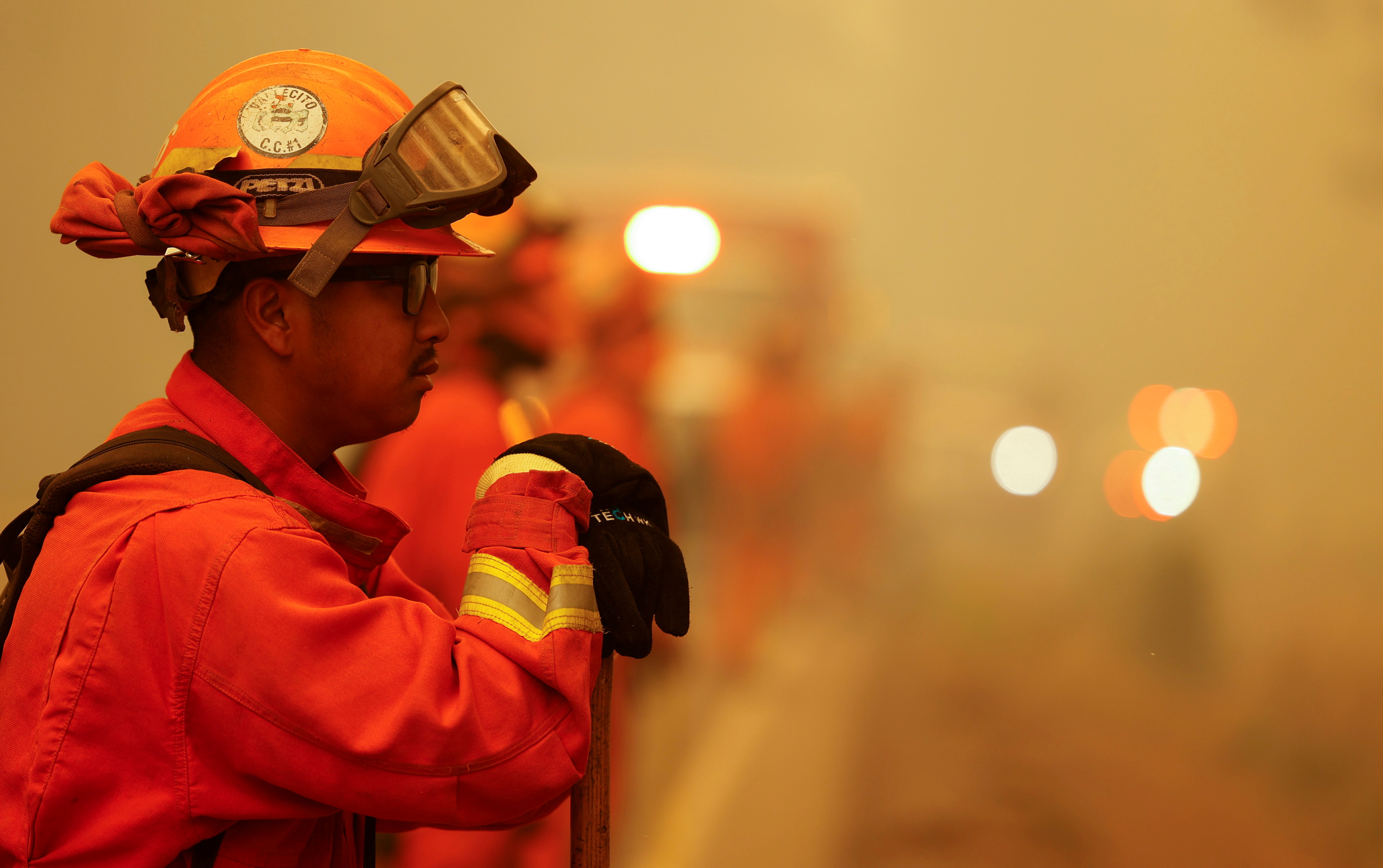 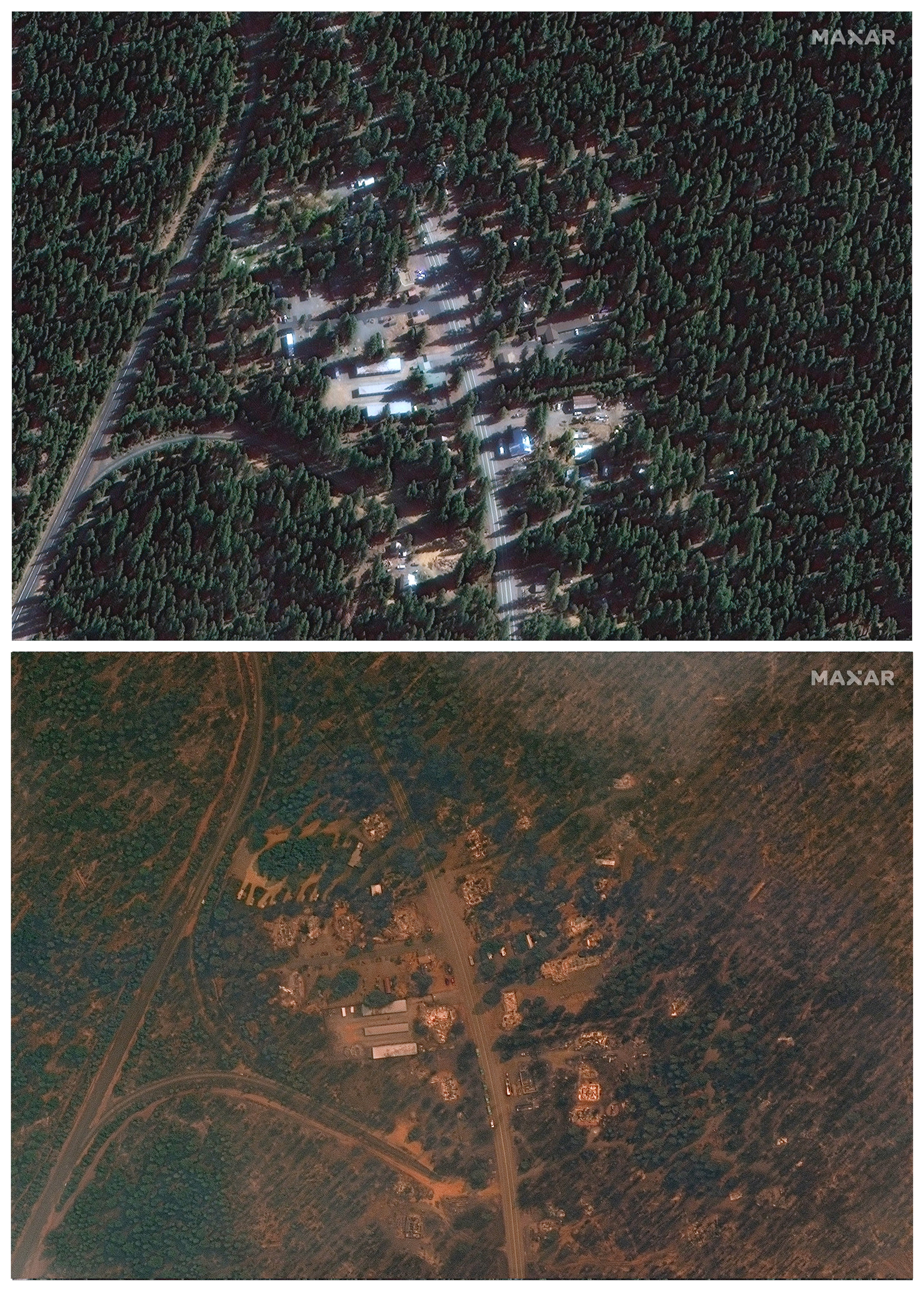 More than 480,000 acres of land have been scorched and the blaze has engulfed an area larger than the size of New York City.

The fire has devastated the town of Greenville, which is located more than 300 miles away from San Francisco.

Shocking pictures show the smoke-filled skyline as the inferno continues to rage.

Homes and buildings are now piles of rubble while abandoned cars have been blanketed in ash.

Churches have been devastated while basketball hoops in the forest have melted.

It’s reported that four people are said to be missing as more than 5,800 firefighters tackle the blaze, according to the MailOnline.

No fatalities have been recorded and residents with information are urged to contact local police. 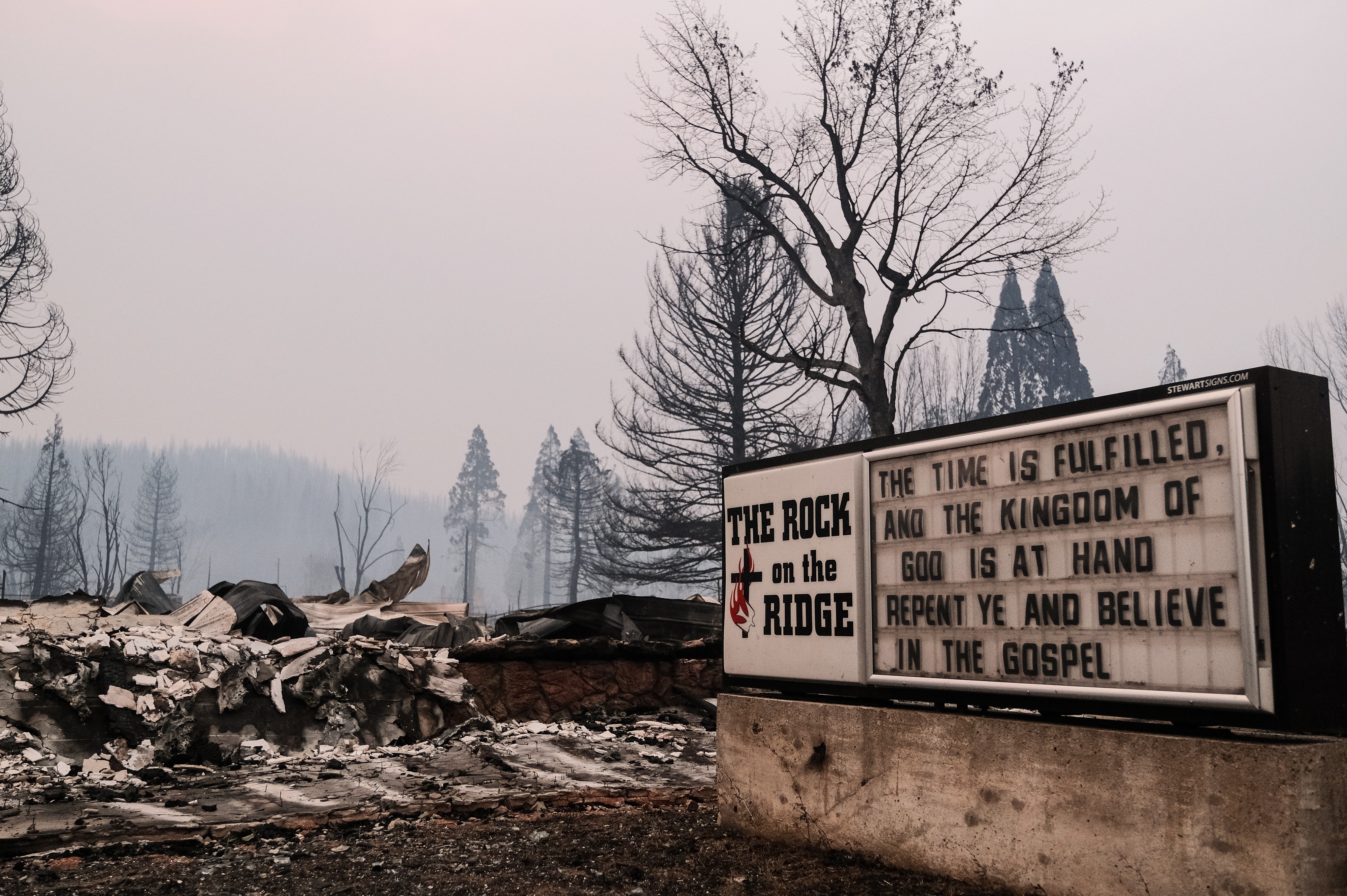 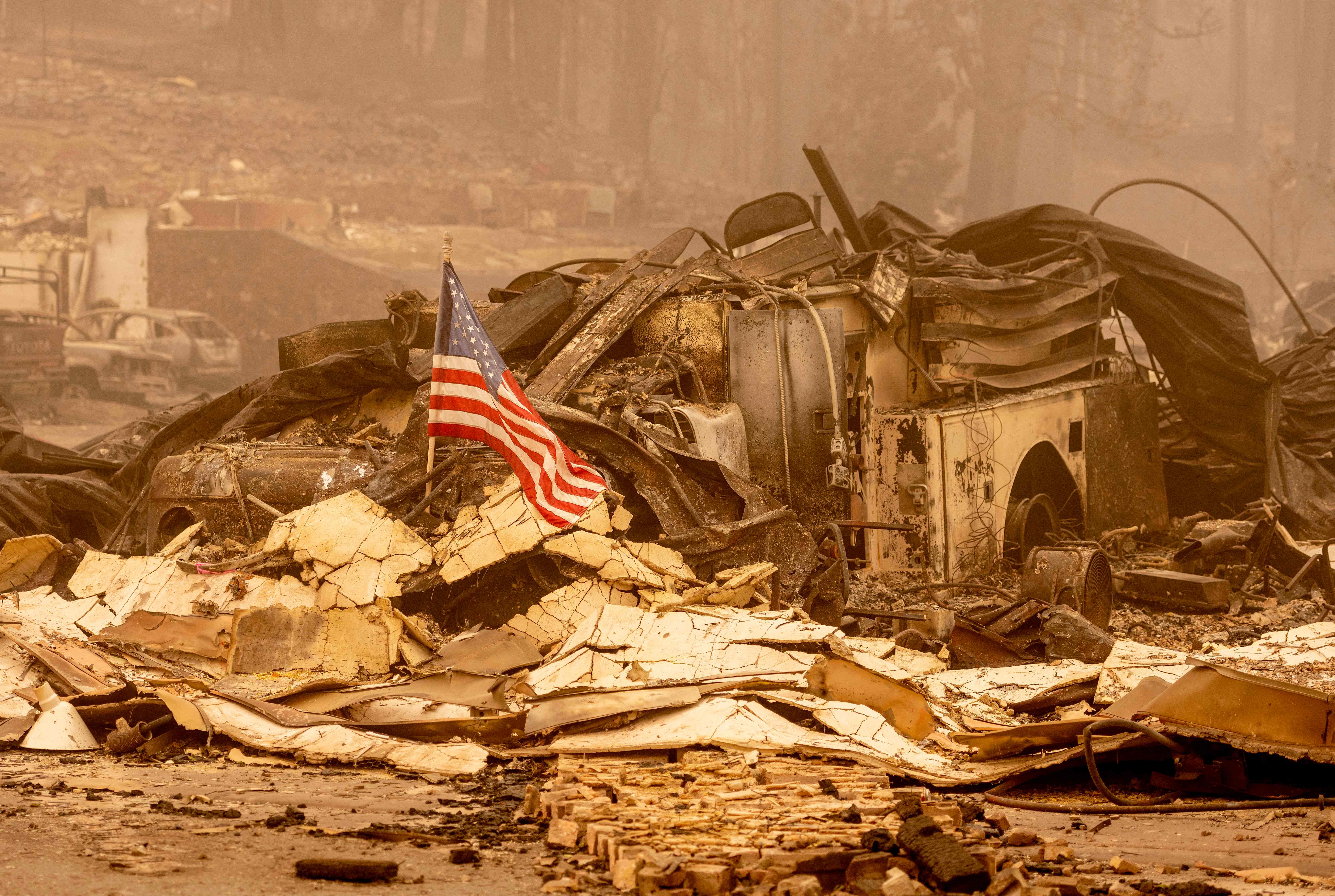 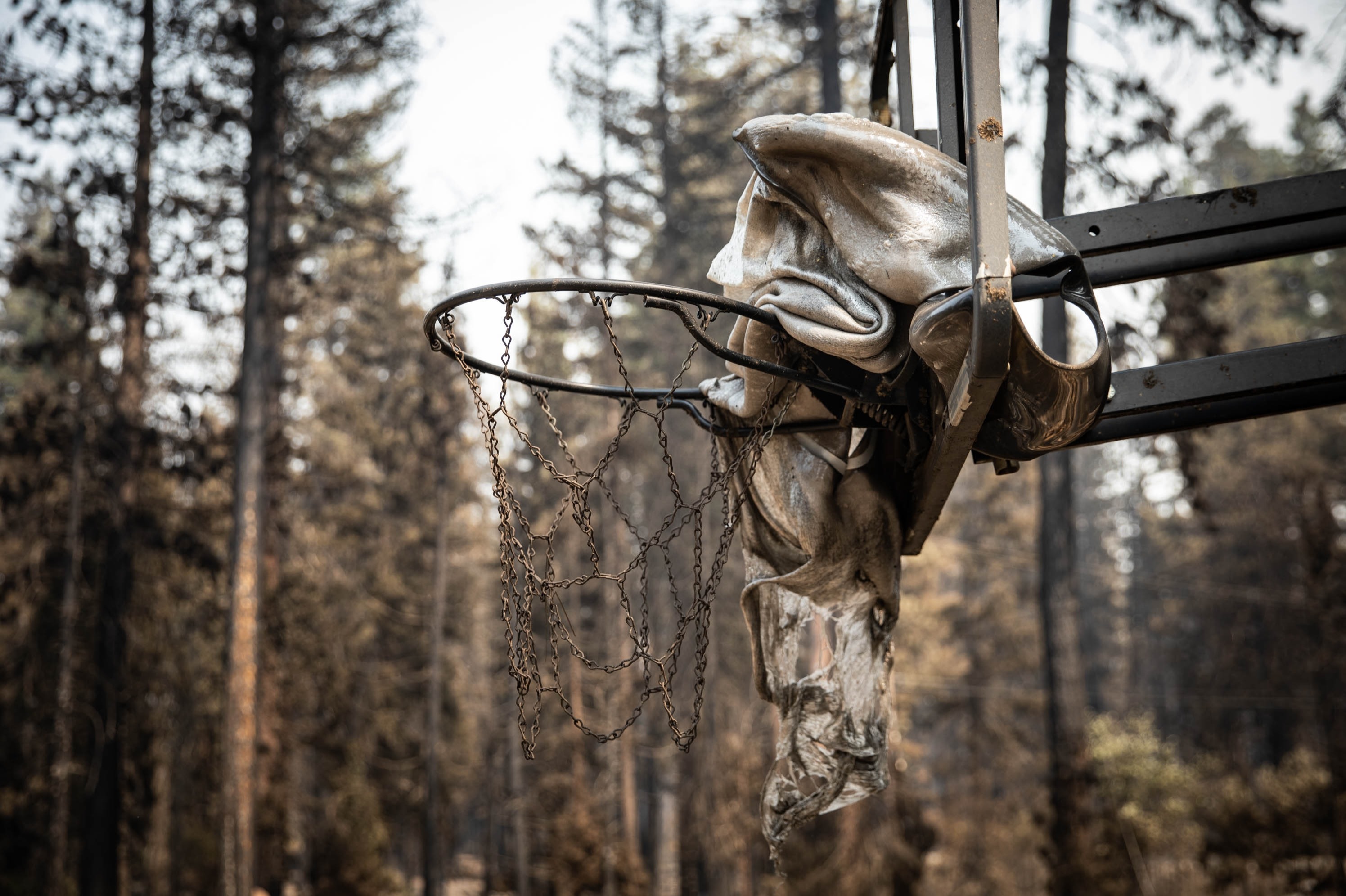 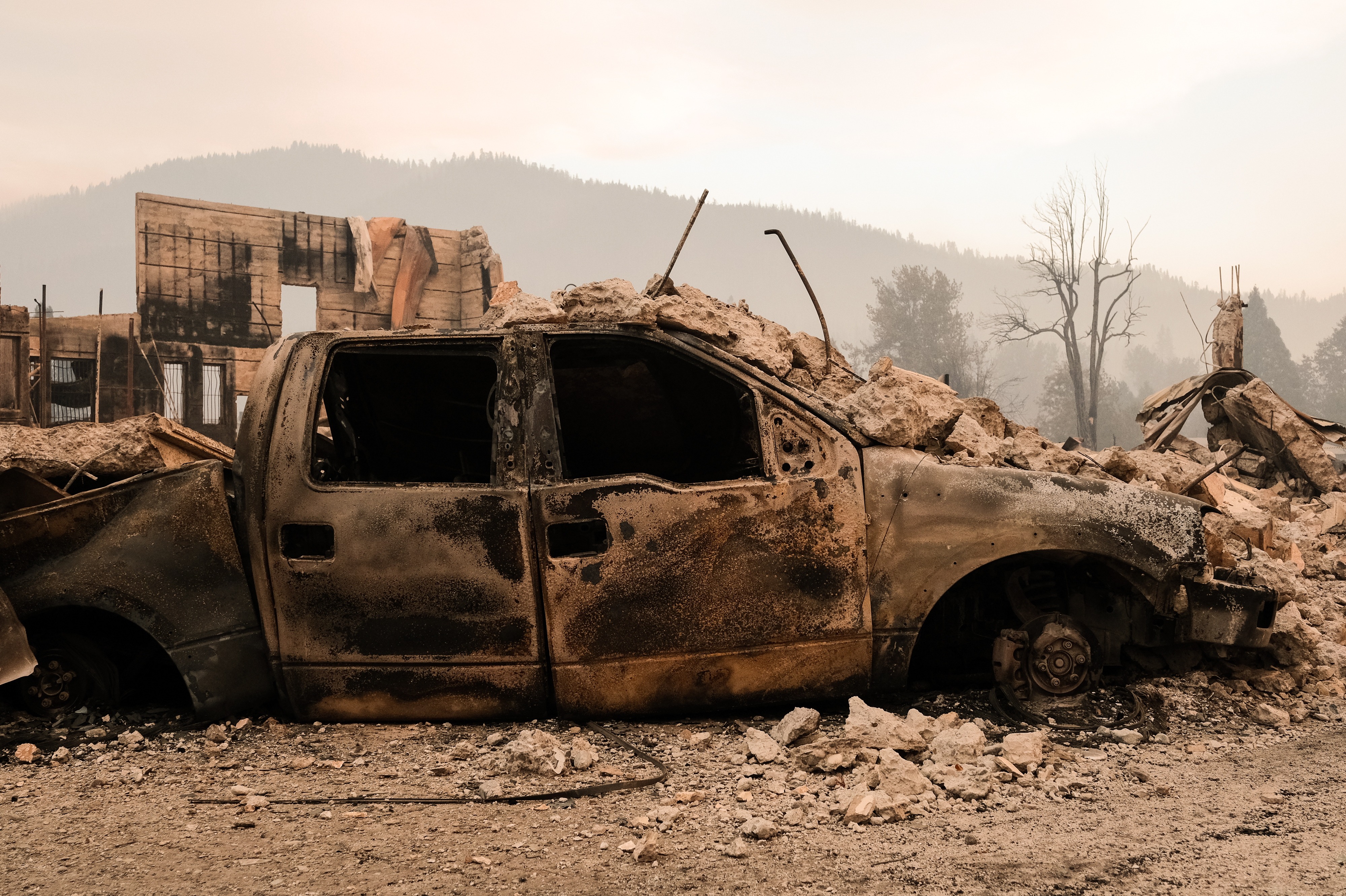 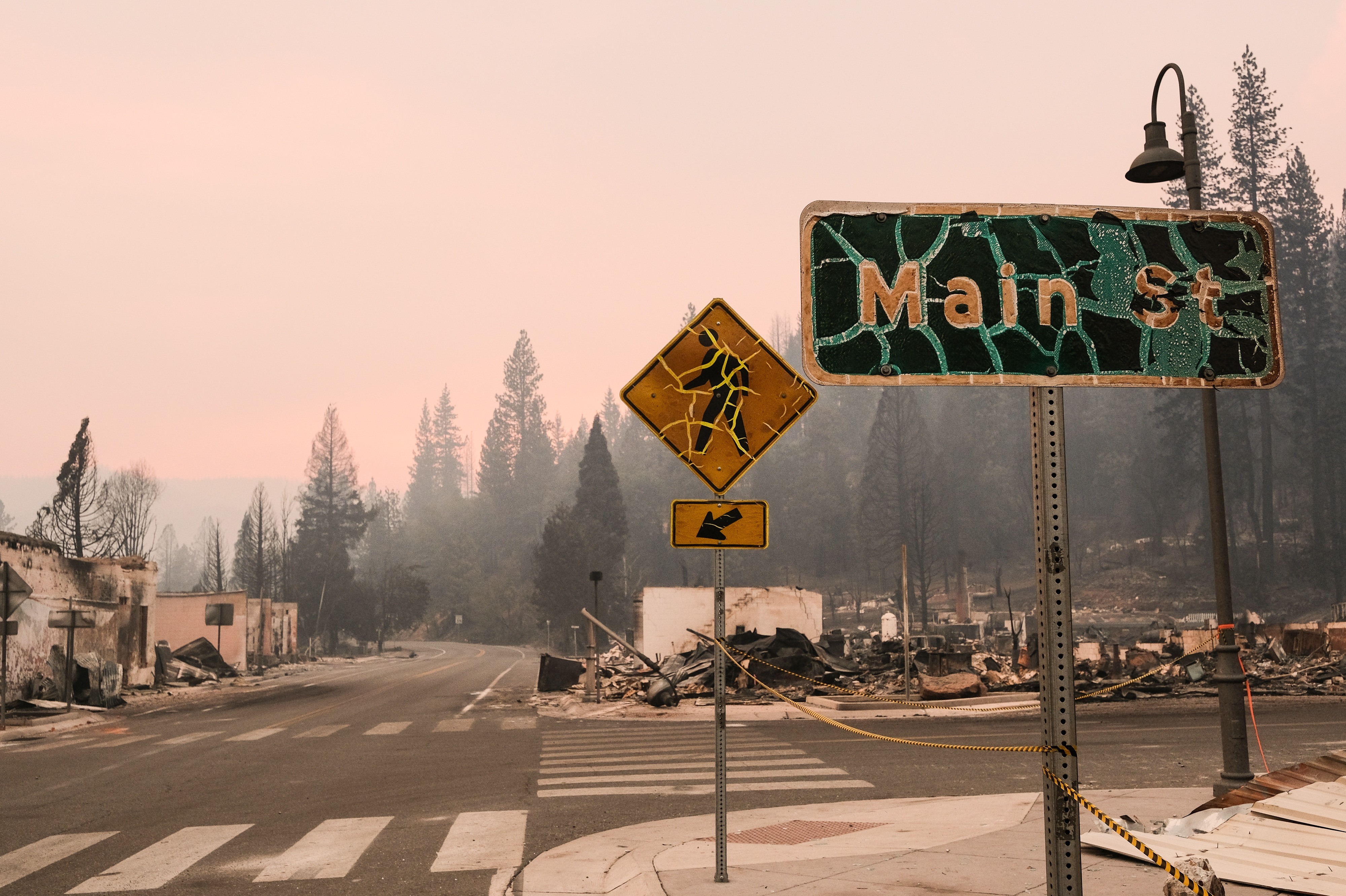 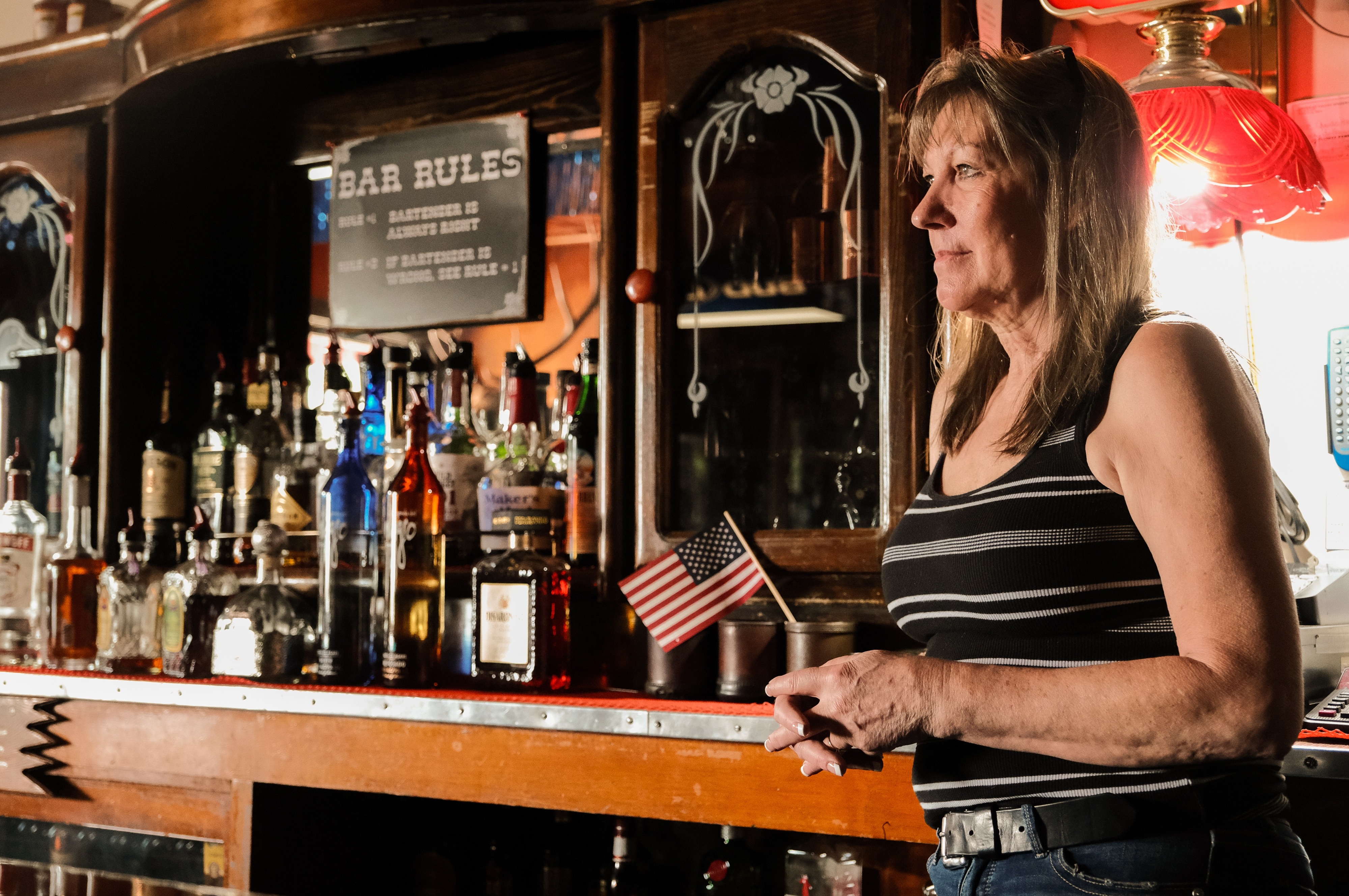 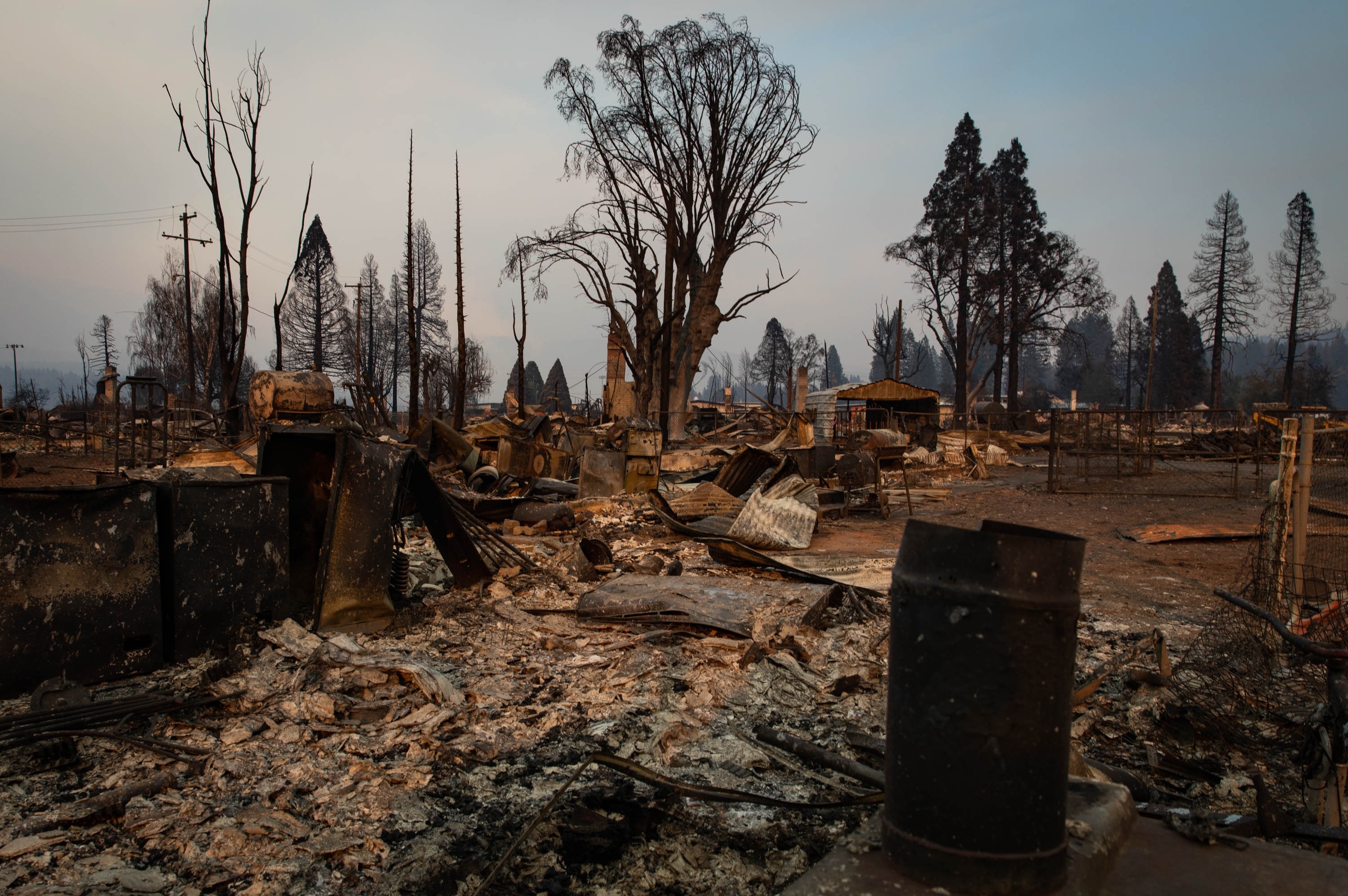 The blaze has already ripped through 370 homes and threatened around 14,000 buildings but forecasters fear “fire-friendly” conditions could return to California.

Drier and warmer weather is likely to hit the state in the coming days as firefighters expect another "tough week", the Washington Post reports.

He warned that crews tackling the blaze are in “unchartered territory”.

But, better visibility is expected meaning planes and helicopters should be able to return to the firefight, according to the Associated Press.

The fire continues to rage as residents reportedly defied evacuation orders with some defending their homes at gunpoint.

Gun-toting Californians reportedly ordered cops to “get off their property” as standoffs became intense.

However, despite the threat to people's lives and property, there is fierce resistance among some residents, who are rejecting orders to leave for their own safety.

Greg Hagwood, a Plumas County supervisor, told the LA Times that there have been tense scenes in small mountain towns including Greenville.

He said those choosing to stay home are being asked to provide next-of-kin details to inform relatives should they be found dead.

Officials warned that the Dixie Fire and neighboring wildfires continue to pose an ongoing threat to residents.

The Dixie blaze generated a towering smoke plume that was visible around at least 70miles away.

Dawn Garofalo watched the cloud grow from the west side of the lake, where she fled with a dog and two horses, from a friend’s property near Greenville.

She told the Associated Press: "There’s only one way in and one way out. I didn’t want to be stuck up there if the fire came through."

Another wildfire, the so-called River Fire has torched around 1,400 acres in Placer and Nevada counties.

The blaze, which broke out on Wednesday, wiped out at least 68 homes.

And, the McFarland Fire, which was sparked by a lightning strike, has threatened remote homes located in the Shasta-Trinity National Forest.

The Dixie Fire has been burning for 25 days and the cause of the inferno remains unknown.

The largest blaze recorded in California's history is the 2020 August Complex Fire.

It burned over seven counties and torched more than a million acres of land, destroying 935 buildings.

Officials fear that this year is currently on track to be California's worst-ever fire season. 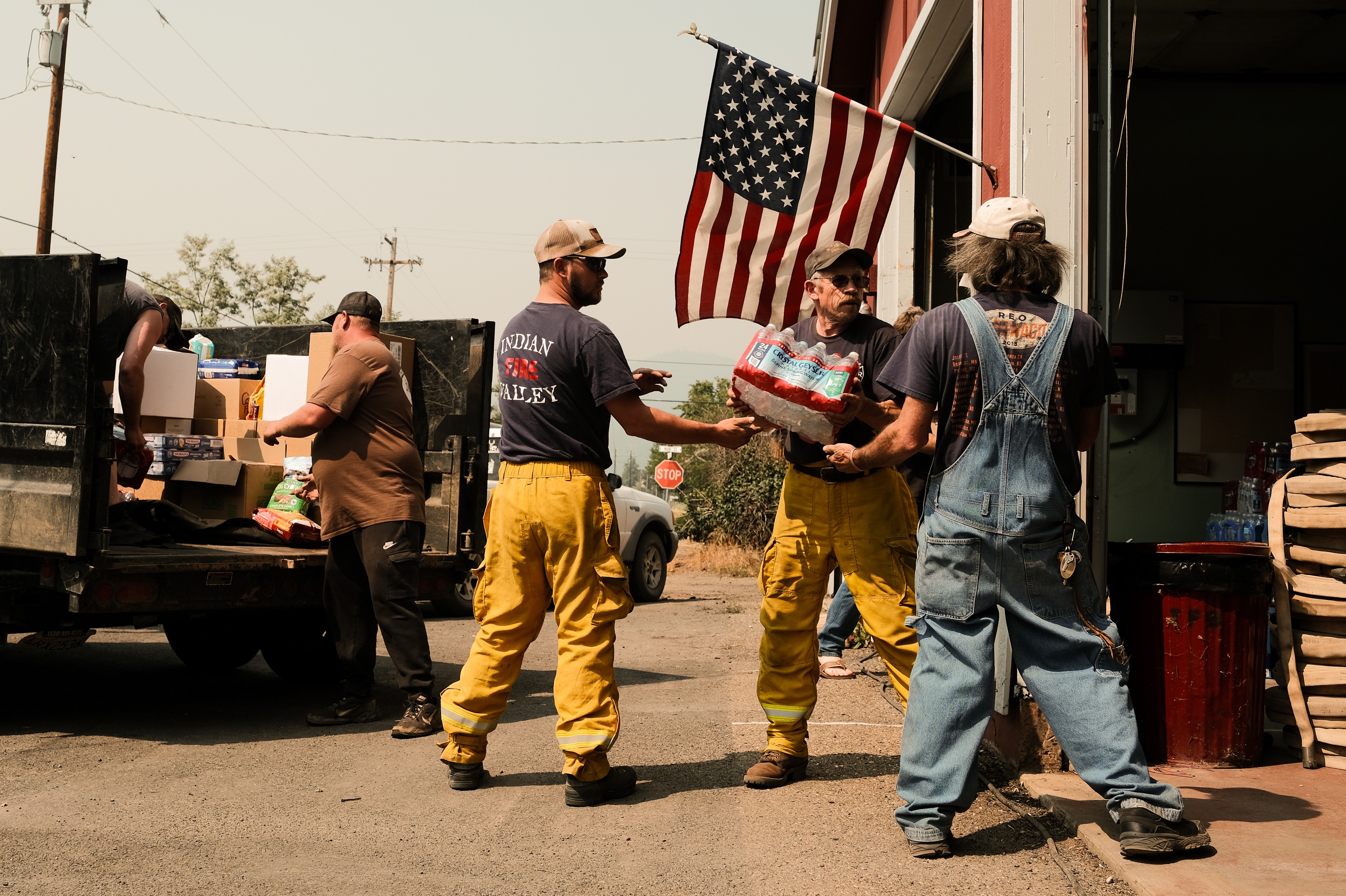 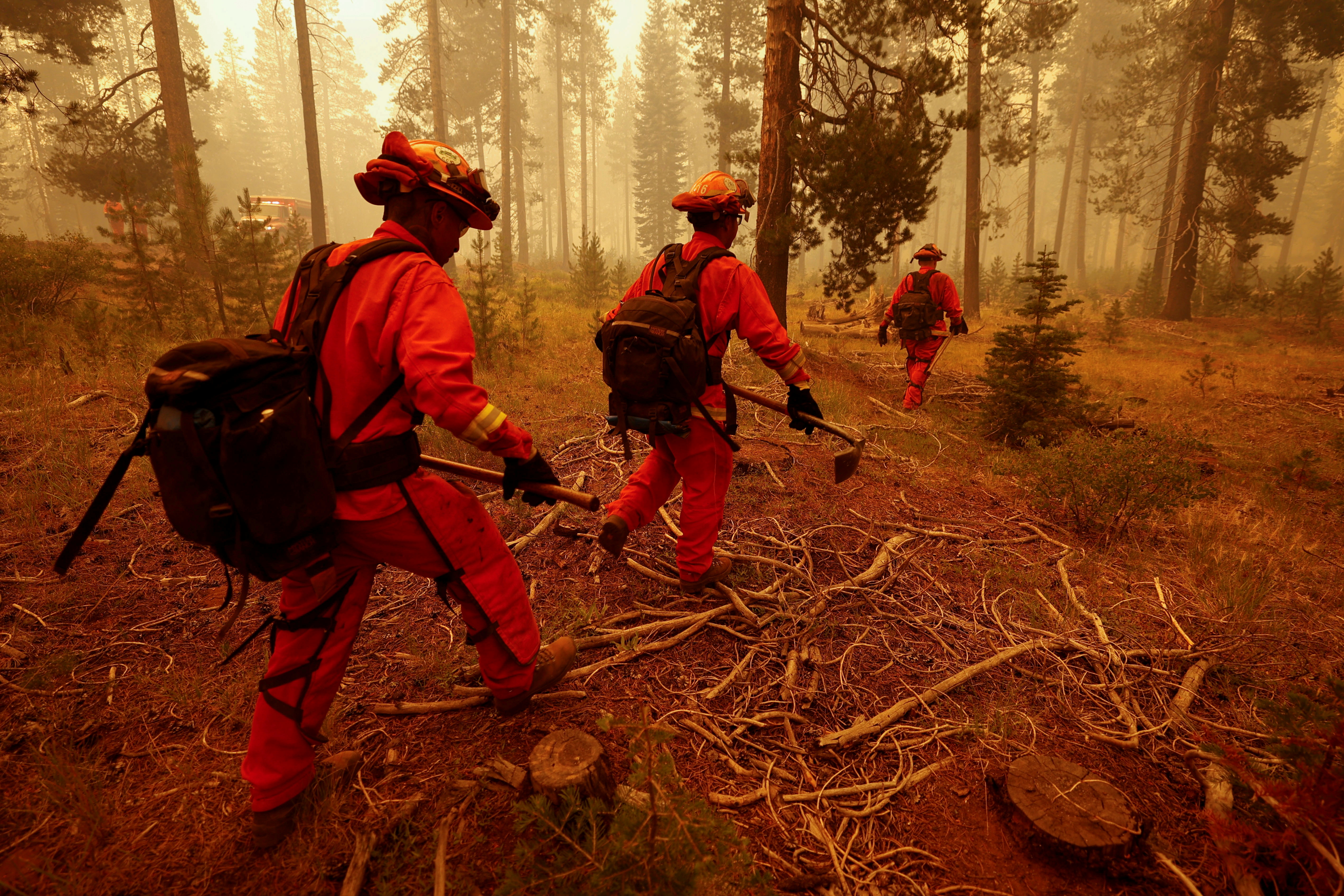 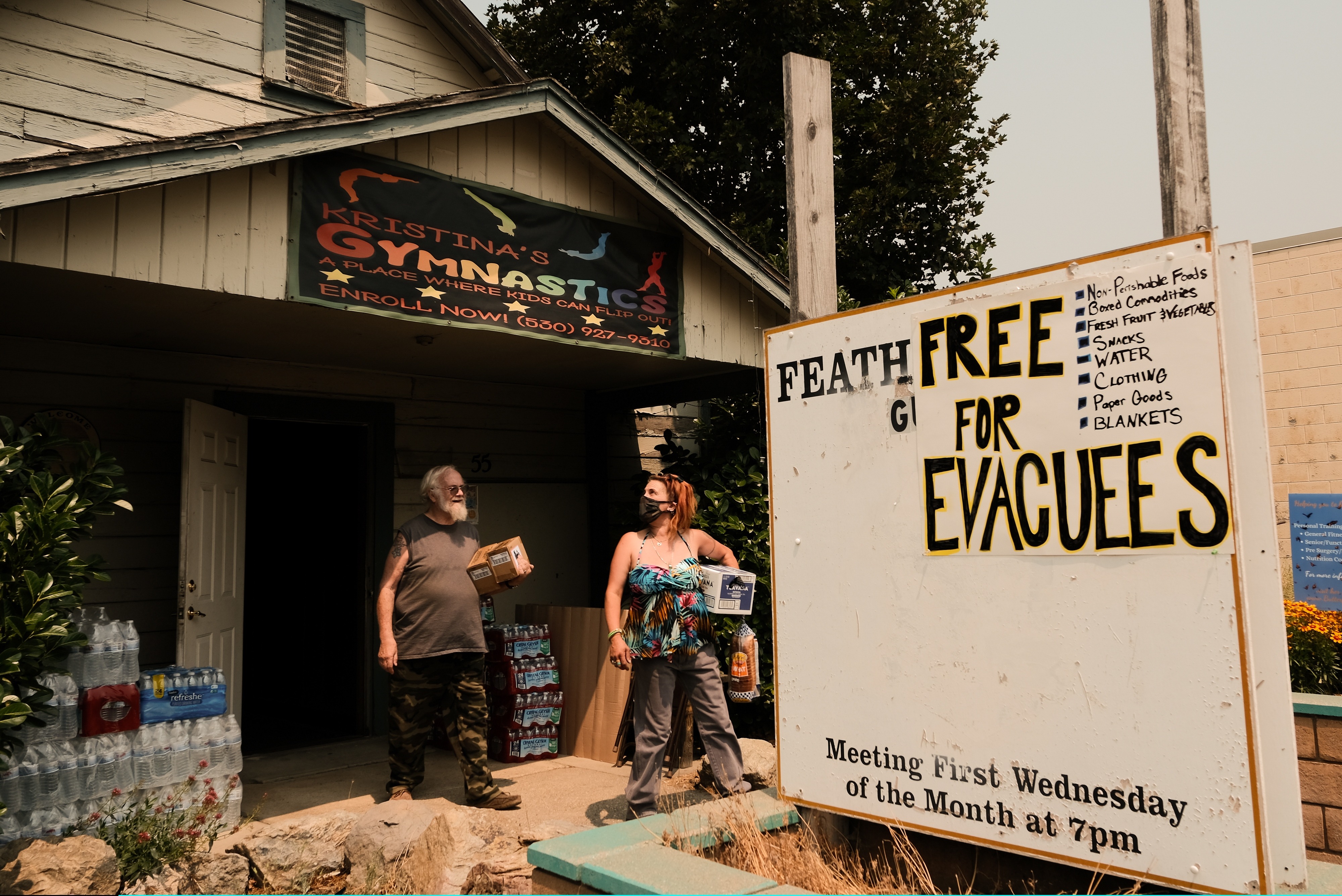