Thirty years ago, Degraves Street wasn’t the iconic Melbourne laneway it is today.

With only a butcher’s shop, a dry cleaners and a florist, the street was a “dump”, according to 80-year-old Mary Ursini, who along with her husband, Pompeo, 85, opened Cafe Andiamo specialising in Genovese Italian coffee on September 29, 1992. 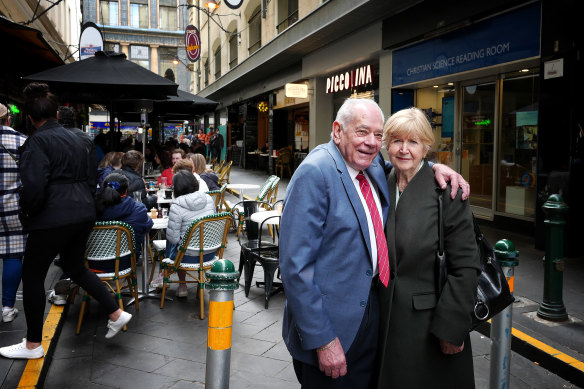 Mary Ursini recalls that back then, the laneway was still being used by delivery trucks and it had an issue with pigeon droppings, forcing Melbourne City Council to do routine clean-ups.

But that didn’t stop the Ursinis from investing in the street that is now synonymous with Melbourne’s coffee culture.

“We chose it because we just loved the area … We had a good feeling that we could really make something of it,” said Mary.

Running between Flinders Street and Flinders Lane, the pedestrian laneway offers tourists and locals a Parisian vibe, with patrons brunching and chatting under cafe umbrellas in the centre of the walkway.

But Mary recalls outdoor dining wasn’t common practice when they first opened and it took a while before neighbouring eateries jumped on the bandwagon.

“[At first] we were only allowed three tables outside but close to the shop, not on the actual street. There was nothing in the middle at all – no tables or chairs like there are now,” she said.

Melbourne Lord Mayor Sally Capp said Cafe Andiamo, which now has new owners, was at the forefront of what became a top tourist destination and represents the city’s coffee and cafe culture.

Capp recalls starting work in the CBD as a young lawyer in the early ’90s and stopping by Degraves Street on the way to and from Flinders Street Station – something that became something of a “rite of passage” for many city workers. 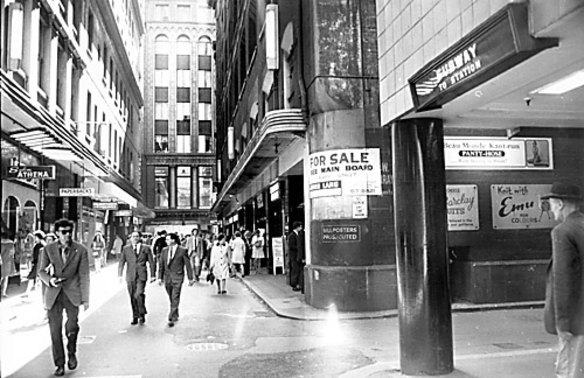 Degraves Street in the 1970s, without tables and chairs running down the middle.Credit:The Age

“It really humanised the city,” she said.

“The Degraves magic has leaked into Flinders Lane and Centre Place and beyond,” she said.

Kathy, who did not want her surname published, the owner of two Degraves Street cafes, said the laneway’s seating was what made it unique. 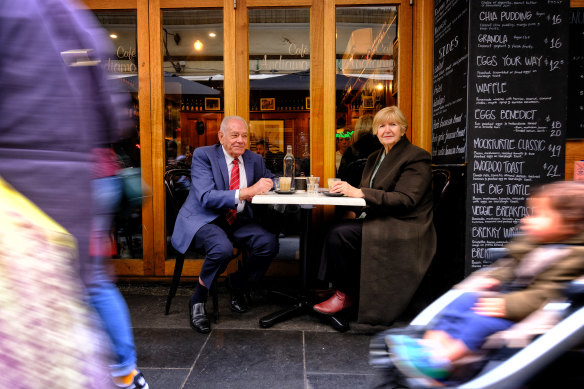 Pompeo and Mary Ursini enjoy a coffee at the cafe they used to own.Credit:Luis Enrique Ascui

“The vibe here is very fast-paced. There’s always something going on,” she said.

“It is the melting pot of the city’s culture and has long been a tourist destination to celebrate what Melbourne represents,” Winterbottom said.

“It’s lovely to know we created this, we made this street what it is today, and we’re really proud to be part of seeding the street cafe culture in the city,” Pompeo said.

Due to health concerns, Mary and Pompeo sold the cafe in 1997.

“It broke my heart,” a teary-eyed Mary said.

But the anniversary, with the couple dressed up for the occasion, isn’t a sad one.

“It’s a celebration today; we’ll go for lunch and spend all day in the city,” Pompeo said.

When asked where they were going, Pompeo had a surprise lunch booking he chose for his wife. At another iconic CBD spot no less: Grossi’s.