A bushwalker who fell six metres down a waterfall crawled for two days with a shattered leg until he was finally rescued.

Queensland man Neil Parker, 54, fractured his leg and wrist in the fall on Sunday while walking by himself at Cabbage Tree Creek on Mt Nebo, northwest of Brisbane.

Mr Parker, who is an experienced guide with Brisbane Bushwalkers, used hiking sticks to splint his leg.

‘I climbed the waterfall many times before (but) with it being so dry and the lime on the rock, slipped,’ Mr Parker told reporters from hospital on Wednesday.

‘I caught myself… but I had too much momentum and over I went… I slid about 20 feet, cartwheeled and slammed into the rock and then landed in the creek on the bottom.’ 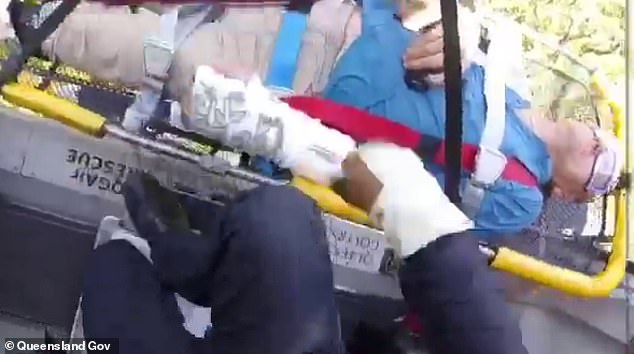 Queensland man Neil Parker, 54, fractured his leg and wrist in the fall on Sunday while walking by himself at Cabbage Tree Creek on Mt Nebo, northwest of Brisbane

‘I went to put my phone into my pocket and missed and into the drink. Now my phone is gone and I thought, ‘the only way to get rescued is self rescue’.’

He then spent two days crawling back to a clearing where he hoped he would be seen.

His family, with the help of the Brisbane Bushwalkers community, launched a search party on Monday.

A rescue helicopter from the Queensland government finally spotted him on Tuesday afternoon.

Mr Parker was winched to safety and transported to Brisbane’s Princess Alexandra Hospital, where he spent the night.

He says he survived because he was prepared and carrying first aid supplies. 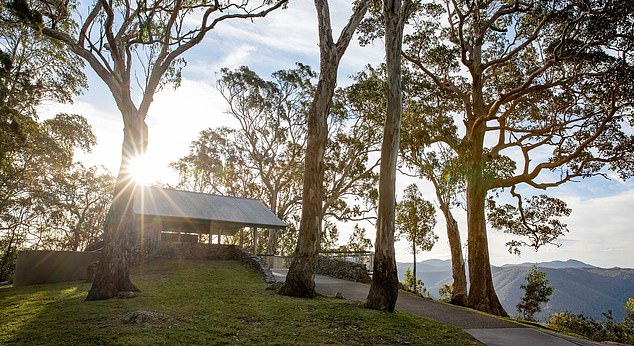 Scenic Mt Nebo (pictured), north of Brisbane, is a popular spot for hikers