SUBWAY passengers were seen running for their lives from a smoke-filled subway car after a gunman opened fire at a Brooklyn subway station.

Witnesses have recalled the terrifying moments after the suspect, still on the run, unleashed the attack. 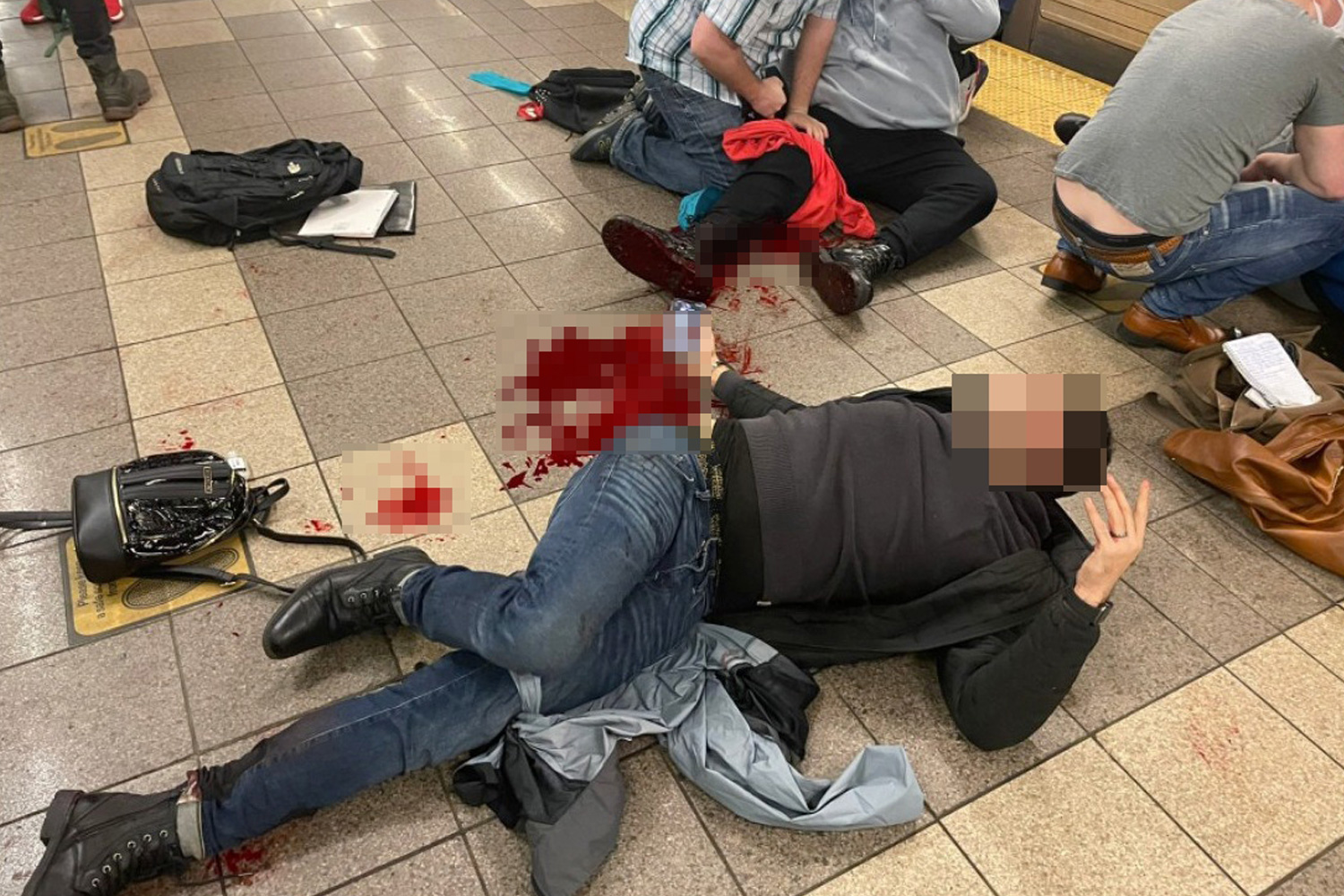 At least 13 people were left injured during the Tuesday morning attack at the 36th Street subway station in Sunset Park.

A witness who was on the N train to Manhattan told the New York Post there were so many rounds fired that she "lost count."

Witness Conrad Aderer told the New York Daily News he saw someone bleeding from a leg exiting the train.

“I was heading into 36th Street Station in Brooklyn when a young guy who was bleeding from the legs said people were injured and bleeding,” he said.