Boris Johnson’s Partygate interrogation will be broadcast on TV in what his supporters have described as a ‘live kangaroo court’, it emerged yesterday.

Major broadcasters are likely to air the entirety of the former Prime Minister’s testimony to Parliament’s Privileges Committee.

It will examine whether he misled MPs about law-breaking parties during the Covid lockdowns.

But key allies of Mr Johnson yesterday dismissed the probe, saying: ‘This is not just a kangaroo court – it’s a live kangaroo court.’ 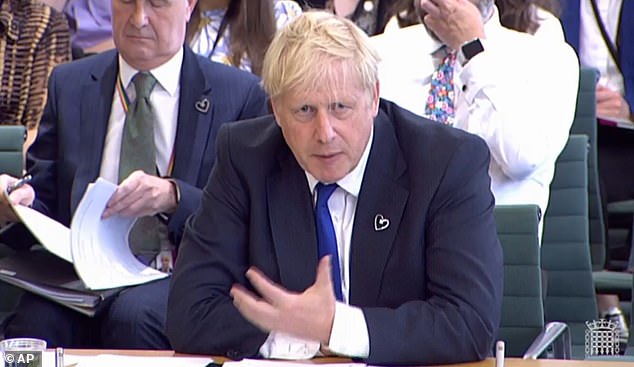 Former Prime Minister Boris Johnson appeared in front of the Liaison Committee in the House of Commons, London, July 6, 2022

They signalled that the stakes were also high for the current Prime Minister, adding: ‘Rishi Sunak was cheek by jowl with Boris in Downing Street when all this was going on. He knew what Boris knew.’

Mr Johnson is expected to appear before the cameras next month and his testimony will be broadcast live on Parliament’s televised feed.

Sky News is already understood to have decided to show his whole evidence session, the Observer newspaper reported. The BBC is likely to decide based on the news agenda that day.

So much sensitive evidence has been submitted to the inquiry that it is being kept in a ‘strong room’, the paper said, with highly restricted access. One source told the paper that some of the claims about parties were ‘decidedly weird’ – and indicated that new information would come to light.

Last week, Mr Johnson was accused of joking at one leaving party during lockdown that ‘this is the most unsocially distanced party in the UK right now’. However he repeatedly told Parliament that he did not know gatherings broke Covid laws in place at the time.

A spokesman for Mr Johnson did not deny the comment but said the then premier had ‘worked constantly’ to ensure the Government did all it could to save lives and livelihoods during the pandemic. The inquiry is also likely to become a headache for Mr Sunak. 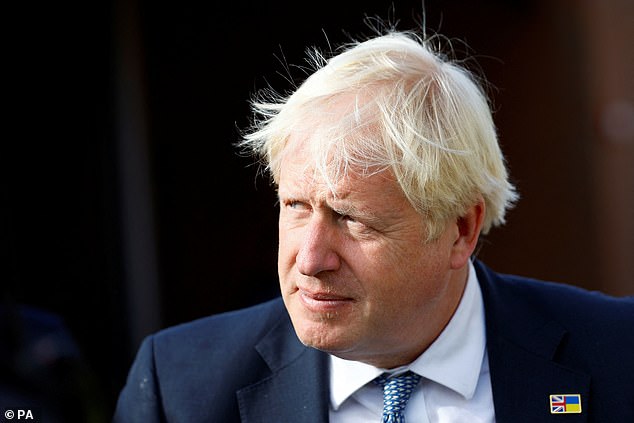 Major broadcasters are likely to air the entirety of the former Prime Minister’s testimony to Parliament’s Privileges Committee. Pictured: Boris Johnson on a visit to Thames Valley Police, Buckinghamshire, January 7, 2023

MPs will have to vote on any sanction on Mr Johnson recommended by the committee. While it is likely to be a ‘free’ unwhipped vote, some MPs said that, in reality, Tories would seek advice over how they should vote. That puts Mr Sunak in a difficult position – Mr Johnson’s allies and Tory members will blame him if he advises against backing the former PM, but voters could punish him if he does the opposite.

The Privileges Committee, chaired by veteran Labour MP Harriet Harman, held a meeting last week to study the information about gatherings in Downing Street during the lockdowns. The documents were released by the Cabinet Office in late November, soon after Mr Sunak became Prime Minister.

If the inquiry finds Mr Johnson to be in contempt of Parliament, he could be suspended from the Commons. If he is barred for more than ten days, there could be a recall petition and a possible by-election in his Uxbridge constituency.

When the Downing Street lockdown parties came to light in December 2021, Mr Johnson insisted in the Commons that ‘all guidance was followed completely’. The probe by the seven-member committee will determine whether the comments broke parliamentary privilege.

A Metropolitan Police investigation in 2022 found that lockdown rules had been broken, and fines were issued to 83 people, including Mr Johnson and Mr Sunak.

The Government has committed to spending up to £220,000 for legal advice defending the former PM during the probe.