Although 23 per cent – almost a quarter – of us are gym members, only 12 per cent use the facilities regularly, the research discovered.

With an average monthly gym membership costing £35, it’s estimated that more than £369 million a month, or more than £4 billion a year, goes down the drain. 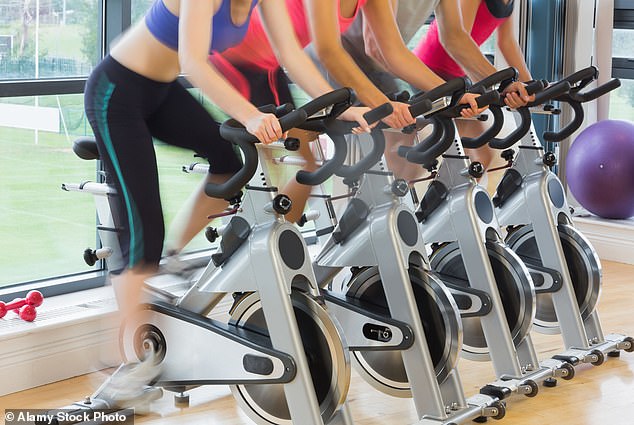 Although 23 per cent of Britons have gym memberships, only 12 per cent go regularly

The research revealed 22 per cent of those who avoid the gym do so because they find the experience intimidating. More women than men said they felt self-conscious.

Eighteen per cent thought people were watching everything they did and another 22 per cent said visiting the gym was boring.

Matt Paterson of Fridge Raiders, the firm that carried out the survey, said: ‘An enormous amount of money is being wasted on gym memberships. People are unsure of what to do and how to use the equipment, or are sick of doing the same things.’ 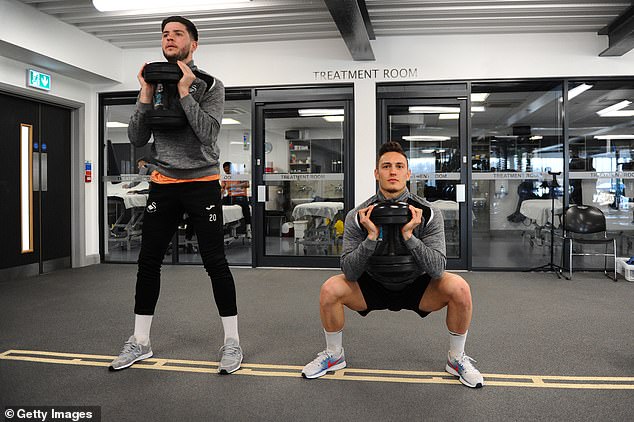 Fridge Raiders, who carried out the survey, said an average membership was £35. Pictured: Swansea City players warm up in the gym during a training session