A Briton accused of heading a key European drug trafficking network has been jailed for 22 years after smuggling 1.3 tons of cocaine into France.

Robert Dawes, 46, was convicted of arranging an estimated £216 million worth of cocaine to be trafficked into France on an Air France flight from Venezuela to Paris in 2015.

The drugs, stuffed in 30 unregistered suitcases, were discovered after an Air France plane arrived at Paris’ Charles de Gaulle airport from Caracas.

Dawes denied organising the 2013 shipment on an Air France flight from Venezuela ever since police arrested him at his luxury villa on the Spanish Costa del Sol in 2015. 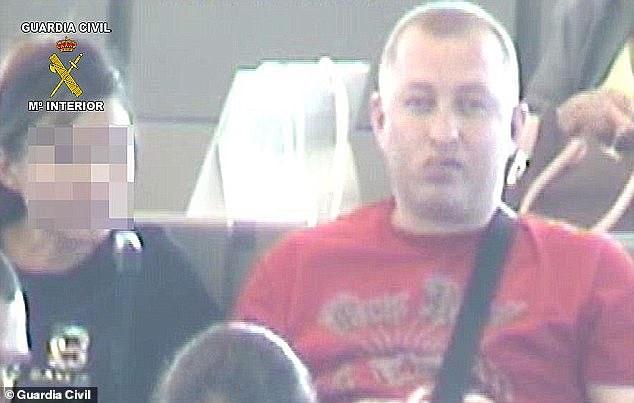 Robert Dawes, 46, was convicted of arranging an estimated £216 million worth of cocaine to be trafficked into France on an Air France flight from Venezuela to Paris

Dawes denied organising the 2013 shipment on an Air France flight from Venezuela ever since police arrested him at his luxury villa on the Spanish Costa del Sol in 2015.

But Spanish police secured a video taken at a Madrid hotel in which they say he claims ownership of the drugs. They extradited him to France shortly after his arrest.

Ahead of the verdict, prosecutor Isabelle Raynaud told the court, said: ‘Far from a small-time fall guy, today we are judging men in the highest ranks of organised crime who supplied European networks.’

Dawes had hoped to get the video dismissed on legal grounds, before prosecutors discovered his defence team had submitted a forged Spanish document trying to prove the recording was illegal.

He then surprised the court – and evidently his lawyers – by saying his claims in the video were ‘just a made-up story’ intended to provoke the police into arresting him so that he could prove his innocence.

He has denied knowing the other defendants on trial: two Britons and three Italians.

They were arrested after undercover officers tricked them into trying to transport some of the cocaine to Italy shortly after its arrival at Paris’s Charles de Gaulle airport in September 2013. 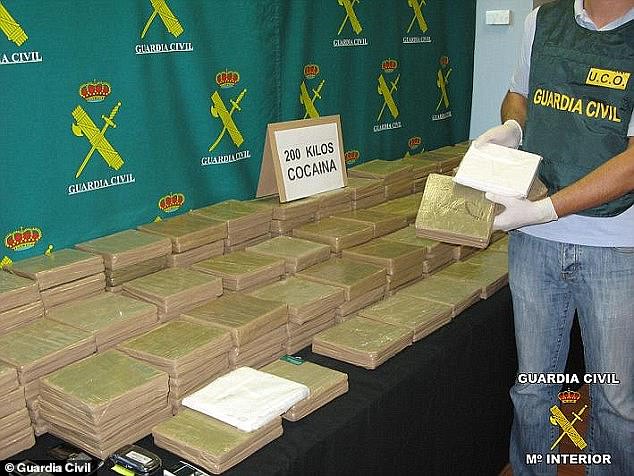 Dawes is of being one of the biggest drug dealers in Europe, running an empire that stretched across eight countries and dealt in cocaine, heroin, money laundering and murder

The investigation linked him to the Italian mafia, South American cartels, and a murder spree that included killings in Holland and the UK.

From his base in Andalucia, he is suspected of importing ‘furniture from China and fruit containers from South America which he would fill with cocaine’.

His cartel also shipped heroin from Turkey and Afghanistan to Britain, police said.

Dawes mainly used shipping containers to move the drugs around, but also lesiure boats and commercial flights such as the Air France one, they added.

He would allegedly meet regularly with representatives of South American crime empires, including the notorious Medellin cartel, at hotels in Madrid.

He is also accused of buying large amounts of drugs from Italy’s secretive ‘Ndrangheta mafia, which is thought to run much of Europe’s cocaine trade from Calabria.

His suspected right-hand man, Dutch citizen Emiel Brummer, was arrested in April 2016 on Spain’s Costa del Sol and extradited to the Netherlands.

Father-of-three Dawes has associated with some of the UK’s most notorious crime syndicates including the London-based Adams family.

Dawes grew up on the Leamington estate in Sutton-in-Ashfield, Nottinghamshire, and is thought to have begun his criminal career in the 1990s working as an enforcer.

He was described as a ‘highly significant international criminal wanted for murder in Holland and drug importation in the UK’ in documents written by the Serious Organised Crime Agency, which later became the UK’s National Crime Agency.

Dawes left Nottinghamshire for the Costa del Sol around nine years ago, moving to a villa in the resort of Benalmadena.

He later relocated to Dubai where he was arrested in 2008 for money laundering.

After serving his sentence, he was rearrested on an international warrant in April 2011 over the seizure of nearly 200kg of cocaine – then worth around £14 million – near Madrid in 2007 and extradited to Spain the following month.

Police in Madrid accused Dawes of using Spain as a ‘trampoline for trafficking drugs to several European countries’, mostly Britain, in a statement released at the time.