Oops, Britney Spears did it again — put out hit music, that is.

For the first time since her conservatorship was terminated, the singer has released a new single: “Hold Me Closer,” a collaboration with fellow music icon Elton John. Their duet is an update of John’s beloved 1972 hit, “Tiny Dancer.”

“I am absolutely thrilled to have had the chance to work with Britney Spears; She truly is an icon, one of the all-time great pop stars and she sounds amazing on this record,” John said of working with Spears. “I love her dearly and am delighted with what we’ve created together.”

Spears was equally excited to be working with John. “I was so honored when the incredible Sir Elton John asked me to join him on one his most iconic songs. We are so excited for the fans to hear it!” she said in a statement. “Thank you, Elton, for having me! I am so grateful that I got the opportunity to work with you and your legendary mind.”

A week ago, the stars’ cover art for the remix debuted, featuring photos of the two as kids. While Spears was her own tiny dancer — literally — in a throwback dance class photo, fans got a look at John as a pint-sized pianist.

News of their upcoming collaboration broke in July, when ET learned that they recorded a duet of the hit and the new version would be released the following month. 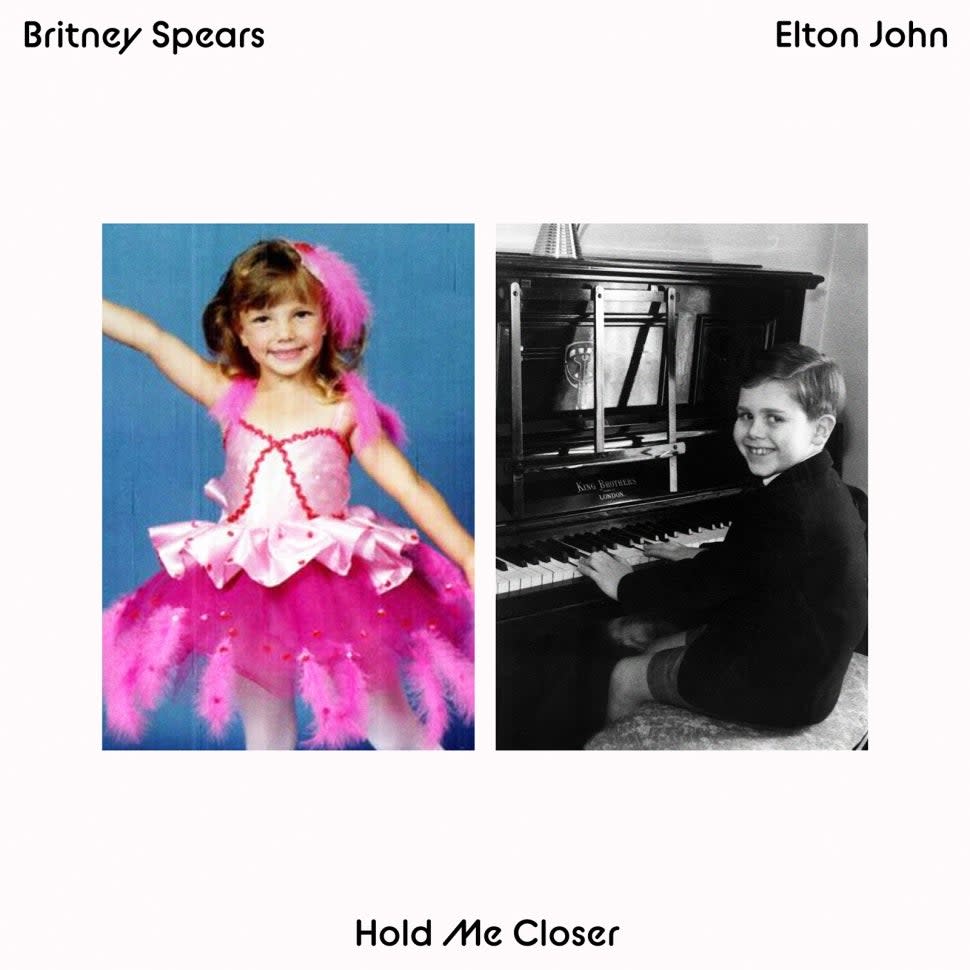 Even more recently, the “Rocket Man” singer shared a bit of the song with fans in a video posted to Instagram. At the time, he played the track and sang along for guests at a restaurant in Cannes, France.

It’s been two years since Spears released any music. Back in 2020, three tracks were widely released for the deluxe reissue of her 2016 album, Glory, including “Swimming in the Stars” and “Mood Ring.” In November 2021, her conservatorship was officially terminated after 13 years.

“Good God I love my fans so much it’s crazy !!! I think I’m gonna cry the rest of the day !!!!” she tweeted at the time with a clip of fans celebrating outside the courthouse. “Best day ever … praise the Lord … can I get an Amen ???? #FreedBritney.”

Spears and John first met in 2014 when they were both at the 22nd Annual Elton John AIDS Foundation Academy Awards Viewing Party. But it was Spears’ 2015 tweet that sparked the idea for a collaboration. According to a press release for the track, upon hearing the first cut of the single earlier this summer, John knew that Spears’ instantly recognizable vocals were the perfect touch to bring the song to life. Reaching out to her directly, Spears immediately said yes.

Speaking to the media and fans, her attorney, Mathew Rosengart, said, “What’s next for Britney — and this is the first time that this could be said for about a decade — is up to one person: Britney.”

Britney Spears Addresses Her Sons Stopping Their Visits With Her